From the sublime to the ridiculous, the world is filled with festivals, whether based on ancient traditions, religion, or simply for entertainment. My 100+ item to-do list is filled with some of these quintessential events. But which ones would I like to like to arrange a private jet, adding to the luxury of the experience? The people at Air Charter Service asked, and I answered. In no particular order, here are my top six events and festivals worth jet setting around the world.

Because of St. Petersburg’s far north geographical location, from late May to early July, the sun doesn’t dip below the horizon. The last three weeks of June are often the brightest days of the year, and this is when the White Nights Festival is held. With events such as classical music concerts, opera, and ballet performance, the Russian capital of culture and its one million people come alive after a long winter. Perhaps the most popular event during White Nights is Scarlet Sails, which began at the end of World War II. A high school graduation party of sorts, this celebration features fireworks over the Neva River and the sailing of a majestic 19th century replica schooner used by the imperial family. Illuminated drawbridges rise to 90 degrees at 2:00 am to allow passage by large vessels. All the while, bands and street performers showcase their talents along the banks of the Neva. 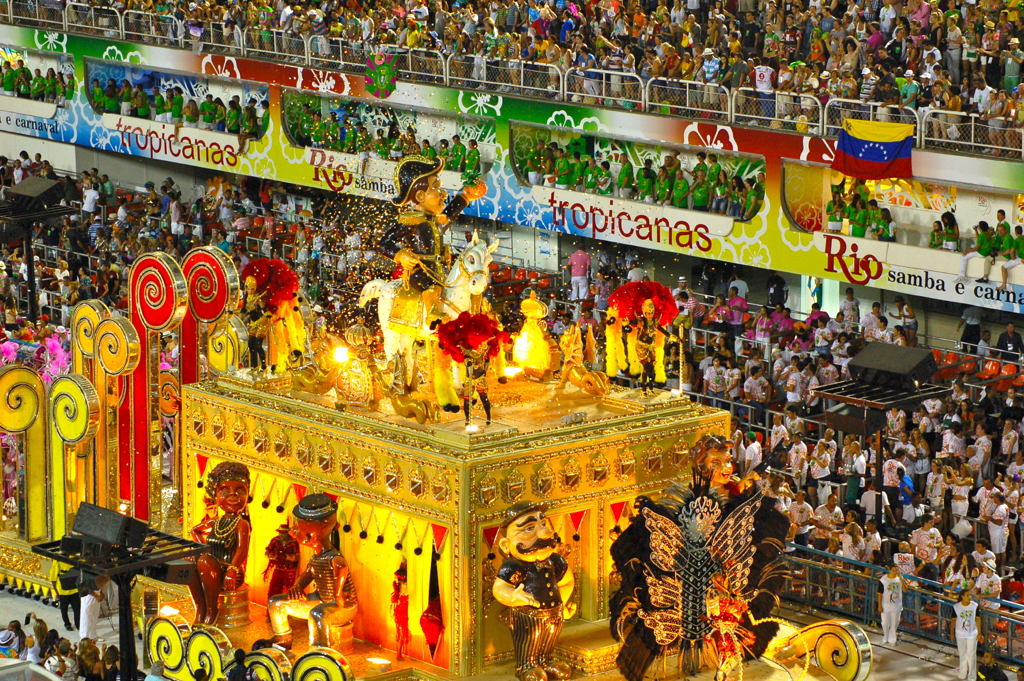 Rio’s Samba Parade isn’t your run-of-the-mill Carnival celebration. What began as a dance festival in the streets, the parades have morphed into a spectacular, over-the-top competition between samba schools, which are social clubs within neighborhoods. The yearly event is held in the Sambodromo, a giant, 700-meter long stadium that holds 70,000+ spectators. For two glorious nights, thirteen samba schools bring the Sambordromo alive with their elaborate, grand pageantry. From sundown to sunup during this nationally televised event, dancing, music, and caipirinhas consume all in attendance.

Switzerland attracts those seeking the ultimate in luxury and refinement, and St. Moritz is the crown jewel of the snow-seeking jet set. Frequented by wealthy Swiss, Germans, Russians, Italians and British who’ve likely arrived by private jet charter, it comes as no surprise that St. Moritz is home to one of the most glamorous sporting events in the world. Since 1907, White Turf International Horse Races have taken place on frozen Lake St. Moritz. With harness and flat races, White Turf also features skijoring, where riderless thoroughbreds race around the track pulling brave skiers. Posh ticket holders watch the action in the finest fur coats, while drinking free-flowing Champagne.

It doesn’t get any more Texan than Willie Nelson’s 4th of July Picnic. Since 1973, the Texas musical legend has been hosting his 4th of July Picnic at various locations throughout the state. The historical two-day music festival features multiple stages showcasing a multitude of musicians, including Willie Nelson himself. Braving the oftentimes-suffocating Texas July heat, thousands of picnic-goers gulp cold beer, often wearing Willie’s trademark red bandana around their heads or sporting American flag bikinis. It’s hardly glamorous, but attending Willie’s Picnic is a quintessential slice Americana on the nation’s birthday.

Argentina is synonymous with polo, so it’s no wonder that one of the most prestigious and oldest tournaments is held in Buenos Aires. The yearly event takes place in the district of Palermo at Club Hippico Militar. Known as the Cathedral by polo lovers, the Argentine Open features the world’s best players and teams. Other than handsome men on impossibly expensive equines, the Open also features glamorous parties in the Argentine capital’s most exclusive bars, nightclubs, and restaurants.

A few of these have been marked off of my to-do list, while others still remain. Whether it’s tomato throwing and baby jumping in Spain or lantern festivals in Thailand and Hawaii, there are thousands upon thousands of festival options in which to choose. What are your top picks? 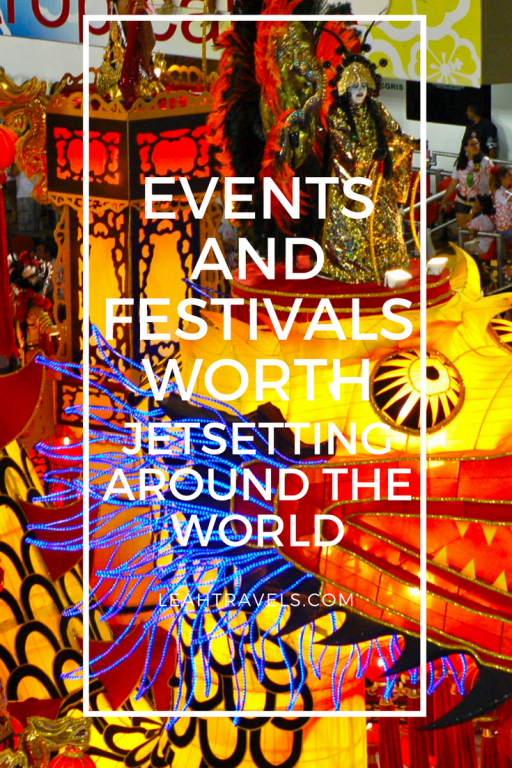