My shins were uncomfortable from the equipment pressing so tightly, but that’s what you want when bungy jumping. Tightness. The harness around my waist was secure and ran the length of my legs, connecting it to my ankle restraints. I walked like a penguin closer to the edge; it was difficult to move at all. Part of that came from the safety equipment and the other part came from the paralyzing fear I was beginning to feel. 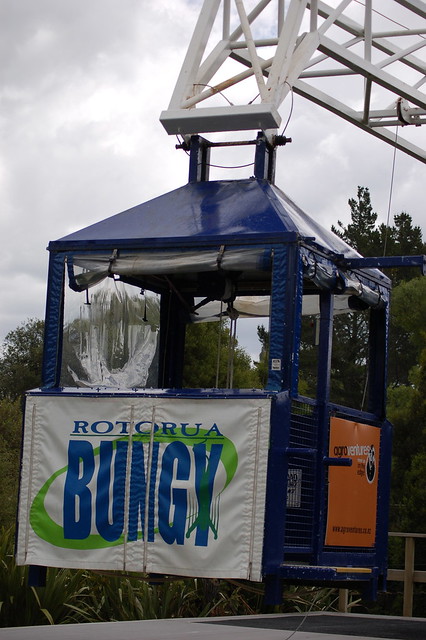 A safe distance from the edge, I looked out over the valley. I saw miles and miles of green grass, rolling hills, and beautiful blue skies. I looked below and saw a rock-filled stream and about ten people staring up waiting for me to jump. My heart began to pound; this was real. I had only made my way through customs in Auckland a mere five hours before.  Again I was back in the air, but this was different. I was not in the safe confines of my Air New Zealand economy seat.

“Move to the yellow line,” said the young man from Agroventures in Rotorua, New Zealand.

His nonchalant, calming voice was trying to convince me that jumping off a 143 foot high platform was no big deal. And to him it probably wasn’t. He’d probably jumped hundreds of times and seen thousands of jumps. But I didn’t care about all those other jumps; I only cared about my jump. Would these ropes hold? Were they measured correctly? Would I have a heart attack before the cord even stretched out? Why did I choose the bungy from Reserve123? There were tons of other activities I could have picked…ones that were a lot less stress inducing.

“Come on. You’ll love that you did this. The thrill is unbelievable!” 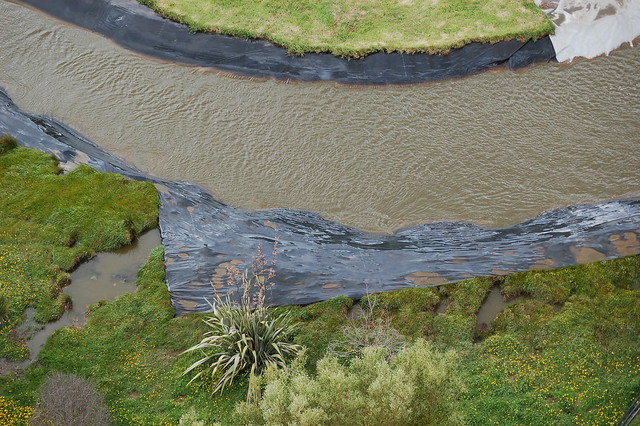 My mind knew he was right. Bungy jumping is on my bucket list. I couldn’t come to New Zealand and NOT bungy jump.  My common sense told me that I would be stupid to jump off something so high with only nylon, metal, and other ordinary stuff keeping me from killing myself. My stomach started churning.

“Just fall forward. You don’t even have to jump. Just fall.” 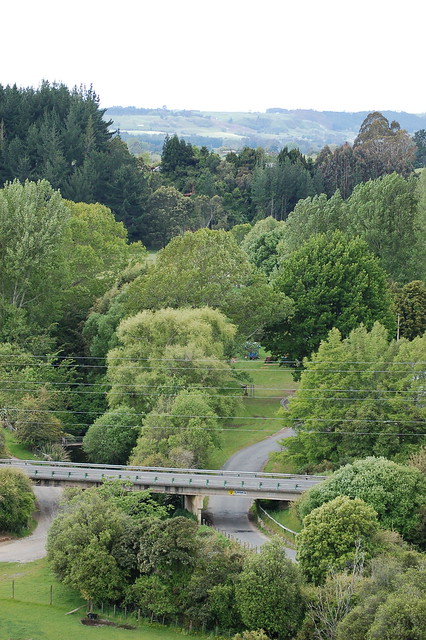 I waddled a little closer to the yellow line. The weight of the thick cord pulled me down when it was dangled from the ledge. I felt as if I wouldn’t have to fall or jump; the cord’s weight would just jerk me down. The more I thought about it, the more scared I got. I began to shake and fear that a stiff breeze would blow me off the platform.

My mind was made up, and he pulled the cord back onto the platform and removed the equipment. I was assured that he’s seen grown men cry and chicken out. I know he was trying to make me feel better, but it didn’t. I was disappointed in myself. Never in my wildest dreams did I think I would not follow through and jump. As we were lowered to the ground, I began to regret my decision. Why did I let my mind get in the way of this experience? 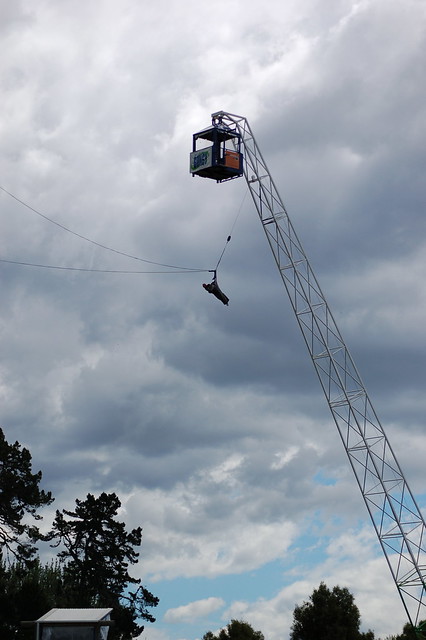 I made my way back to the office and saw the sympathy-ridden look on the workers faces. I could tell that this wasn’t the first time they’ve seen a customer make that walk of shame. I asked for the photo taken during my assent; I needed a reminder of my cowardice. After all, I was going to Queenstown, the home of the bungy, in a few days time. I had an opportunity to redeem myself. I had another chance to mark bungy jumping off my bucket list. I needed to have a visual representation of my fear and how it kept me from doing something I really wanted to do.

The photo was deleted.

Even though there is no photo, the image is burned into my mind. Perhaps I bit off more than I could chew with the bungy. Maybe my New Zealand adrenaline adventure needed to start off a little more tame; I could work up to the more extreme stuff.

Now that I’m Queenstown, my husband keeps talking about bungy jumping. He’s going to do it, but I’m still not sure if I can just “fall.” It’s a lot easier said than done.

Check out the account of my husband’s Kawarau Bridge bungy jump with tons of great photos here.

This heart-racing activity and thousands of others can be booked through Reserve123.com.