Paris is a place that seeps into your soul. Her captivating beauty can easily penetrate even the most hardened heart. Paris has seduced literary greats such as Hemingway, Fitzgerald and Wharton, and inspired artists like Cézanne and Picasso. Clearly, I’m no match for her charm, and find myself in good company with this shared admiration.

I believe I loved Paris before we ever met, an idea that took several years to realize. Contrary to so many others, I was a little ambivalent about Paris, and really, France as a whole. There were no schoolgirl dreams of the Eiffel Tower and walks along the Seine holding the hand of a handsome Frenchman. It wasn’t until my first trip in November 2012 that I finally understood what the fuss was all about. A dozen trips later and countless tears shed at Charles de Gaulle, and I’ve made the City of Light my home. Recently, a Parisian friend said something to me that really struck a chord. “You’re an American with a French heart.” There was no explanation needed. I knew exactly what he meant. 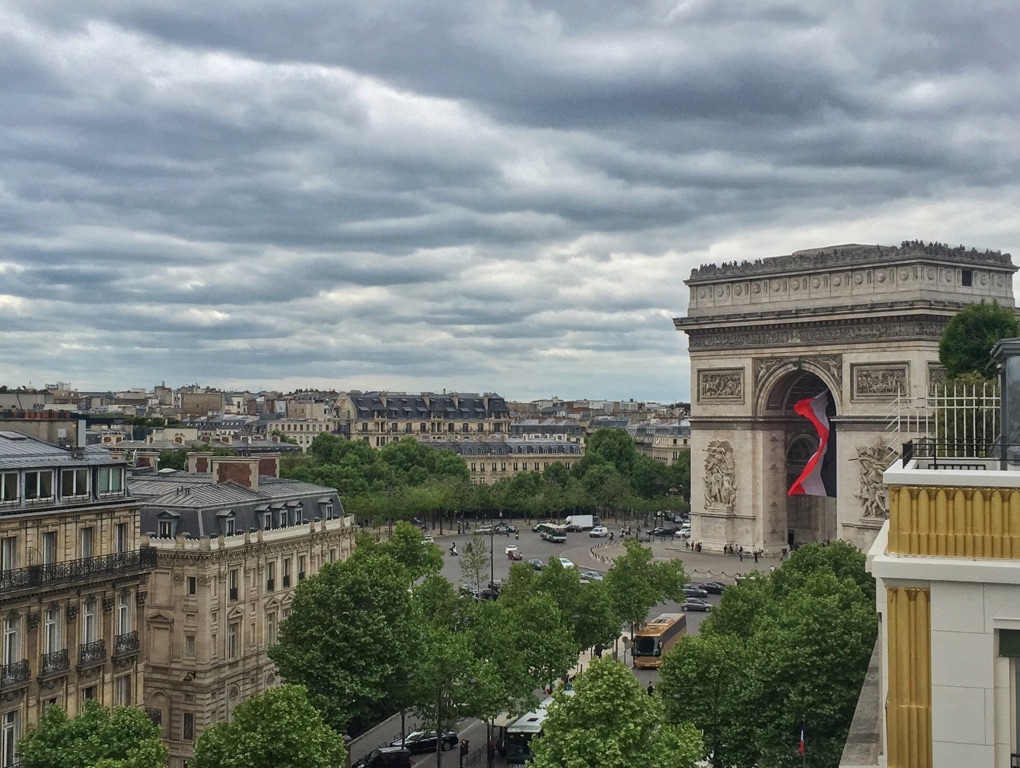 For the most part, I agree with him. I’m certainly a Francophile, a lover of most things French. But French I will never be, no matter how long I live in this country. The strange thing is that I don’t exactly feel American either. I’m proud of the Stars and Stripes and cling to my Texan roots like a pit master to his recipe for BBQ sauce, but I feel the grip loosening each month I’m away. It’s like I’m the embodiment of Dante’s Purgatory—not French and no longer quite so American. In Paris, I’m standing on one of Purgatory’s mountain terraces {probably gluttony} with the rest of the expats. It’s a difficult feeling to put into words and something you won’t understand, unless you’ve been an expat yourself. 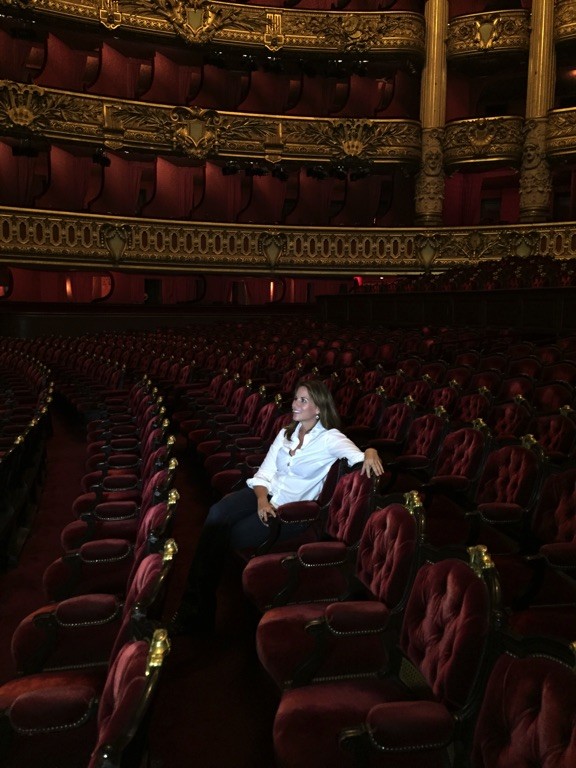 I’ve reflected quite a lot on the words of my friend. Was I born with this ‘French heart’ and finally found my spiritual home? Or have I simply assimilated to the place I’ve grown to love? I’ll likely never know the answer, but I know I’ve changed. Well, at least some of my priorities have changed.

Weekends in the fall are different. No longer am I glued to the television, watching a marathon of college and professional football games. If it weren’t for my Facebook feed, I wouldn’t have a clue what’s going on in the world of American football. Now, I’d rather watch the world pass by in the Tuileries or on a terrace than see Tony Romo passing to Dez Bryant. 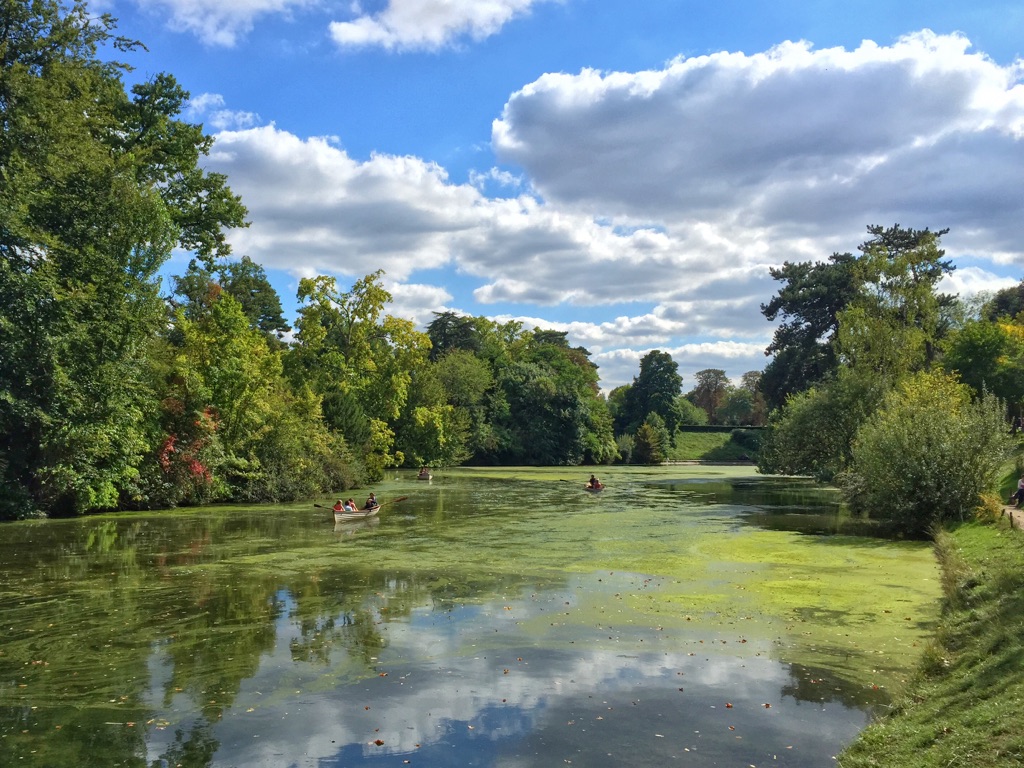 I pay much more attention to the news. Honestly, this change initially came about due to limited English TV channels. Sufficiently trained, my mornings now begin with a hefty dose of BBC, France 24 in Anglais, and CNN International. It’s fascinating to hear different perspectives of the world’s events and also keeps me abreast of the latest French news. I now realize that America is in a bit of a cocoon. It’s a massive country and very much removed from ongoing stories in Europe, Africa, and the Middle East, unless it directly affects America. Comical at times and eye opening at others, watching the news from across the pond is a study of how Americans are perceived overseas. I either find myself yelling at the TV or nodding in agreement when the subject turns to my home country–Purgatory, for sure. 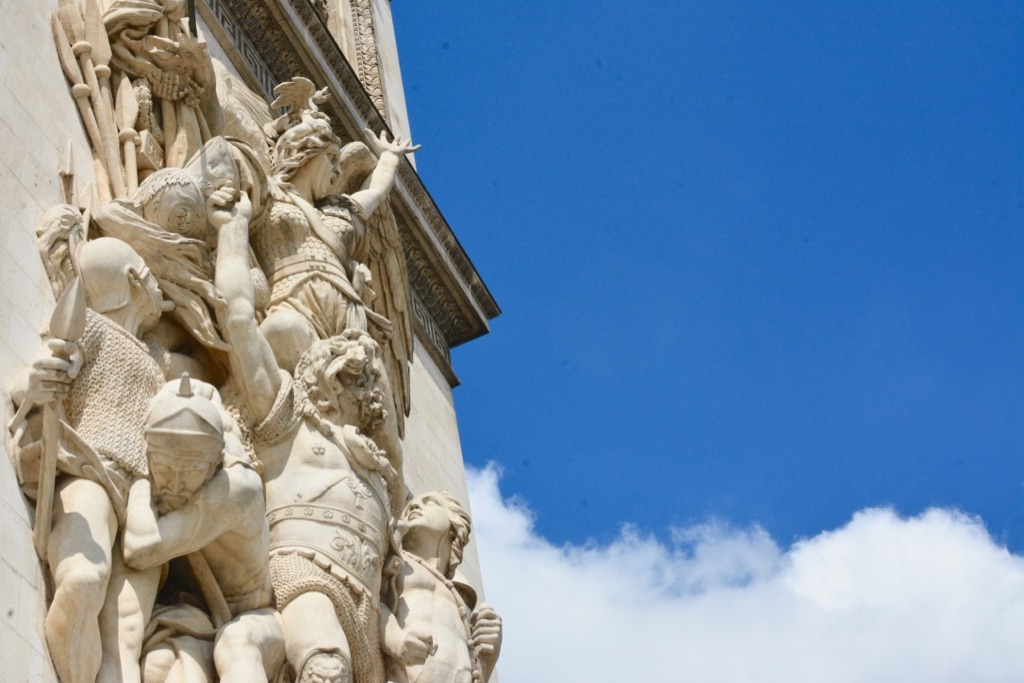 When I decided to move to Paris, I knew that I would have concessions to make, namely regarding space. Gone are the wide-open spaces of Texas, where even in Houston and Dallas, a massive SUV can easily find a place to park. Small cars and even smaller apartments are the norm in Paris. For the most part, I’ve come to grips with my flat–a tiny IKEA temple. But, I’m not going to lie; there are those days that leave me asking myself, ‘What the hell am I doing?’ 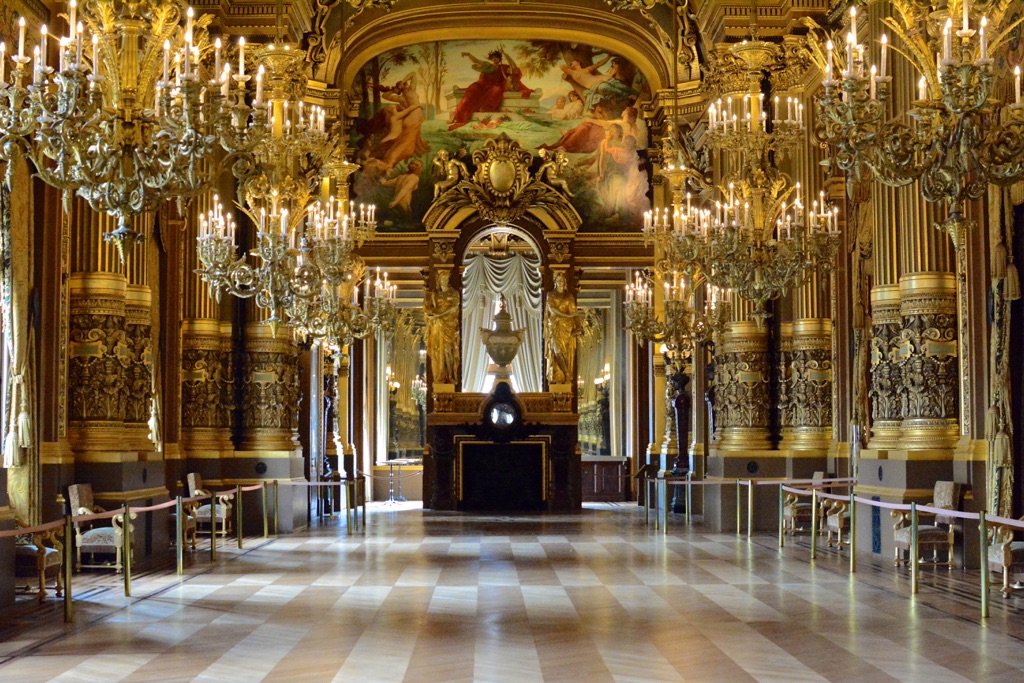 In Houston, I had a closet only for sweaters. In Paris, I have shoes in my oven. Alas, I’ve almost made the transition, though not without a few tears. Making a distinction between my wants and my needs has been a process. The number of times I’ve stared out my building’s window at the city can’t be counted. It’s as if I am begging for encouragement from the Eiffel Tower, Grand Palais, and La Madeleine. And like the enchantress she is, Paris puts her arms around me and, once again, I become engrossed by her intoxicating allure. Her hold is seriously tighter than the hangers in my closet.

With a little help from my iconic friends, I’ve realized that I just don’t need that much to live. I’m fine without a car. I have metro tickets, an Uber app, and my own two feet. I don’t need every stitch of clothing I own. I can only wear one pair of pants at a time. It’s actually a freeing feeling not to be tied down by stuff. 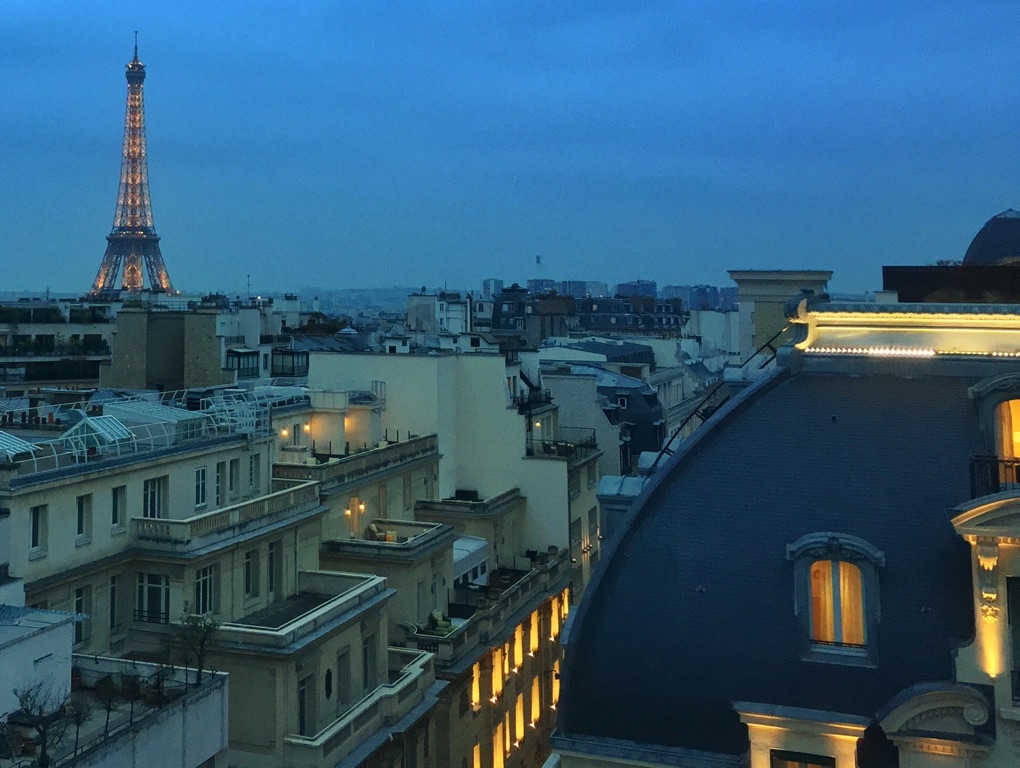 Henry James wrote of Paris, ‘The great merit of the place is that one can arrange one’s life here exactly as one pleases.’ I couldn’t agree more with his sentiment. For me, each day is another opportunity for exploration and discovery. I’ve made a conscious effort not to become complacent with my life in Paris, or take for granted this opportunity I was afforded. 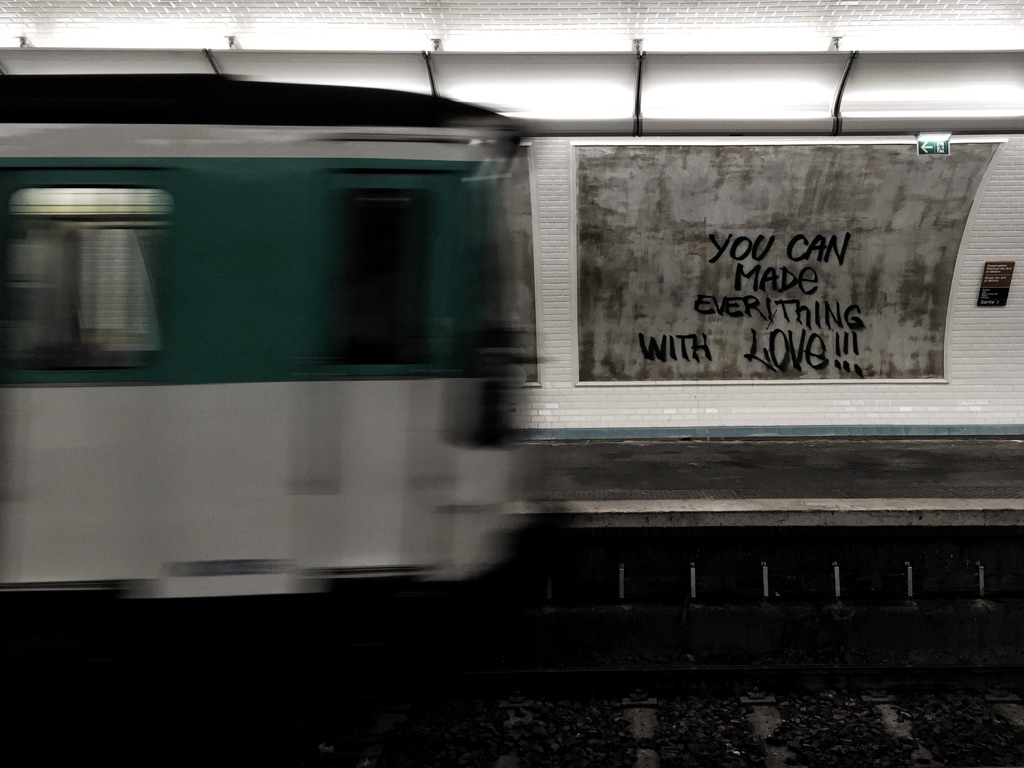 I know Paris has changed me, and like toothpaste out of a tube, there’s no going back. So, maybe I am exactly as my friend described—an American with a French heart. This is my hope, anyway. It’s like getting best of both worlds.

10 Things to Know before Visiting Texas