Do you think you’ve tasted the best ice cream in the country? If Blue Bell hasn’t passed across your palate then you haven’t. 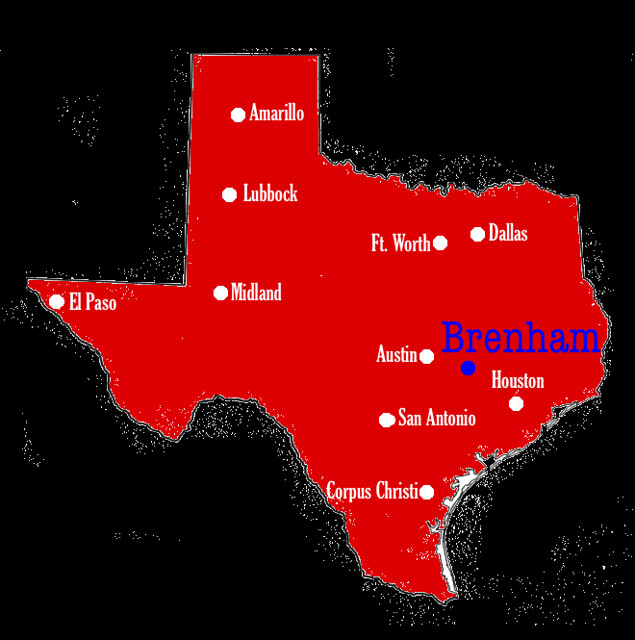 The Brenham Creamery Company started out in 1907 as a butter producer, but now it’s simply known as Blue Bell Creameries. Named after the Texas wildflower, the “Little Creamery” in Brenham has been churning out delicious ice cream since 1911. Back then they delivered ice cream by horse and wagon. Now it’s the third best-selling ice cream in the country despite only being sold in 26% of the country’s grocery stores. Being that it’s only available in twenty states, mostly throughout the South, makes that percentage even more phenomenal. A family affair, the operations at Blue Bell have thrived over the years in the hands of three generations of leadership from the Kruse family. Blue Bell has been served to international dignitaries by President George W. Bush and was the first to mass produce Cookies ‘n Cream. Not bad. 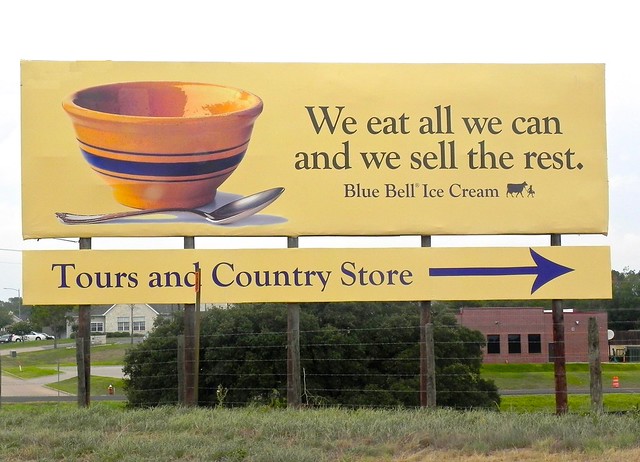 Blue Bell reminds me of the hand-cranked ice cream that my grandmother used to make. Only the finest milk, freshest cream, and sweetest sugar is good enough for this old-fashioned ice cream. Blue Bell offers twenty year-round flavors and 37 rotational flavors; it’s tough to pick a favorite. Despite year-round flavors such as Moo-llennium Crunch, Pecan Pralines ‘n Cream, and Krazy Kookie Dough, the number one best seller is Homemade Vanilla. It has been since its creation in 1969. 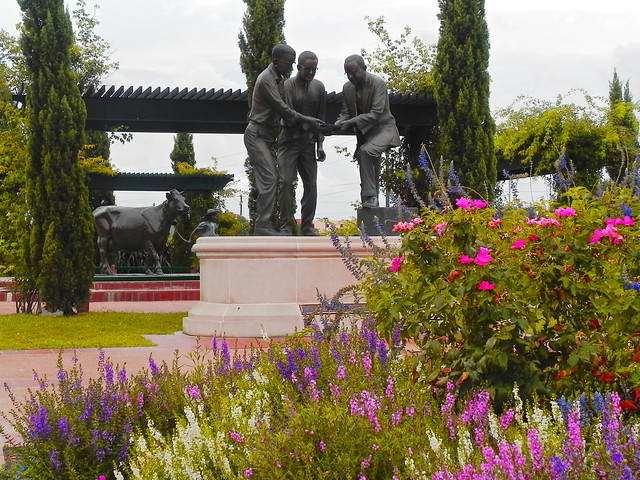 Seasonal ingredients help dictate and are used in creating the rotational flavors. Summer flavors are chock-full of the freshest fruits. Southern Blackberry Cobbler, Peaches & Homemade Vanilla, Summer Berries, and Strawberry Cheesecake are just a few of the fruit-based flavors available in August. Meanwhile decadent flavors such as Chocolate Mud Pie, Coconut Fudge, Birthday Cake, and Triple Chocolate will satisfy the cocoa lover. The only problem with falling in love with a rotational flavor is that it’s only available for three months out of the year. 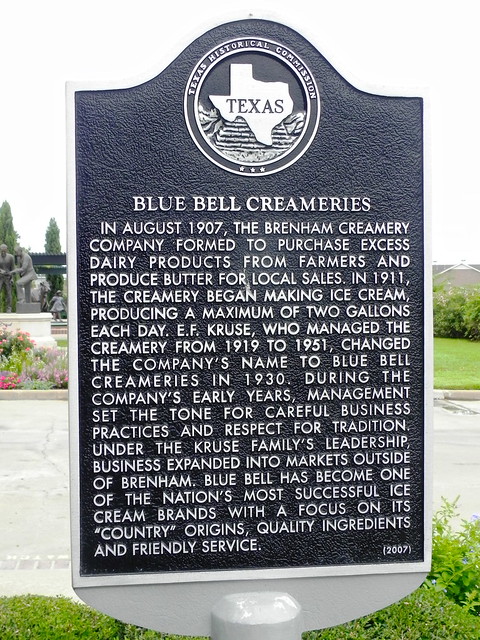 I dare you to find a grocery or convenience store in Texas that does not have at least one Blue Bell product. Pints, half gallons, pops, bars, sandwiches, and sherbert are readily available. But if you want to go straight to the source,  Blue Bell offers tours. Available on weekdays only, these 45-minute guided tours take visitors through the production facilities and shows how Blue Bell makes ice cream. From the observation deck, visitors see the inner workings of the ice cream empire. Enthusiasts learn that gold-rim flavors, like Triple Chocolate, are simpler and have fewer ingredients than the more complex brown-rim flavors, like Strawberry Cheesecake. At a cost of $5 for adults and $3 for kids and seniors, it’s a great value considering the scoop of ice cream waiting at the end of the tour. If one scoop isn’t enough, you can always purchase more for $1. 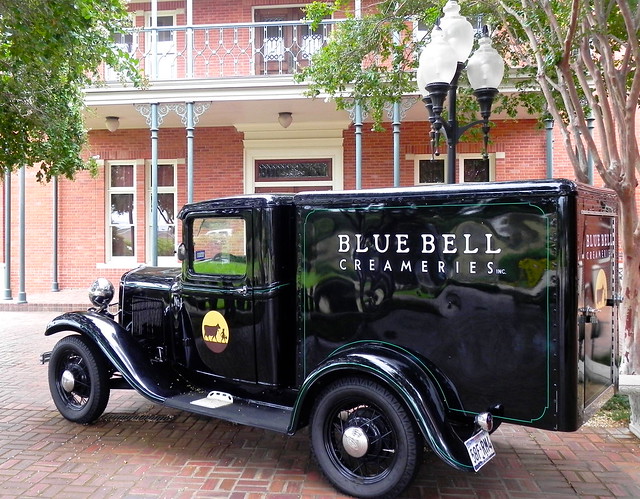 In addition to the tour and ice cream parlor, Blue Bell has a country store filled with souvenirs and gift items for the ice cream lover in your life. Ceramic bowls, cow art, ice cream scoops, books, and t-shirts are just a smattering of the items available. The Country Store is open Monday-Saturday, so even if you can’t get to Brenham during the week, you can still stop by Blue Bell for a $1 scoop of ice cream and a little shopping. 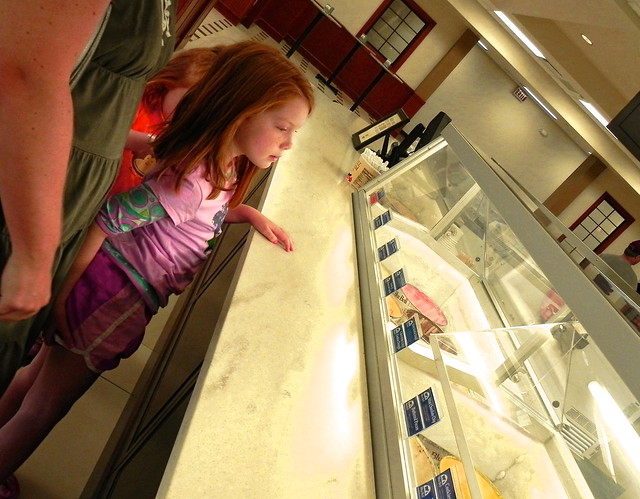 I moved to Brenham just before my senior year in high school. I’d never heard of Blue Bell, much less tried it. Fortunately (and unfortunately for my waistline), I made friends with a factory tour guide. At least three days a week I’d visit her and take the factory tour. Each time, without batting an eye, I’d make my way over to the parlor and get my free scoop of ice cream. Pints and half gallons filled my family’s refrigerator. Bowls weren’t needed, only a spoon and the carton. 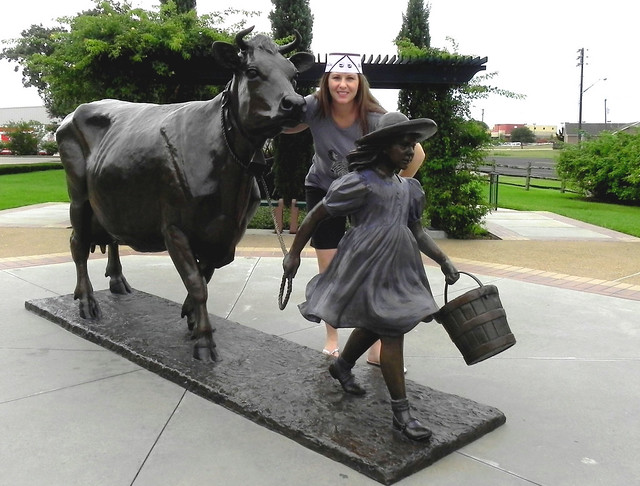 After two short months in Brenham, I’d put five pounds of mint chocolate chip ice cream onto my thighs. Luckily school started. My thrice-weekly tours stopped, and my nightly ice cream binges became less frequent. My love of Blue Bell hasn’t slowed down, but unfortunately my metabolism has. I don’t eat it like I used to, but when I feel like treating myself, I always reach for Blue Bell.

You certainly didn’t think I could just pick one, did you? “Blue Bell, the best ice cream in the country” isn’t just the company’s slogan.