Now, this could only happen to a gal like me, and only happen in a town like this. So, may I say to each of you most gratefully…this is my kind of town, Chicago!

Old blue eyes, Frank Sinatra, sang it best, but I just couldn’t help but borrow the words from his ode to Chicago, “My Kind of Town.” I wasn’t sure about his love song to the Windy City. I’d never been, nor had I really considered it as a vacation destination until talk of the next Tweetup began. Just as I can’t recall how the TexasTweetup in Austin came to be, I can’t really place how the WindyCityTweetup developed. I suppose it’s not really important how it happened. I was going to find out if Chicago was the kind of town that won’t let me down, as the Chairman of thTweetupe Board proclaimed. 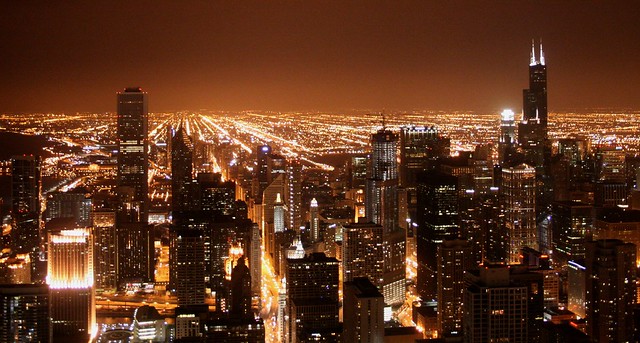 O’Hare is arguably one of the busiest airports in the US. With that many passengers and planes coming and going, I didn’t have the expectation for an on-time arrival. Lola was coming in from Boston, Raul was coming in from Atlanta, and we were going to share a car to the city. I was supposed to be the last to arrive, so I was hoping that my plane wasn’t delayed too long. 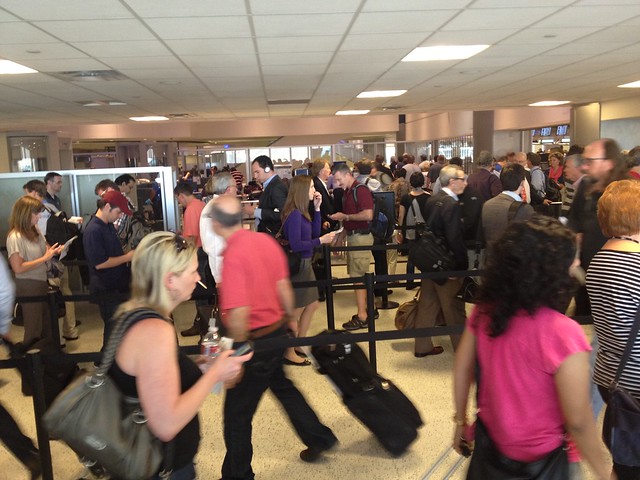 After a short, two-hour flight, my captain announced that we were arriving into O’Hare 35 minutes early. Score! This almost never happens to me. Chicago was looking good so far. I deplaned and trekked for what seemed like several miles to the United baggage claim. Who’s bag was the very first to come out? Yep, that’s right. Mine! Yet another gold star for the Windy City. 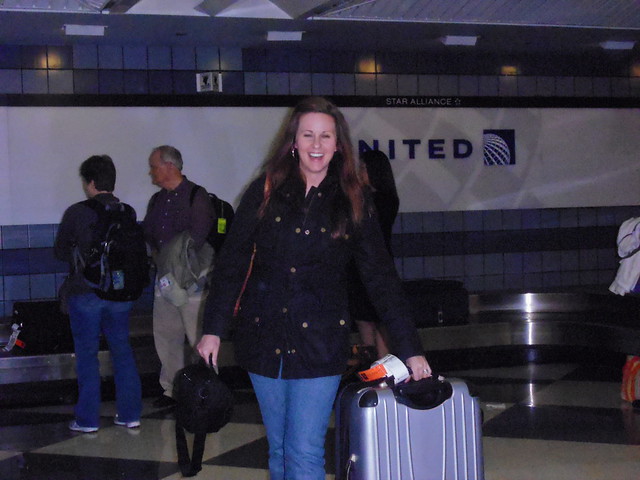 Thanks for the pic, Raul!

After the hugs, Raul, Lauren, and I set out to find our ride. Before we knew it, our chariot, a black Excursion, rolled up to whisk us off to our hotel. Sweet! 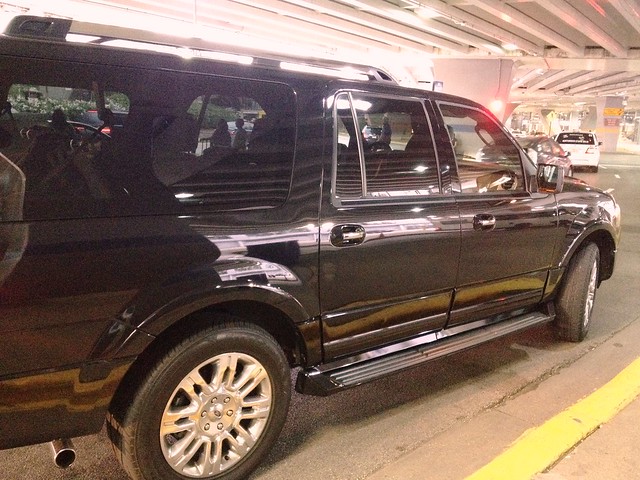 To say that Chicago has awful traffic would be an understatement, but on this Friday evening, it was really horrible. Our driver confirmed it. Since we were busy cackling like a bunch of hens, it wasn’t that big of a deal. Minus half a point for Chicago, though. 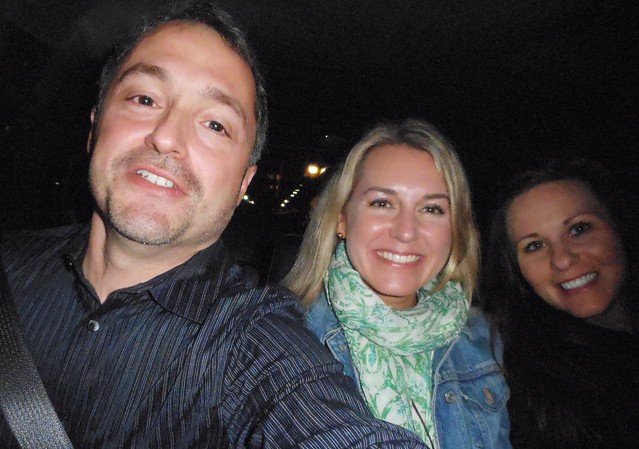 We rolled up to our home base for the weekend, the Sofitel Water Tower. A soft glow of lights and eager doormen and bell hops greeted us. This was not only my first trip to Chicago, but also my first in a Sofitel. What I found was a sleek, modern space splashed with pops of colorful flowers and Brigitte Bardot. That’s right, the French siren of film, song, and modeling, graced every available wall. Mannequins wearing clothes inspired by her were adorned atop cocktail tables. If this was just the lobby, I knew I’d love my digs. And thanks to a great deal on Jetsetter, we had a suite. 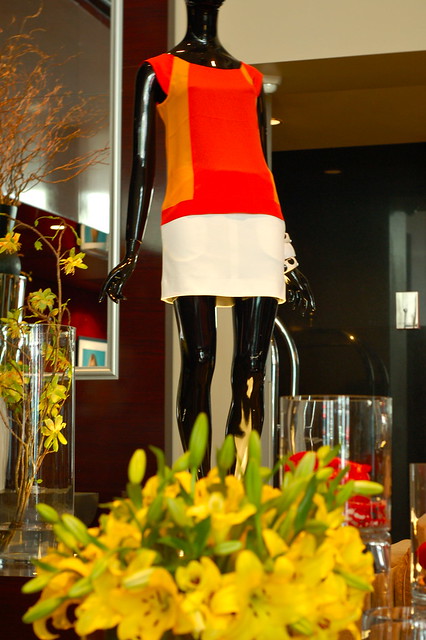 Lauren and I arrived to the eleventh floor to find a beautiful, well-appointed, giant suite. Lovely French touches could be seen throughout. Hermès toiletries lined the sink. Frette bedding and towels were like clouds. Evian and Perrier waters were sprinkled throughout. These luxuries were not lost on either one of us. 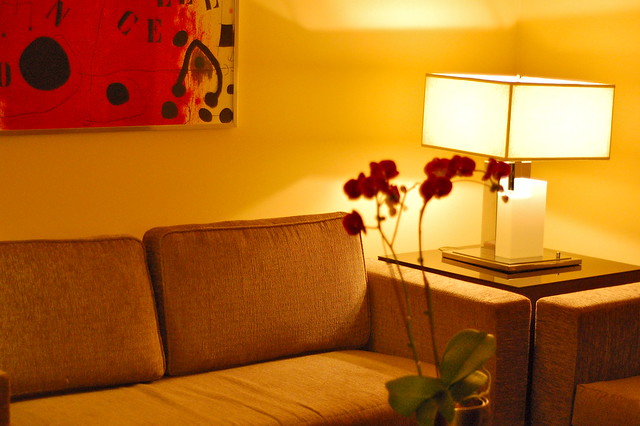 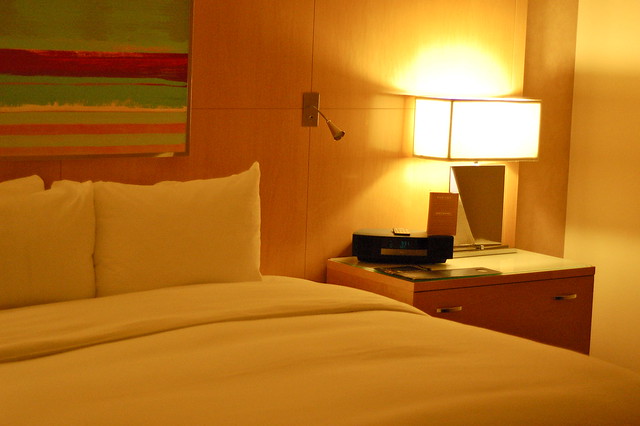 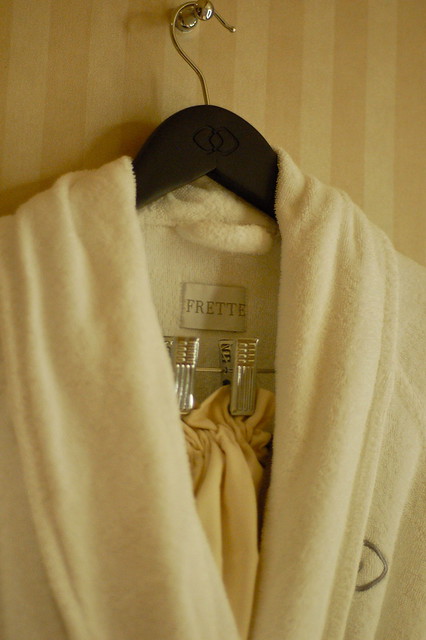 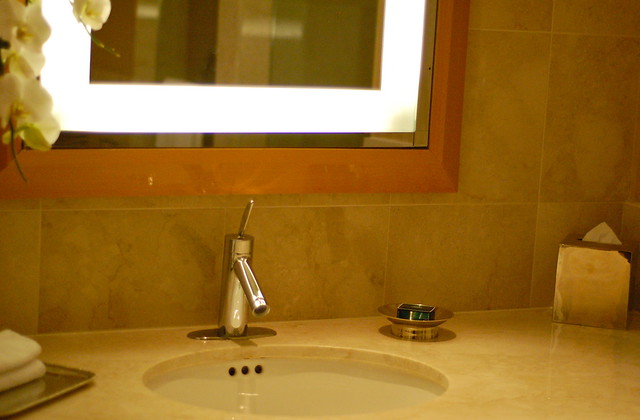 With a hotel space larger than most NYC apartments, Lauren and I could have easily missed our surprise gifts. 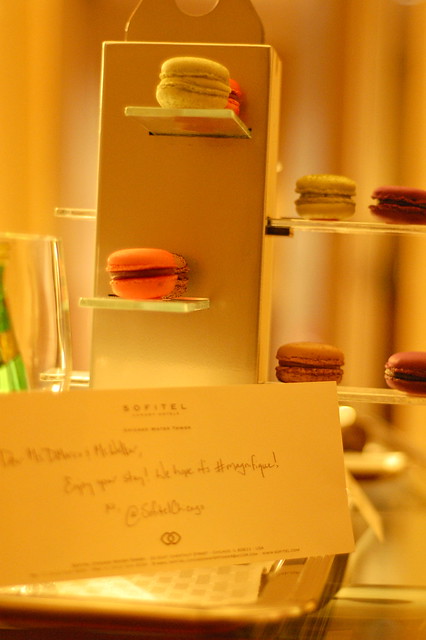 Who am trying to fool? We squealed with delight when we saw not one, but two silver trays filled with goodies. What could be more French than macarons? 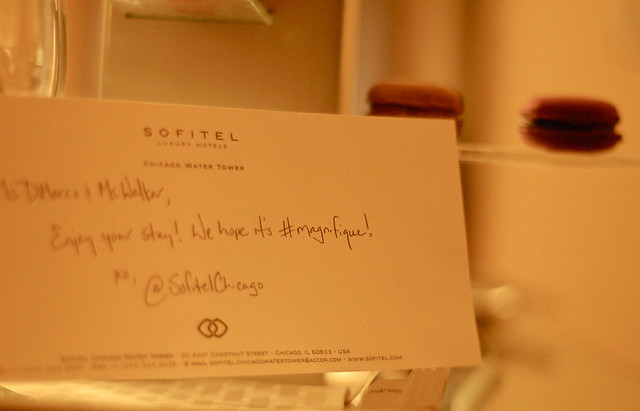 The sweet, meringue-based confectioneries were light and delicious. Pink, purple, green, and brown perfection sat atop beautiful glass shelves, but not for long. They truly were #magnifique! 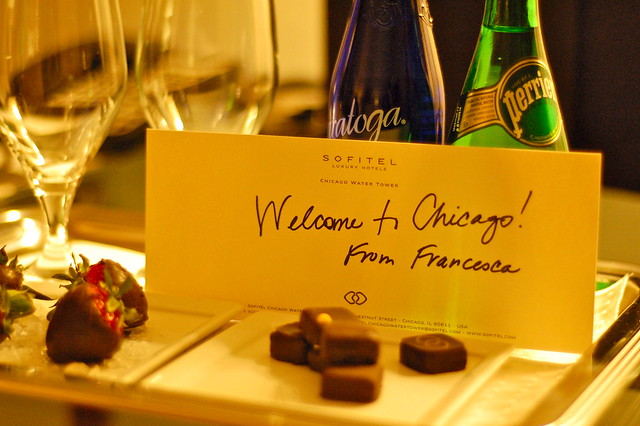 Adding to our most excellent arrival was a gift from Francesca, a local blogger joining us for the Tweetup. I was blown away by her thoughtfulness. The chocolates and strawberries were as delicious as they looked, too. We didn’t have much time to ohh and ahhh over the goodies or relax in the room because we had yet another surprise waiting. I received a message through Twitter that we should be in Le Bar at 8:30, so after freshening up, Lola and I quickly made our way downstairs. 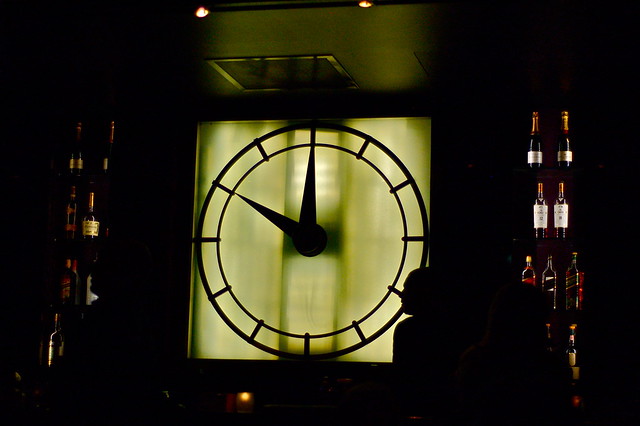 Waiting for us were Raul and Pola, the Chicago-based blogger behind Jetting Around. We cozied up in the dark, lively bar. It wasn’t long before a waitress greeted us. I mentioned the instructions, and her eyes lit up; I knew she would take excellent care of us. She mentioned Le Bar’s drink specialties, including their latest, the indulgent-sounding Wrigleyville. We were also told about the food that was being gifted to us by the hotel. Plus one for the Sofitel and Chicago! 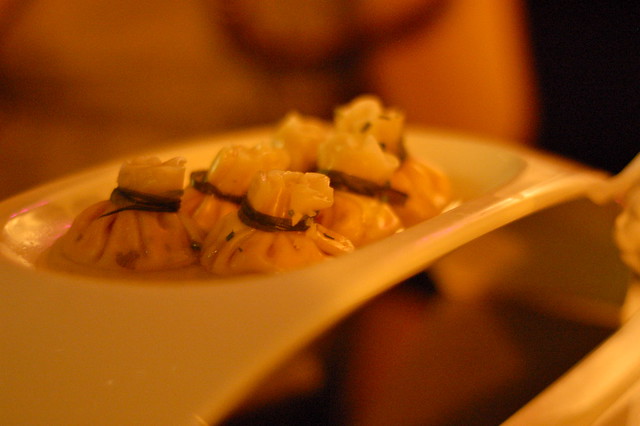 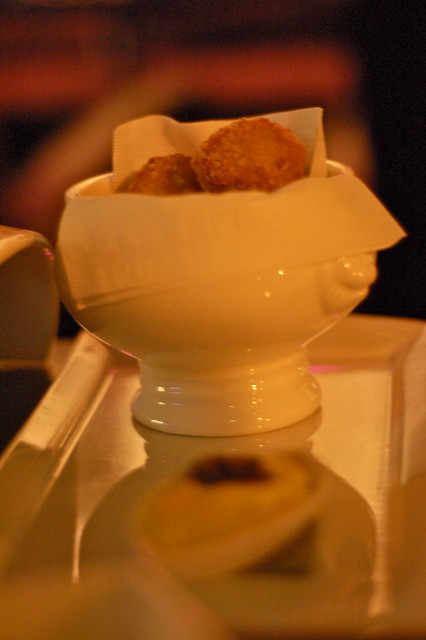 Trays of delicious-looking appetizers were brought to our table by a legion of staff, led by a gentleman in a dark, beautiful suit. Lonnie Giacometti introduced himself as the Director of Restaurant and Bar for the hotel. He gave us a warm welcome and chatted a bit. His kind gesture was appreciated by all. 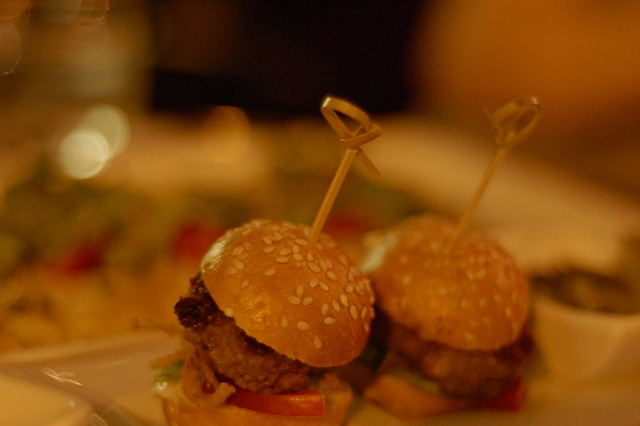 The four of us could have stayed in Le Bar for hours. Its comfortable and welcoming vibe, combined with the devilish drinks and scrumptious food, tempted us to cancel our plans for the evening and camp out in their velvet seats. But, alas, reservations and the rest of Chicago awaited.

In a span of just three short hours, I could see what made the Sultan of Swoon croon over Chicago. It’s got my kind of razzmatazz and makes me grin like a clown. Yep, Mr. Sinatra, Chicago’s my kind of town, too.