I’m so not one for organized tours or anything that involves a bus with other travelers, but with limited time in Dublin, I knew the GhostBus Tour was going to be my most efficient way of getting a taste of the city’s haunted history. 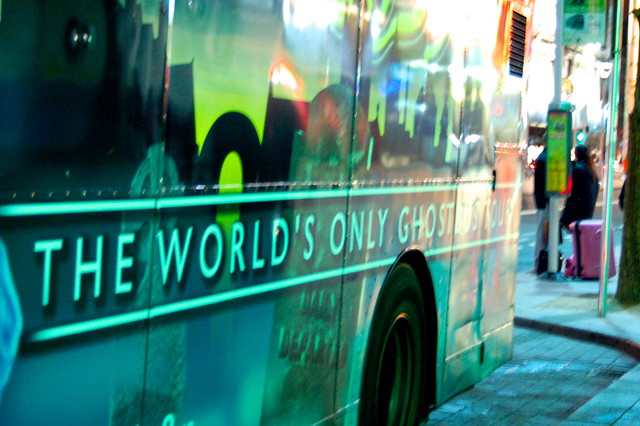 We weren’t going to sneak up on any ghosts rolling down the street in this giant bus.

With such a storied past, I had to assume that there was more to Dublin than Bram Stroker, the famous creator of Dracula. I don’t visit haunted houses or watch scary movies, but something about hearing real ghost stories ignites my curiosity. I’m not sure if I believe in paranormal activity, but it’s certainly something that I’m not ruling out. Therefore, I boarded the 9:30 pm GhostBus with an open mind.

Decorated like something out of a campy horror film, the bus had black-out curtains and spooky noises piped in through the speakers. I took my place on the top deck next to the window. Once everyone was on board, Nick, the leader of the tour, set the tone for the rest of the evening with his ominous voice, while the driver, Francis, also added to the show with sound effects. 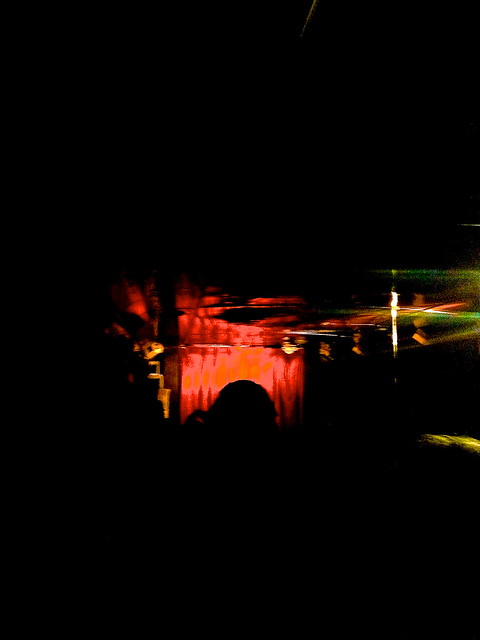 The inside of the GhostBus

Nick’s a local actor and has been leading GhostBus Tours for fifteen years. In my opinion, he made the tour. With so many stories of its infamous citizens as well as the city’s sordid past, Nick gave me a vivid idea of what life was like hundreds of years ago in Dublin. I don’t want to ruin any of the tour, but don’t expect blood and guts or any sort of ghost hunting. The GhostBus Tour is more about creating suspense and retelling old spooky tales from centuries past with a little comedy thrown in for good measure. 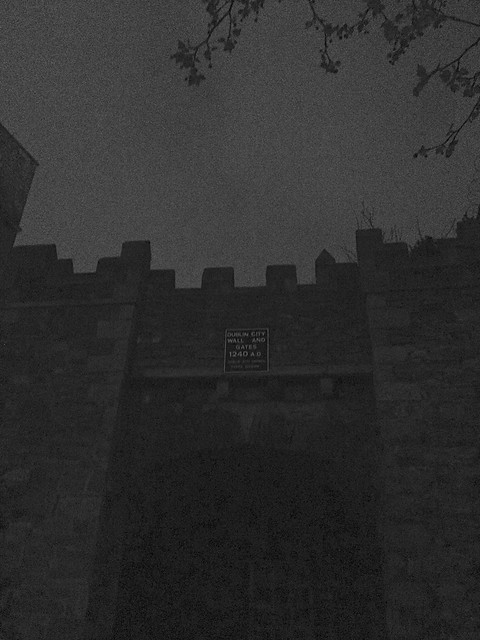 Throughout the two-hour tour, I learned a bit of the macabre history of old Dublin. With goosebumps-inducing stops at the Royal College of Physicians, Shelbourne Hotel, St. Kevin’s Cemetery, and the Gates of Hell, my mind was reeling with eerie thoughts. What I liked best about the GhostBus tour is that I wasn’t simply told stories while I was driven around. I was able to go into a few places the general public can’t. Nick had a key to the cemetery and to Dublin’s city gate.

Tales of of Dr. Clausey, Mary Masters, Father O’Hurley, Darkie Kelley, and the Green Lady gave me insight into Dublin’s dark history. On my last night in Ireland I didn’t sleep very well, but as Nick might say, “You can sleep when you’re dead.” 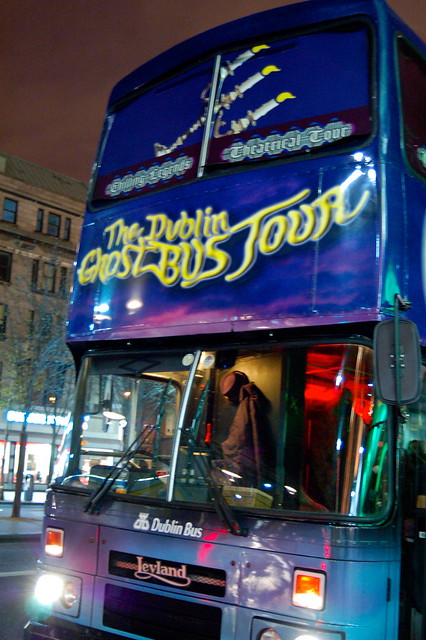 Thanks to the great folks at GhostBus Tours for providing this activity for me. As always, these are my opinions, and I was not spooked into writing a favorable review.

The City of Light (and Literature): Eight Great Books to Read about Paris