European capitals are among my favorite cities in the world. Paris, Vienna, Prague, Rome, Budapest, and Dublin offer travelers big bang for their bucks. For those who have limited time and/or resources, hitting the main European capital cities easily checks all the boxes when it comes to history, food, culture, shopping, and the quintessential tourist destinations. But sometimes, less really is more. Renting a car or riding the rails beyond the limits of the big-name cities yields big-time rewards. 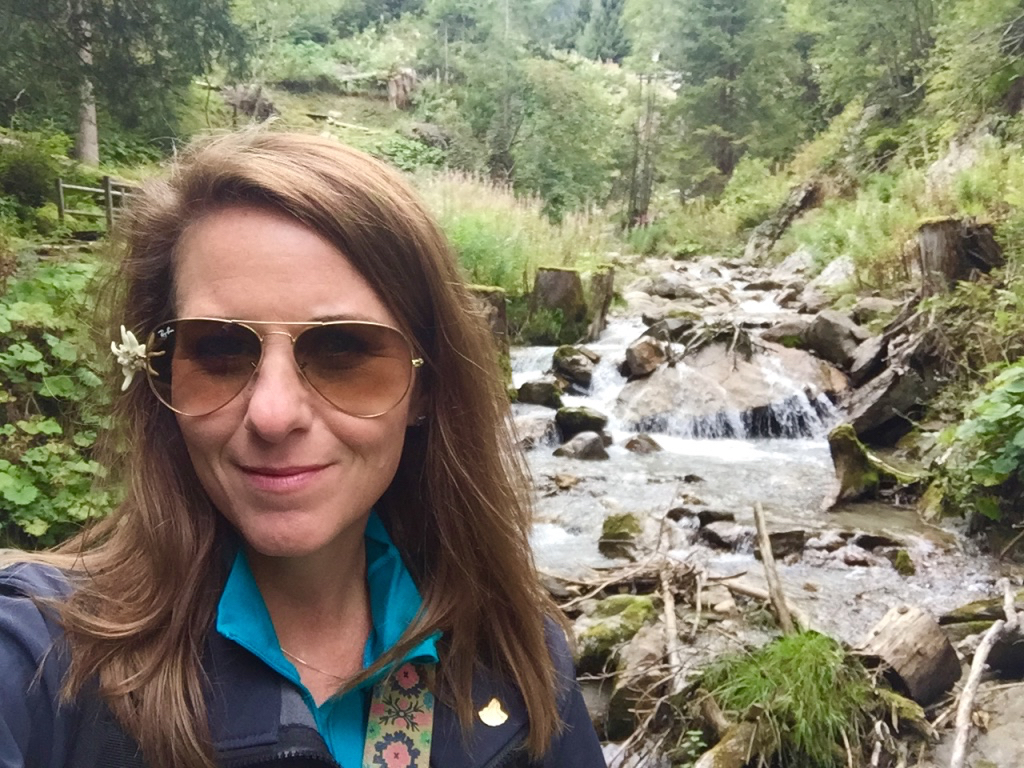 I grew up in a small town, maybe 1,500 people, in a good year. During my adulthood, I’ve known nothing but sprawling metropolises. I love the energy of a great city, but the feeling from a small town still is alluring, no matter if it’s in the hills of Texas or France. The language and food may change, but the feeling doesn’t. Throughout my travels in the past two years in Europe, I’ve had the pleasure of spending time in many small towns, mostly in Western and Central Europe. This list of tiny towns could be 20+, but I’ve somehow narrowed it down to six.

I make no bones about my love for Austria. I’ve traveled to the Central European country many times, and count Vienna as one of my top three cities in the world. Salzburg and Innsbruck are stellar mid-sized cities, which offer a wealth of opportunities for visitors. However, it’s the Tyrolean mountain towns of St. Anton and Kitzbühel that I miss most. 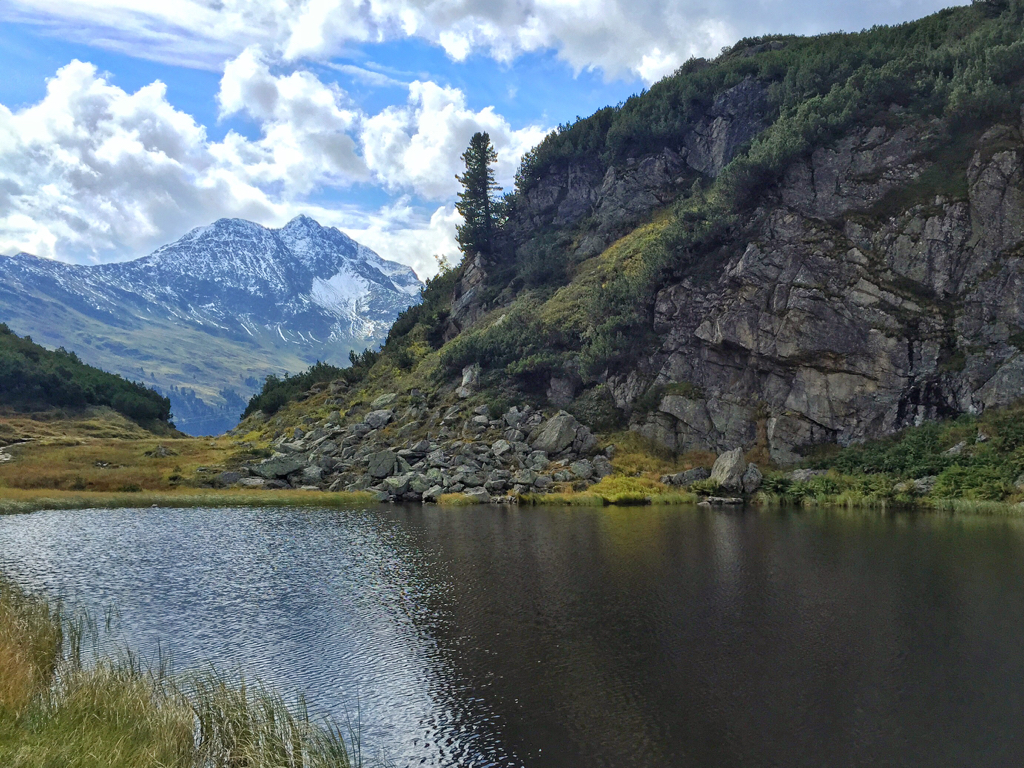 Skiing the Arlberg in St. Anton is dream destination for even the most novice skier. As the cradle of Alpine skiing, Stanton {as the locals call it} is where Hannes Schneider developed modern-day downhill ski techniques nearly 100 years ago. The Alpine vistas from atop the 2,811-meter high observation platform on the summit of the Valluga will take your breath away no matter the season. It’s no surprise that this cosmopolitan town, as well as neighboring tiny village of St. Christoph, are bustling during the busy ski season, but the Arlberg is also a prime spot in the summer and fall months. Hike the same mountains that were once covered in powder and skiers for a tranquil escape from just about everything. There’s even the Mountain Yoga Festival from September 1 – 4, for those who want to get their zen on. 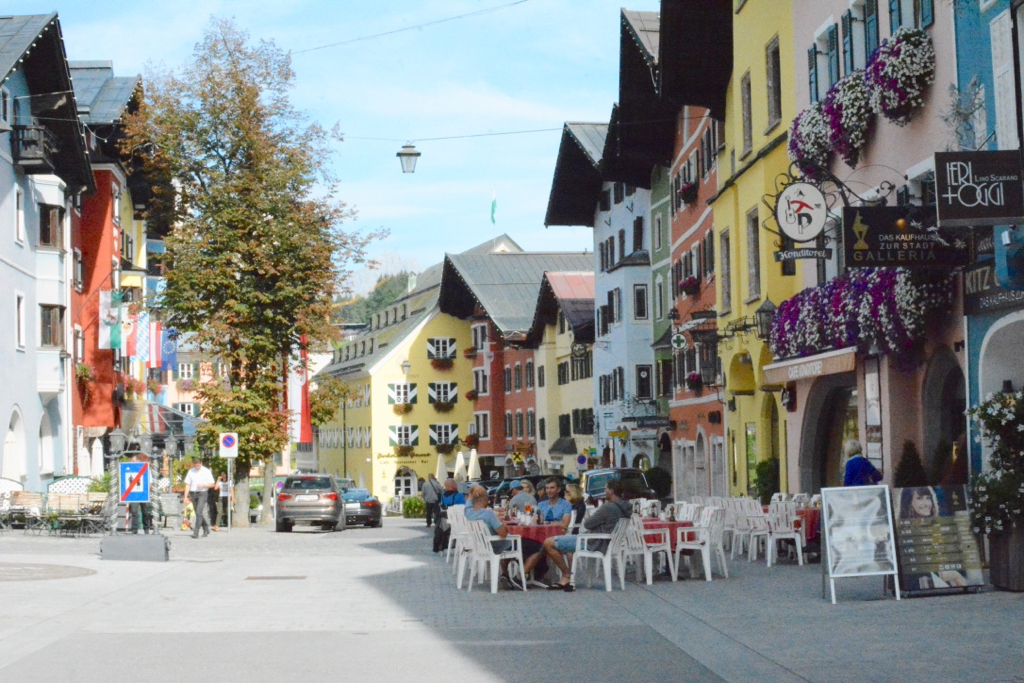 Located about half way between Innsbruck and Salzburg, Kitzbühel is a medieval village dating to the 1100s. This former mining town has transformed into a swank destination for skiing, as well as golf. No doubt that Kitzbühel is a picturesque village with its old-fashioned iron store signs and rows of multi-colored buildings, but it’s the scenery as the elevation rises that makes me swoon. 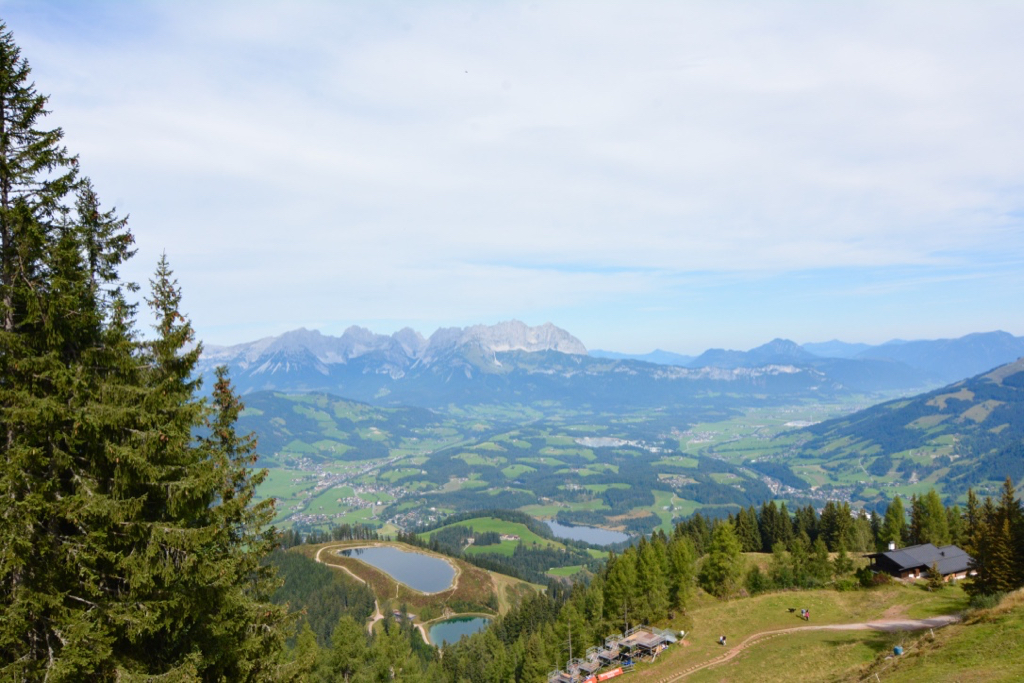 After the snow has melted, take the Hahnenkamm cable car to the starting point of the famous Streif race. This heart-pounding course brings out the best skiers in the world during the winter, but during the summer, it’s an exhilarating walk down to the village. Make a day of it, and have Bauerngröstl, kaiserschmarrn, and a raddler at Berghaus Tirol, a traditional mountain hut along the hike. 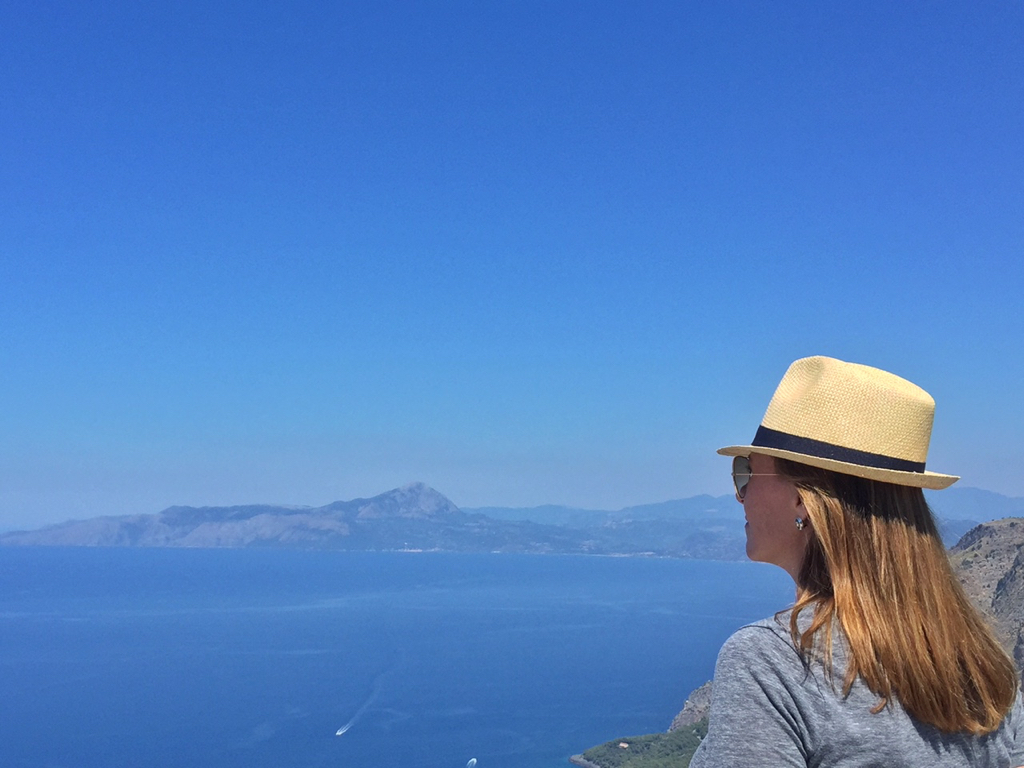 South of the famous Amalfi Coast, in the Basilicata region, there’s a place that many Italians don’t even know exists. Known as the Pearl of the Tyrrhenian, Maratea dates to the 14th century BC. This hilltop village has seen countless wars, including the Romans and the French. 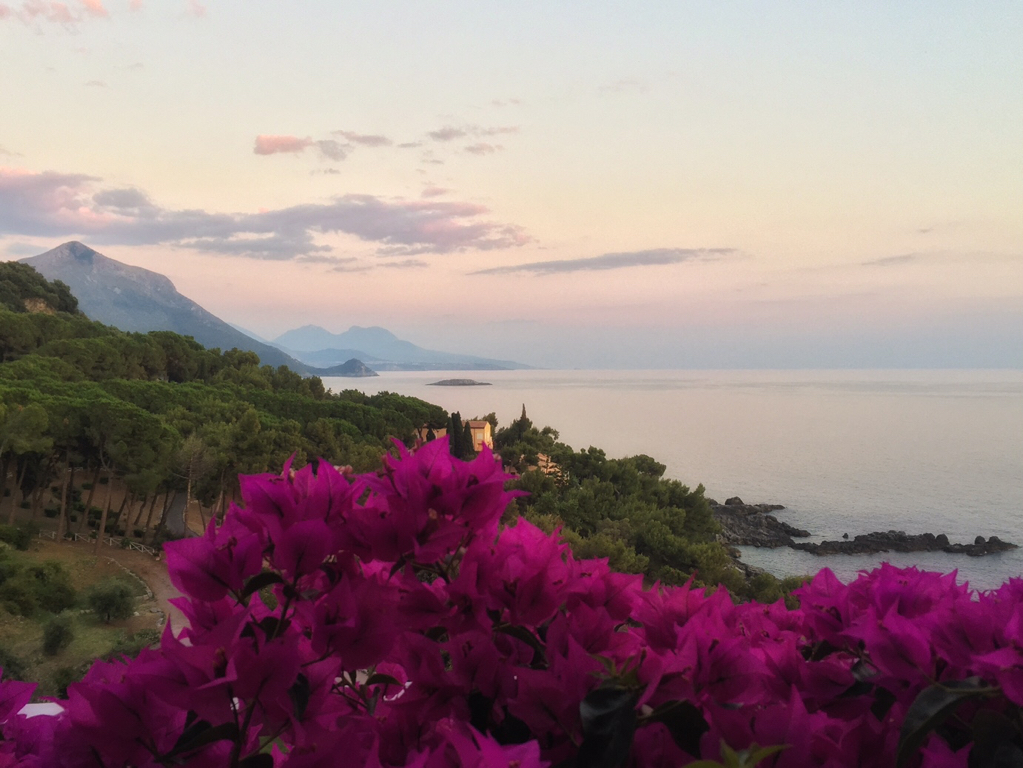 With is 20 miles of coastline, 20+ beaches, 44 churches, and one giant Jesus statue, Maratea is a rich destination for history and sun seekers. With one windy road that hugs the seaside cliffs, Maratea isn’t easy to get to, but most great places usually aren’t. 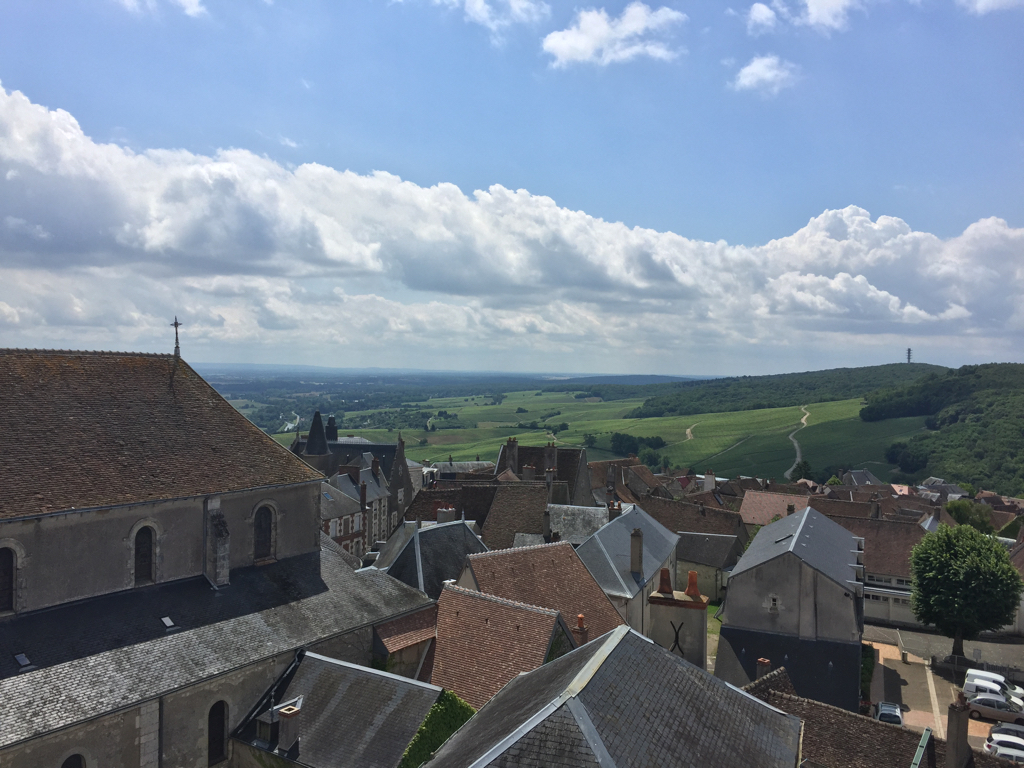 Wines from Sancerre are famous the world over, appearing on the very best menus. Beyond its acclaimed Sauvignon Blanc and Pinot Noir vins, the hilltop town of Sancerre is also intoxicating. Gauls, Romans, and even Protestants have left their marks on this picturesque place. 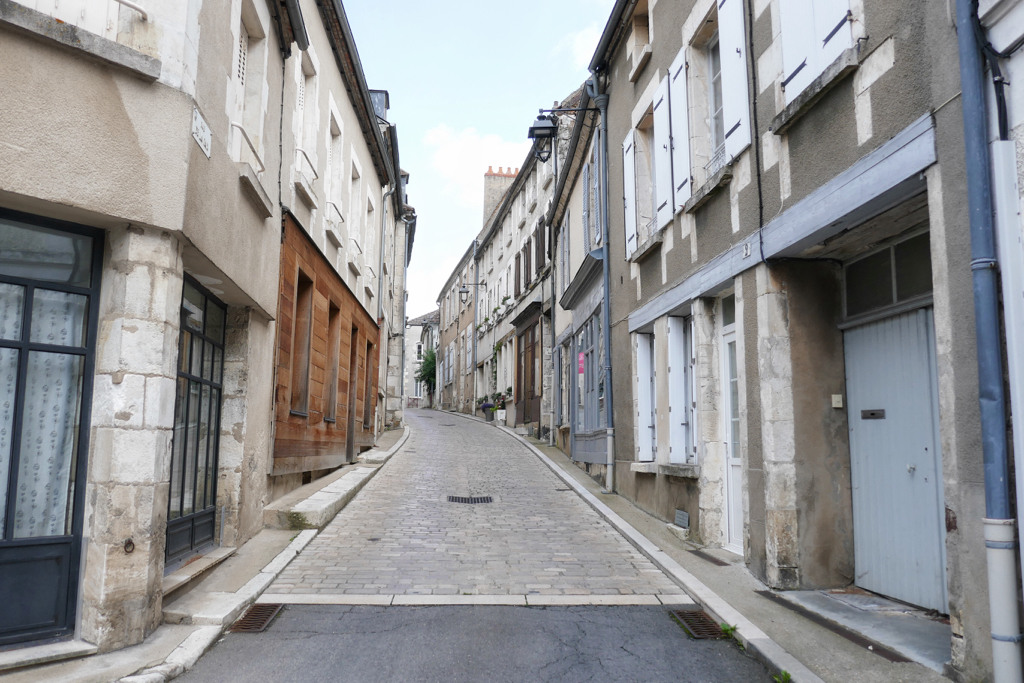 About two hours south of Paris, in the eastern part of the Loire Valley, Sancerre and its surrounding medieval hamlets {Reuilly, Pouilly-sur-Loire, Menetou-Salon} don’t boast the châteaux of their western neighbors, but the scenery is nothing short of spectacular. 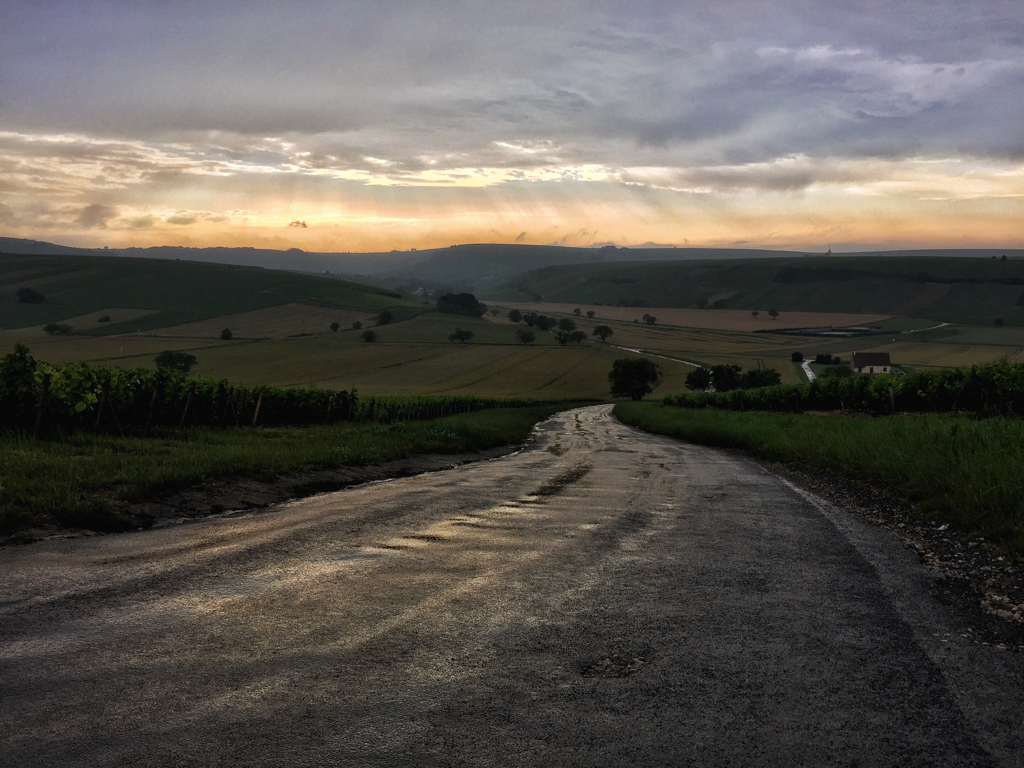 Rolling hills aren’t just covered in vines, like Champagne. Rather, it’s a patchwork of forests, grains, and grapes. The landscape reminds me a bit of Tuscany. Sancerre, at its heart, is a farming village—a French farming village that makes world-class wines and the best Chavignol {goat cheese} I’ve ever tasted. 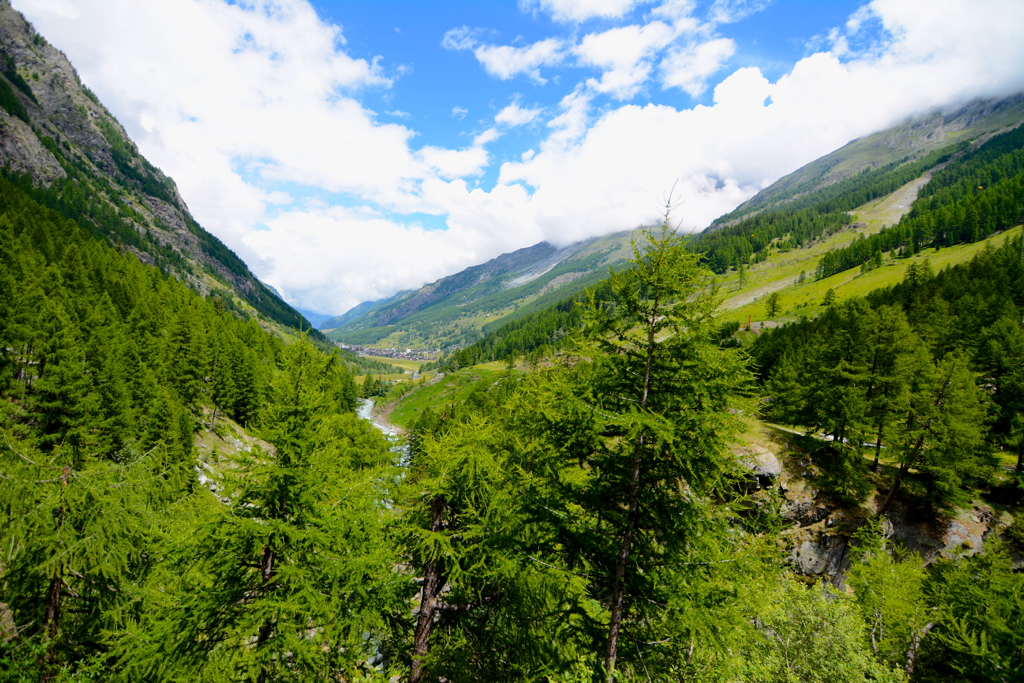 A traffic jam in Zermatt isn’t one of Range Rovers and Mercedes, but rather goats. That’s right–goats. There are no cars allowed in Zermatt, and the ritzy village continues its tradition of parading belled goats through the town twice per day. Located at the foot of the Matterhorn, Zermatt is exactly what you envision a Swiss mountain village to be. 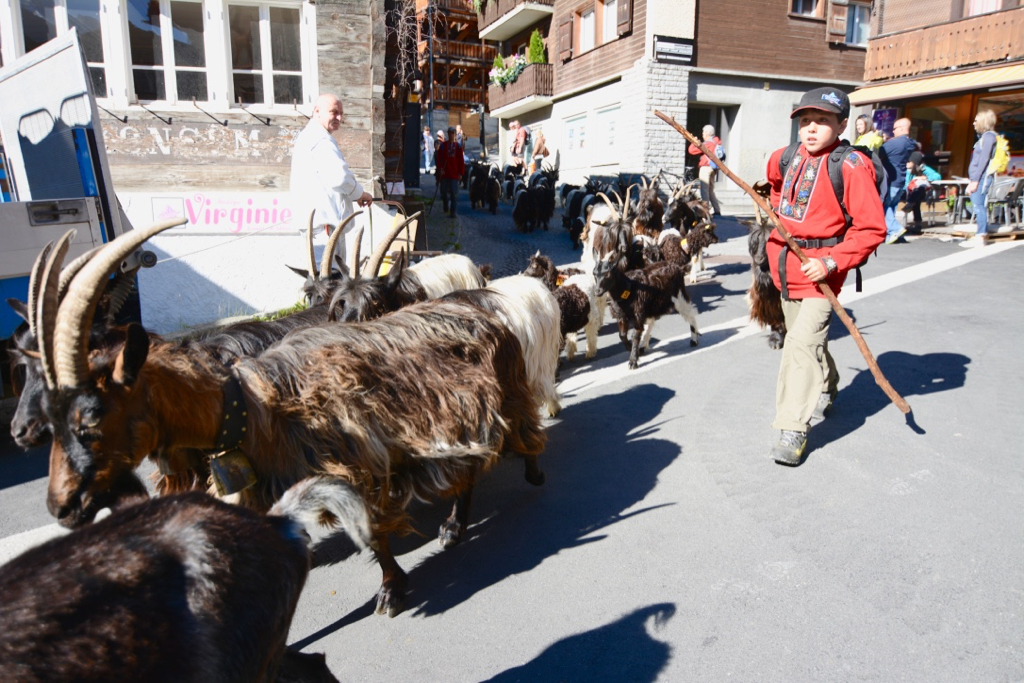 In the summer, windows are adorned with heaving baskets of brightly colored flowers and the mountains are verdant. Milk cows roam, eating everything in sight, while soaking up the Swiss sun. Meanwhile, the Matterhorn, which was the inspiration behind Disneyland’s famous rollercoaster, keeps an eyeful watch over the region. No matter if you’re visiting Zermatt for the hiking in the summer or skiing in the winter, the Glacier Express and its glass-top cars is possibly the most picturesque train ride in the world. 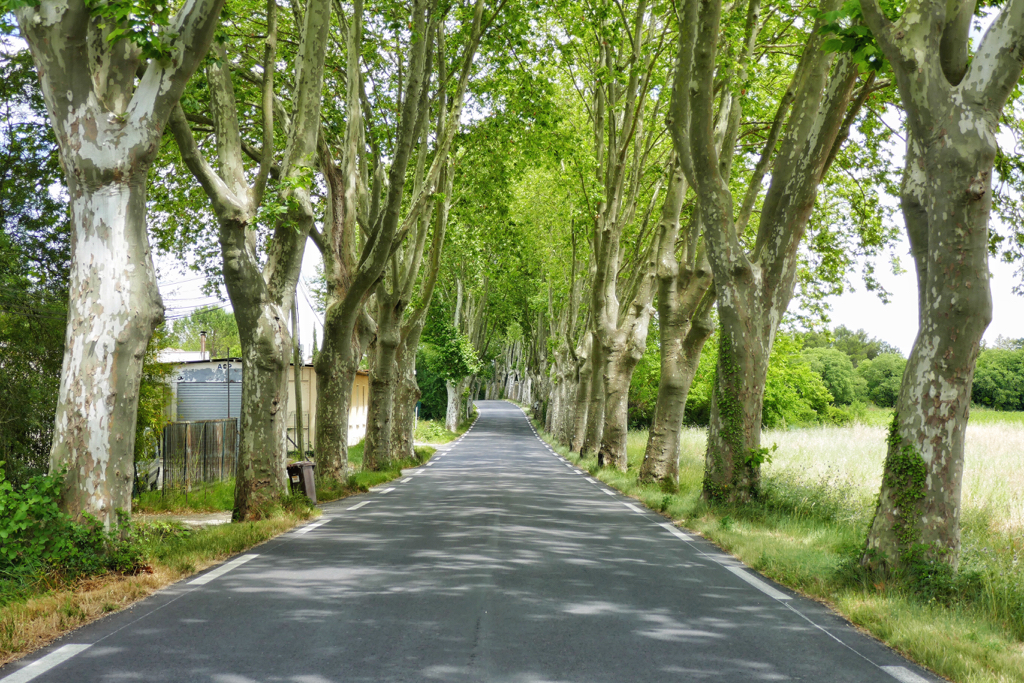 In the Gard department of the Languedoc-Roussillon region, Uzès sits on the doorstep of the better-known region of Provence. Dating to the Roman times, this town is full of character, with pretty squares and photo-worthy side streets. 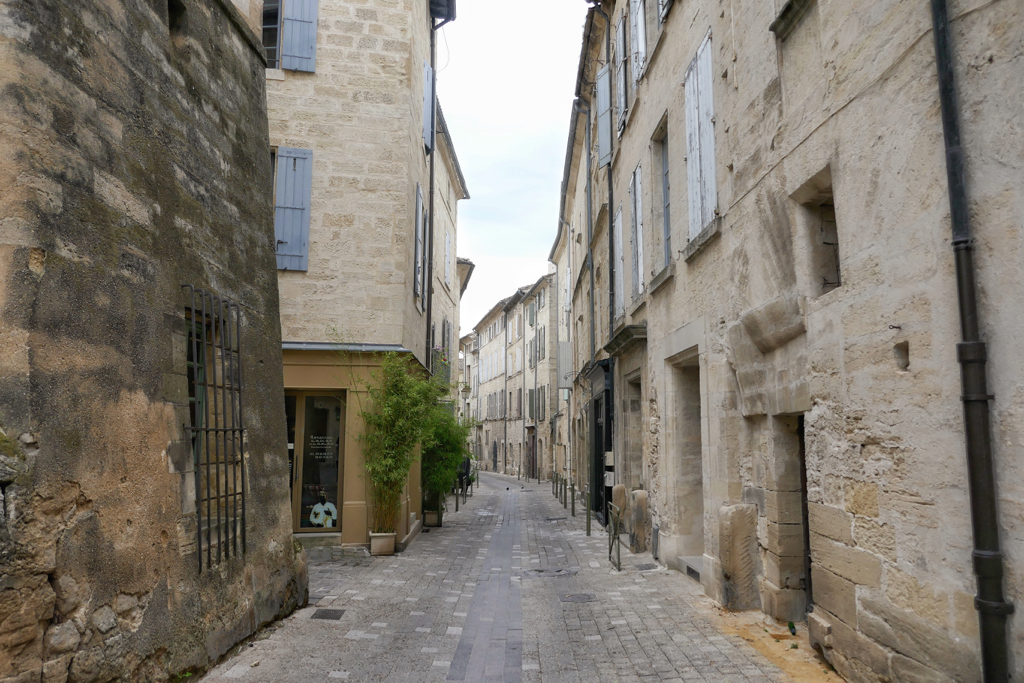 Half a century ago, Uzès was in disrepair and all but abandoned, until France designated it as a ville d’art and historical town. Restoration began, and soon the real estate investors and tourists followed. In fact, the 1990 movie, Cyrano de Bergerac staring Gérard Depardieu, was filmed in the town. 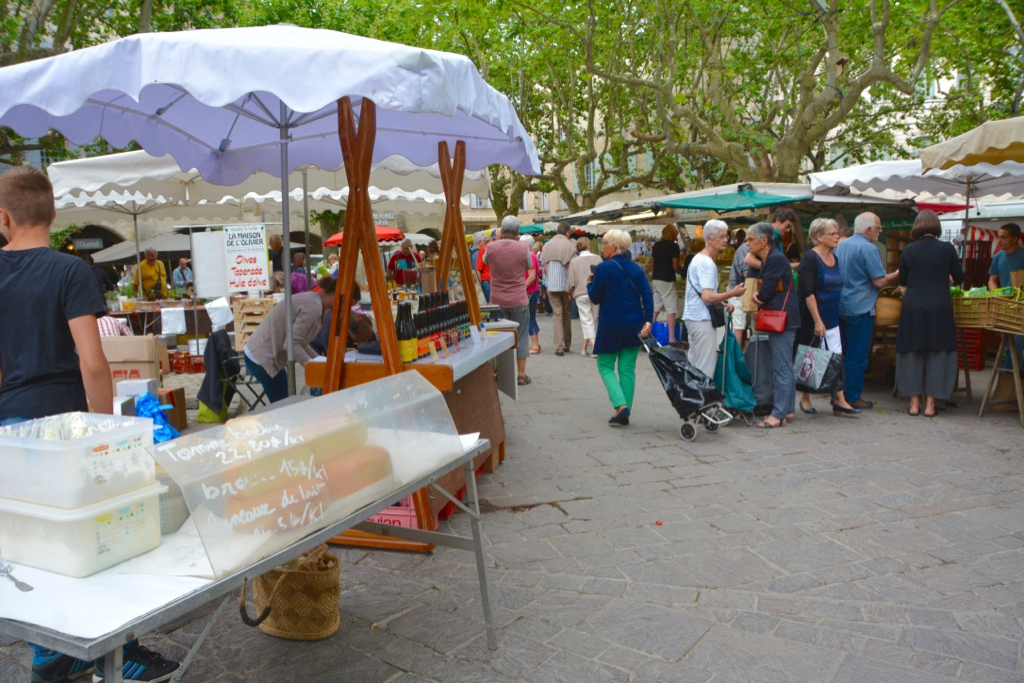 Visit the market in Place aux Herbes on Wednesdays, which only allows regional products and specialties. Saturdays, the market is broader, with flowers, clothes, and linens. Tour Duchy of Uzès, France’s oldest ducal peerage, and climb to the top of the 12-century Tour Bermonde for a view over Languedoc. After you’ve finished poking around the town, take the 45-minute drive to Pont du Gard, a Roman aqueduct dating to the 1st century AD and UNESCO World Heritage site. For a few hours or a week, learn the art of French and Provençal dishes with Cook’n with Class Uzès. 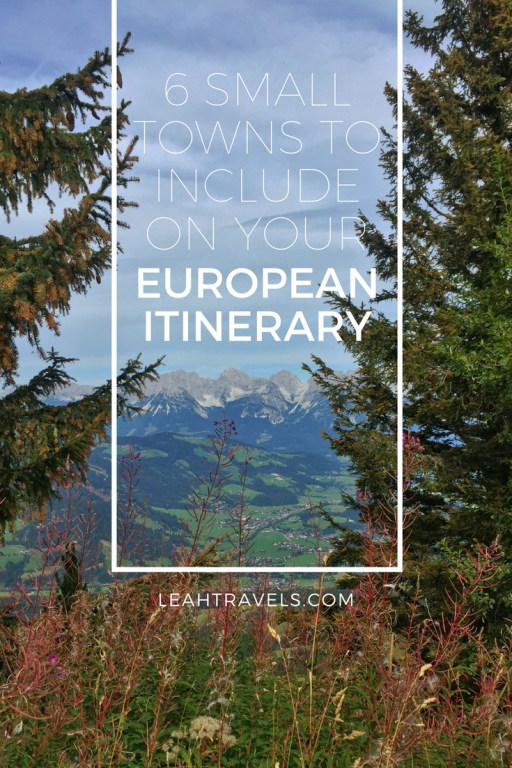