Just 45 minutes from Paris’ Gare de Lyon is Fontainebleau. Most famous for its château and forest, this town of about 15,000 people is a welcome respite from the city. Whether you’re looking for a day trip from Paris or a night or two away, Fontainebleau is a great place to do as much or as little as you’d like. 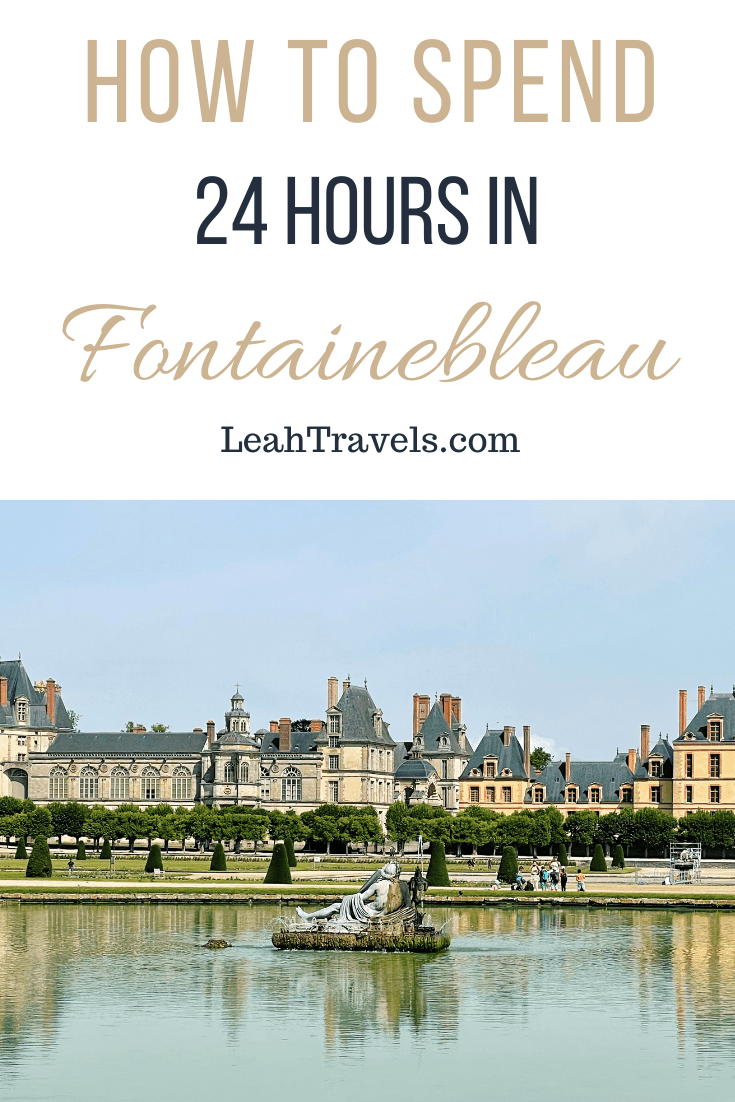 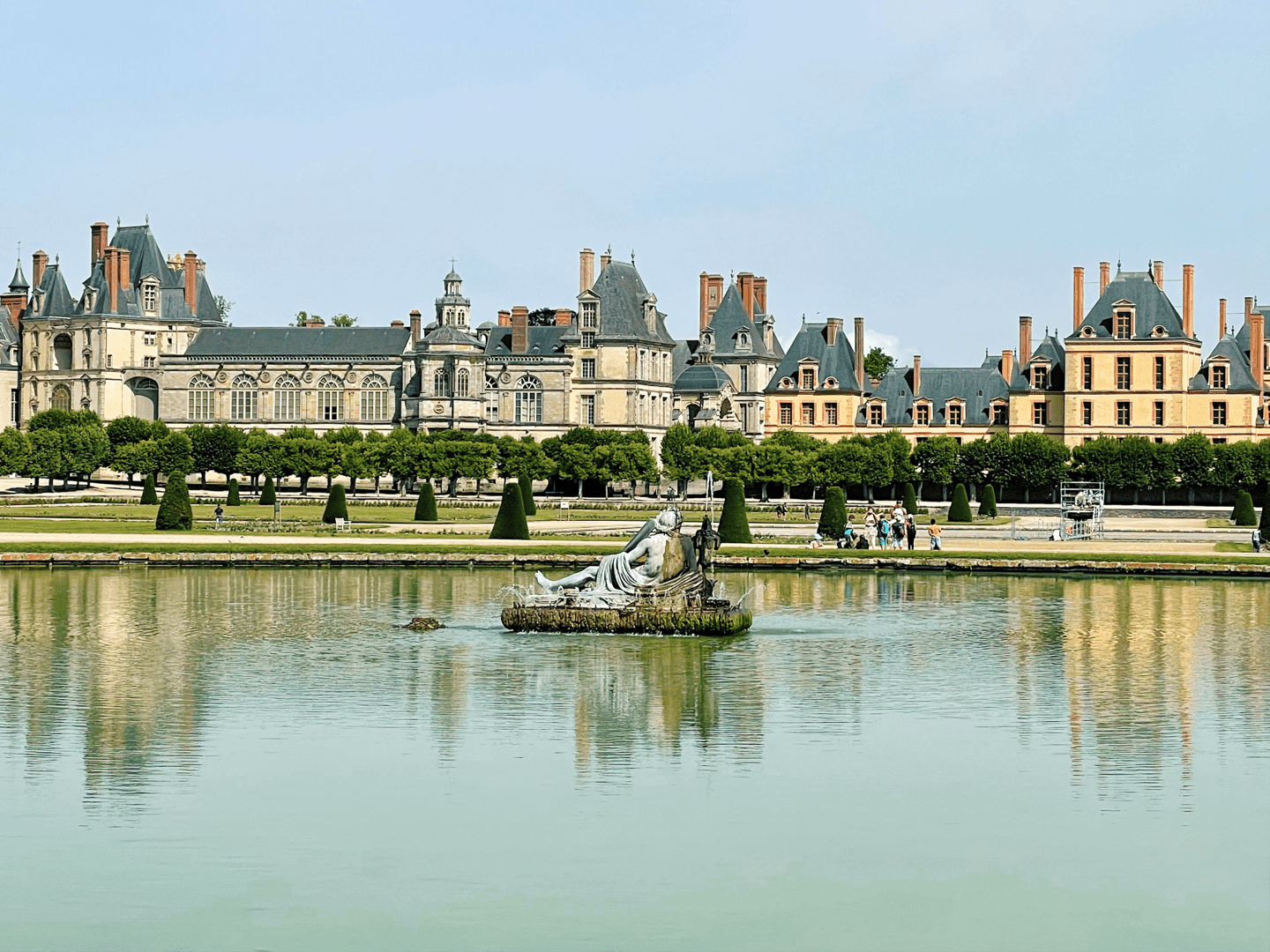 Like so many places in France, Fontainebleau has a long and storied history dating to the 12th century. Indeed, the area was very much a part of France’s royal past, with 34 kings and emperors having spent time in Fontainebleau. Louis VII hunted there, as did Louis IX. Philip the Fair was born and died there. The men that had the most impact on Château de Fontainebleau were Francis I, who transformed the country house into a proper palace, and Napoléon Bonaparte, who revitalized the castle, after the French Revolution. 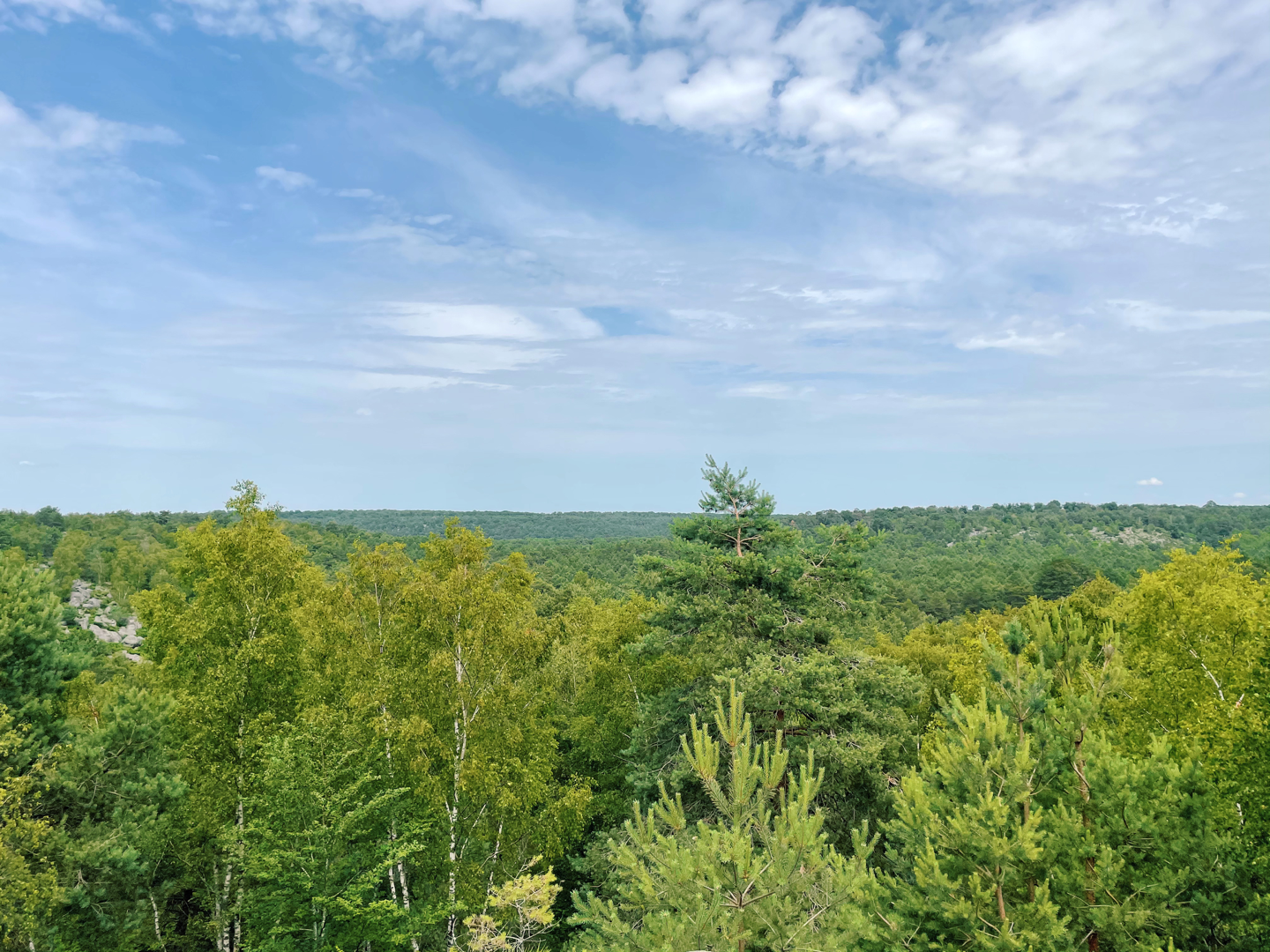 Other than its proximity to Paris, Fontainebleau attracted France’s sovereigns for its forest. Now, the Forêt domaniale de Fontainebleau is the third largest national forest in France, which expands over 50,000 acres. Add the neighboring Trois Pignons forest, as well as the three bordering rivers (Seine, École, and Loing), and Fontainebleau is a nature-lover’s dream come true.

Certainly a day trip from Paris is enjoyable, but I’d wager you’ll be left wanting at least 24 hours in Fontainebleau. Here’s how to make the most of your time: 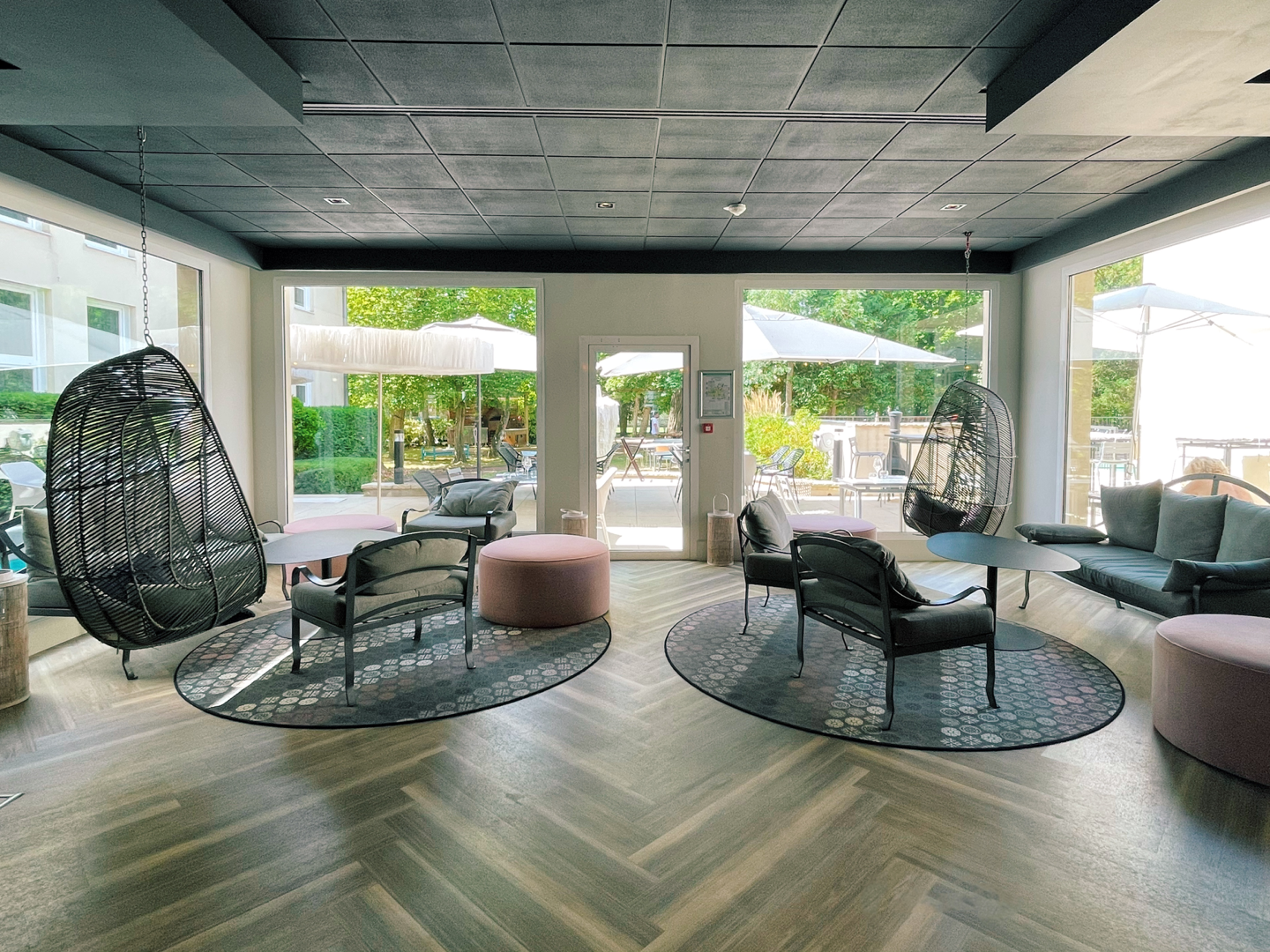 Where to Stay in Fontainebleau 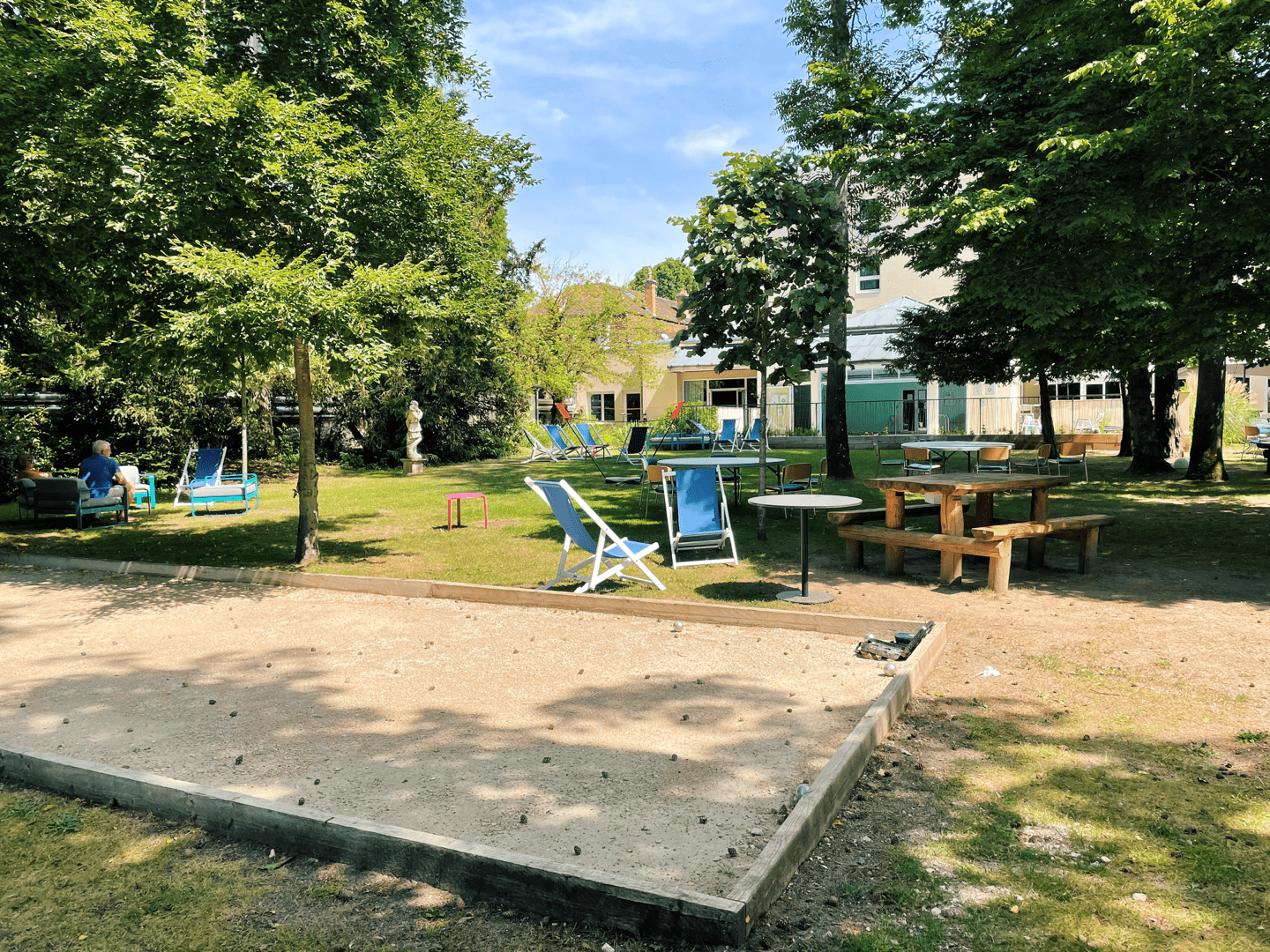 With a welcoming atmosphere, the hotel is ideal for solo travelers, couples, and families alike. The large, open lobby feels like a comfortable living room, with plenty of places to take an apéro, read, or catch up on emails. If the weather is nice, head to the expansive outdoor space, complete with an indoor/outdoor heated pool, picnic tables, tennis and pétanque courts, and even a garden, beehives, and a hen house. Indeed, Demeure de Campagne Château de Fontainebleau feels more like a country house rather than a hotel. 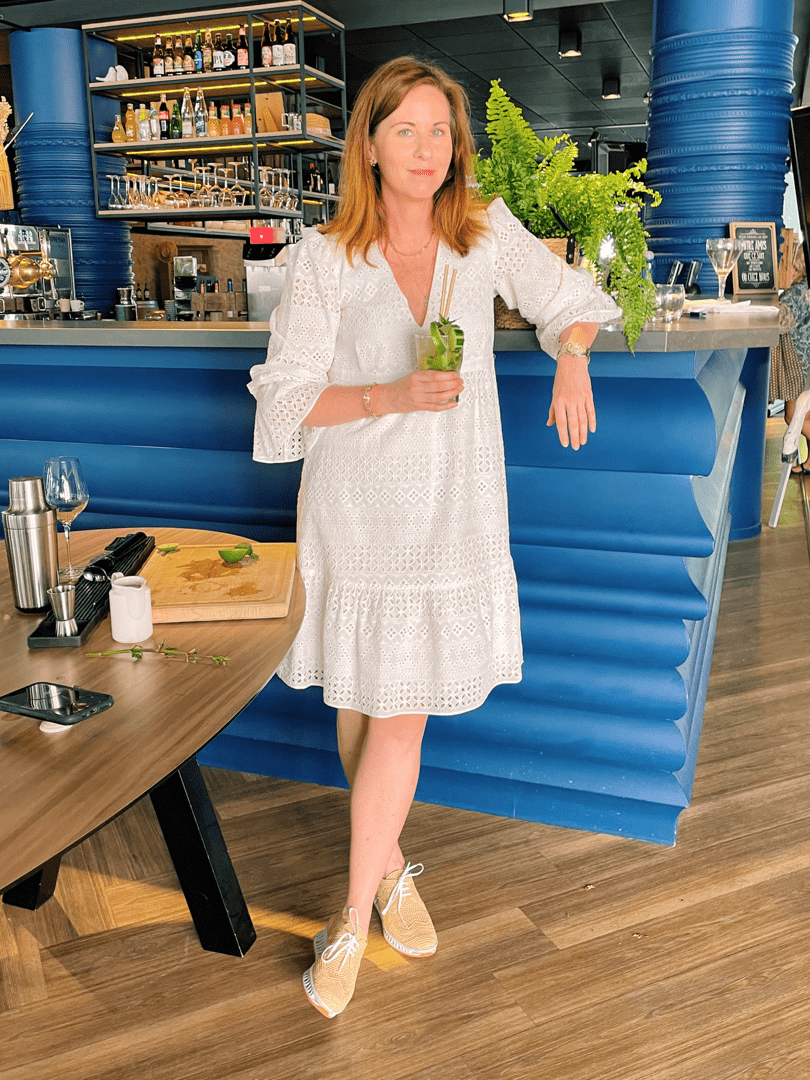 Enjoy mixology and cooking classes on weekends and dine on dishes made from locally sourced ingredients, some of which are plucked from the hotel’s own grounds. A giant, open-fire BBQ made this meat-loving Texan grin from ear-to-ear. Don’t miss the cheese and charcuterie from Les Terroirs de France, made by a third generation fromager, Christophe Lefèbvre and his wife, Ann. And if strawberries are in season, order the tarte aux fraises; it’s one of the specialties of the chef.

What to Do in Fontainebleau

I literally had 24 hours in Fontainebleau, so it’s impossible for me to be the authority on the best things to do in the city. However, I thoroughly enjoyed my time and left wanting to return. For someone who’s seen much of France and the world, that’s a big compliment. 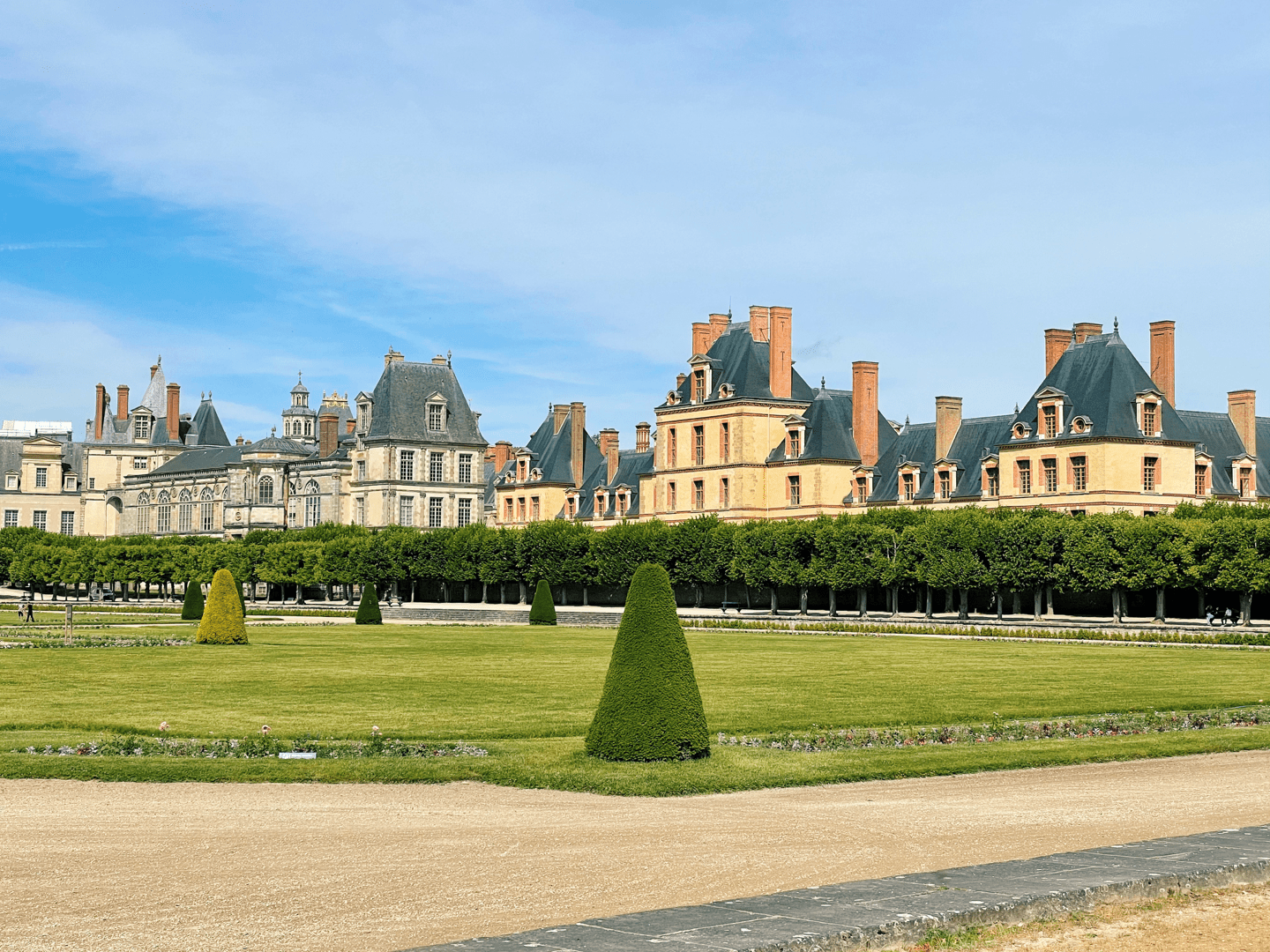 Since I was short on time, I didn’t have the chance to visit Château de Fontainebleau and its 1,500 rooms. As mentioned previously, the castle has been inhabited by all the French kings and emperors from the 12th-19th centuries and is the most furnished of all the royal residences in France. Francis I, Marie Antoinette, and Napoléon Bonaparte all left indelible marks on Château de Fontainebleau. A self-guided visit includes the Napoléon I Museum and the Grands Appartements. To see the Chinese Museum, an additional ticket is required. During a guided tour, visitors will see the Imperial Theater, Petits Appartements, Turkish Boudoir, and the apartments of Madame de Maintenon, the secret wife of King Louis XIV. 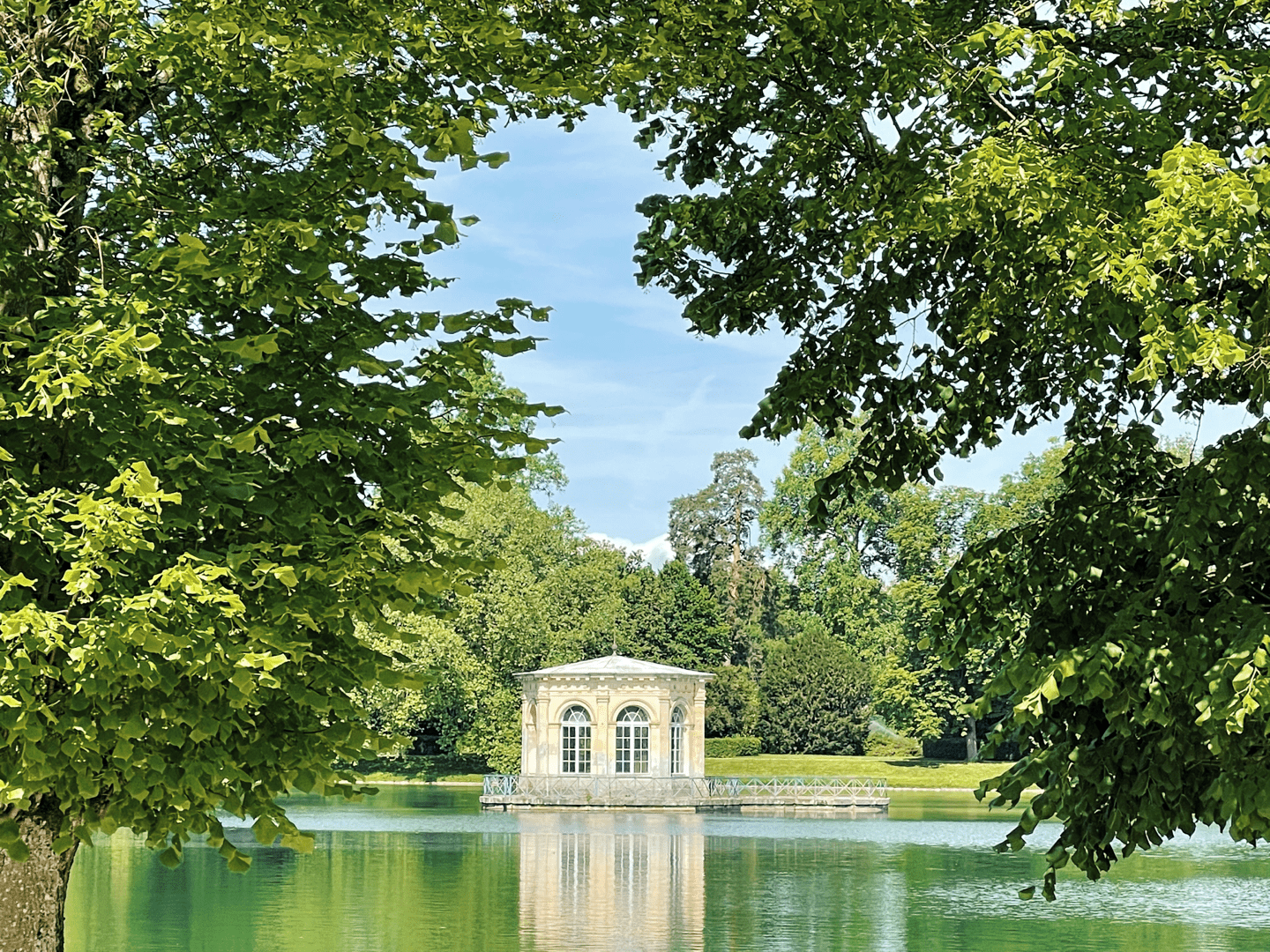 What would a French château be without a massive garden? With 321 acres, there is plenty to see in the gardens of Château de Fontainebleau, which were redesigned in the 19th century. Be sure to take note of the various styles reflecting the centuries of habitation. At one point, it was considered très chic to have an English-style garden, so, of course, there are two at the château. For lovers of the classic symmetry of French-style gardens, there is the 35-acre garden designed by André Le Nôtre, who is probably the most famous landscape architect in the history of the world. He also designed Versailles, Vaux-le-Vicomte, and Chantilly, just to name a few. The Grand Parterre, with its box hedges, water features, statues, and open space, is the largest in Europe and was built by Le Nôtre. At nearly 4,000 feet long and 130 feet wide, is the grand canal built by Henri IV. It was originally lined with 60,000 trees and Henri IV even sailed on it! 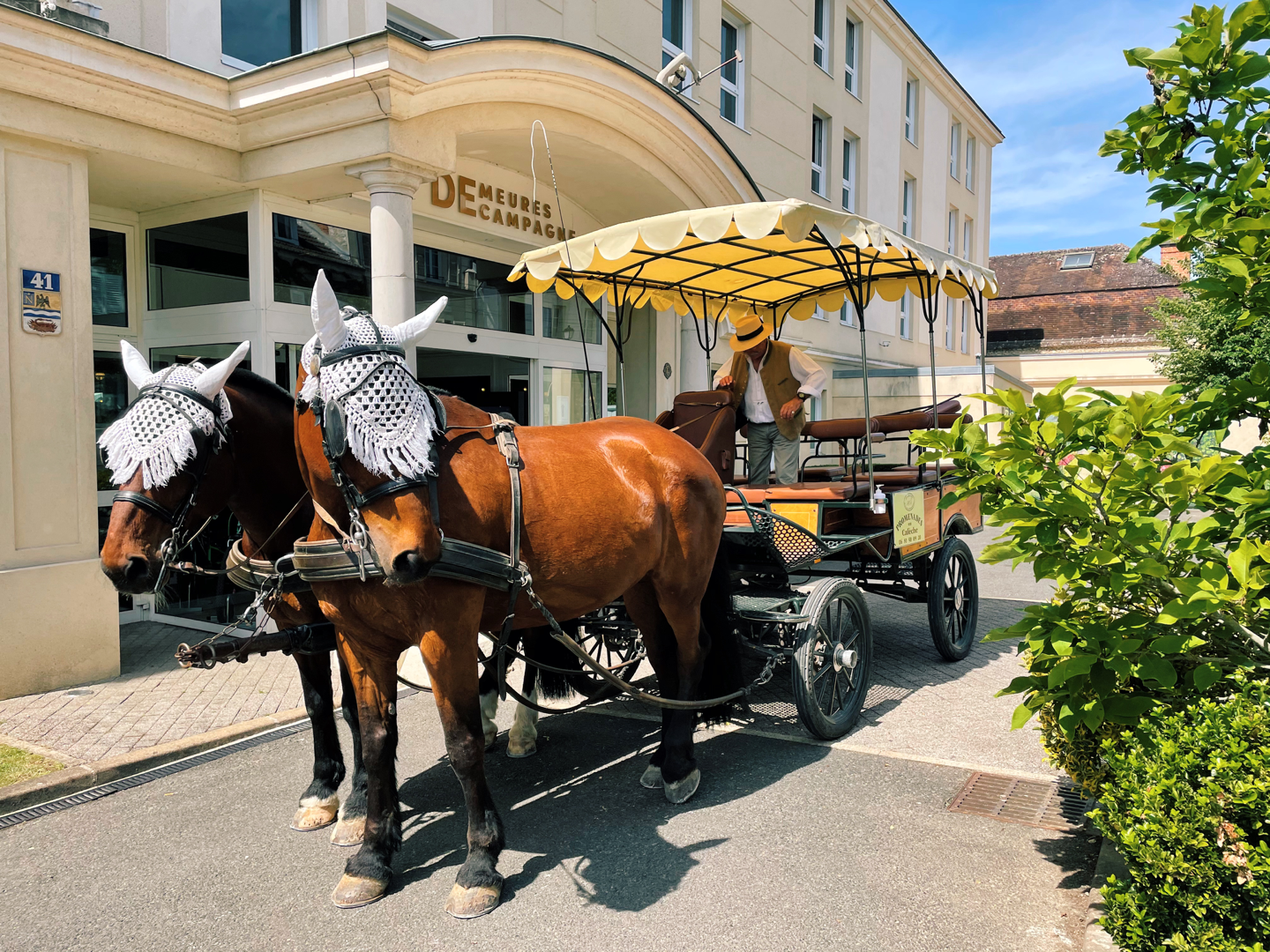 Entry to the gardens is free, and there are many ways to explore, other than on foot. Take the 35-minute tourist train, with an audio guide available in various languages. Enjoy a boat ride on the Carp Pond like royals have done for centuries. Or, do what I did and take a horse-drawn carriage with Les Attelages de la Forêt de Fontainebleau. The driver/guide greeted me at the hotel, along with two beautiful chestnut-colored horses. We made the short trip through town to the castle. Knowledgeable, friendly, and English-speaking, I got an abbreviated history lesson and tour of the gardens, all in the comfort of a horse-drawn carriage. Be sure to check the Château de Fontainebleau website, as some of these activities are seasonal. 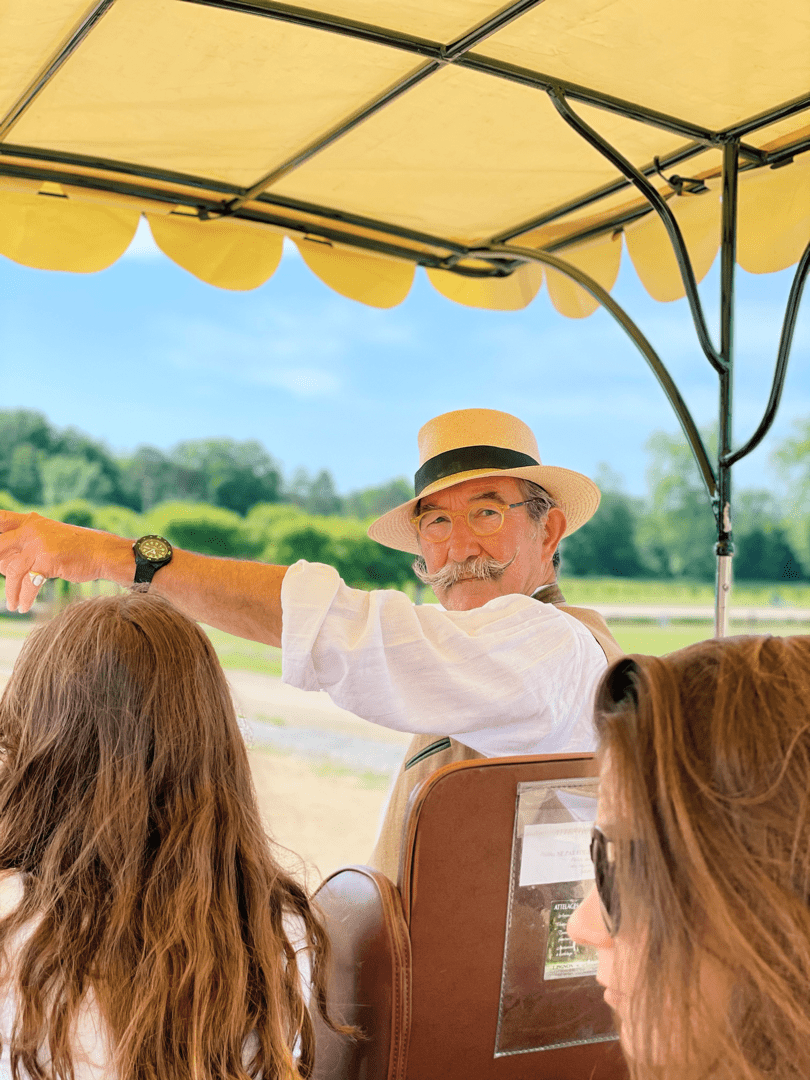 It’s impossible to see even a sliver of the massive Fontainebleau Forest, but a trip to the area would be incomplete without a visit. Bonus: On a hot day, it’s at least ten degrees cooler under the canopies. For the sporty set, there are more than 1,000 miles of paths for walkers, runners, and cyclists. The forest is also a prime location for rock climbers, with about 200 courses. But, if you want to cover the maximum ground in a minimum amount of time (and effort), look no further than a trottinette. 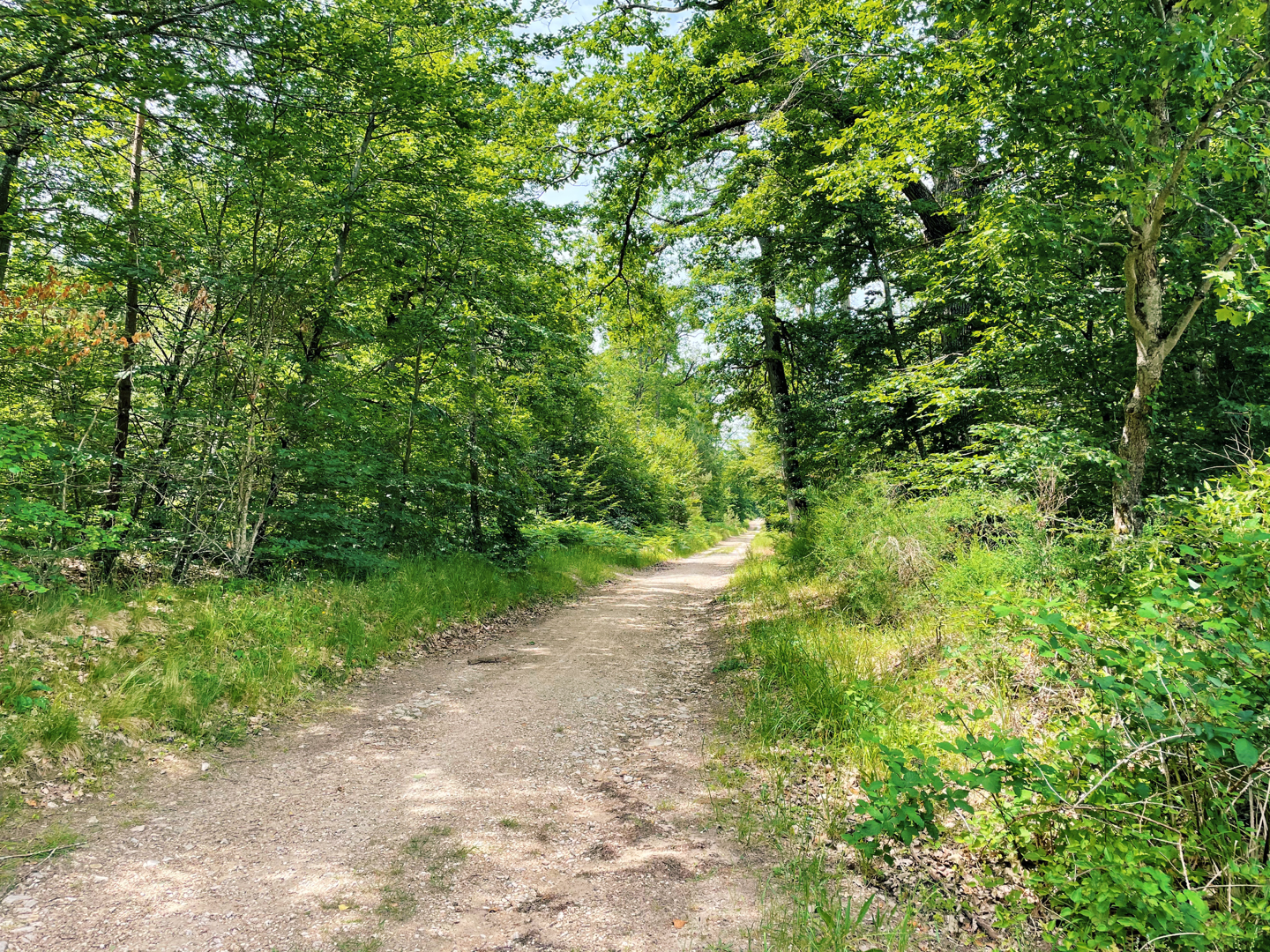 A trottinette is the French term for a scooter, electric or person powered. The trottinettes used in the forest are not the same that have taken over cities across the globe. Rather, these electric trottinettes feel like a snow bicycle and scooter hybrid. The tires are wide for navigating the sometimes rough terrain of the forest, and there are gears, as well as front and rear breaks for managing the hills. They are pretty powerful and go up to 25 kilometers per hour. A helmet is required, as is carrying the battery in a backpack. I’d guess that it weighs about 15 pounds. Though, there are a couple of trottinettes that have the battery integrated. 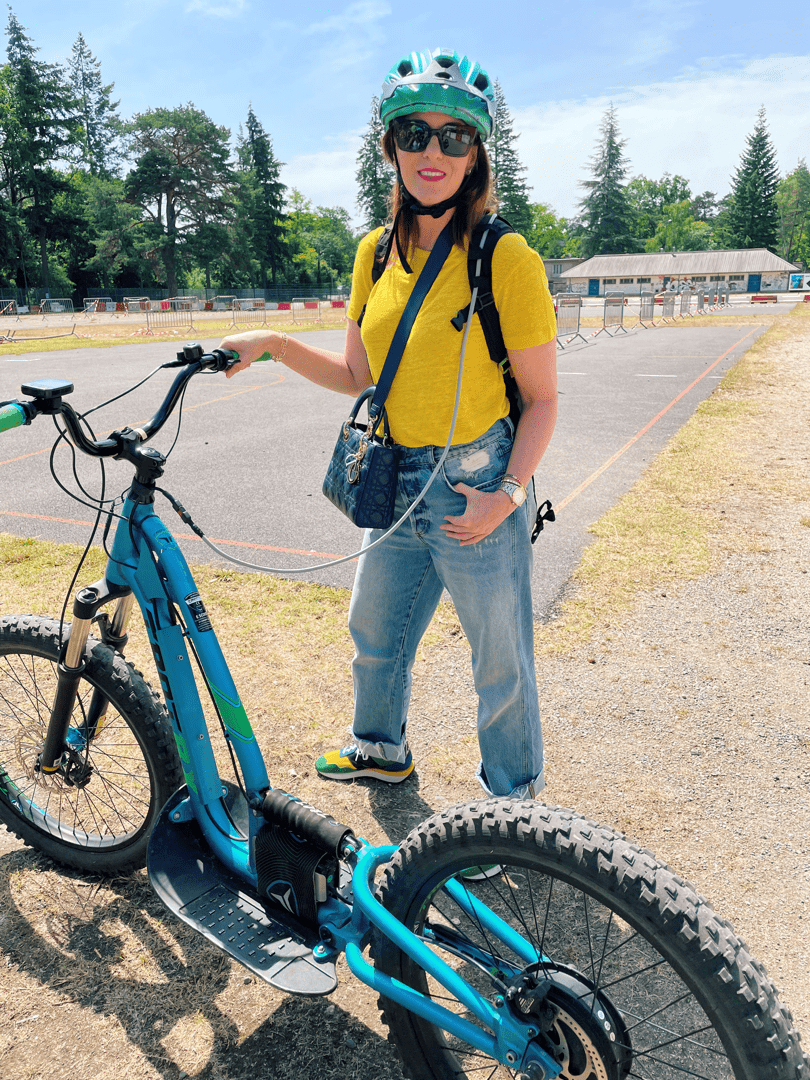 This was my first time on a trottinette, as I’ve refused to use one in Paris. After about a 15-minute lesson from Fabien of Tous en Trott, I was ready to explore the forest. As the time passed, I became more comfortable, even off the paved paths. I thoroughly enjoyed the trottinette forest experience and would recommend it. However, I’d be remiss if I didn’t mention that some people in my group were not nearly as comfortable. Also, carrying the packs, especially in the heat, is not easy. Thus, if you’re super petite, uncoordinated, or unfit, this might not be the activity for you.

One Day in Fountainebleau: A Great Escape from Paris

After not leaving the city limits of Paris for six months, I needed an escape. This trip was everything that I needed. My only regret is not spending more than 24 hours in Fontainebleau. Whether you live in Paris and want to get out of the city for a weekend or are looking for an easy day trip, I’d highly recommend Fontainebleau. Read more about a trip to Fontainebleau from Diane of Petite in Paris. 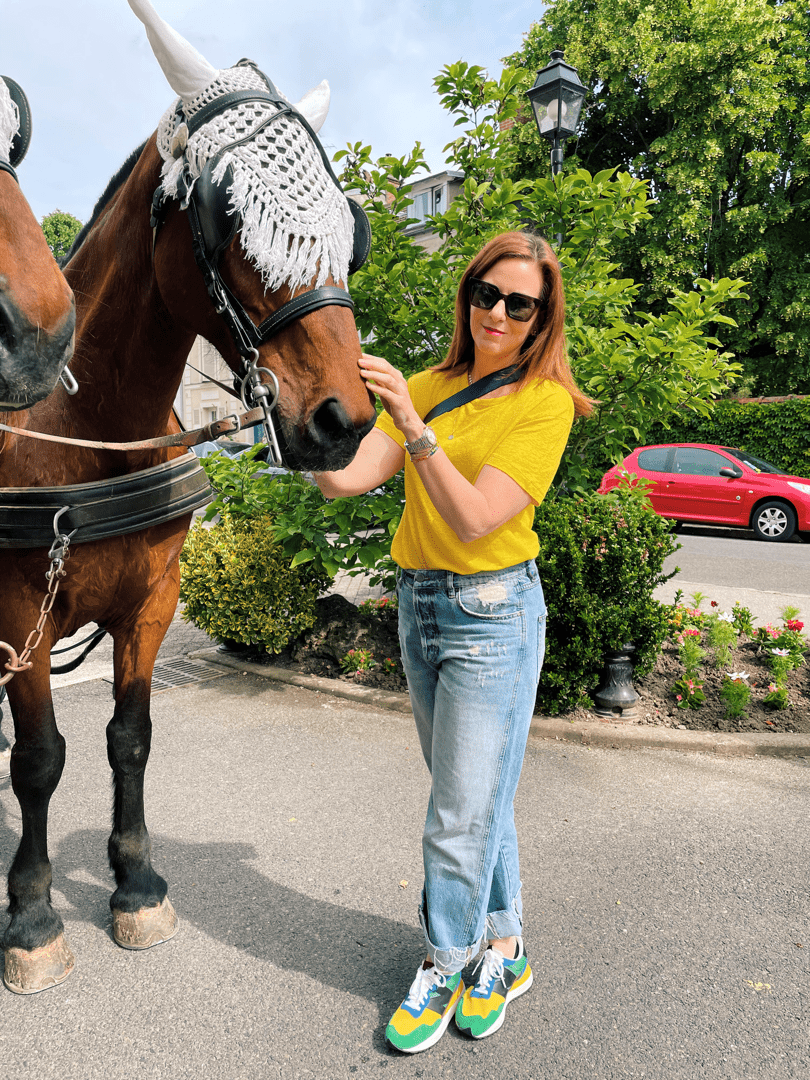 I was a guest of Demeure de Campagne Château de Fontainebleau. In no way was I swayed by the incredible hospitality, copious amounts of delicious food, or the in-room air conditioning. As always, opinions are mine.

American History in Paris: 16 Places to See in the City of Light