As much as I love life in France, there are some things I miss about living in the USA. As a fifth-generation Texan and a who-knows-how-many-generation American, the stars and stripes are all but tattooed on my forehead. The country and its ideals and customs are ingrained as deeply as my Southern drawl. No matter how long I live in France, I’ll never be French. Rather, I’ve become some kind of Franco-American fusion, like bagel shops in Paris and Burger King’s CROISSAN’WICH®.

Many French find my life in Paris ‘curious’ and ‘bizarre.’ Those are the polite terms that the French use when they just don’t understand. Most French can’t comprehend why a woman from Texas could and would uproot her life and move to another country. It wasn’t a job or a man that brought me to Paris, and that scenario is beyond comprehension. You see, the French need a box they can put you into, and frankly, I don’t fit into any of them.

After nearly four years, I’ve become tired of explaining why I chose to live in Paris and have resorted to canned answers: Yes, there are things that I miss about living in the USA. No, I don’t see myself moving back. Yes, my French should be much better. 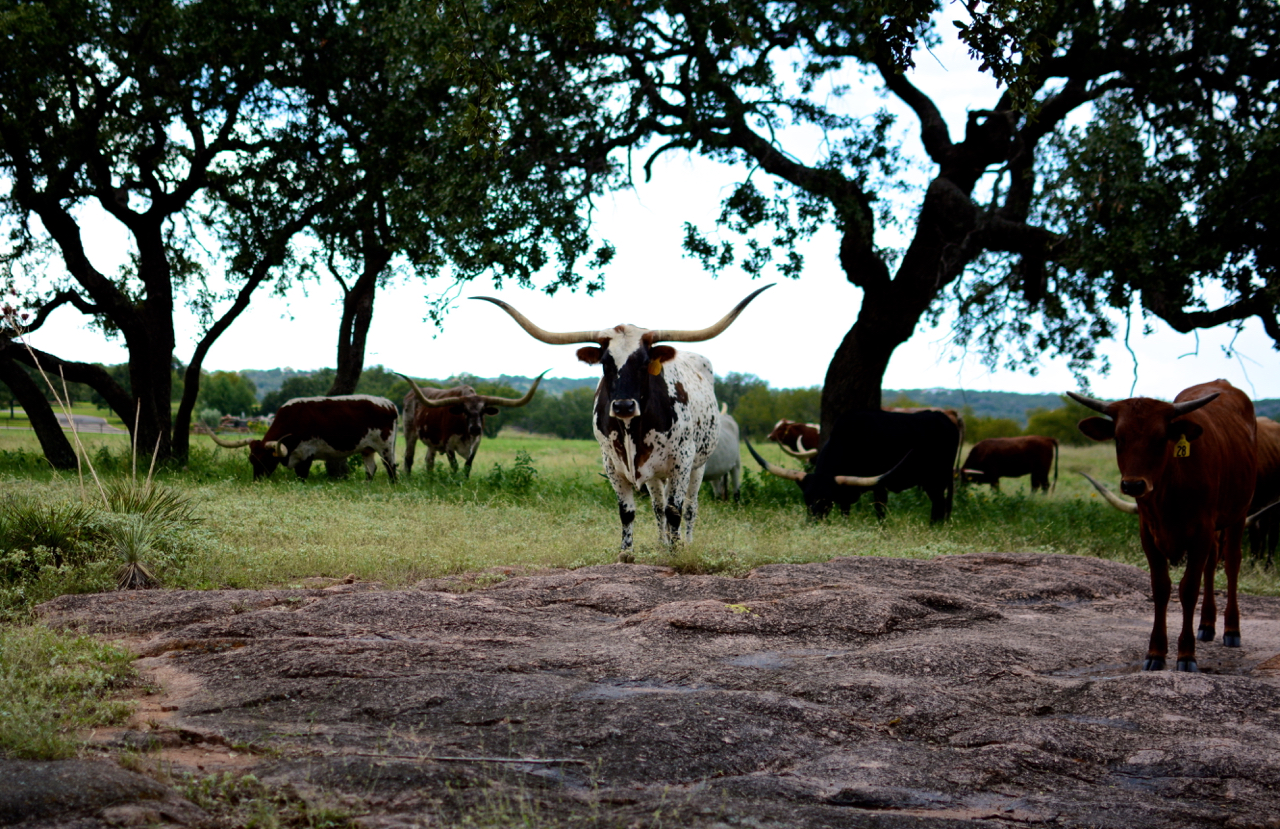 This week, it dawned on me that it’s nearly November, which is obviously followed by December. Christmas is around the corner, and I needed to book a flight to the States. I haven’t been to Texas since June, and lately, I’ve had a longing for the familiar. As I coughed up 60,000 miles from my United mileage account, I thought about all the things I wanted and needed to cram into those ten days in Texas. Other than the obligatory doctors’ appointments, what are the things I miss most? 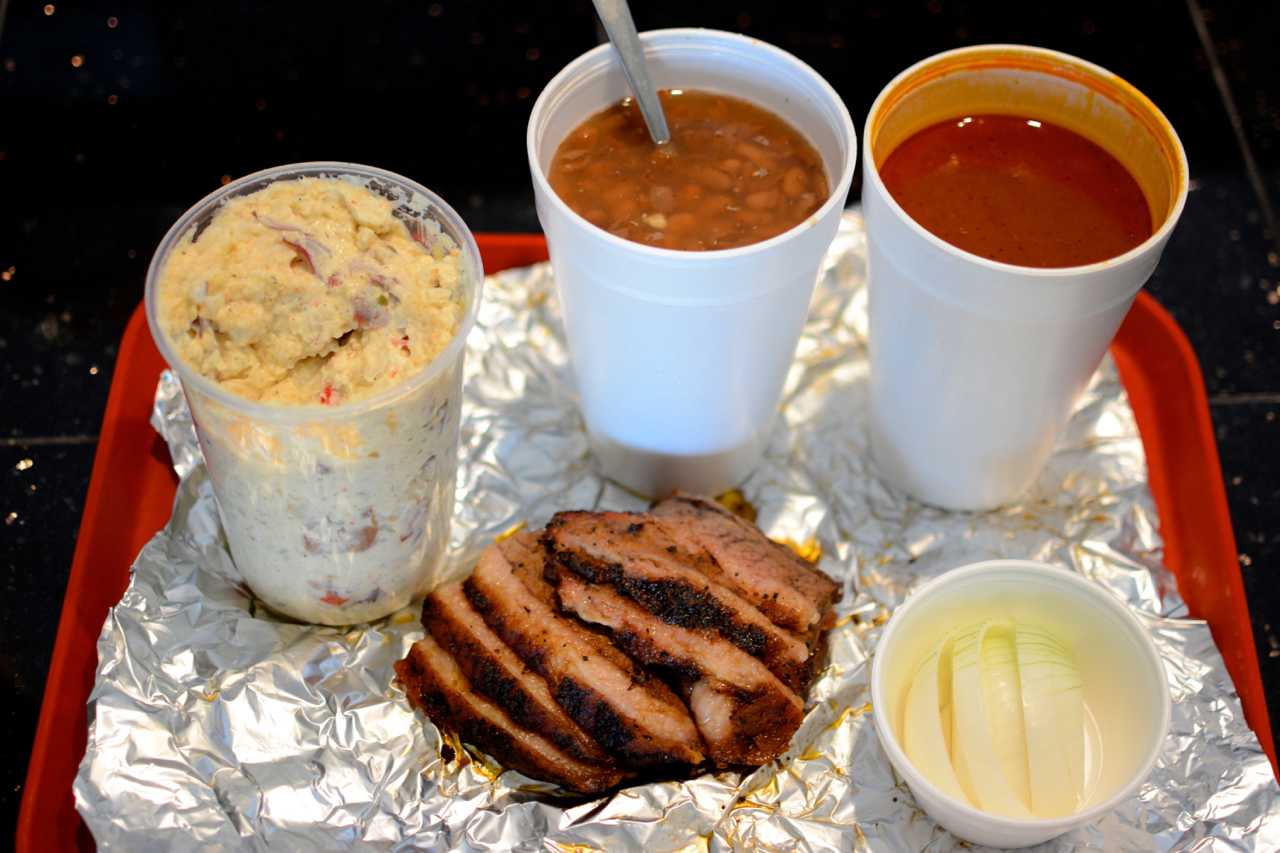 Alright, so food isn’t so bad in France {note the sarcasm}, but despite being able to find both Mexican food and BBQ in Paris, it’s just not the same, not only in taste, but also in atmosphere. Pan au chocolat doesn’t taste as good in Denver as it does in the Marais, does it? We eat using all of our senses, and even though I can get brisket from a Central Texas trained pit master in Paris’ 3rd arrondissement, it doesn’t compare to being slapped in the face with smoky goodness the moment I step out of jacked up Chevrolet Silvarado. As the lid of the massive black iron smoker is raised to reveal the meat, the heat hits my face like an August afternoon in Austin. There’s nothing to compare with BBQ in Central Texas, both in terms of flavor and experience. 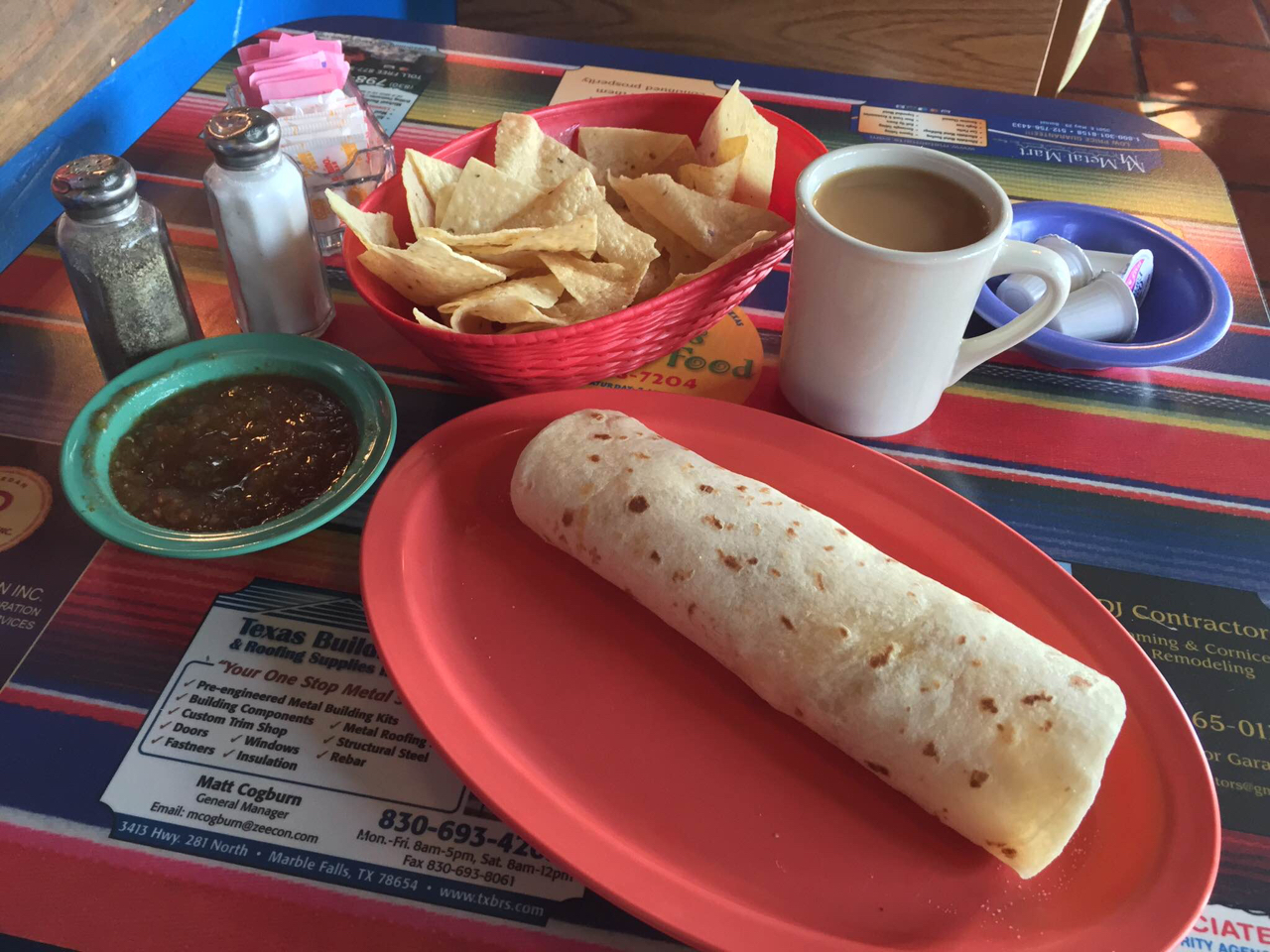 The same goes for tacos. There’s a smattering of Mexican food restaurants in Paris, but I’ve yet to find one that gives me the same feeling as in Texas. I’m talking about family-owned taquerias, where a poster of the local high school football team hangs next to a painting of Jesus. Giant glasses of iced tea, bottomless chips and hot sauce, and 101 combination plates are on the menu, but waitresses needn’t ask my order; it’s always the same. 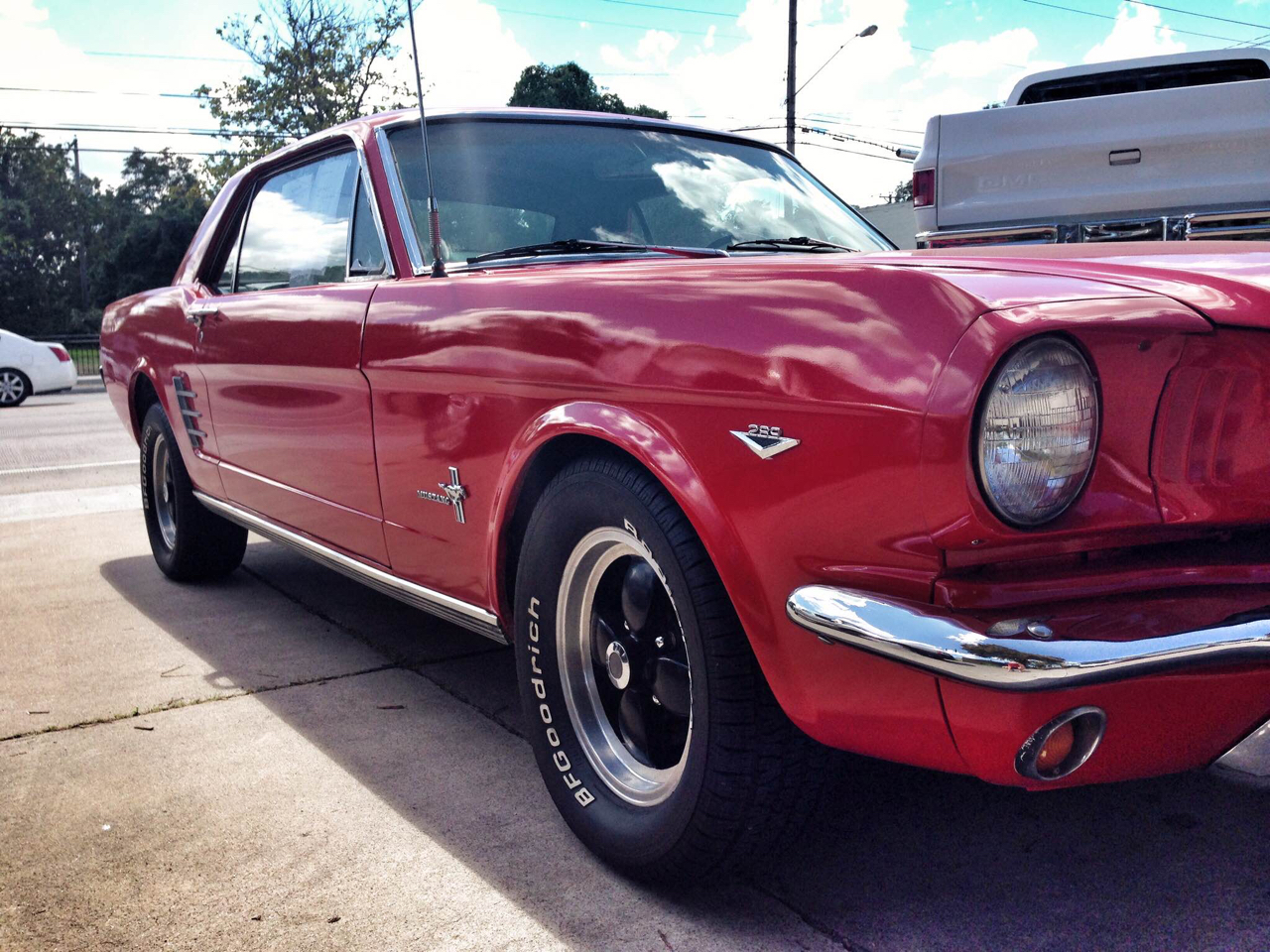 When I was young, I thought I’d be either a truck driver or a race car driver. I learned to drive when I was nine-years old. When I was ten, I stole my parents’ Suburban and drove to a football game. At age thirteen, I got my first car: a mint-condition ’66 Ford Mustang. Yes, I drove that sweet ride for a full three years before getting a license. It’s just one of the benefits of growing up in a town of 1,200 people. 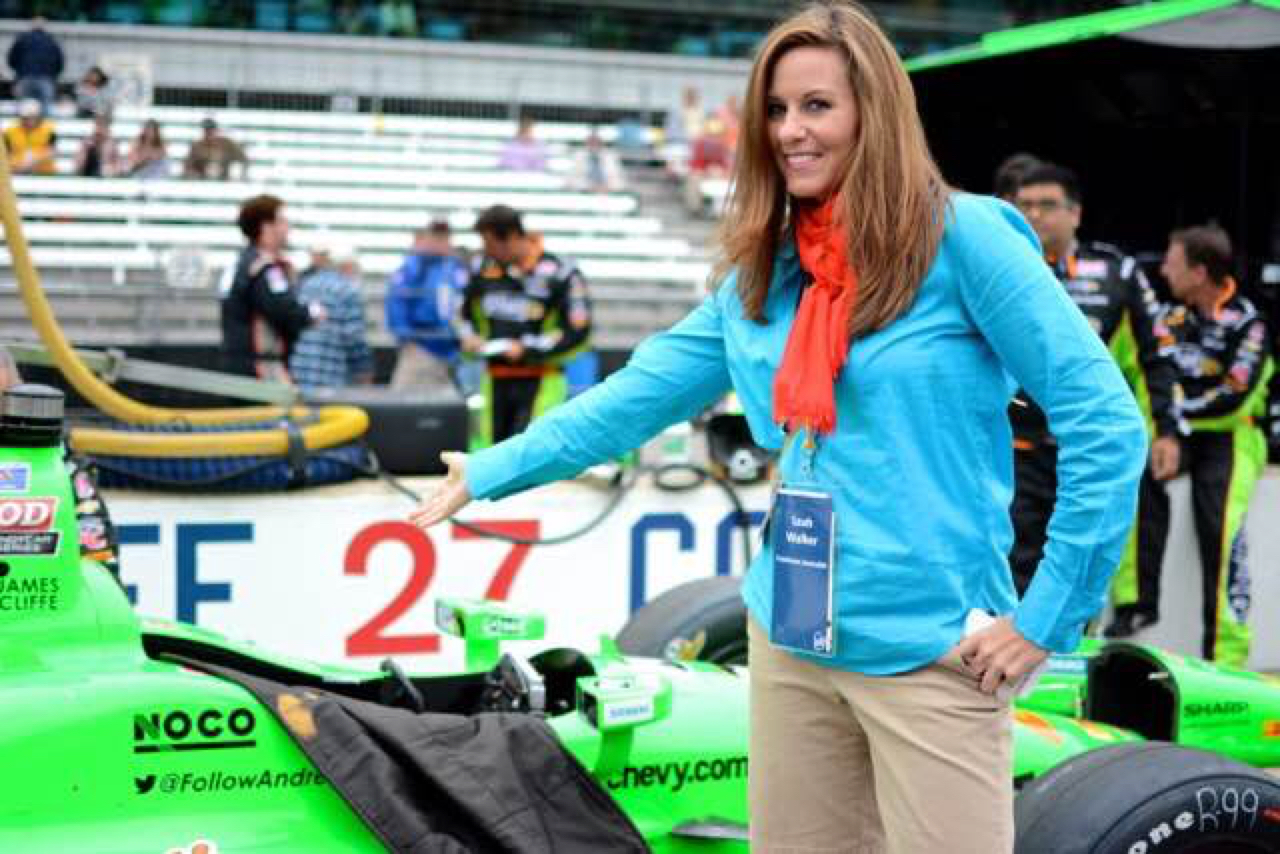 I don’t own a car. In fact, I sold my Escalade the day before moving to Paris. I must say that I don’t miss the costs and responsibility associated with owning a car, but I do miss the freedom that it gives me. Now if I want to go somewhere, I search for a train ticket, rather than a parking spot. Walking up to the car rental counter at the Austin airport gives me butterflies. Being behind the wheel, even for a few days, gives me a sense of control that I’ve not felt for a few years.

The other day, I was on a tour with a group of journalists. The tour was conducted in French, and I was the only one who didn’t speak the language. Genuinely interested, I struggled to understand what was being said. Frustrated with myself, I felt disheartened. Learning French hasn’t been the priority that it should be. Although my understanding of the language has grown leaps and bounds, it isn’t up to par for someone who’s been living in France for two years. This is nobody’s fault but my own. 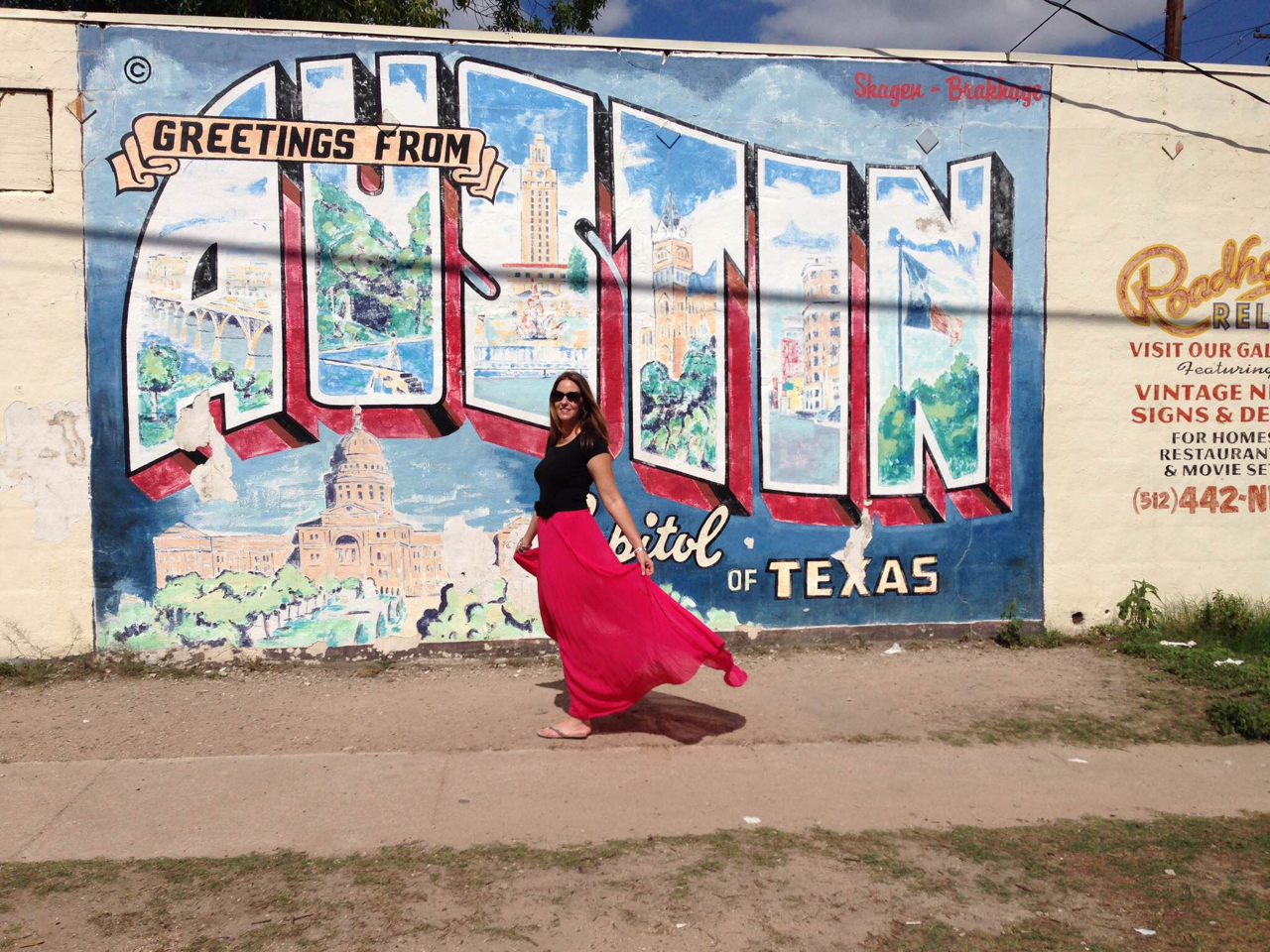 Communication is much more than just verbal. Learning vocabulary, sentence structure, and conjugation is a big part, but hand gestures, facial expressions, and even the way you lay a fork and knife on a plate are also ways of communicating in France. It will be nice to return to the States, where I don’t have to run phrases through a translation app or ponder whether I should kiss, hug, or shake hands with someone. These minute things are inherent. I don’t realize how exhausting the day-to-day life of an expat truly is, until I return to my native environment.

Living in the USA is just easier, and not just because of the language and cultural barriers I face in France. I know that many French that have also lived in the USA wholeheartedly agree with me. Simple things, such as doing business online, are a luxury in France. I laughed when my mobile provider, one of the biggest in Europe, recently sent out a message saying that I was now able to pay my bill online with a credit card. From renewing a driver’s license to making dinner reservations, so many of the otherwise time-consuming tasks in France are automated and streamlined in the USA. 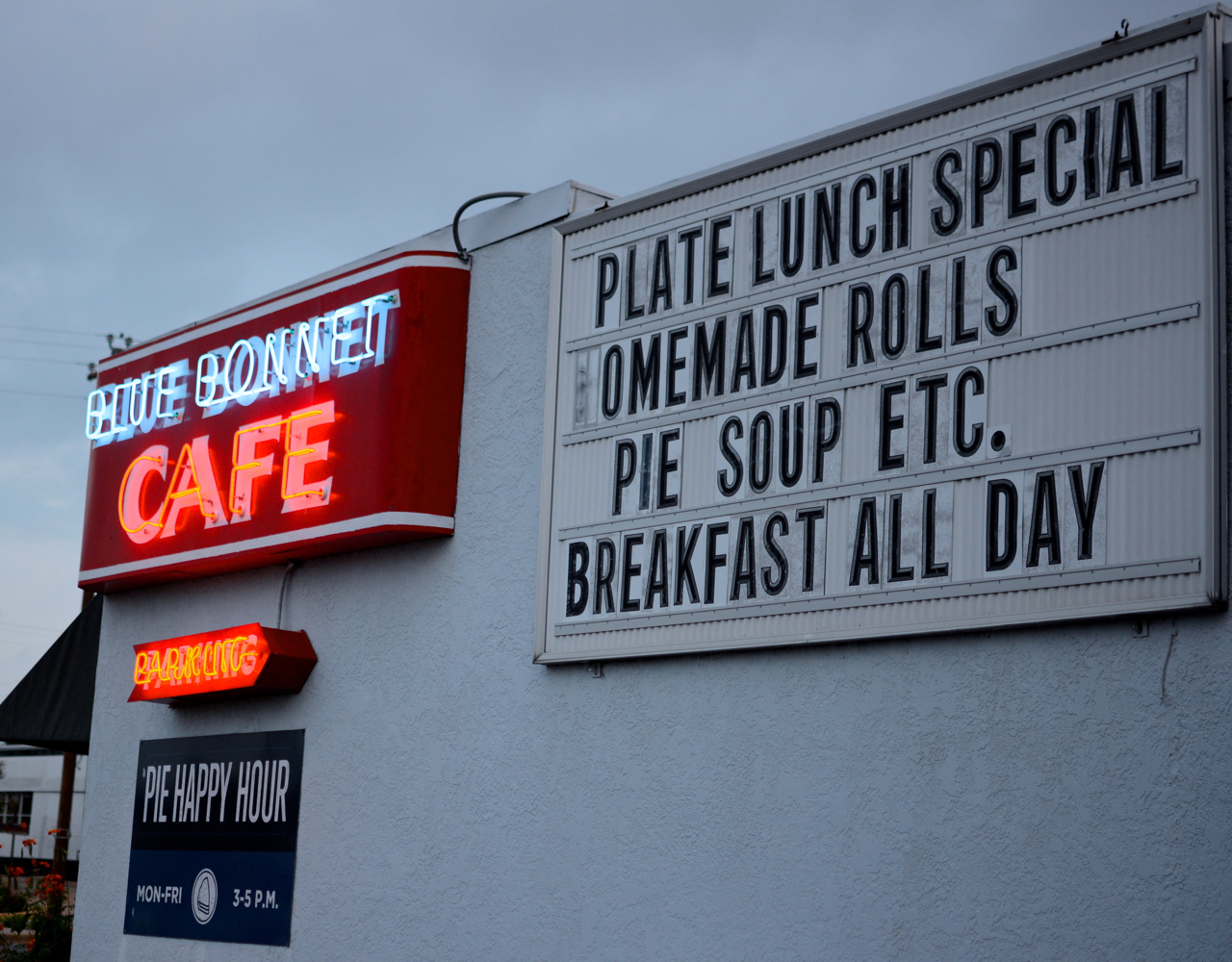 Need a thermometer or a quart of oil at midnight on Sunday? Craving sour cream and onion-flavored Pringles at 3:00 am? In the States, odds are that you’ll find more than one place open selling these very things, most likely under one roof. It’s a convenience that I rarely thought about, until moving to France. Now, my Saturdays in Paris include making sure that I have enough milk, water, and groceries to sustain myself until Monday. Most places, with the exception of a random Carrefour and Marks & Spencer, are closed on Sunday, which harkens to the strict Bible Belt Blue Laws of my youth. When I’m in Texas, I probably won’t drive to Wal-Mart at 1:00 am for a box of Little Debbie Star Crunch, but knowing that I could is a comforting thought.

My Father and Dog 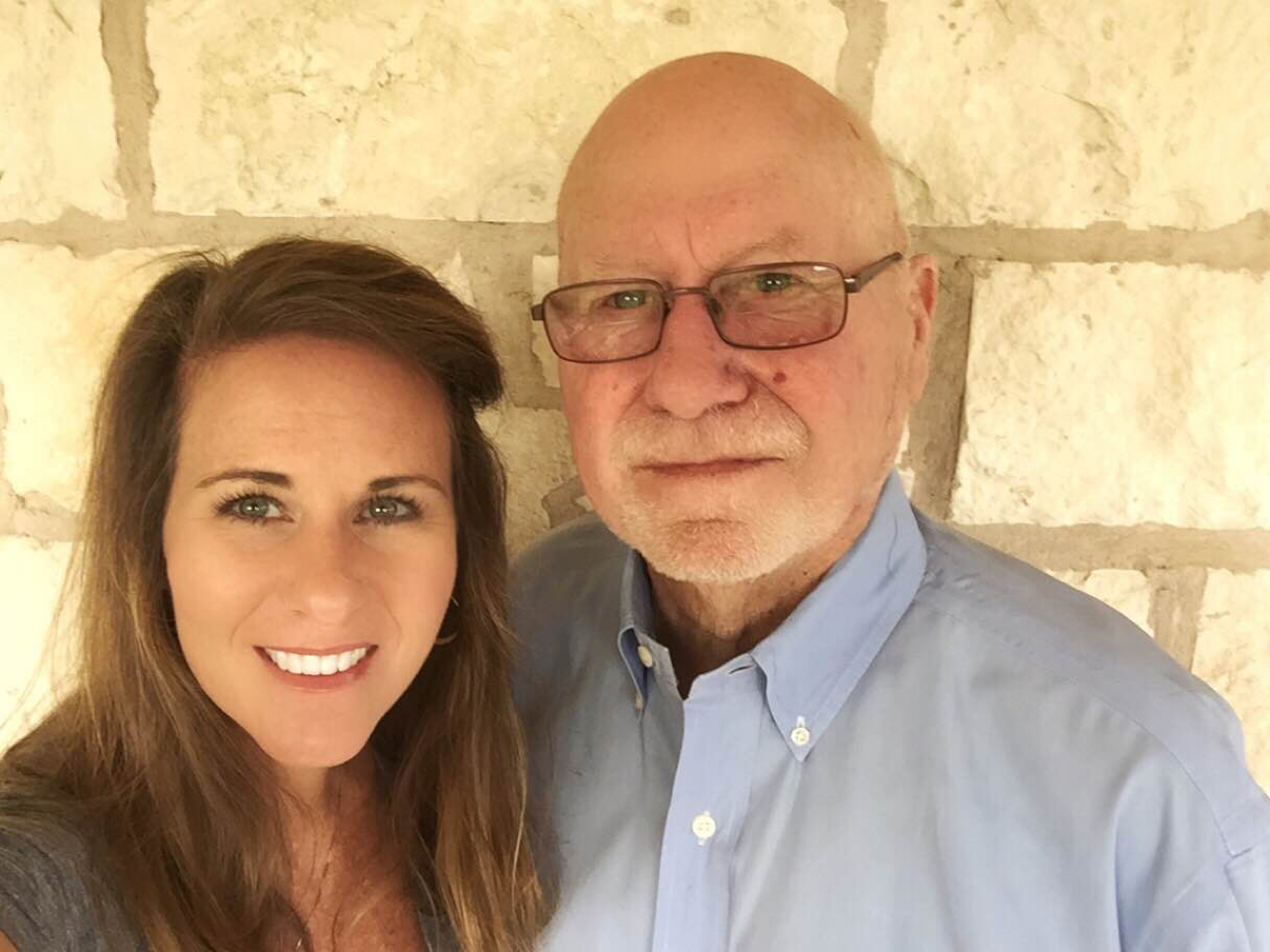 I haven’t always been a daddy’s girl, but since the death of my mother, I’ve become one. Time is very precious, and I realize that there will come a time when he’s no longer around. I struggle with balancing time with my father and my life in France. We Facetime at least once per week, and he keeps up with my day-to-day life through Instagram. I miss my puppy dog, but I don’t think she actually qualifies as mine anymore. They say possession is 9/10 of the law, and my dad has had her for over three years. They are thick as thieves, and I wouldn’t dream of separating them. So, when I go back to Texas, I make sure to give lots of hugs to my dad and belly rubs to Rider. 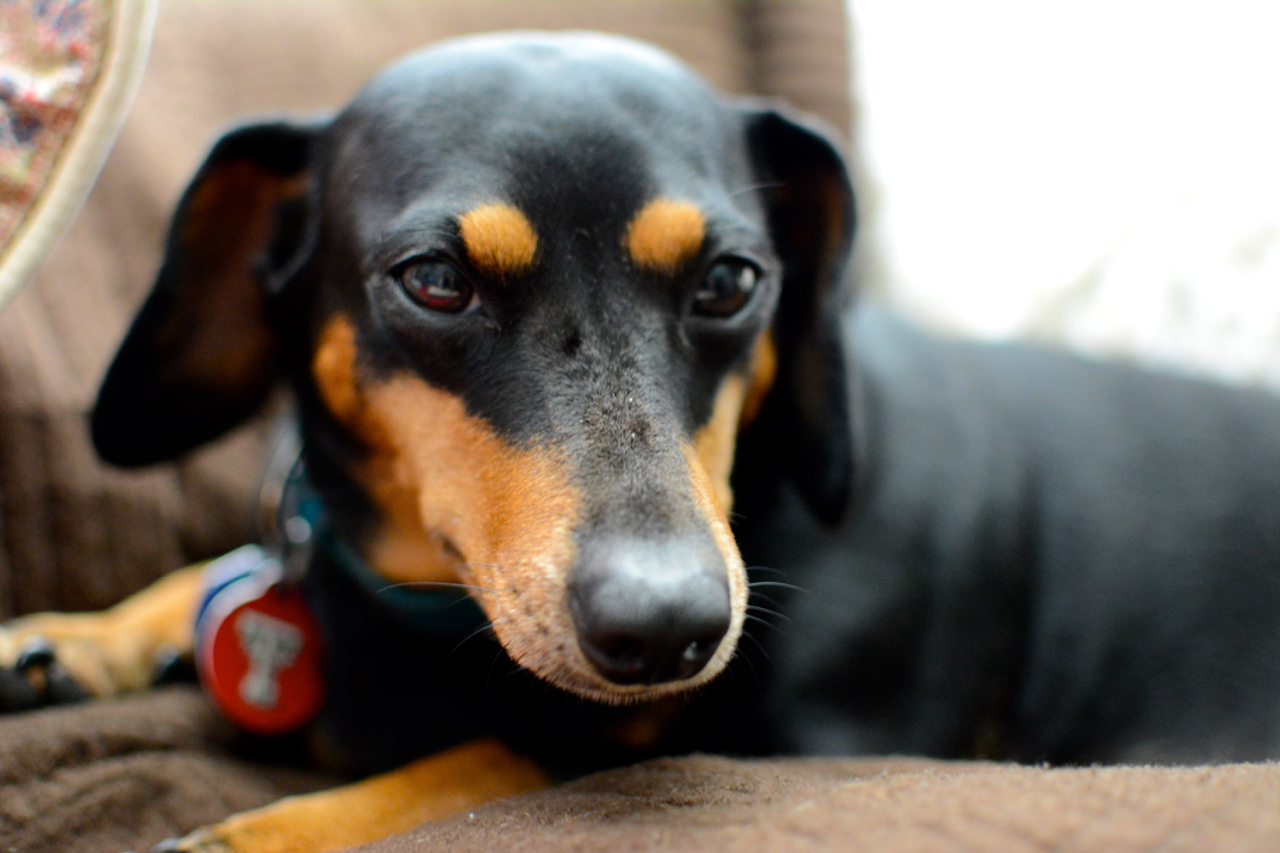 Life in France is not without its frustrations, but it’s a life that I love. I haven’t totally abandoned my American ways; I still give hugs, find myself talking way too loud, scoff at strikes, and put Tabasco on just about everything. I appreciate the French joie de vivre, but I also look forward to returning to Texas, where I’ll certainly cruise through a 24-hour drive thru and order a brisket taco, with extra BBQ sauce. 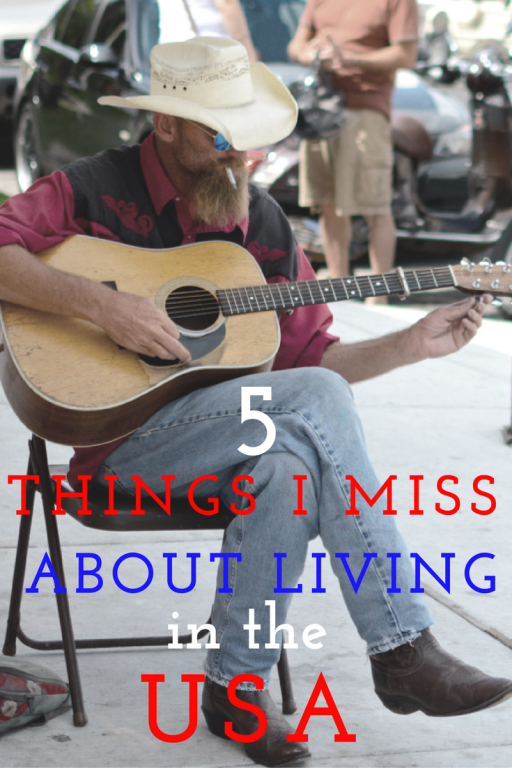