In France, food is more than fuel. As the great Julia Child said, “…cooking is a serious art form and a national sport.” In fact, like the Olympics, the titles of Meilleurs Ouvriers de France {MOF for short} are handed out every four years to the country’s best pâtissiers, chocolatiers, bakers, cheese and fishmongers, and butchers. This rigorous competition separates the great from the phenomenal; as does the blue, white and red striped collar that the winners are entitled to wear. Indeed, the art of food in the hexagon {as the country is known} is a source of pride for the French. But the French aren’t ones to sit back in Michelin-starred restaurants and allow those trained at Le Cordon Bleu to do all the cooking. In fact, I’ve discovered that it’s a huge source of pride for the French to know how to cook, especially among men. 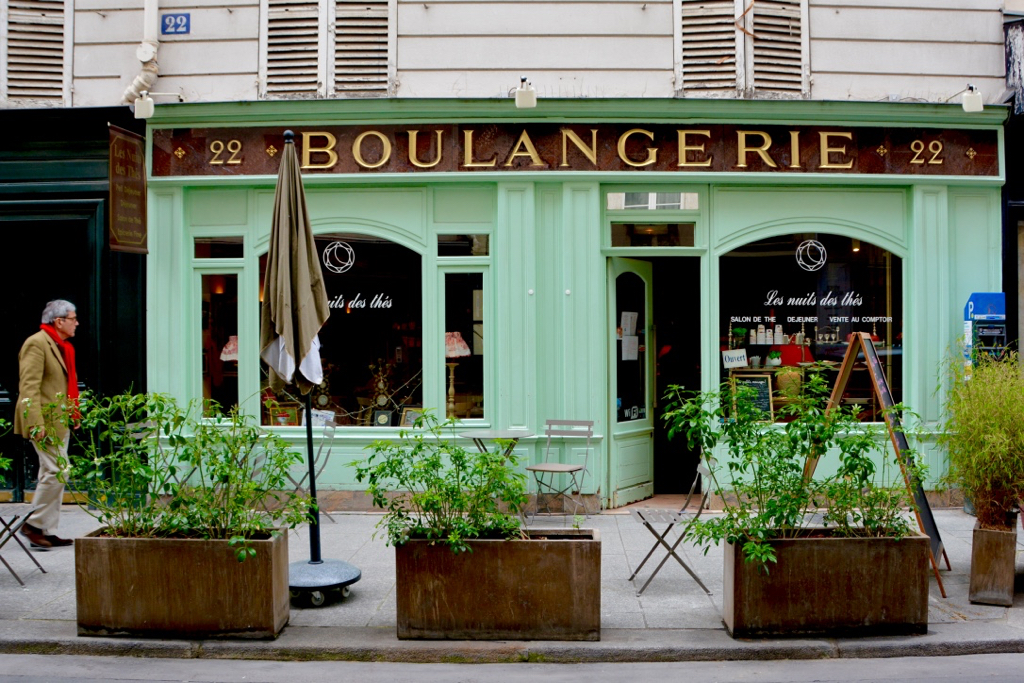 Food isn’t just eaten. It’s discussed: the produce, the proteins, the sources, the colors, the flavors, the methods, the appearance, and the taste. And that’s just the food. Add wine to the mix, and it’s no wonder that the time spent at a French table is eternal. In France, a meal, no matter how simple, is relished. In regard to shopping, food markets are mandatory, and the word fresh rolls off the French tongue as much as d’accord. Everyone has a fromagerie, patisserie, and boucher of choice, and are very much faithful to those places. This aspect of French life is one that I’ve come to treasure. 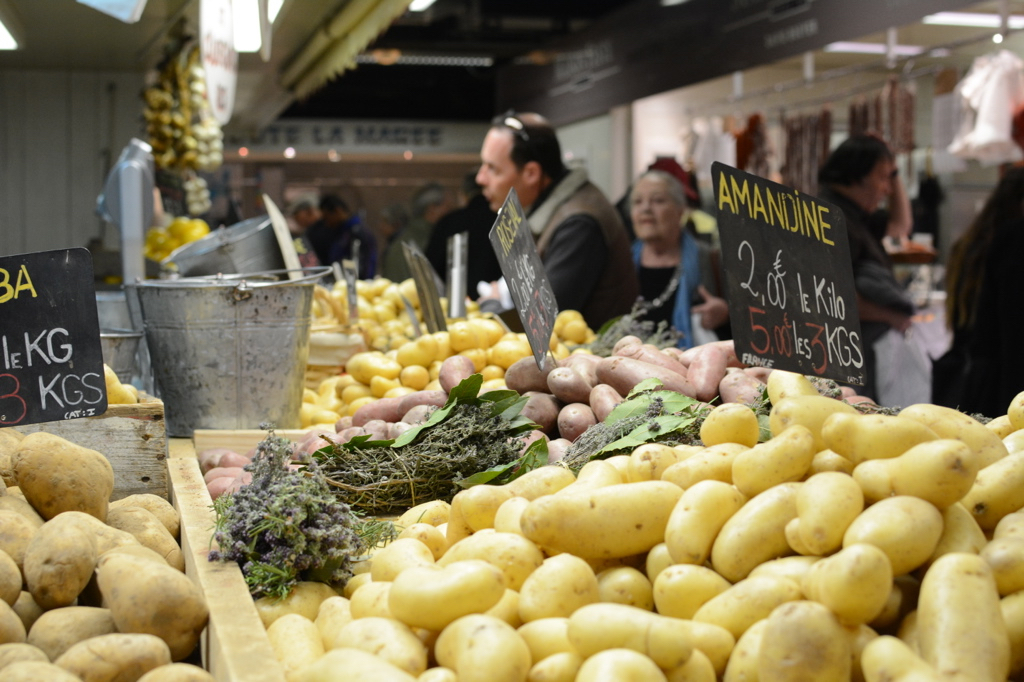 Understanding the French food culture isn’t something that I can even pretend to say I’ve mastered, but I’ve come a long way from my first lessons in January 2014. A couple of years before moving to Paris, I took a French wine and cheese class, where I discovered that there is most definitely a right and wrong way to cut cheeses, along with what the A.O.C. system actually entails. Overwhelmed and a little drunk, I realized after two hours with a sommelier in the Cook’n with Class Paris cave that wine and cheese in France is serious business. A few days later, I took a macaron making class at the school. I came away with not only a severe sugar rush, but also a newfound respect for pâtissiers. Not only are the quintessential French treats tasty and pleasing to the eye, but also a lot of work. 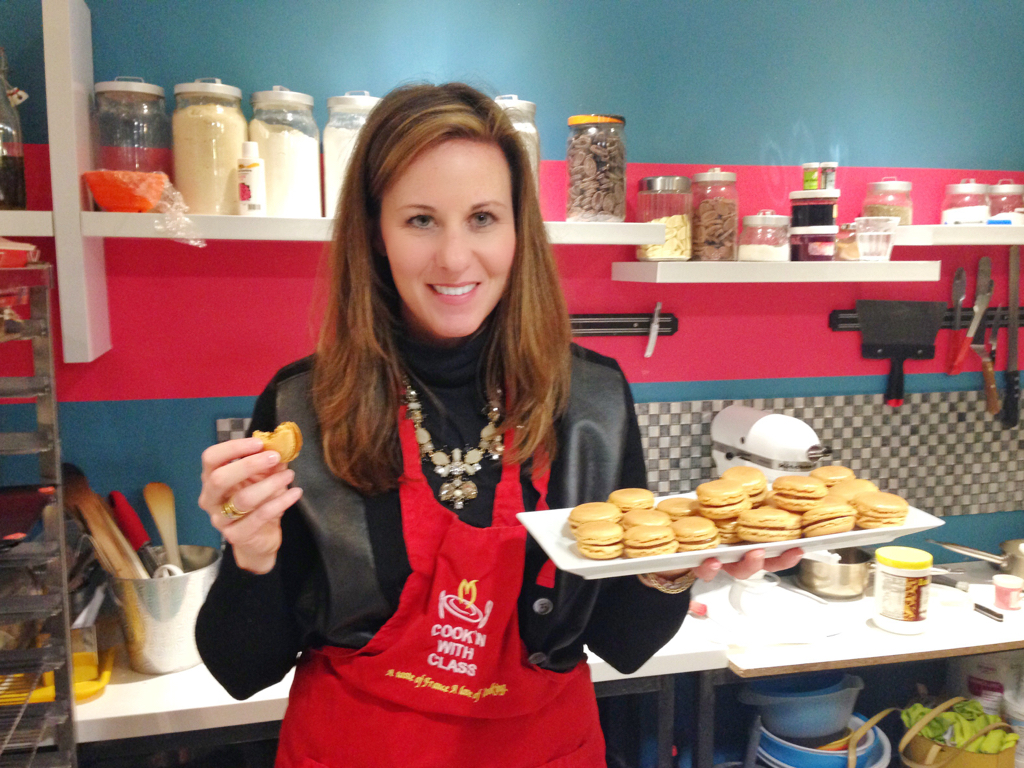 In her book, My Life in France, Julia Child wrote, “…no one is born a great cook, one learns by doing.” This is no exception to the French. Pierre doesn’t pop out of the womb knowing how to create the perfect cassoulet and confit de canard any more than Sophie the Parisienne is born with effortlessly chic style. Cooking–especially French cooking–is a skill that’s developed throughout a lifetime.

Around the world, I’ve taken a multitude of culinary classes. I’ve wandered countless markets, dined in some of the finest restaurants, and eaten plenty of tasty street food. I’ve eaten with locals in their homes and drank with them in their cellars. Through these experiences, I’ve discovered that culture and food fit together like hand in a glove, and seeing the world through the lens of food is the most delicious of discoveries. 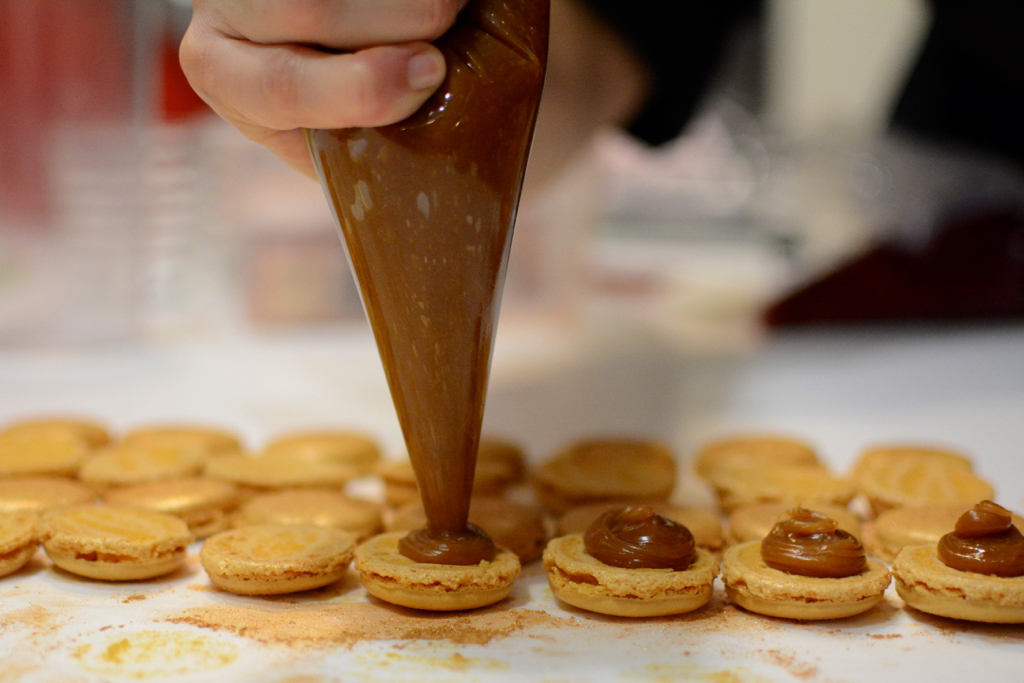 In my attempt to assimilate to my adopted home country, I’ve decided to delve even deeper into the French food culture by going to school. Thus, in June, I’ll be attending French cooking school in Uzès with Cookin’ with Class. For an intensive week, I’ll be baking, cooking, and eating my way through Provençal and Mediterranean cuisine with the guidance of experienced French chefs and a sommelier. I’ll visit food markets and local producers, buying ingredients straight from the source. That’s the French way. Classes run the gamut from sweet to savory, and the best part is that I’ll be testing the results.

Highlights from my week in Uzès include: 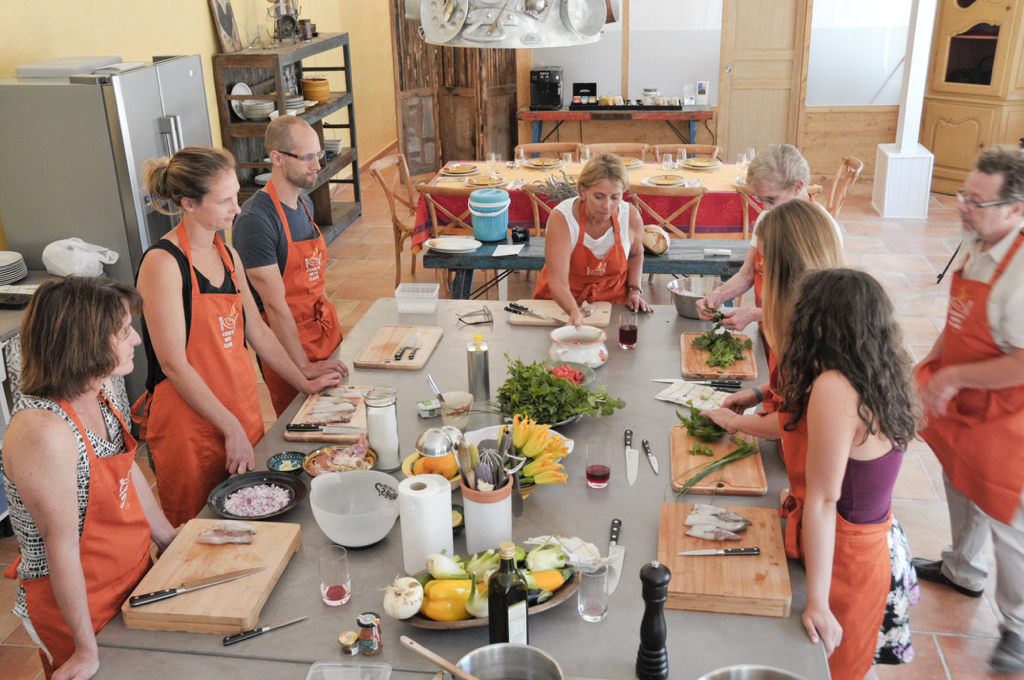 This week won’t be all work and no play. That’s not the French way. This is, after all, a culinary holiday in the South of France. I’ll stay in a beautiful bed and breakfast and have some free time to explore the area. The well-preserved medieval town of Uzès is located on the western edge of the Languedoc-Roussillon-Midi-Pyrénées region, just on the other side of the Rhône River, where Provence begins. Called “the hidden gem of the South of France” by the New York Times and the “secret side of the South of France” by Conde Nast Traveller, Uzès is a place I’m eager to discover. 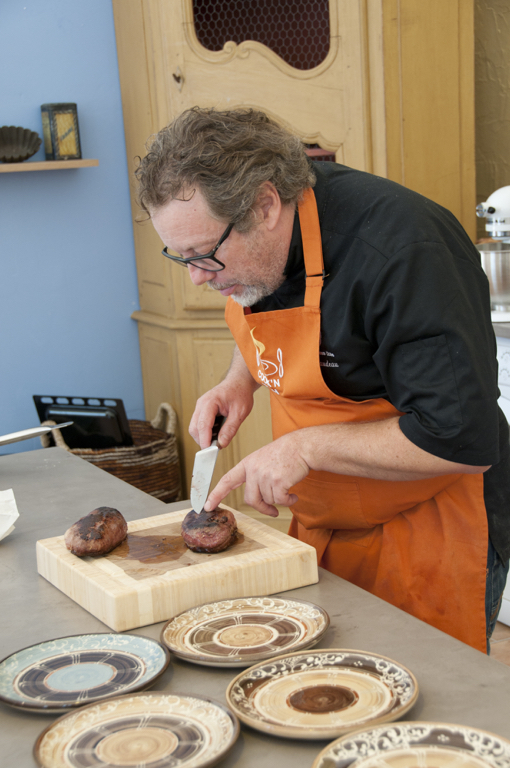 Cook’n with Class founder, chef Eric Fraudeau, has more than thirty years of experience in the hospitality industry. He’s taken his skills from France to Mexico, Canada, and the United States, while working as a chef in luxury hotels, as well as in the kitchens of legendary French chefs, Alain Ducasse and Joel Robuchon. Returning to France in 2007, chef Fraudeau began Cook’n with Class Paris, a place in Montmartre where English speakers could learn the art of French cuisine in a casual and intimate atmosphere. After much success and 20,000+ students later, chef Eric Fraudeau and wife, Yetunde Oshodi, left the City of Light in 2011 for a slower pace in the South of France. It was in 2015 that the pair opened their second school, Cook’n with Class Uzès. With a similar model as the Paris school, Uzès offers market visits, cooking and baking classes, but with a Provençale and Mediterranean twist.

“This is my invariable advice to people: Learn how to cook- try new recipes, learn from your mistakes, be fearless, and above all have fun!” ― Julia Child, My Life in France

This quote by Julia Child strikes a chord. Food, even French food, is supposed to be fun. And there’s not much more that I enjoy than time around the table, indulging in good conversation, wine, and food. I anticipate this culinary holiday in the South of France will combine all of my favorite things

If you’d like to join me from June 11-18, there are still a few spots left. Too short of notice? The next week is scheduled September 17-24. Never fear. If you can’t get away for an entire week in the South of France, there’s always the option of the Paris school and its multitude of French culinary classes. 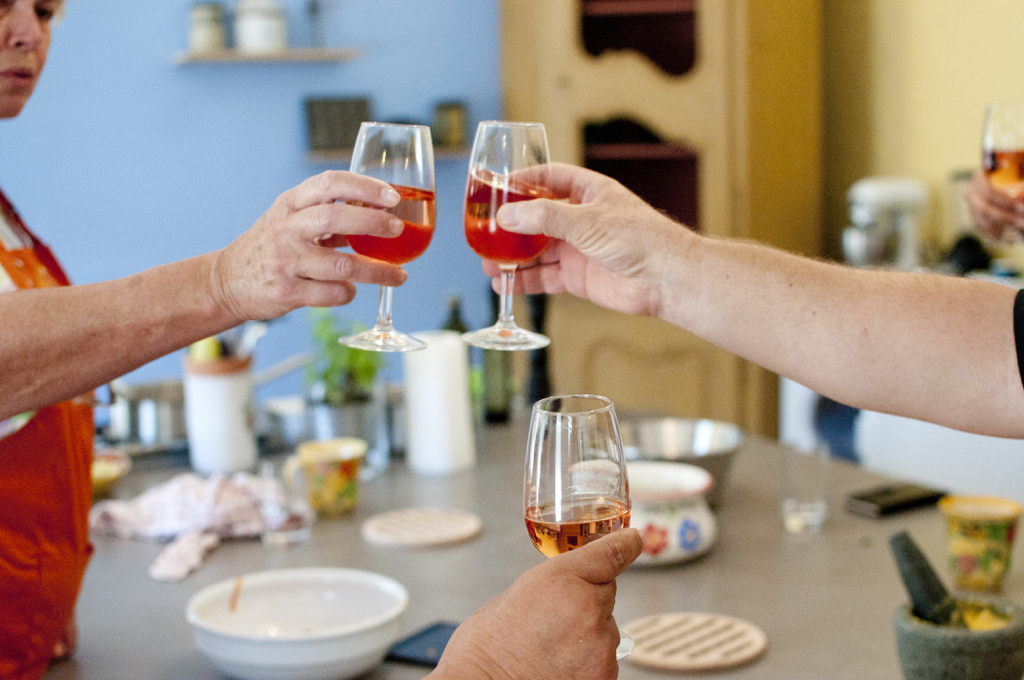 Learning the art of French cuisine is more than just methods, recipes, and ingredients. Rather, it’s a deliciously decadent state of mind worth appreciating, adopting, and celebrating. I have no illusions of ever earning a Meilleurs Ouvriers de France title. I figure that I’ll master a few dishes, which I’ll then take back to my tiny Paris kitchen. My ultimate goal, however, is discovering a deeper understanding of the French and their relationship with food. For me, that will be icing on the eclair.

France, Italy, and an Attitude Adjustment