What comes to mind with the mention of eastern France? Perhaps it’s the storybook town of Colmar, the European Parliament in Strasbourg, or the bubbles of Champagne. These well-known spots are certainly lovely, but many visitors to France are missing out on Lorraine, the land sandwiched in between Champagne and Alsace. 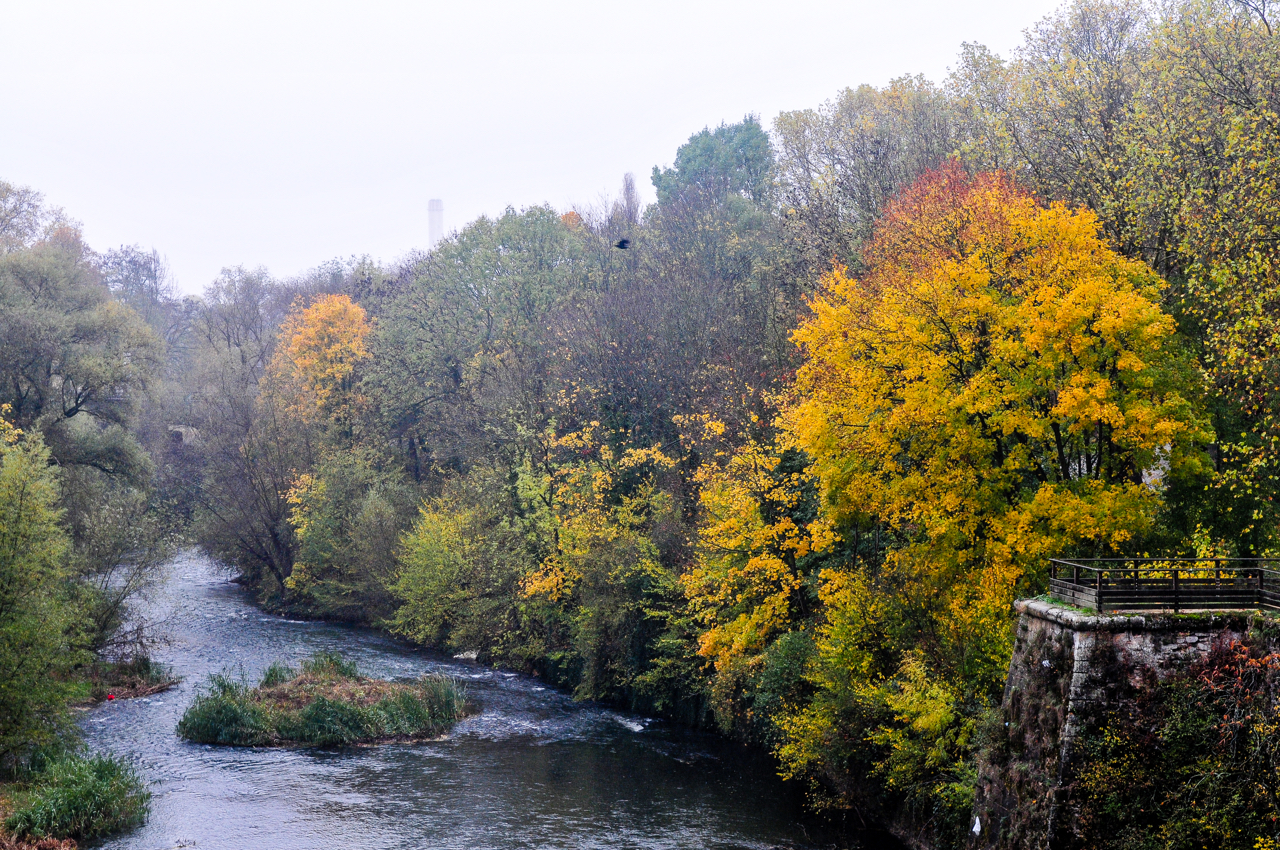 Lorraine has a long and tumultuous history dating to the Middle Ages and Charlemagne. Because of its strategic location {bordering Belgium, Luxembourg, and Germany}, Lorraine changed hands many times, before it became part of France, after the French Revolution. Because Germany controlled the area in World War I and World War II, as well as in 1871, there is a significant German influence in Lorraine.

Because of Lorraine’s convoluted past, it is packed with unique history and culture. This is a part of France most foreign visitors never see, but it is absolutely worth discovering. Here are just a few reasons to visit Lorraine:

Quiche Lorraine is known the world over. This open-face pie is made with eggs, cream and lardons, which is smoked bacon. In the fall, the Meuse area is ripe with black truffles. Mirabelle de Lorraine are plum trees symbolic of the region. Lorraine produces most of the world’s Mirabelle plums, which are primarily used in pies, jams, and spirits. 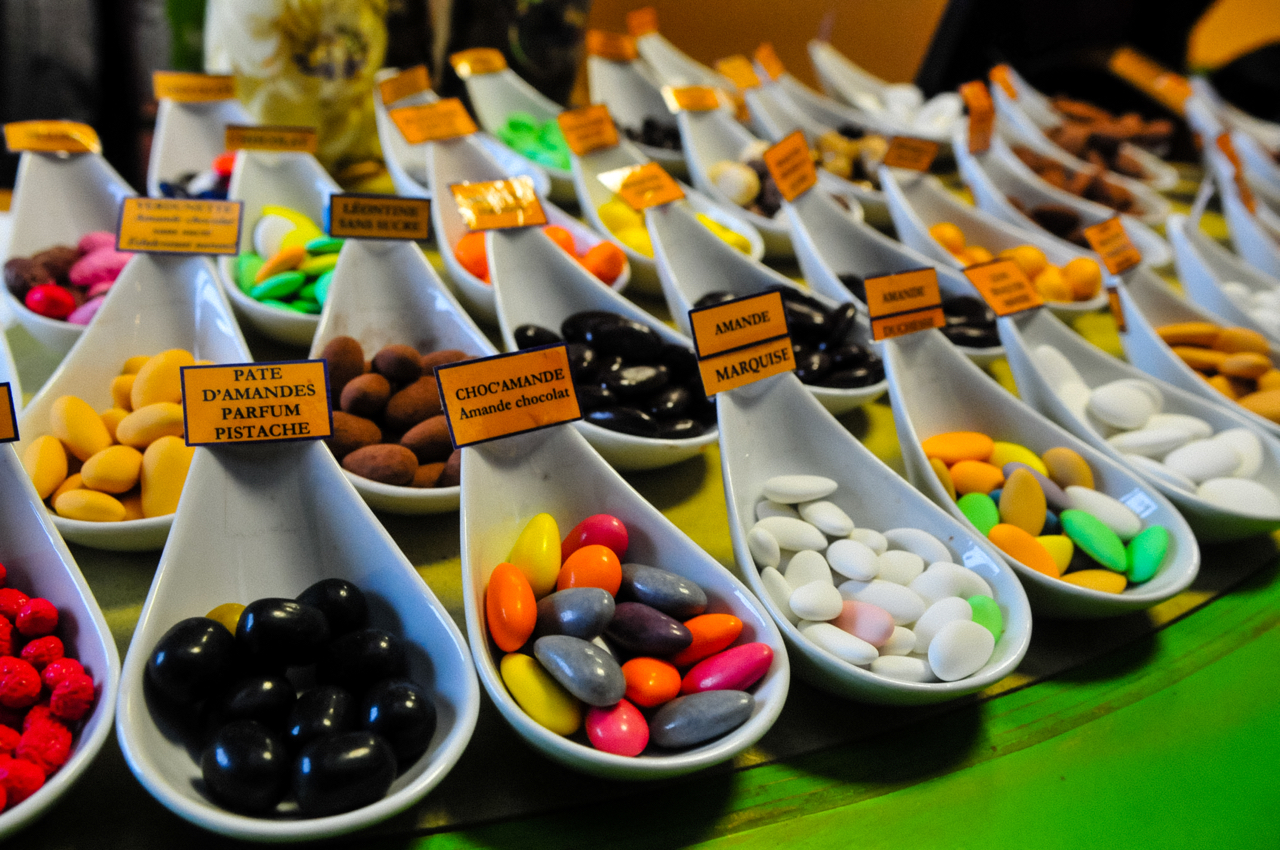 Before Ladurée put its pastel mark on the macaron, they were a favorite of Catherine de’ Medici, brought to France from Venice when she married Henry II in 1533. These treats came to fame in the late 1700s when asylum-seeking nuns baked and sold macarons in Nancy during the French Revolution. Everyone has tasted sugared almonds {dragées in French}, but did you know they were invented in Verdun? In 1220, an apothecary was looking for a way to preserve almonds. Today, the original sweet treat can be tasted at Dragées by Braquier. Take a tour through the factory and eat your way through its gift shop.

Madeleines, the small, shell-shaped sponge cake comes from the Commercy commune in Lorraine. There are several legends surrounding their invention, but all can agree, including Marcel Proust, that they are delicious. Baba au rhum originates in Eastern Europe, but was introduced to France via Lorraine by Stanislaus I, an exiled Polish king. These little cakes soaked in rum are a classic French dessert.

This is France, so surely there are wines produced. White, red, and rosé known as Côtes de Toul are produced using Gamay, Auxerrois blanc, and Pinot noir grapes. Given the proximity to Belgium and Germany, Lorraine also produces local beers, though the number of breweries have significantly declined due to mega-producers. 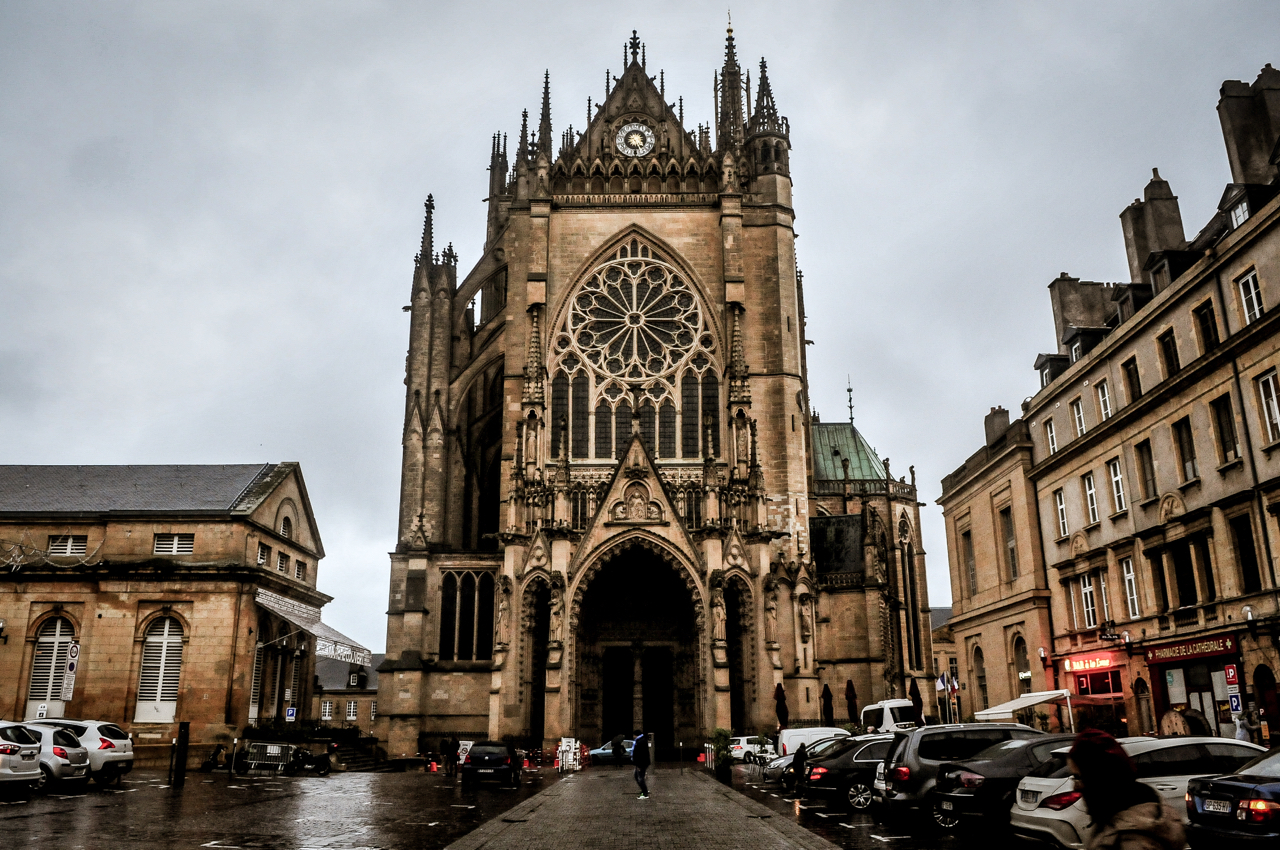 Located at the convergence of the Moselle and the Seille rivers, Metz is a city rich with history dating to the days when it was a Celtic settlement. Visit Basilica of Saint-Pierre-aux-Nonnains, said to be the oldest church in France or the Cathedral of Saint Stephen of Metz. With 69,920 square feet of stained glass by artists such as Marc Chagall and Hermann von Münster, it’s the largest expanse in the world.

The Opéra-Théâtre de Metz Métropole dates to 1752 and is the oldest working opera house in France. The main train station, Gare de Metz-Ville, has been voted as one of the most beautiful in Europe. On display at the station are the apartments of the German Kaiser Wilhelm II, as the station was built during German annexation during World War I. Don’t miss the views of the Seille River at Porte des Allemands. The military fort dates to the 13th century and is the most preserved of Metz’s ramparts. 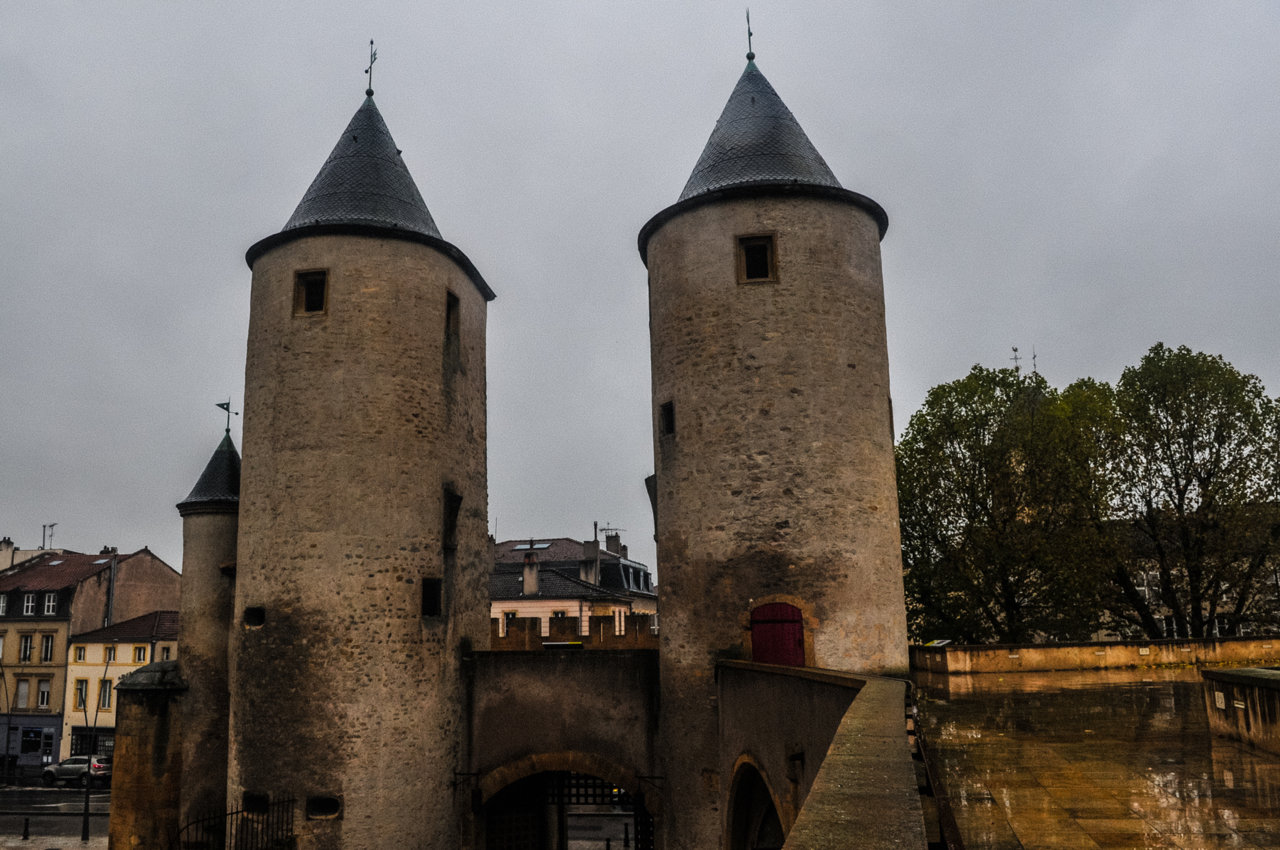 You’re probably familiar with the Centre Pompidou in Paris, that funky building in the Marais with the fantastic modern and contemporary art collection. However, there’s also a branch in Metz. Inaugurated in 2010, Centre Pompidou-Metz was designed by Japanese architect, Shigeru Ban. The building’s striking white, wavy roof was inspired by Chinese hat found in Paris and covers the 54,000 square feet museum. It contains three rectangular galleries on varying levels, an auditorium, and gallery. Exclusive temporary exhibits rotate throughout the year, most of which come from the Centre Pompidou in Paris.

World War I History in Meuse

From 1914-1918, the world was in turmoil. Reminders of World War I are still seen throughout the north and east of France, from Nord-Pas de Calais to Alsace, and are known as The ‘Western Front’. This was a 600-mile line of trenches that stretched across northern France. Much of the Great War’s conflict took place in the Meuse Department. It’s also where millions of soldiers lost their lives. 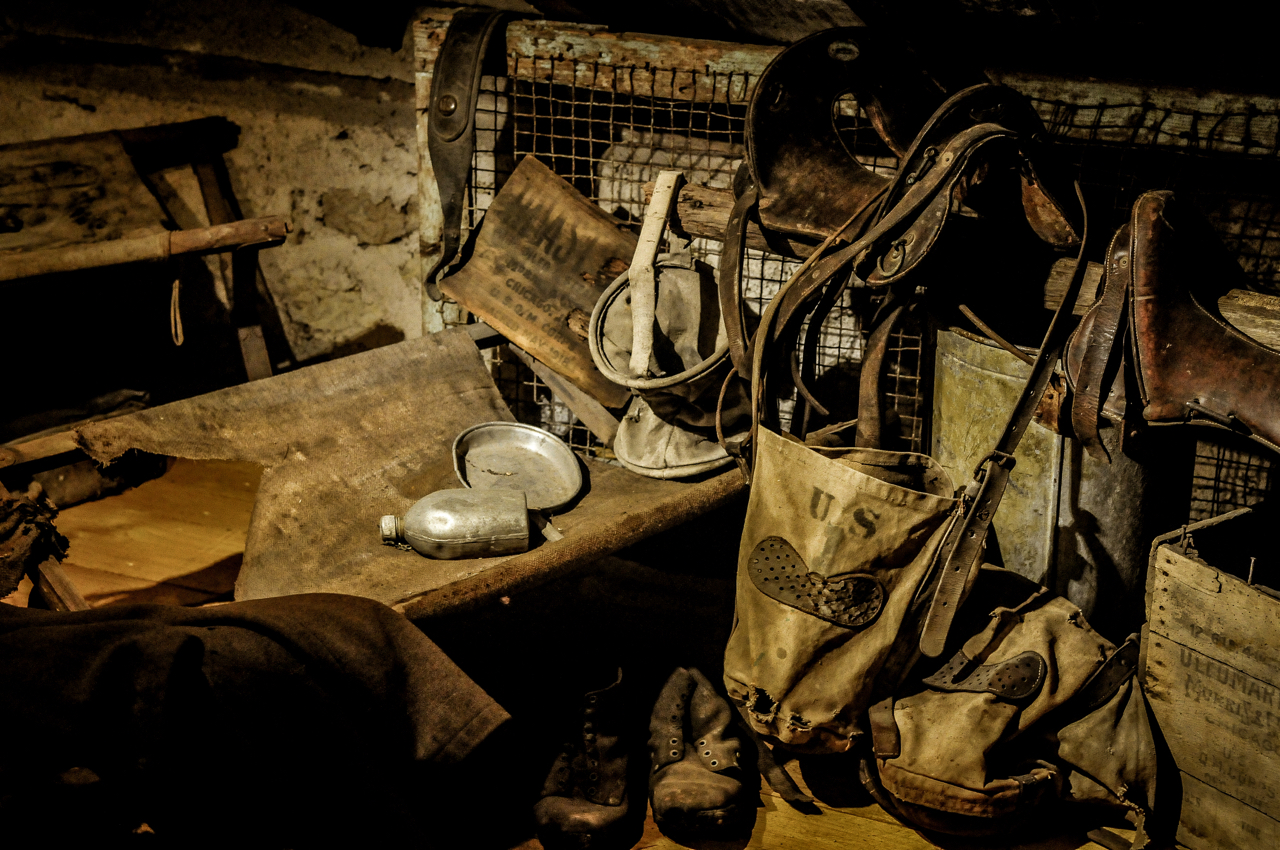 Musée Romagne 14-18 is not only a testament to the soldiers who fought in the woods around Romagne-sous-Montfaucon, but also to the passion of Jean-Paul de Vries. This Franco-Dutch man began collecting World War I artifacts as a child and has amassed thousands of pieces that now fill Musée Romagne 14-18. This barn-turned-memorial houses personal items such as shoes, photos, guns, flatware, helmets, and medical supplies. Visitors are reminded there were men behind the uniforms, and not just soldiers performing a duty. 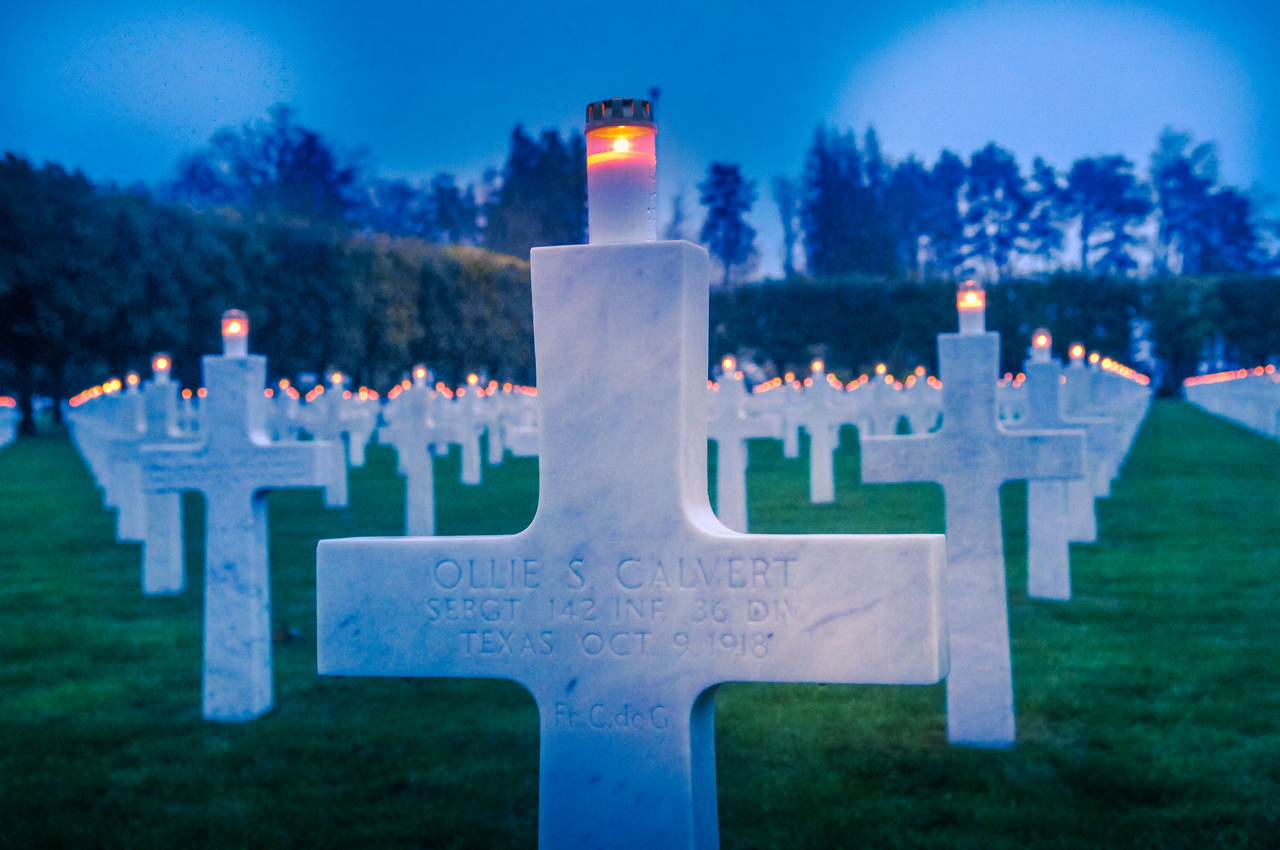 In Romagne-sous-Montfaucon is the Meuse-Argonne American Cemetery. It’s the largest American cemetery in Europe, with 14,246 graves. On the 130 acres are rows of crosses and stars of David, a chapel, and newly renovated visitor center. November 11, 2018 marks the 100th anniversary of the end of World War I. On September 23, each of the 14,246 graves will be illuminated with a candle. It will no doubt be a humbling sight to see.

Fort Vaux was the second French fort to fall in the Battle of Verdun. Besieged by the Germans for 100 days, with carrier pigeons as the only source of communication, the French finally had to surrender after running out of water, food, medical supplies, and ammunition. Deep crevices can still be seen around Fort Vaux, due to the 3+ months of shelling. 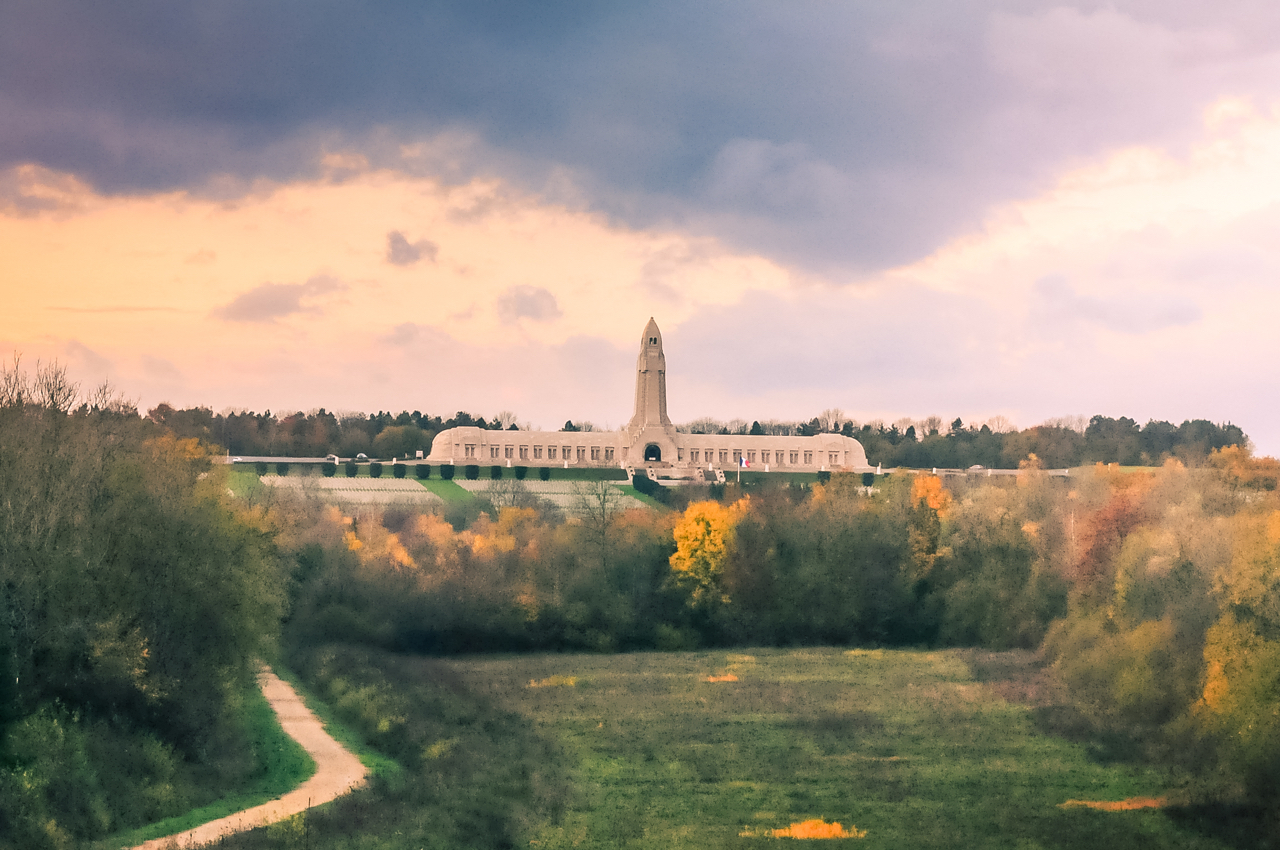 During World War I, the Battle of Verdun lasted 300 days and is said to be one of the deadliest in history, with 230,000 dead {700,000 casualties}. The Ossuaire de Douaumont is a memorial to those lost during the ‘Hell of Verdun’. Inside the Ossuary are the skeletal remains of approximately 130,000 unidentified French and German soldiers, which can seen from small windows on the back of the building. The inside of the building is engraved with some of the names of the deceased French combatants. On the slope, in front of the memorial, are 16,142 graves, which is the largest French WWI cemetery. When looking at the Christian, Jewish, and Muslim {orientated to Mecca} headstones penetrating the earth, it’s impossible to imagine the horrific events that unfolded in this area. Villages were wiped from the map, constant shelling altered the landscape, and families were changed forever. 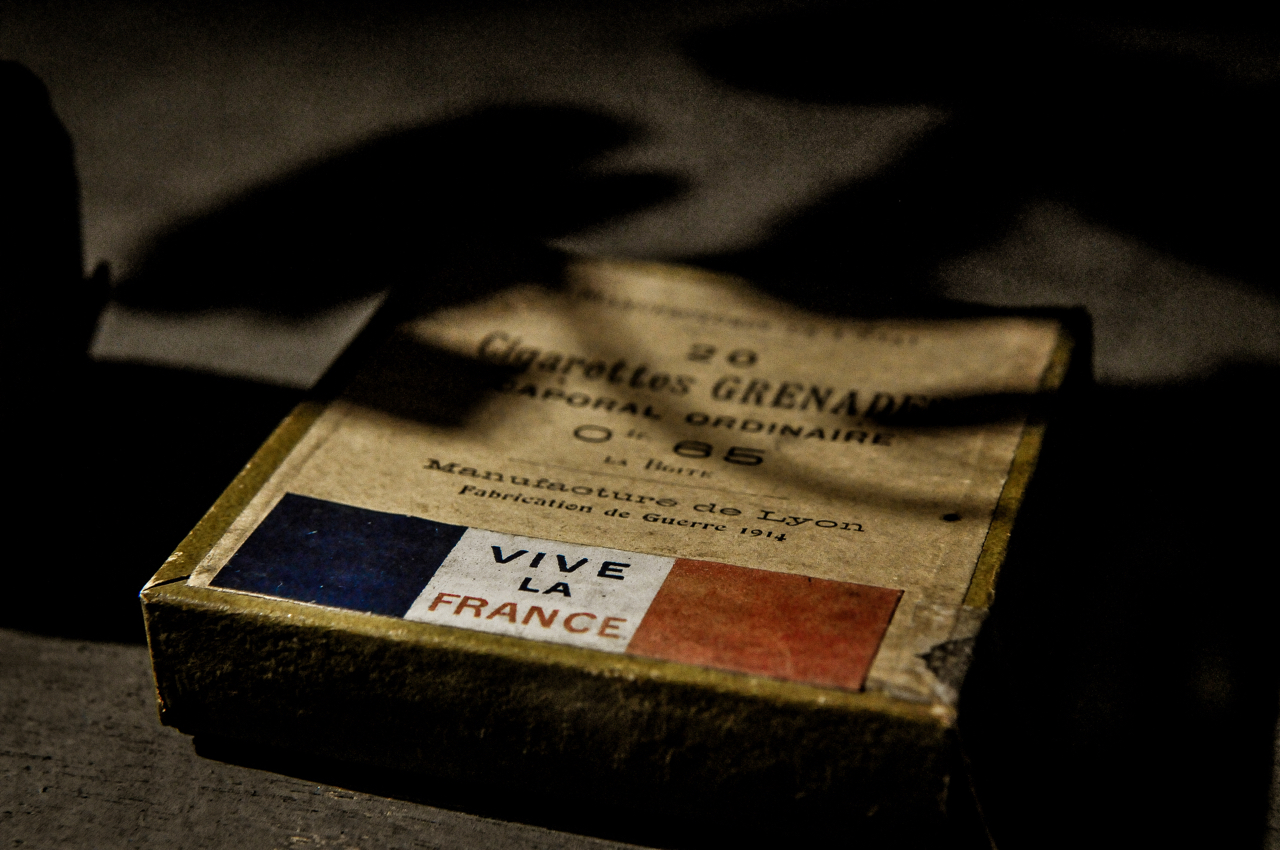 After two years of renovation, Mémorial de Verdun reopened at the beginning of 2016. In this multi-level museum, there are more than 2,000 items on display, both French and German, which recount the Battle of Verdun. The museum explores the history of the Great War, and Verdun’s place in it. Multi-media exhibits put visitors in the place of a Verdun solder. Mémorial de Verdun is poignant place, one that pays homage to those who fought during the 300-day battle.

Where to Stay in and around Verdun

For those wanting to stay in the town of Verdun look to Les Jardins du Mess. The four-star hotel overlooks the Meuse River and Cathedral of Notre Dame de Verdun. Although the 40-room hotel is housed in a 19th century building, the interior is quite modern in design. Enjoy breakfast, lunch, or dinner at the hotel’s restaurant, Le Cercle du Mess. 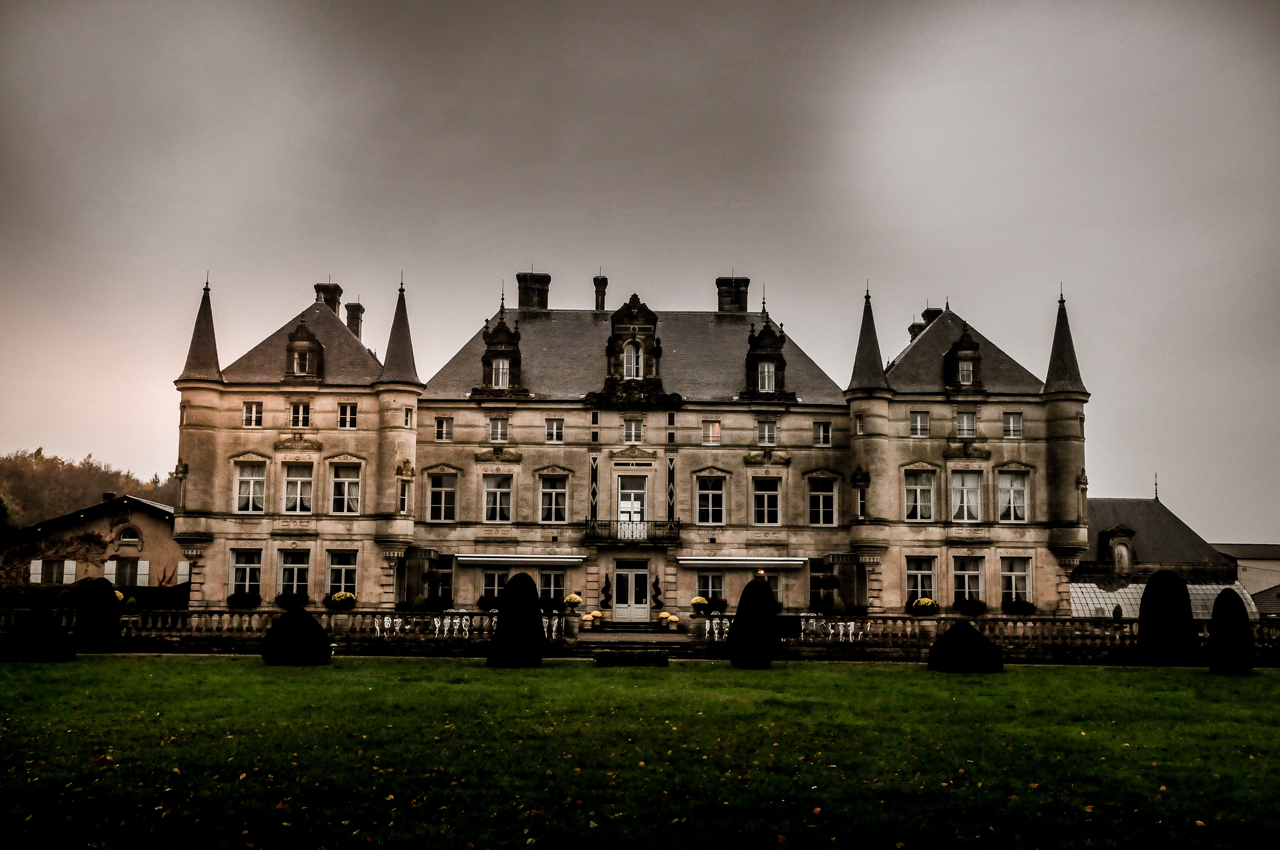 For those wanting to get back to nature then check out Château des Monthairons. Meadows and forests, as well as the Meuse River on its eastern border surround this castle dating to 1859. Family owned and operated, Château des Monthairons features traditional décor in its large rooms, a spa, and divine restaurant. The cheese cart alone is worth the stay. 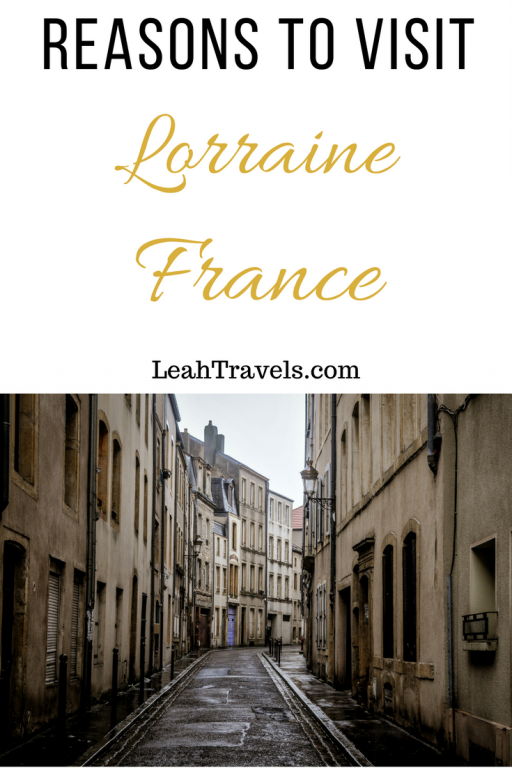 I was a guest of Atout France, Lorraine Tourism, and Meuse Tourism. In no way was I swayed by the bowls of dragées, the picturesque Old Town of Metz, or unforgettable hospitality. As always, opinions are mine.