Paris has as many possibilities as travelers, and often times that can feel overwhelming, especially if time is very limited. Others will tell you that there are places you’re ‘supposed’ to go and things that you ‘have’ to do, but is there really is a right or wrong way to experience Paris? We each have our own personal travel styles, tastes, and interests, but I believe the key is to actually dive deeper than what’s printed on postcards.

I wouldn’t want anyone to simply copy my itinerary and expect to have the same experiences. That won’t happen. I’d like people to find their own way of traveling. I merely tell my stories, make a few suggestions, and then it’s up to the traveler to choose their own path.

Perhaps a place to start would be helpful though. The three questions I’m most asked are: Where should I stay? What should I see? What should I eat? I’m a big fan of the“Would you rather…” game, so let me help jump start your 48 hours in Paris by giving two options for those three basic travel questions. From there, you should be able to fill in the holes. 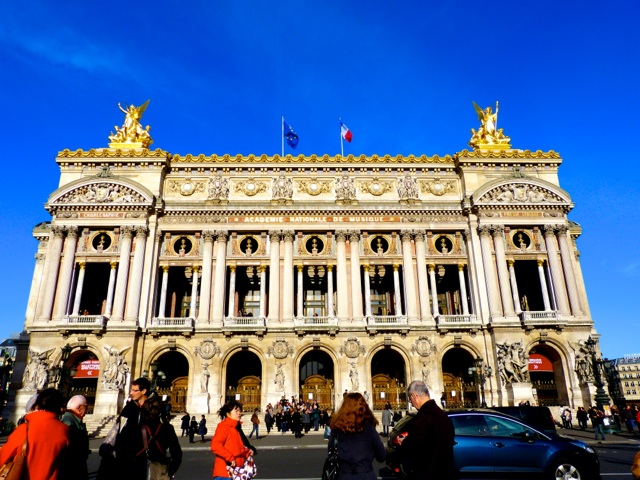 Where to Stay in Paris

I’m not the person to ask about hostels or budget hotels. Yes, I could put in the research and find some places, but it’s not my area of expertise. Look, you’ve got 48 hours in Paris, and it’s probably the most glamorous city in the world. Do yourself a favor and go all out. In my mind, you have two options: 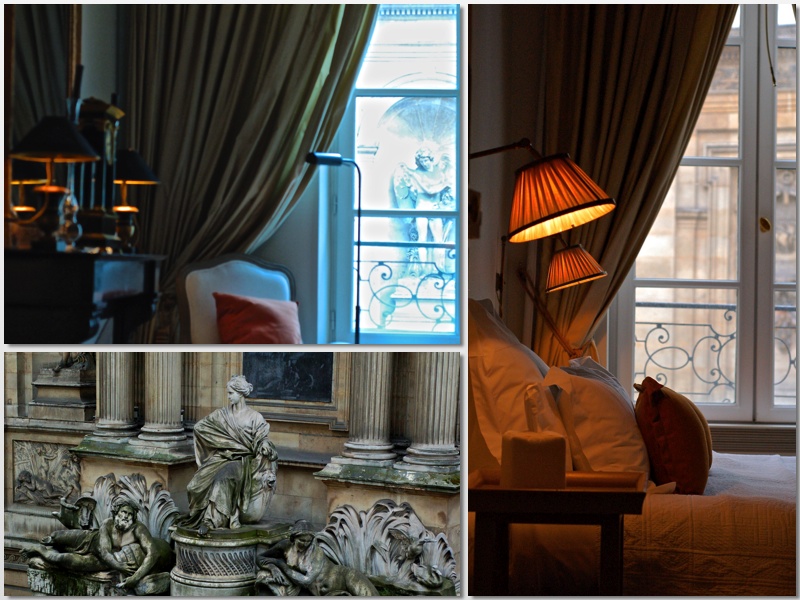 Have you ever wanted to know what it is like to live like a Parisian? You don’t actually have to move to Paris to get a little dose of that life. Instead of taking the traditional route of a hotel, why not rent an apartment? You’ll have all the conveniences of home, but in Paris. There’s no need to forgo luxury just because you’re crashing in someone else’s pad either. Take for instance Hosted Villas’ Parisian apartments. Not only do they offer fabulous apartments that rival five-star hotels, but they also come with a Local Host that will help you discover your neighborhood and the city. From restaurants and points of interest to transportation and special events, the Hosted Villas’ Local Host is your expert and go-to guide for all things Paris. They’re like having your very own personal concierge.

By forgoing a hotel and renting an apartment, you’ll have the opportunity to live like a local. You’ll also get a look into day-to-day Paris rather than what’s simply presented on postcards. Apartment rental is an ever-growing trend in vacation accommodation options and one that I absolutely recommend. 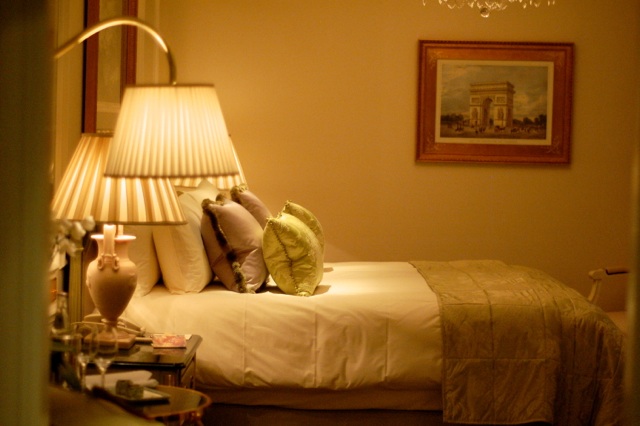 After flights, the second thing that most travelers choose is a hotel, and Paris has some of the best in the world. Luxury properties abound in the City of Light, and they’re all eager to cater to your every need. No matter your taste, Paris has something to fit the bill.

If over-the-top, traditional opulence is what you desire, then the Four Seasons George V is a great choice. It is located just off the Champs-Elysees and is considered one of the best, if not the best, hotel in the city. Saying that I’m partial to this property would be an understatement. From the lobby’s extraordinary floral arrangements to the innovative cocktails in Le Bar, George V doesn’t miss a detail. The service is typically Four Seasons. The George V might very well be my favorite hotel ever. 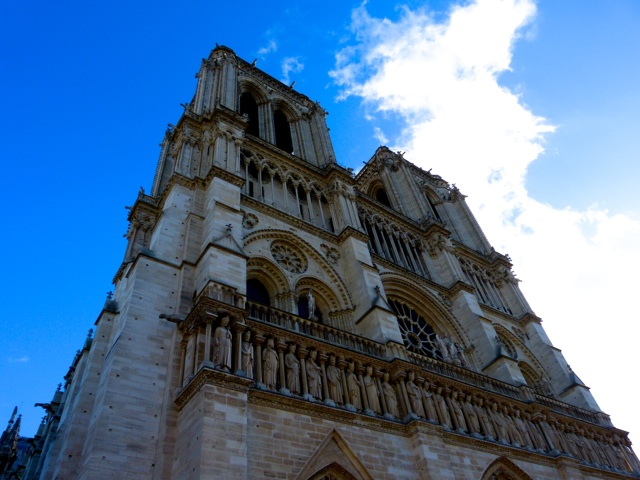 How to See Paris

In reality, there’s no way you can expect to really see Paris in 48 hours. It’s simply impossible to do the city justice in that amount of time. But like I always say, some Paris is better than no Paris. So how do you go about getting the most of the City of Light? I believe you have two options: 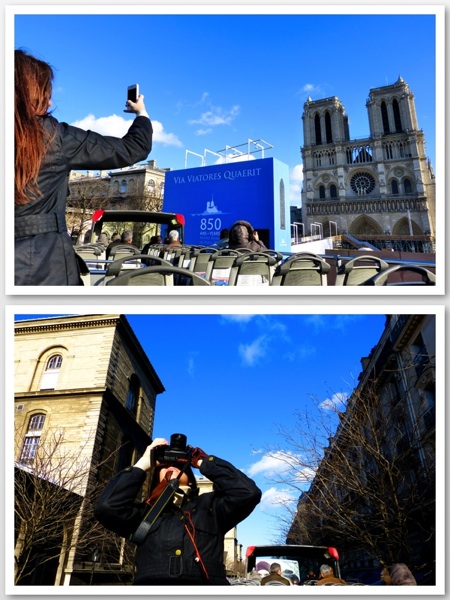 When time is of the essence, especially in a city like Paris, taking a hop-on-hop-off bus tour is a great way to see the highlights of a city. For about 25 euro, you’re given headphones for the audio tour and a map. Planned stops allow you to get off the bus and explore. Then when you’re finished, just find one of the bus stops and get back on. Popular attractions include the Eiffel Tower, Louvre, Opera, Champs Elysée, and Notre Dame. By taking a bus tour, you get a lot of bang for your buck. It certainly will give you a descent overview of Paris and allow you to tick the big attractions off of your list. 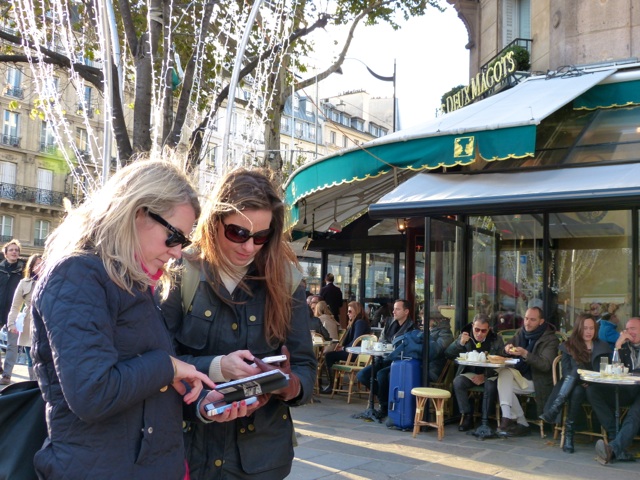 Dare I say that Paris is an easy city to navigate? Even for those without much experience with subways, Paris’ metro system is simple to figure out. Find your nearest metro station, grab your iPhone and a map {metro and city}, pick an area of the city that you’d like to explore, and go!

Part of the fun of Paris is discovering things that aren’t in the guidebooks. By sticking to the traditional tourist trail you’re likely to only find things designed for tourists. That is not really Paris. Even if you’re bound and determined to see Notre Dame, make it a point to wander off of the main road and have a look around. There’s so much history and art as well as a bounty of unique shops and cafes, that you never know what you’ll find. Sometimes getting ‘lost’ yields the most memorable experiences. Often I find the journey more rewarding than the destination. 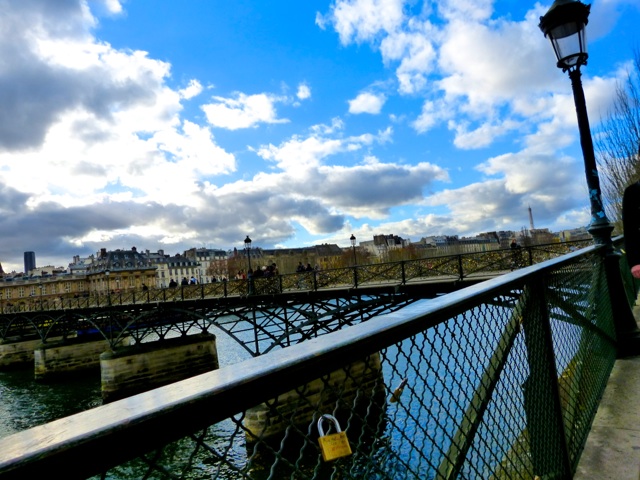 How to Eat in Paris

Choosing how to eat in Paris is akin to picking between Bradley Cooper and David Beckham. Both are fabulous, delicious, and you can’t go wrong with either. It’s simply a matter of taste and how you’re feeling in the moment. 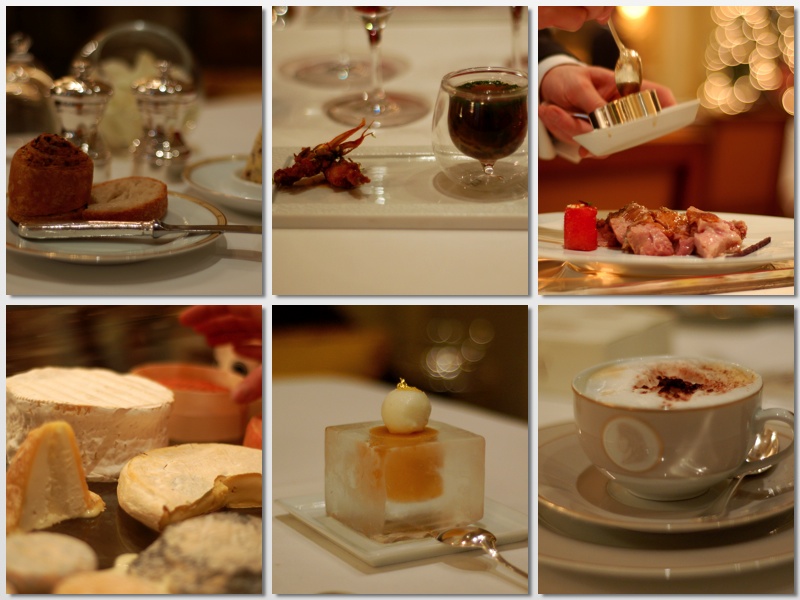 Paris has more than 70 Michelin-starred restaurants, so there’s no shortage of fine food options. There’s something to be said for relaxing in a beautiful setting and being waited on hand and foot by a whole legion of servers. Six, eight, and even ten courses are delivered to your table. Perhaps you can’t pronounce what you’re eating, but you’ll certainly remember the taste.

Not only are Michelin meals a feast for your mouth, but also your eyes. Don’t think that the most beautiful works of art are only hanging in the Louvre. Sometimes they sit on the finest of China waiting to be eaten. One of my most memorable experiences in Paris was my four-hour lunch at two Michelin-starred restaurant, Le Cinq. The time investment certainly was worthwhile. 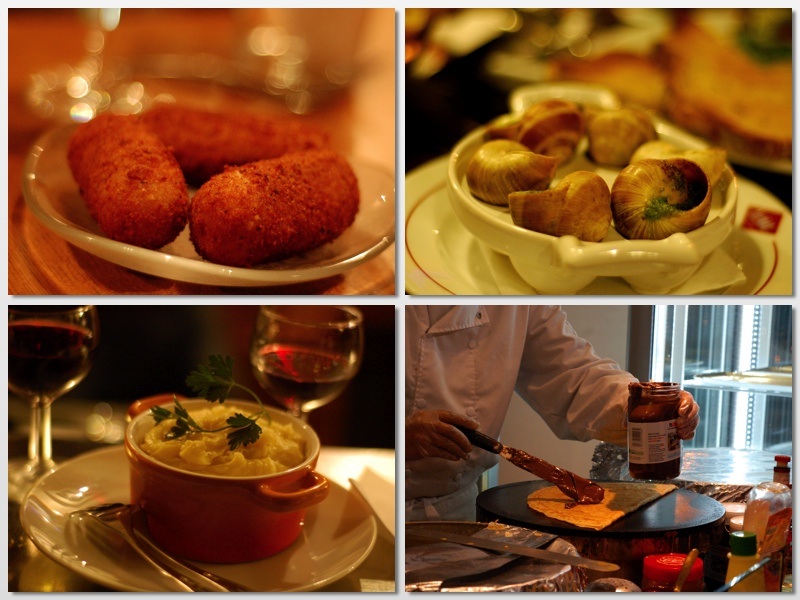 With only 48 hours in Paris, perhaps the idea of sitting at a dining table for four hours isn’t an appealing option. Instead, why not take a culinary crawl? Some sort of organized tour probably exists, but I’d simply choose an arrondissement and explore.

Have a glass of wine and some bar snacks to start off and then move on to the next. In each location, have something different to eat and a cocktail of your choice. Try typical French dishes like escargot, soupe à l’oignon, ratatouille, aligot, and croquettes. And when you think you couldn’t possibly eat another bite, stop for dessert at a crêpe stand for my favorite, a Nutella crêpe. By forgoing the long, drawn-out meal at an extravagant restaurant, you have the opportunity to explore more of Paris. Plus, you never know who you’ll meet and what you’ll see along the way. 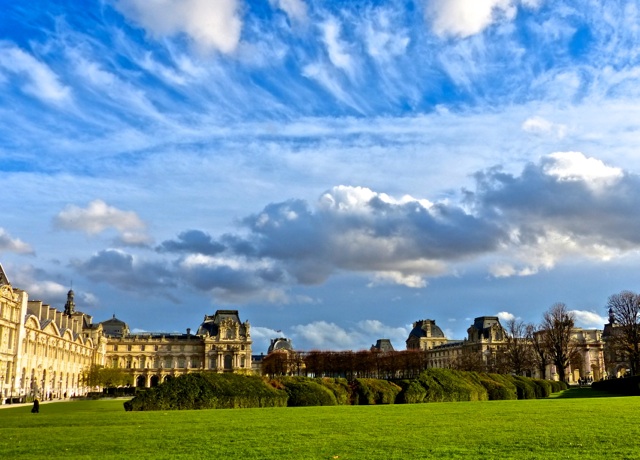 Even with such a short time in the City of Light, much can be experienced. Paris is one of those places that a hundred years wouldn’t be enough time to properly discover, so don’t try to jam as much as you can into those 48 hours. Just like with chocolate, wine, and jewelry–Paris is about quality and not just quantity.

For some offbeat suggestions for Paris, check out my lovely friends from Bruised Passports.