Not quite a Parisian and certainly not a tourist, I fall somewhere in between. I do know that dodging selfie sticks while grocery shopping and metro riding often has me seeing red. However, the travel writer in me is thrilled that others are enjoying ‘my city.’ Because of my job, I straddle the line between living my day-to-day life and sampling the best touristy things to do in Paris.

One of the questions I am asked most by friends, family, followers, and strangers is, “What should I do in Paris?” No question strikes as much frustration from me than this one. Answering is like walking into Galeries Lafayette and choosing a perfume for a stranger. There are a bazillion follow-up questions that must be asked before I can tailor-make a Paris itinerary. And because I’m not in the custom trip business, I’ve put together a list of five classic, yet touristy things to do in Paris, plus one to avoid.

My favorite of the city’s cabaret theaters is the Lido. A fixture on the Champs-Élysées since 1946 and revamped in 2015, the Lido’s latest show is Paris Merveilles. Developed by Franco Dragone, who’s also created for Cirque du Soleil and Celine Dion, the show is a glorious homage to the city I love most. Ever-changing sets, elaborate costumes, singing, dancing, acrobats, and ice skaters merge to create a mesmerizing show. The Lido invented the dinner show, and you can certainly enjoy a three-course meal before the show. However, I’d recommend purchasing the package that includes a show ticket and ½ bottle of Champagne. Choose either the 9:00 or 11:00 pm show, and instead have aperitifs and dinner at one of Paris’ many fabulous restaurants. I’ve watched two shows at the Lido and would absolutely return for a third.

Food and France are as intertwined as two subjects can be. The French certainly have a flair for food, whether it’s the humble baguette, gooey Camembert, flaky goodness of mille-feuille, or the complex flavors of bœuf à la Bourguignonne, there’s no shortage of delicious temptation in the Hexagon. To truly get a taste of French culture, one must be indoctrinated to their relationship with food. From pairing wine with meals to knowing how to cut every kind of cheese, there are rules that must be followed. With a strong emphasis on freshness, visits to weekly markets and specialty food shops are an important part of the French culture.

I’ve taken countless cooking classes and food tours around the world, including in Paris and throughout France. And even though I’m not whipping up a batch of macarons or rolling croissant dough in my studio’s kitchen, I understand the work that goes into both and am happy to hand over my euros at the boulangerie. Because of market tours, I know the meaning of food acronyms {AOC, MOF, WTF?} and that I should never touch the produce. Two schools that I highly recommend are La Cuisine and Cook’n with Class Paris. I’ve attended multiple classes at both schools, and count the owners as personal friends. And the best part about taking food classes? You eat the results!

If you follow my social media {Instagram, Facebook, Snapchat} then you know I’m a huge fan of walking in Paris. I think on foot is the best way to see the city. A flâneuse, there’s rarely a day that I don’t take to the Parisian streets. New paths or old, I always see something I’ve never noticed before, whether it’s a shop, architectural detail, café, square, or statue.

It should come to no surprise that I recommend taking a walking tour. Whether exploring bohemian Montmartre, uncovering the roots of Paris on Ile de la Cite, finding shopping treasures in the Marais, or eating your way through Saint-Germain-des-Prés on a food tour, walking tours are a great way to get to know the history and vibe of an area.

As mentioned in my post, “5 Ways for Discovering a New City,” I recommend a hop on—hop off bus tour. This type of tour may sound like a touristy thing to do in Paris, but it gives a terrific overview, while allowing visitors to get their bearings or even beat jet lag. Listen to the audio guide that accompanies the tour to learn history and insight into the French culture. The hop on—hop off bus tours are great for first-time visitors and those with limited days, since they hit the high points in a short amount of time. Simply go to a designated stop, pay the driver, hop on, and then hop off at any of the other designated stops throughout the city.

Other than by foot, my favorite way to explore Paris is on the water. Climb aboard an open-top boat known as a Bateaux Mouches and see the City of Light from a whole new perspective. With the exception of the Arc de Triomphe, every major monument is seen from the Seine. I believe that a river cruise is a must during your time Paris. There are cruises that offer brunch, lunch, and dinner, though I have no experience with them. Whether day or night, make sure to see the city from the Seine.

With about 130 museums, Paris is a treasure trove for art and history lovers. Some of the best and most famous museums in the world are found in the City of Light. But unless you’re an art fanatic, I’d fully immerse myself in one or two of them. After all, Paris itself is an open-air museum that shouldn’t be missed.

No matter your interests and tastes, there’s bound to be a museum that will pique your interest. Classic choices include the Louvre, Musée Picasso, Musée d’Orsay, and the Pompidou Centre. Don’t overlook lesser-known places such as Musée Jacquemart-André, Musée Nissim de Camondo, Cité de l’Architecture et du Patrimoine, and Musée Carnavalet, which recounts the history of Paris. I’m also a fan of Musée de l’Armée–Hôtel National des Invalides. Though many visitors only see Napoleon’s tomb, the rest of the museum is fascinating and generally not crowded. If you’re planning on visiting more than one museum, check out the museum pass to see if it will save money on admission.

And the One to Avoid

I first came to Paris in 2012, and it wasn’t until May 2016 that I actually went up on the Eiffel Tower. Sunday morning, pre-high tourist season, with a skip-the-line ticket, still didn’t take the pain out of this experience. I’ve avoided making the trek to the top for two reasons: I hate crowds and I love seeing the Iron Lady in the city’s skyline. I’d sworn on several occasions that the only way I’d scale Madame Eiffel is if I had visitors in town that wanted to go. Half-begrudgingly, I went, realizing that at some point in my life, I needed to have this experience, even if it’s just in the name of research. Now, it’s ticked off my list–Fini.

Don’t get me wrong; I absolutely love the Eiffel Tower. The site of the iconic structure never gets old, but one of the best things about the Parisian skyline is the Eiffel Tower. Obviously if you’re on the tower, it’s not included in the view. I prefer seeing her from the Trocadero, Champ de Mars, top of the Arc de Triomphe, or really any other place in the city. Spending limited time in Paris standing in line feels like such a waste.

If you want to see Paris from a higher altitude, I recommend going to the top of Montparnasse Tower, climbing the steps of Sacré-Cœur, drinking Champagne on the rooftop of Hotel Raphael or the Peninsula, or even taking a helicopter tour. There are so many other ways to experience the Eiffel Tower, but if your mind is made, at least skip the line and learn the history with a behind-the-scenes tour. It must be noted, that the line skip only applies to the ground level. To get to the top observation deck, there’s another line that isn’t bypassed. 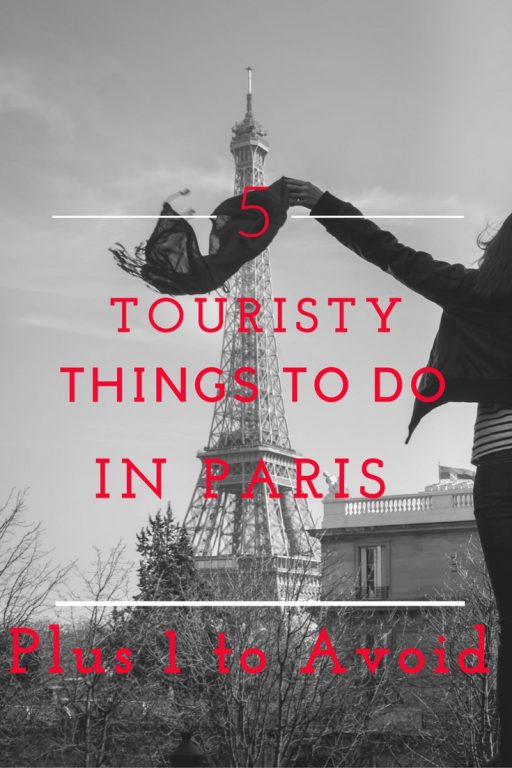 Belgium by Train: Riding the Rails in Europe