The Galeries Lafayette on Boulevard Haussmann has been one of Paris’ fashion institutes since 1893. But the ornate upmarket department store is more than just a must-visit destination for fashion enthusiasts from around the globe. La Librairie is a haven for bookworms, with plenty of great books to read about Paris and beyond.

Amidst the glitz and glamour of Galeries Lafayette sits a peaceful nook on the sixth floor of the Lafayette Dome. Adorned with comfy mid-century modern seating, the bookshop is an invitingly calm place for reading or stocking up on literature about Paris to read throughout your stay in the City of Light. 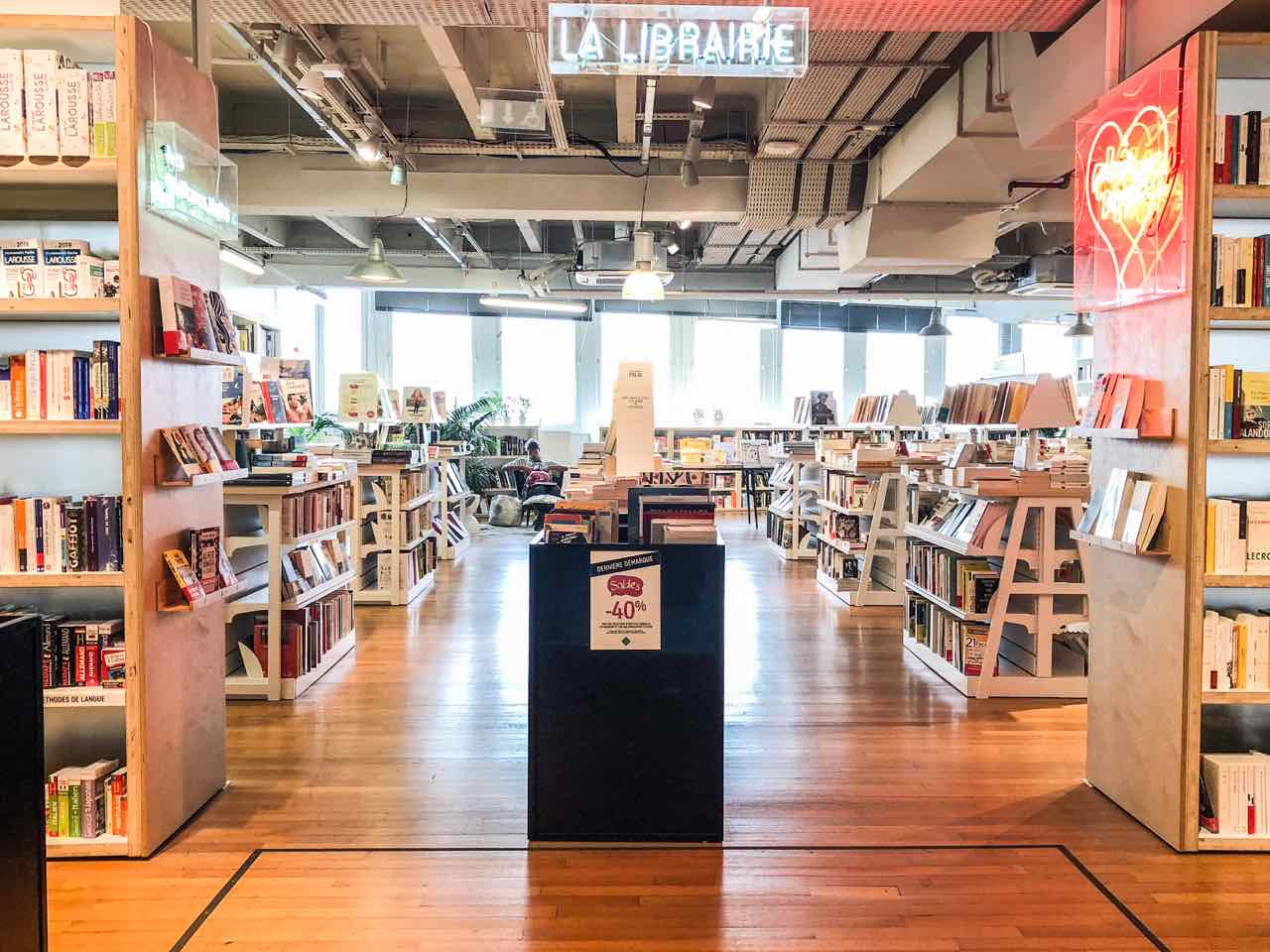 A majority of the books are published in French, but you’ll find a variety of genres in English too. It’ll be difficult not to load your shopping bags with literature about travel, wine, cooking, photography, fashion, children’s stories, and more. You’ll even find books published by local museums on the special exhibitions taking place throughout the year. An abundance of natural light and shelves upon shelves of eye candy provides a relaxing atmosphere among the hustle and bustle of one of the world’s most famous department stores.

Great Books to Read about Paris 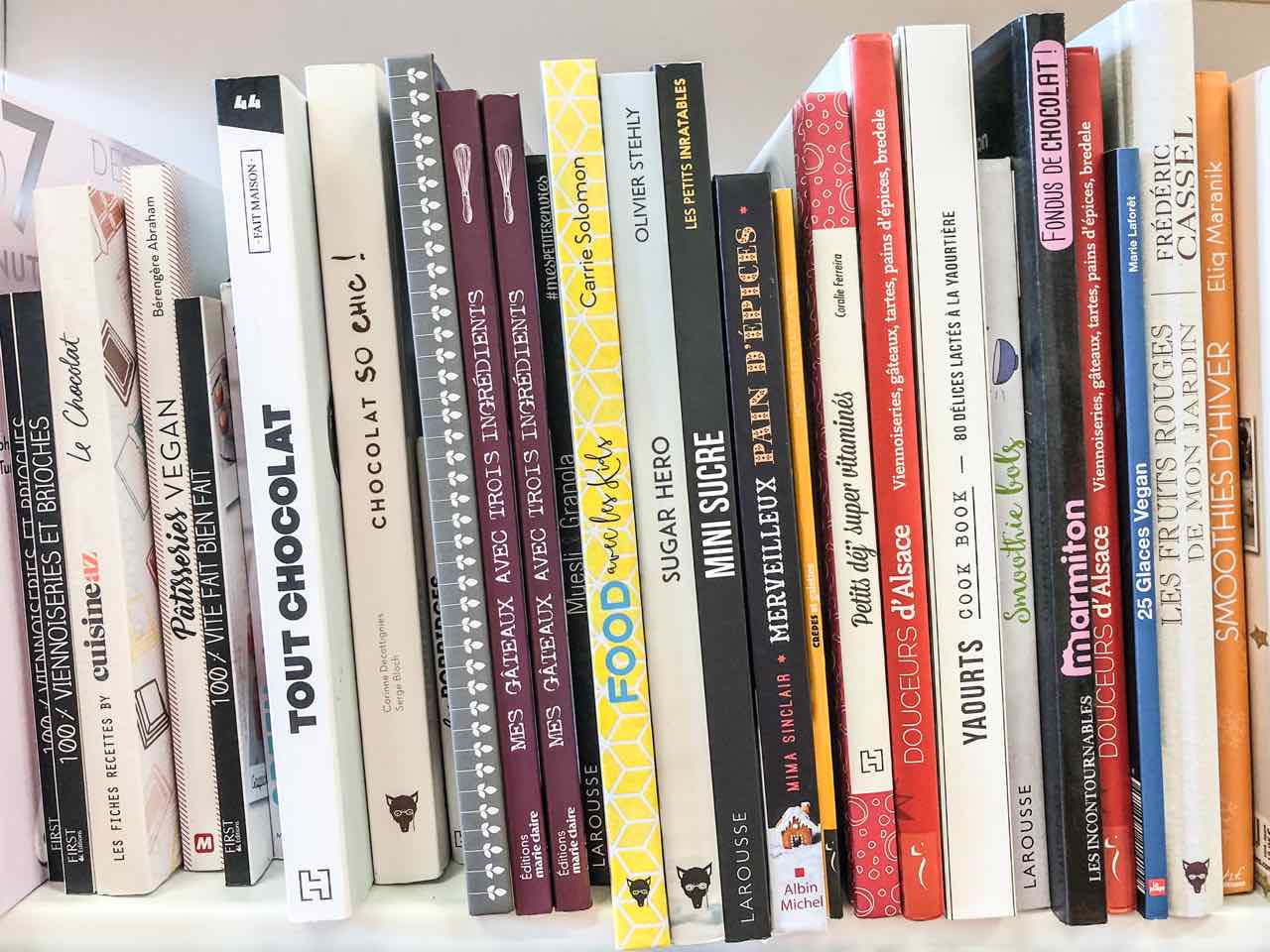 There have been countless books both about Paris and use Paris as their setting. The city has inspired writers for centuries, so there’s no shortage of books to quench your lust for the City of Light. I’m sharing eight great books to read about Paris, but there are so many more! Many can be browsed or purchased in the bookshop at Galeries Lafayette. And all of them can be purchased by clicking the associated links below.

This compilation of 32 personal essays looks into the changing views of writers who were wooed by Paris, and ultimately, went from being outsiders to locals living, cooking, loving, and writing in the City of Light.

First printed in 1957, Eloise in Paris follows the adventures of a little girl, Eloise, as she discovers all of the magic of France’s capital city.  Author Kay Thompson and Illustrator Hilary Knight traveled throughout Paris to research the city first-hand, and the images are frequented by celebrities they knew, adding a lot of fun to browsing through its pages. 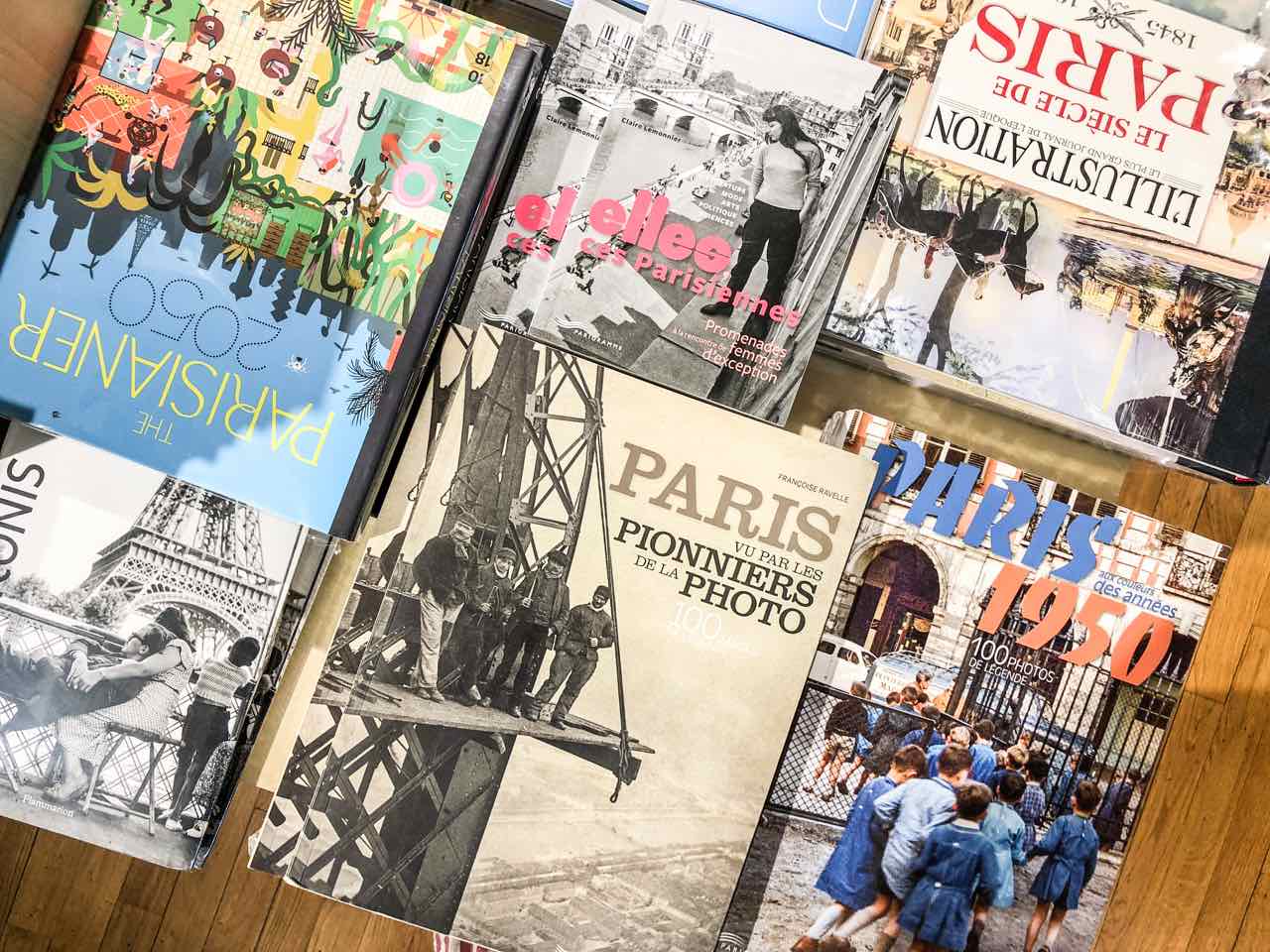 Forever Paris: 25 Walks in the Footsteps of Chanel, Hemingway, Picasso, and More

Reading Forever Paris: 25 Walks in the Footsteps of Chanel, Hemingway, Picasso, and More by Christina Henry de Tessan is the best way to discover Paris through the steps of the city’s favorite frequenters and natives. This compilation of walking tours encourages you to visit the parks, restaurants, and haunts that inspired the greats.

The Hotel on Place Vendome: Life, Death, and Betrayal at the Hotel Ritz in Paris

Travel through time to Paris’ opulent Hotel Ritz during World War II. The Hotel on Place Vendome: Life, Death, and Betrayal at the Hotel Ritz in Paris introduces readers to the fascinating history of the famous Hotel Ritz, including all of the glamour, celebrity, espionage, and dangerous exploits that took place at the time’s only luxury hotel of its kind. 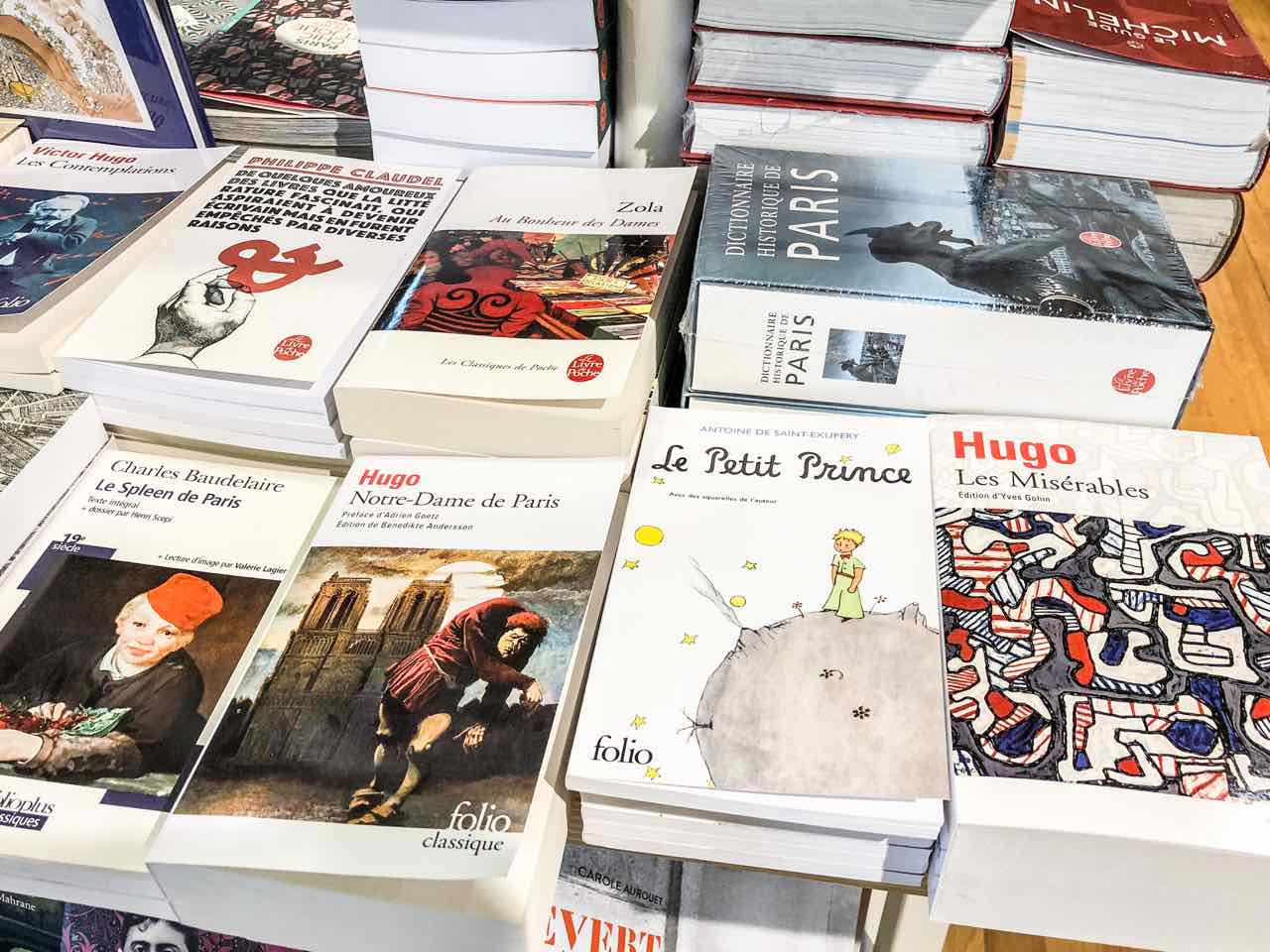 The Belly of Paris

Set in Les Halles when it was the hub for food in Paris, The Belly of Paris chronicles the life of Florent Quenu who was wrongly accused and imprisoned on Devil’s Island. Quenu moves in with his brother’s family in the Les Halles market, where he gets drawn into a whirlwind of politics, food, and the big divide between rich and poor.

The Penguin Classic Au Bonheur des Dames takes readers into the life of Octave Mouret, the director of one of Paris’ most luxurious department stores {based on the Le Bon Marche department store}. From Mouret’s exploitation of his female customers and employees to the staff’s gossip and boorish customers, this novel outlines the obsessiveness and greed of the French consumerist society in the 1800s. 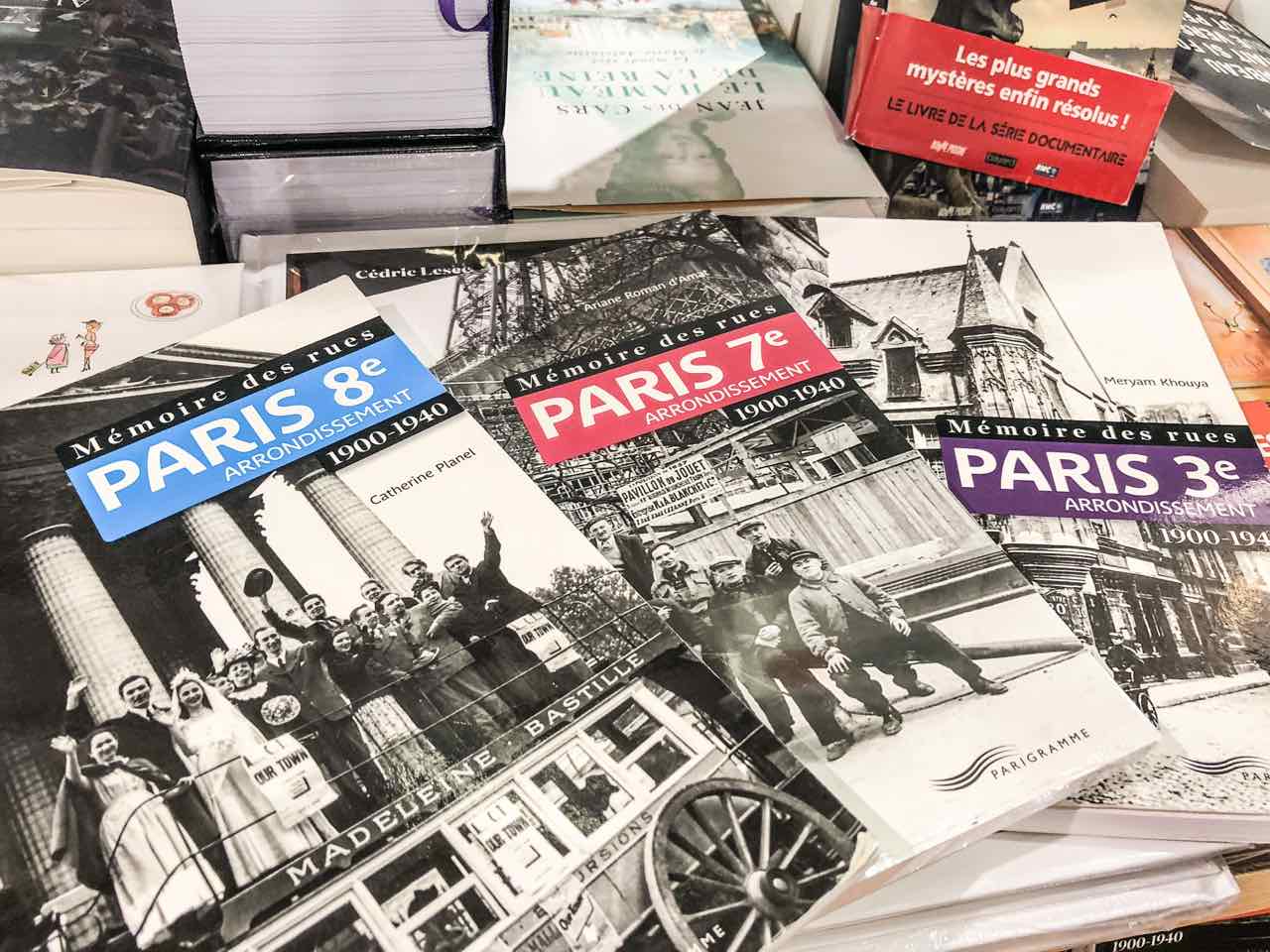 The Memoire de Rues books have been written for all 20 arrondissements of Paris, but the 7th continues to be my favorite, because it’s the one I call home. These books are written in French, but they are loaded with gorgeous black and white photos that introduce readers of all languages to the histories of their favorite Paris districts. 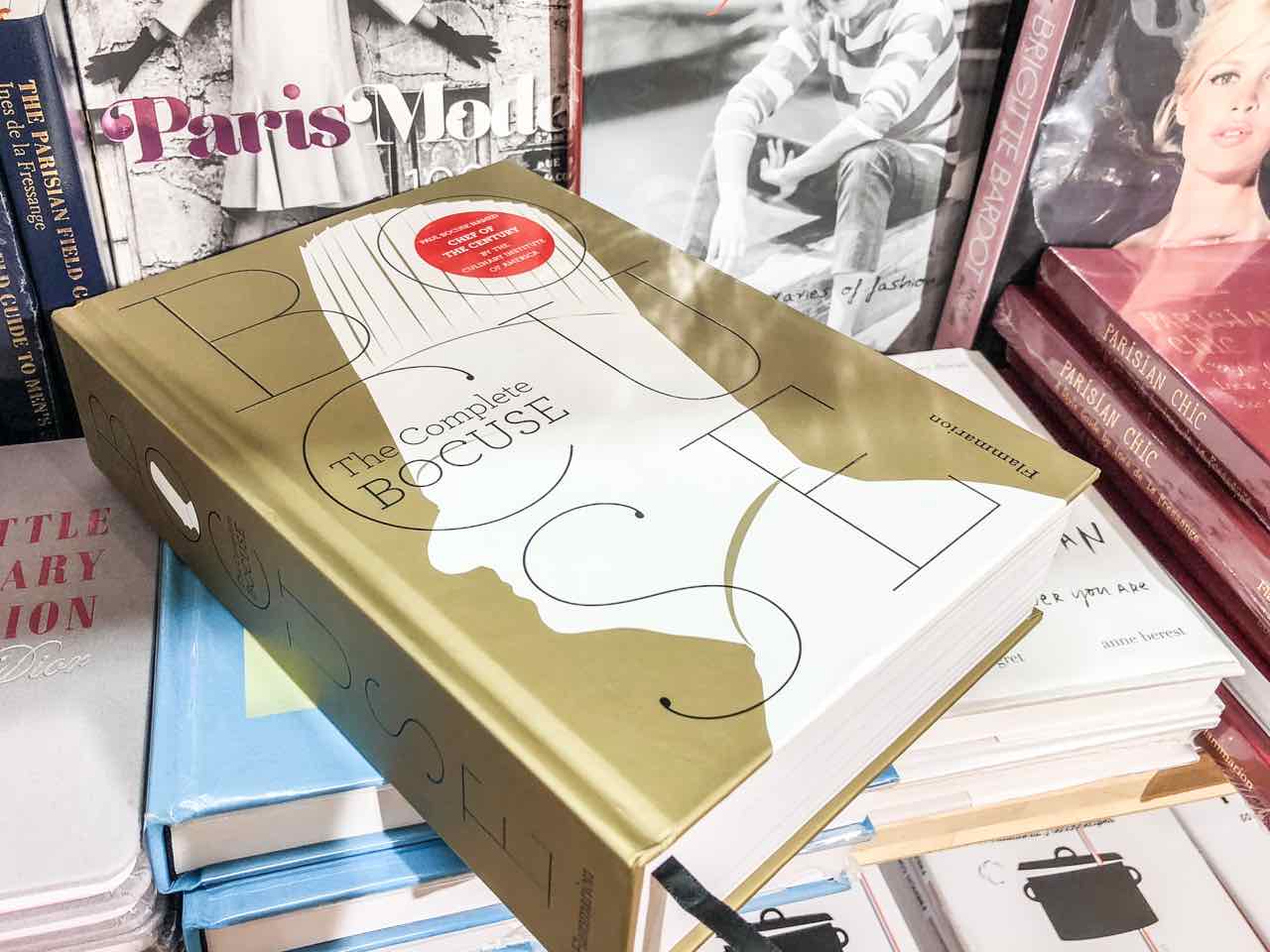 A list of great books about Paris would be incomplete without a cookbook. The world-renowned Parisian Chef Paul Bocuse passed away in January, 2018, but his recipes can still be enjoyed through his book Paul Bocuse: The Complete Recipes. Bocuse, an infamous authority on French cuisine, incorporates the full spectrum of 20th century French cooking in a way that can be practiced by the everyday home cook in this combination of 500 traditional and simple French recipes.

This post was brought to you by Galeries Lafayette.

Also, some of these links are affiliate, meaning I make a small commission, with no additional cost to you. This helps keep me stocked in French wine, as well as a roof over my head. 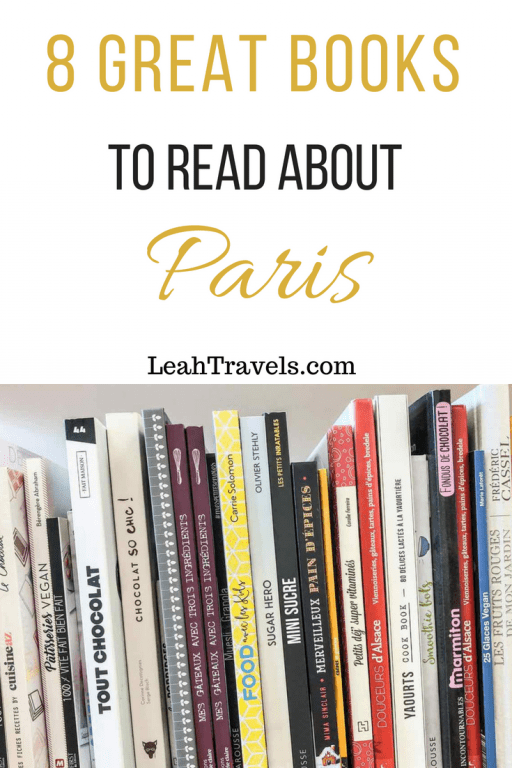