Call me lucky. Call me crazy. Call me whatever you’d like. But for the month of September, this Francophile is living in Paris. Yep, ladies and gentlemen, right this very minute I’m nestled in the sweet bosom of Paris, my favorite city in the world.

“I guess it goes to show that you just never know where life will take you. You search for answers. You wonder what it all means. You stumble, and you soar. And, if you’re lucky, you make it to Paris for a while.”–Amy Thomas 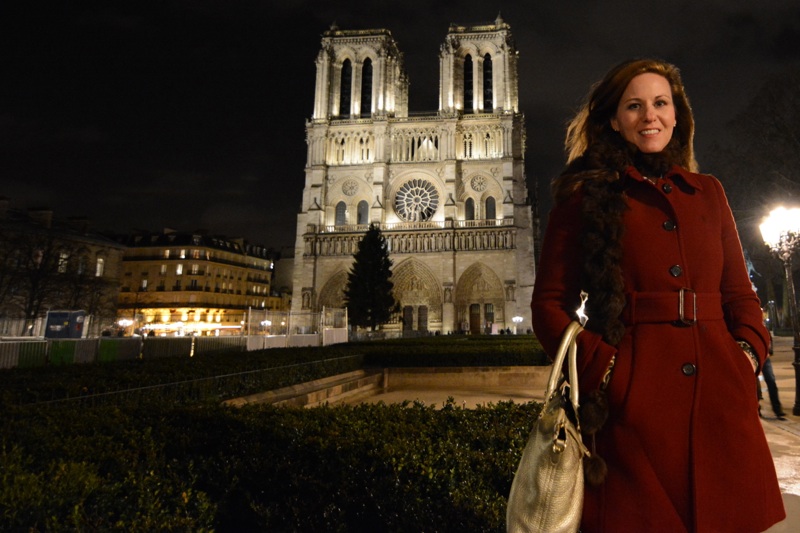 This is my fourth time in the City of Light in 2014 alone, and I decided that my next trip needed to be an extended one. A few days or even a week wouldn’t do. Honestly, I doubt a month will even be sufficient, but it’s a good start. I suppose it’s a belated 40th birthday present to myself, but really, I would have jumped at this opportunity in any instance. I’ve coveted living in Paris ever since I first visited in 2012. I’ve returned to the city numerous times since that first trip, and each time I found myself more enamored than I ever believed possible.

“There was no experience, I thought, quite as wonderful as being an American in Paris.”–Ann Mah

For me, my love for Paris isn’t about the Louvre, Sacré-Cœur, Notre Dame, or any other noteworthy site. Rather, it’s the invigoration I feel from walking the narrow streets of Saint-Germain-des-Prés, people watching in the Jardin du Luxembourg, and simply discovering a new arrondissement. So what exactly will I do with my September in Paris? Anything. Everything. Nothing.

“I know so much is going to happen here, but I just don’t know how. It feels like Paris is full of so many adventures just waiting to be had.”–Rachel Kapelke-Dale 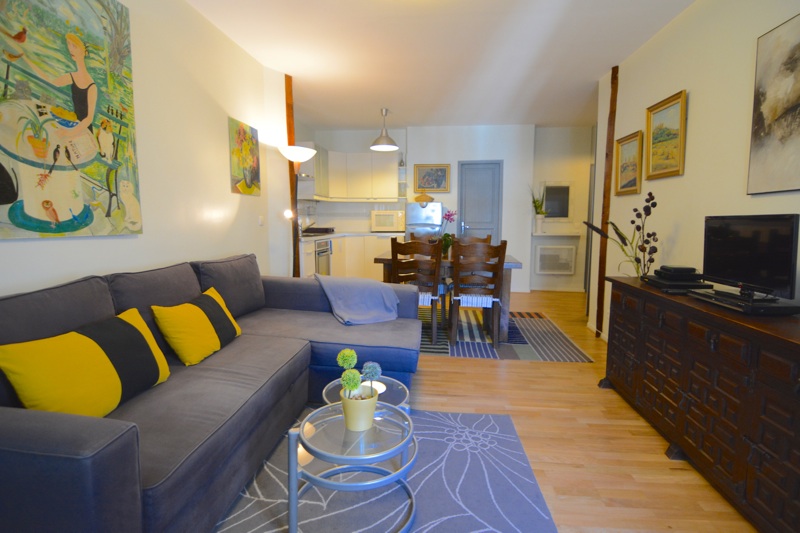 For this month of living in Paris, I’ve partnered with Paris Attitude, an apartment rental company specializing in the city. I have over 40 square meters, which is quite spacious by Parisian standards. In sifting through the thousands of Paris Attitude apartments, I had three requests: WiFi, a washing machine, and a one bedroom with an actual bed {rather than a futon}. In this sweet pad, I got all that and more. 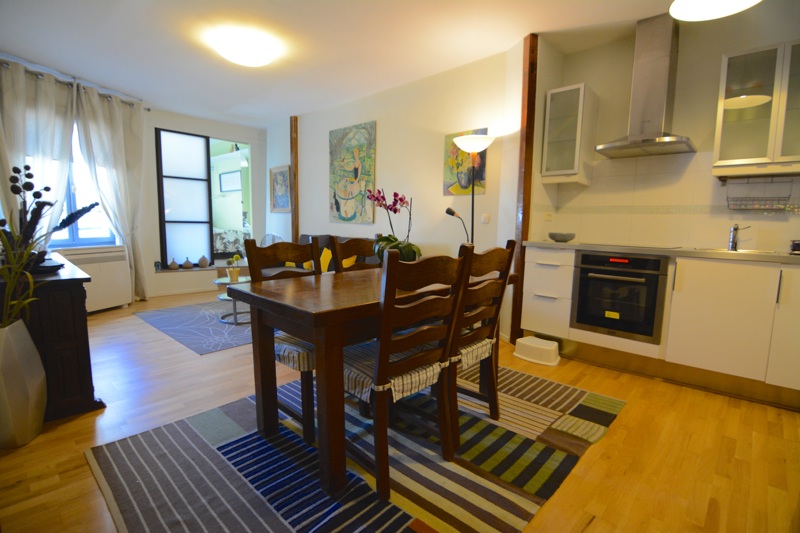 First off, there’s an ELEVATOR. If you’ve ever rented an apartment in Europe, you know exactly how precious of an amenity that is, especially when loaded down with my massive luggage. Secondly, there’s a shower large enough that I don’t have to be double jointed in order to shave my legs. You may laugh, but the quality of my showering experience is something I cherish. Thirdly, there’s an actual kitchen, complete with an oven. Now, I don’t cook on a regular basis, but who’s to say I won’t try my hand at making macarons again? At least I have the option in this apartment. And lastly, I’m very close to two metro stations: Grands Boulevards and Bonne Nouvelle. I love Paris in the rain, but there’s nothing that puts a damper on a good time like an unexpected soaking on the way to the subway. As they say, it’s all about location, location, location. 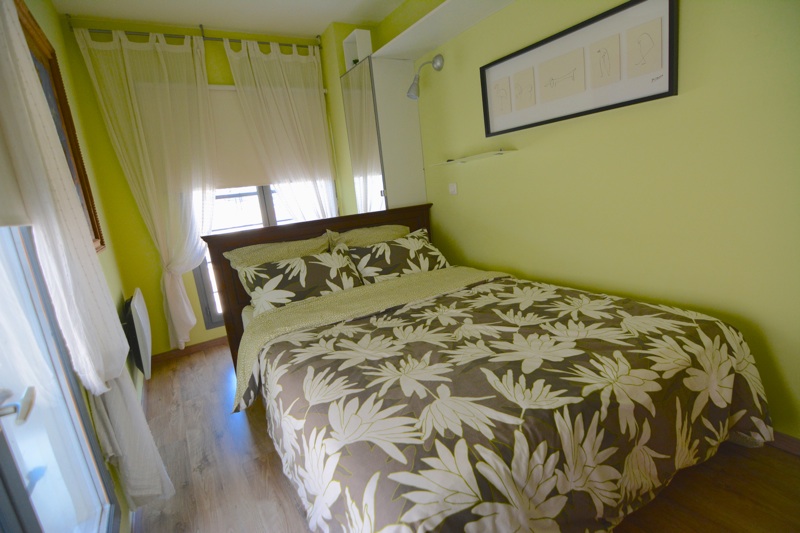 “The best of America drifts to Paris. The American in Paris is the best American. It is more fun for an intelligent person to live in an intelligent country. France has the only two things toward which we drift as we grow older—intelligence and good manners.”–F. Scott Fitzgerald

While in the City of Light, I am a guest of Paris Attitude. If you’d like more information on renting apartments in Paris, please visit their website.

48 Hours in London: Tradition with a Twist