Is 24 hours really enough time to discover a city? If that city is Munich, it certainly is.

Settle down all you Bavarian lovers. There’s no need to get all bent out of shape. What I discovered from my 24 hours in Munich is that I absolutely need more time in the city. 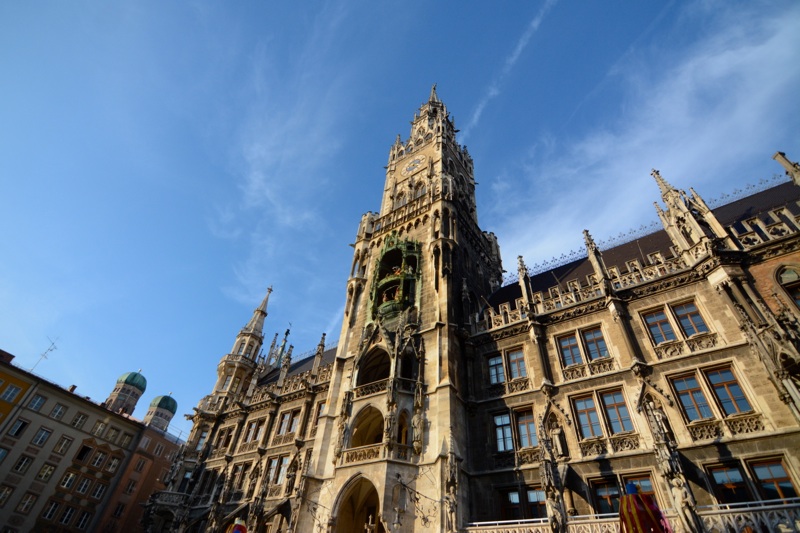 As my first time in Germany outside of the Frankfurt airport, I used Munich as the gateway for my Best of the Alps adventure. I’ll freely admit that the only thing I knew about the city is its legendary Oktoberfest celebrations. I had no expectations and did no research. For my night in Munich, I figured I’d just wing it. 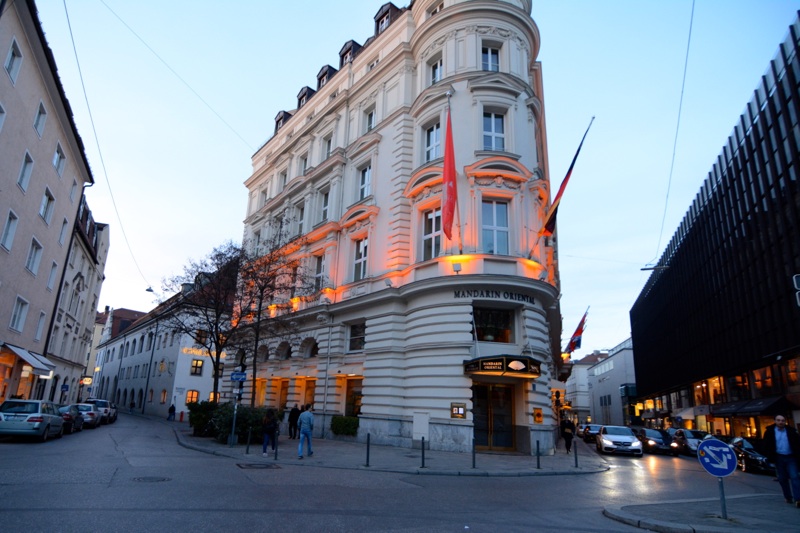 So, I didn’t completely go off the cuff—a leopard can’t change his spots. Accommodations are something that must be solidified before departure, especially since I’ve become so fastidious. When looking through the possibilities, my eye was immediately drawn to the Mandarin Oriental. I have to say that given my recent experiences in Hong Kong and Paris, I’ve developed a little crush on the luxury brand. Knowing that MO likes to weave a bit of its Asian tradition throughout its worldwide properties, I was curious as to how they would meld that with German heritage.

Set on a peaceful side street, this grand hotel is perfectly located in Munich’s old city. Just around the corner from MO is one of the city’s four royal roads, Maximilianstrasse, which now is home to finest designer shopping. Perhaps even more important is the hotel’s location next door to Hofbräuhaus, a beer hall and one Munich’s oldest breweries. Besides shopping and beer, there are plenty of cultural and historical offerings at MO’s doorstep. 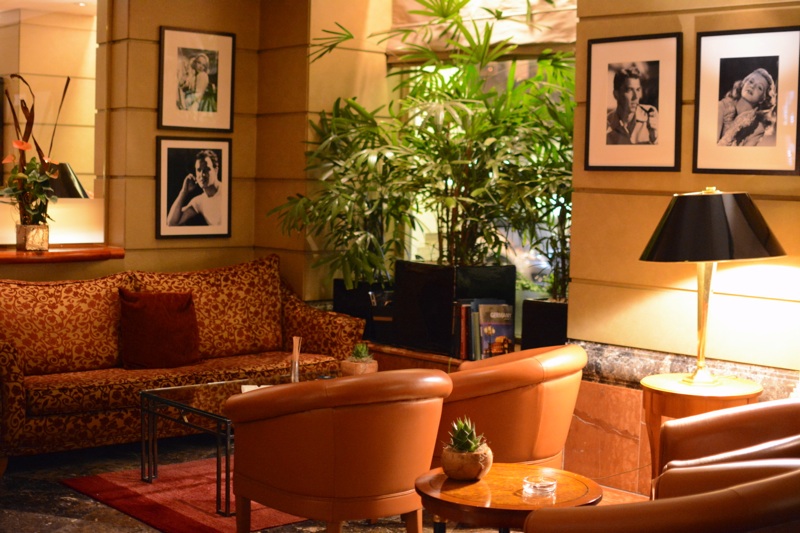 With only 73 rooms, the MO feels intimate. However, the grandiose lobby with its columned balconies and sweeping staircases make the hotel feel much larger. An open floor plan, the lobby seems like a living room filled with both visitors and locals. Here’s where you’ll find the Mandarin Bar, BistroMO, and Rum Club, a divine cigar lounge. I don’t smoke, but I considered taking up the habit just to hang out in this swanky place. 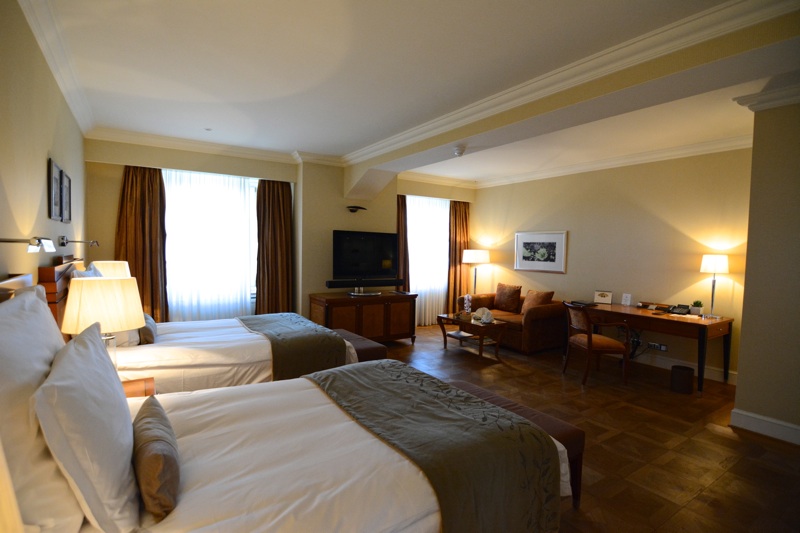 For the night, I stayed in a Mandarin Room, the largest in the hotel. The ceiling, which must have been close to twenty feet in height, only added to the sizable feeling. Parquet floors were covered in Oriental rugs, and Asian-inspired art hung on the walls. Otherwise, the room was classic European. 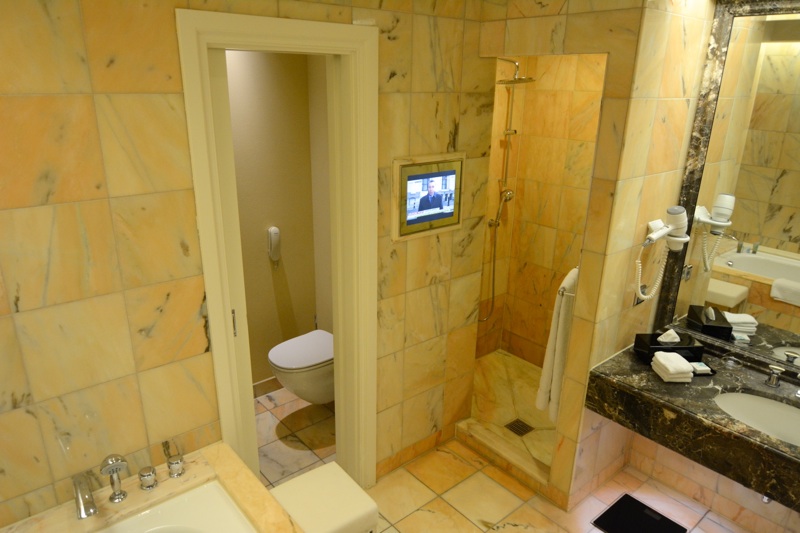 The bathroom was covered in marble and quite sizable, especially compared to many found in Europe. A soaking tub was inviting, but I’m a shower girl, especially one with a rain faucet, which this room had. Toiletries by Red Flower were new to me, but I’m now a fan. I also thought the small bottle of bath oil and orchid found on my pillow from turn down service was a lovely touch.

Frankly, the best thing about my stay at Mandarin Oriental was the staff. The front desk was swift, helpful, and accommodating at check in, and the concierge staff was resourceful by finding black duct tape to repair my broken camera. However, it was Max, the Mandarin Bar Supervisor, that went above and beyond. Not only did Max map out a walking tour of Munich, but he also suggested a dinner location and then escorted me there. Cheers to Max. I’d say that after staying at Mandarin Oriental Munich, my little crush might now be a full-blown love affair.

As the capital of Bavaria, Munich is known for its beer, but it also has a reputation for great food. No, it’s not just pretzels and tafelspitz. Munich actually has twelve Michelin-starred restaurants, which surprised me. 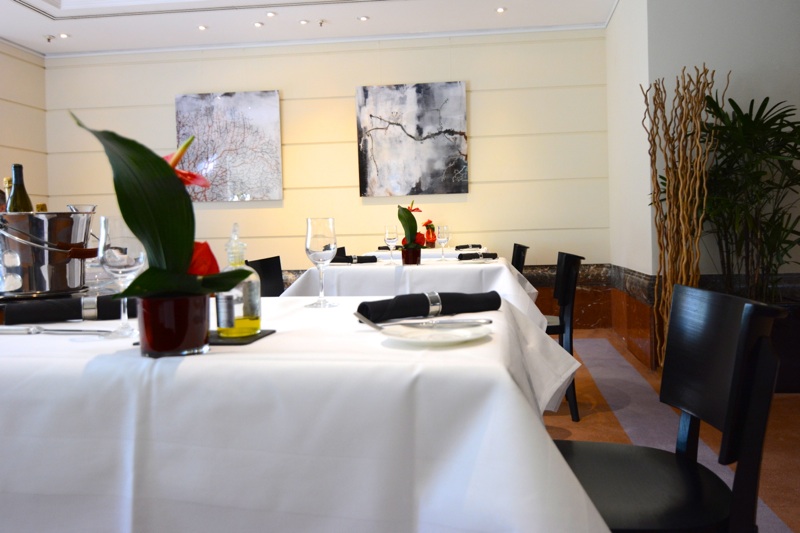 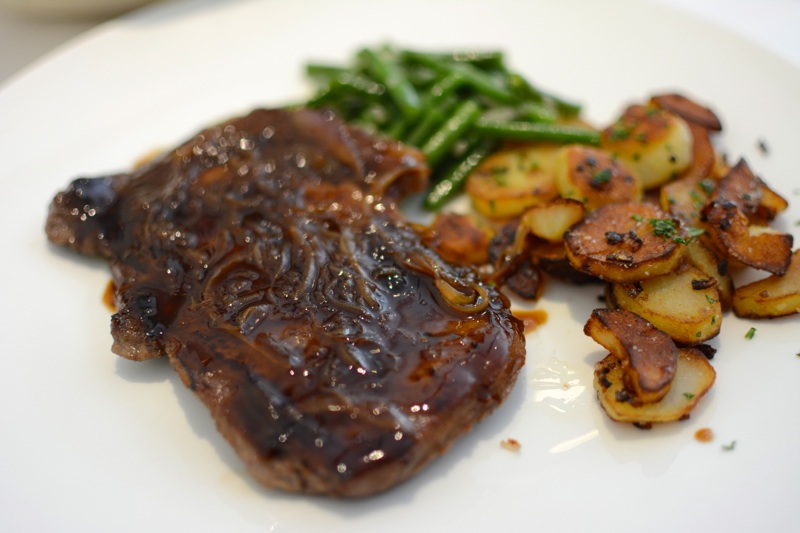 For lunch, I chose two courses from chef Larese’s weekly changing menu: Lobster bisque with pan-fried cauliflower and entrecote with beans and roasted potatoes. Talk about a welcome gift! After a trans-Atlantic flight, this meal is exactly what I needed to sustain my day of sight seeing. My only regret is not getting dessert. The apple strudel with vanilla ice cream and rum raisins was so enticing. I did, however, indulge in a glass of Champagne. It would just be wrong not to. 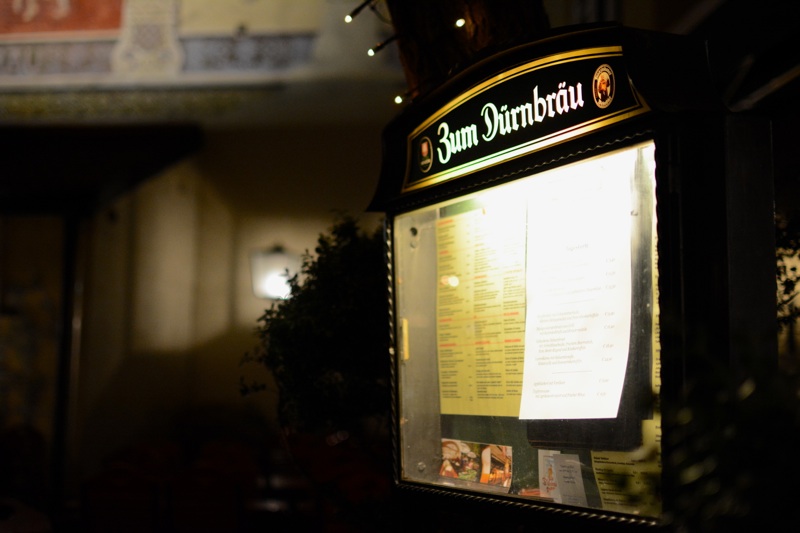 For dinner, I didn’t want anything touristy. I craved real Bavarian food with people from Bavaria. When I asked Max at the Mandarin Oriental for a dinner suggestion that was casual and uniquely German, he mentioned Zum Dürnbräu {and then walked me there}. 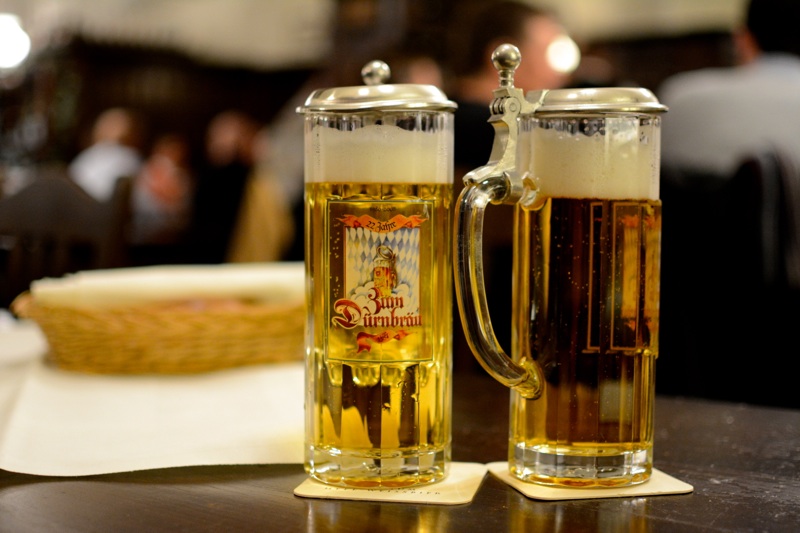 Around since 1487, I’d say that Zum Dürnbräu is as historical and uniquely Bavarian as it comes. The restaurant was filled with German being spoken, and I even had to request an English menu. That’s usually a sign that I’m going to like a place. This hunch was confirmed when a basket of pretzels and radler, a mix of German beer and lemonade, was delivered to my table by a waitress wearing a dirndl. 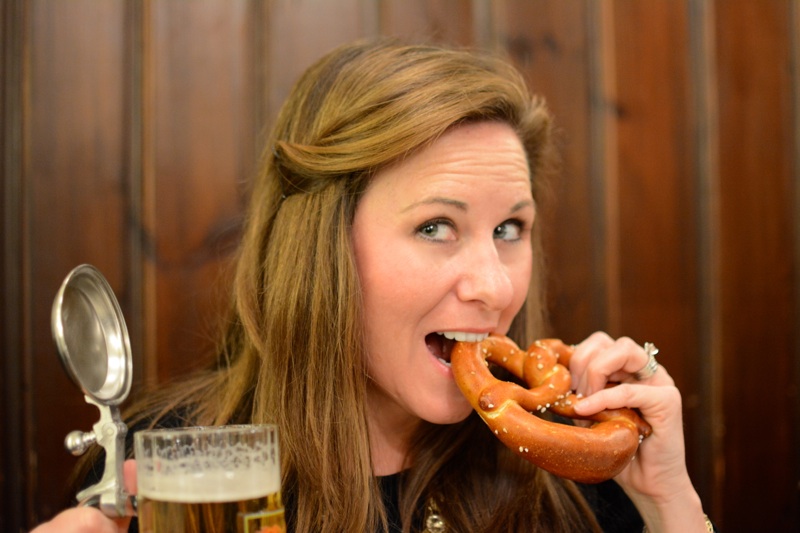 Knowing that the wiener schnitzel is a specialty of Vienna didn’t deter me from ordering it. I just couldn’t help myself. If you like the butter-fried veal filet, then this is a great one to try. Also, the tafelspitz, beef strips served in broth with vegetables, looked delicious as well. 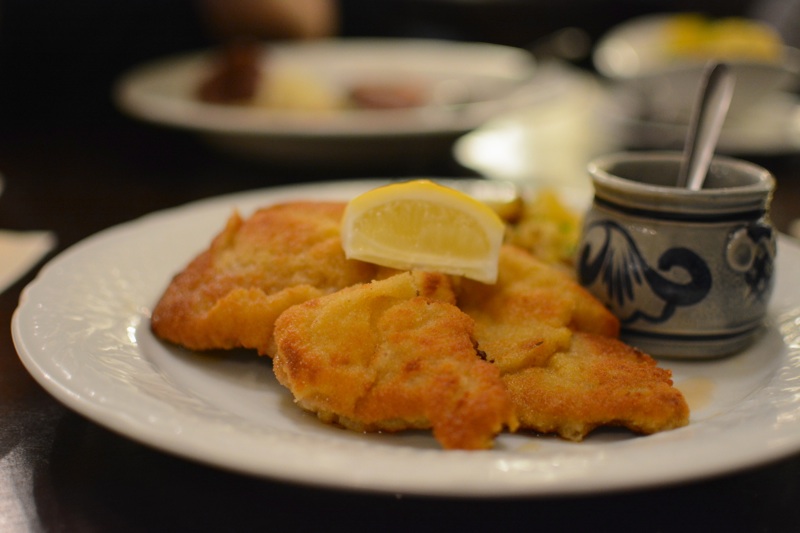 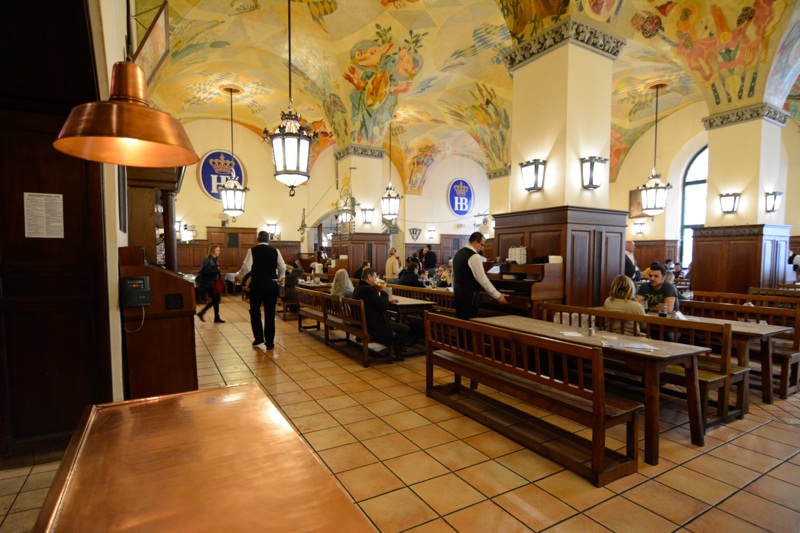 A tradition dating back to the 19th century and the rule of Bavarian King, Maximilian I, beer gardens are synonymous with Munich. Perhaps the most well known {and somewhat clichéd} is Hofbräuhaus am Platzl that dates to 1589. The massive hall with a vaulted, fresco-painted ceiling is filled with wooden benches and tables. There’s a band clad in lederhosen playing traditional German music, while women in dirndls fill steins for thirsty tourists. It’s worth a stop, but it’s one of those places I can check off having seen. 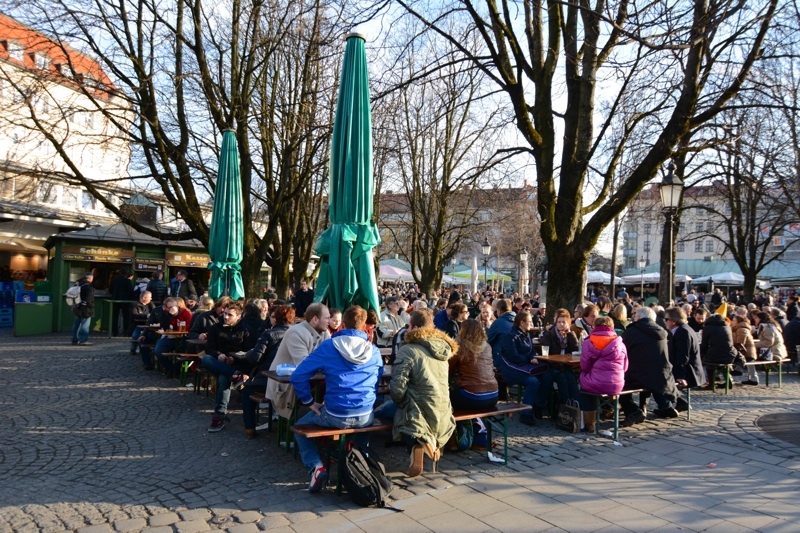 Viktualienmarkt, also known as a farmers’ market, is a place where more locals can be found, especially after work. Surrounded by stalls with fresh fruits, vegetables, meat, fish, and cheeses, there’s plenty of picnic tables for an afternoon drink. Buy some freshly baked bread, Gherkins, sausage, cheese, and a pint of beer {in a real glass mug}, and enjoy this area in the heart of Munich. Check out the maypole in the center of the square for the day’s beer selections. 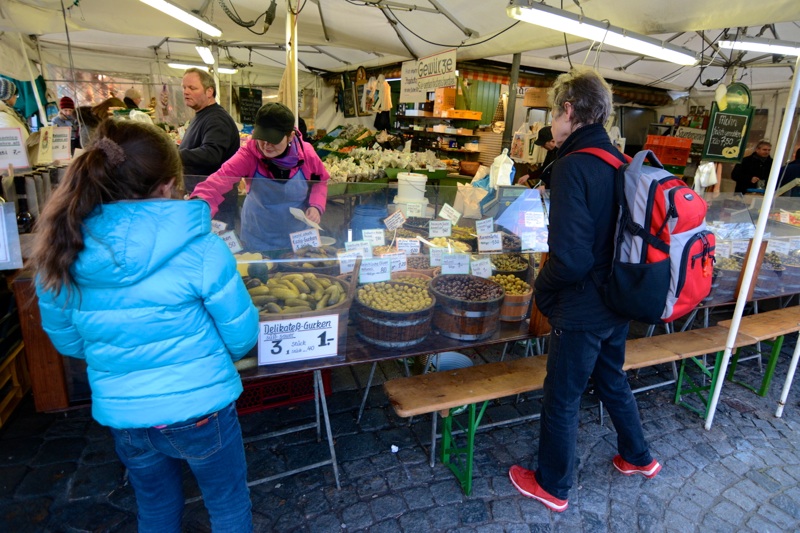 Delving into the heart and history of any place is difficult given 24 hours, but even more so in a city like Munich. To get a taste of this Bavarian city in a short amount of time, I suggest setting out on foot. The city center is not very large, and it’s nearly impossible to get lost. 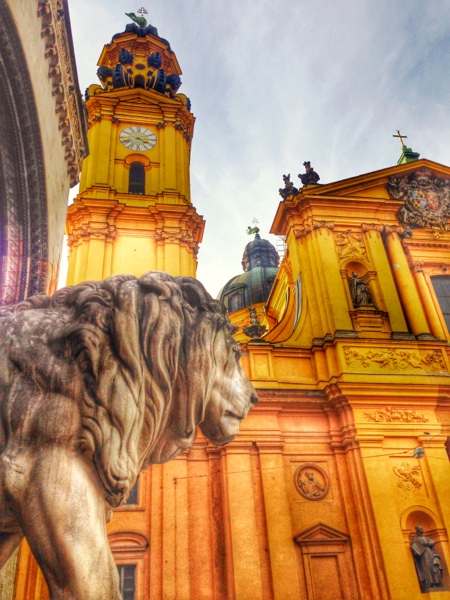 Make sure to see the Marienplatz, which houses the old and the new town halls, Glockenspiel, Fischbrunnen, and Mariensäule. An iconic image of the city is Frauenkirche, a Gothic-style Lutheran cathedral that shouldn’t be missed. St. Peter’s Catholic Church is the oldest in the city and offers a great view from the top. As the former home of Bavarian monarchs, the Munich Residenz is the largest city palace in Germany. If the weather’s nice, take a stroll through the English Garden, one of the largest urban parks in the world. Munich’s second largest beer garden is also located in the park.

With so much to see in so little time, I can’t help but feel as though I’ve slighted Munich. My 24 hours was just a tease. I want to cross Oktoberfest off of my to-do list in the fall and peruse the Christmas markets in the winter. I want to sit in the sunshine with a pint of Augustiner in the summer and watch as the gardens bloom in spring. I want to experience more of the history, culture, food, and the beer. 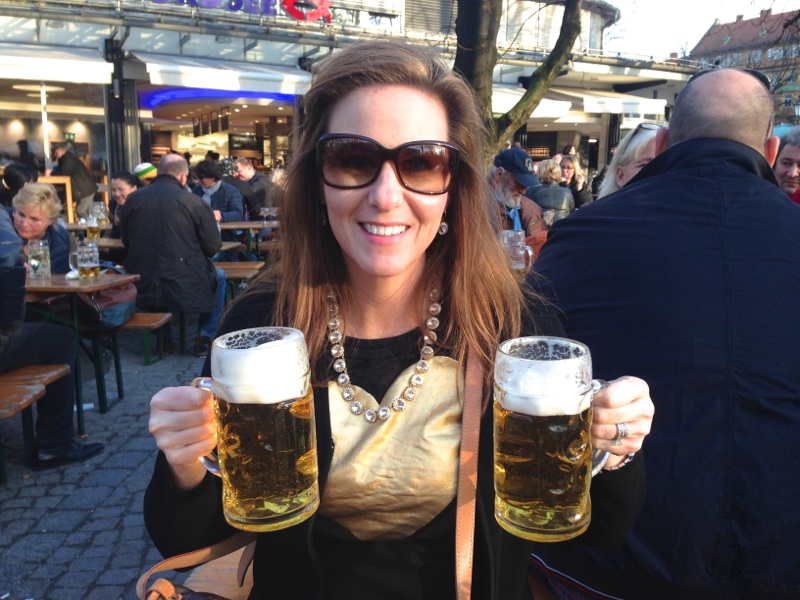 I was a guest of Mandarin Oriental Munich. In no way was I swayed to write a positive review based on their helpful staff, heated bathroom floors, or really delicious cocktails. As always, opinions are mine.

48 Hours in London: Tradition with a Twist