Everyone who’s even considered a trip to Ireland has heard of the Ring of Kerry. It’s probably one of the most famous, if not the most famous, drives in Ireland. Unfortunately, fame goes hand in hand with crowds, and that’s just not my pint of Guinness. Thus, on my trip to Ireland, I passed on the tour bus saturated Ring of Kerry. Driving Ireland’s Dingle Peninsula certainly was a great choice. 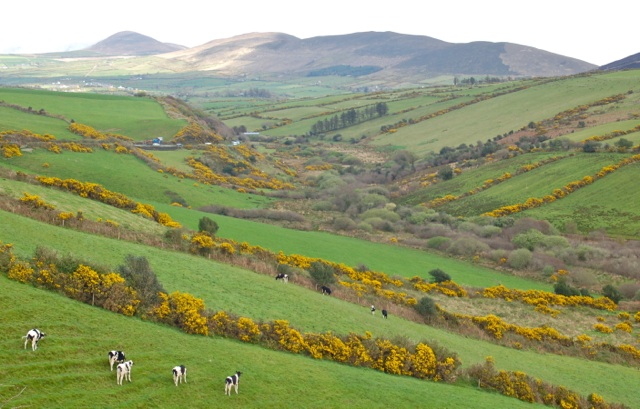 Close in proximity to the Ring of Kerry and equally as beautiful, the Dingle Peninsula is far less crowded, which allows a more leisurely drive. Don’t underestimate the importance of an uncrowded road when driving in Ireland. The country is notorious for its treacherous thoroughfare. In fact, when I rented a car at the Dublin airport, I was required to buy the insurance. 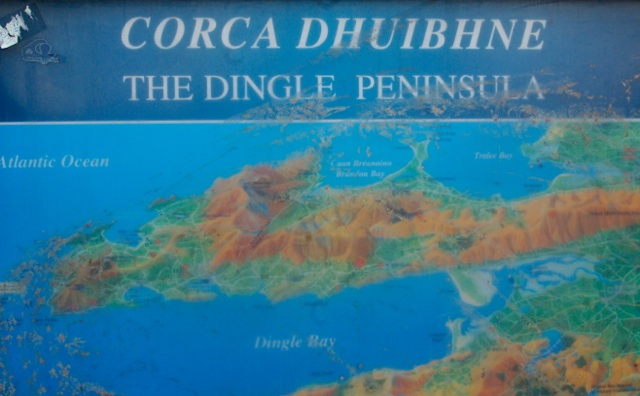 The Dingle Peninsula is 40 miles in length from Tralee to Slea Head and 10 miles wide. It has a line of mountains, which includes Mt. Brandon, the second tallest mountain in Ireland.  The area is sparsely populated with people, but sheep are another story. They look like a white blanket across the lush, green landscape. 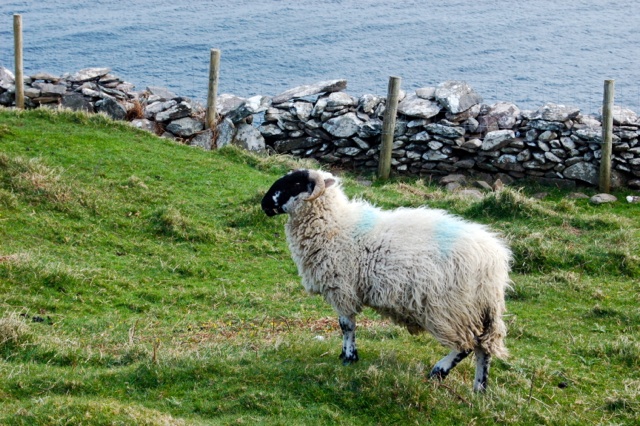 This area is known to hold tight to its Gaelic traditions; I heard more Gaelic than English on my visit. The town of Dingle is the only place of any real size on the peninsula, but still only has about 1,500 people. Comprised of a few streets, shops, and pubs, it’s a fun place to stop for a beer and some good Irish craic. 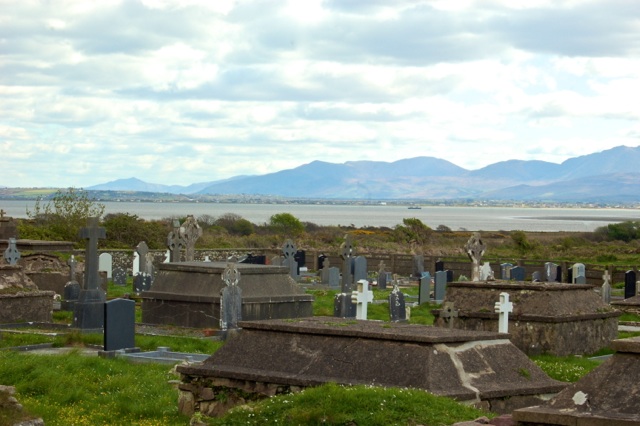 When starting the drive west from the town of Dingle, there are centuries of history to discover and plenty to see other than the untouched landscape. At an easy pace, the drive will take about three hours or longer if stopping at every notable landmark. After all, there are over 2,000 monuments dating as far back as 4000 B.C. 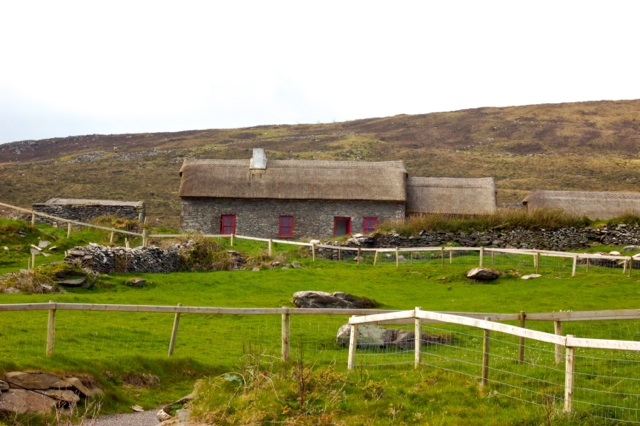 Some of my favorite stops include a Stone Age ring fort from around 500 B.C. Though the fort was a Celtic chief’s headquarters, legend believed it to be fairy forts. Several beehive huts, known as clochans, were built by 7th century monks and line the road; crawl inside of one—it’s so surreal. 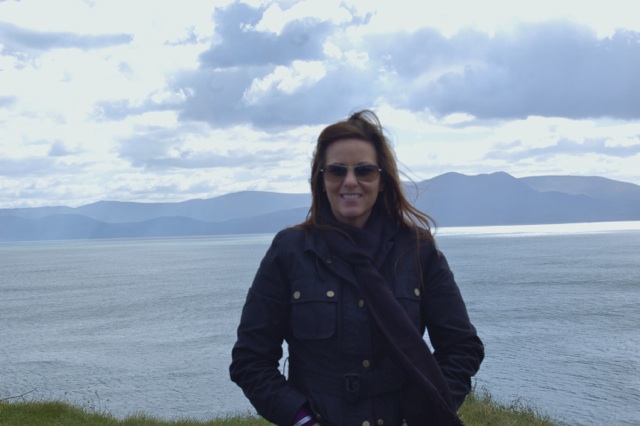 Look for the white marble crucifix placed near the mountain and pull over. This is known as Slea Head and gives a great view of the Basket Islands. Just down the road from Slea Head is a parking lot where the Basket Islands can be viewed again, as well as Dunmore Head, the western most point of Europe. See if you can spot Sleeping Giant Island, apply named for is resemblance to a giant resting on his back with arms resting on his big belly.

Craving a bite to eat or a beer, stop at the pub in Ballyferriter, a tiny town established in the 12th century. Built around 800 A.D., the Gallarus Oratory is one of the best-preserved churches in Ireland and one of the best stops on the Dingle Peninsula. In contrast to the Gallarus Oratory, Kilmalkedar is a ruined church where Normans worshiped. One of the oldest medieval tombs can be found here.

Countless worthwhile stops are found on the Dingle Peninsula drive, and a full day could easily be devoted to it. Before setting off, I’d suggest a great guidebook, an empty memory card, and full tank of gas. Oh! Make sure to wave at the multitude of tour buses on their way to the Ring of Kerry and smile knowing that you’re headed to Dingle. 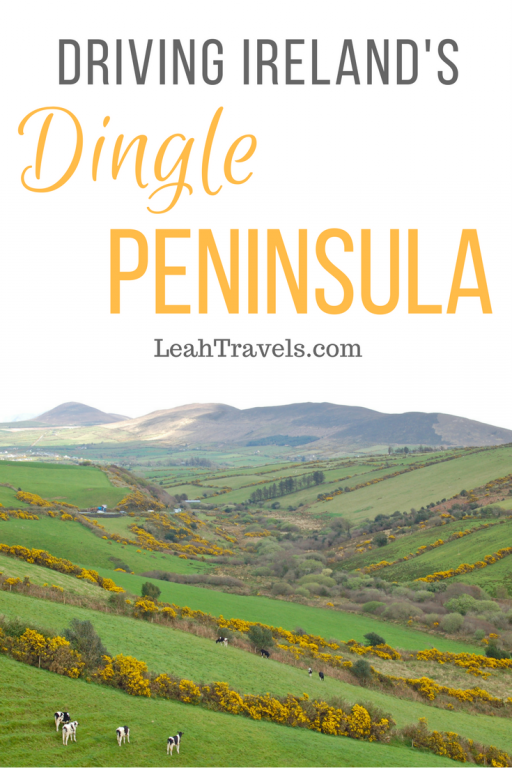