When you go to Rome there are just certain things that you do: visit the Colosseum, see the Sistine Chapel, throw a coin in the Trevi Fountain, and climb the Spanish Steps. And if you’re lucky enough to be in Rome on a Wednesday, you can hang out with pope like I did. 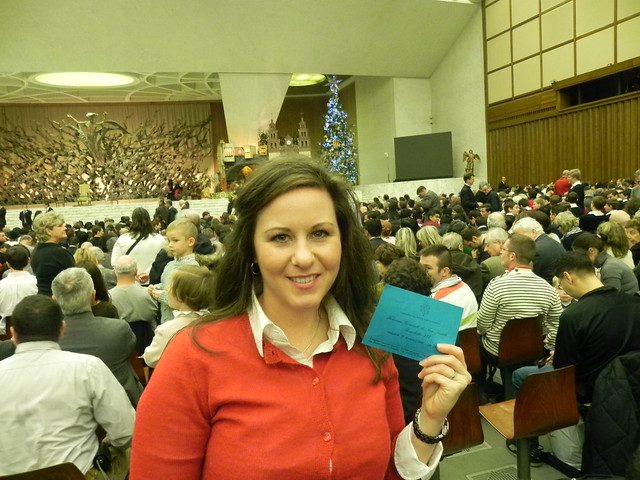 Yep, you read that right. I spent the morning with Pope Benedict XVI, granted there were several hundred other people there, but no matter.  Although I’m not Catholic, I really wanted an opportunity to attend an audience. So for Christmas 2010 in Rome, I made it a point to schedule the trip as to not miss my chance. After some research, this is what I discovered:

I also found through my research that in the summer months it’s best to request the tickets as early as possible. Usually the audience is held in St. Peter’s Square in order to accommodate the large summer crowds, therefore even if you aren’t a lucky ticket holder, you can still attend the ceremony. Granted, it will be from the back of the square and you won’t have a seat. The audience I requested was the last before Christmas, and thus it wasn’t difficult to get tickets. 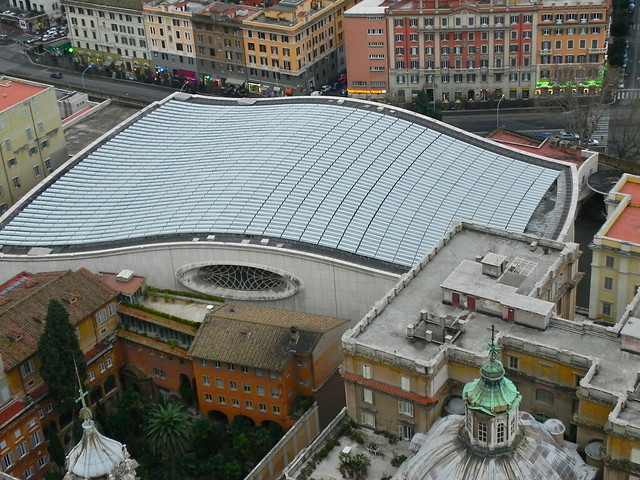 As previously mentioned, most of the time the general audience is held in St. Peter’s Square. The pope is driven into the square in his famous Popemobile before taking the stage. Since it was late December and a cold front had gripped Rome (and the rest of Europe, really), the audience I attended was in a huge building with a wavy roof next to St. Peter’s Square. An hour early, I filed in with the rest of the pilgrims. 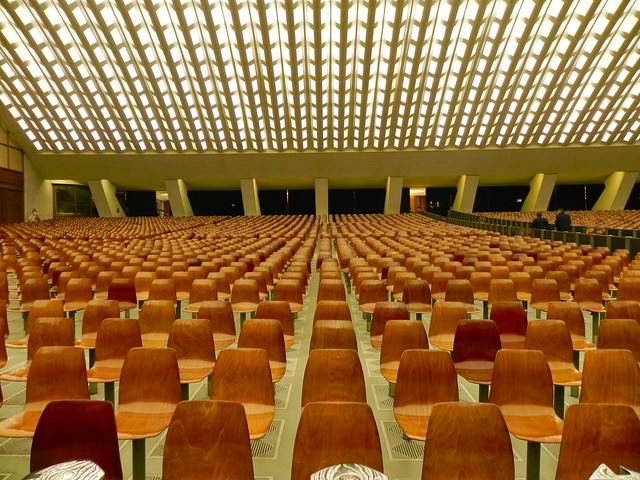 There were hundreds of people from all over the world already in their seats. On the stage was a giant Christmas tree and what seemed like a life-sized nativity scene. Jesus was missing from the manger, no doubt slipped in on Christmas Day. Chairs were on stage for the cardinals, bishops, and clergy in attendance, along with a comfy-looking quilted chair in the middle for the pope. But what dominated the gigantic auditorium was the larger-than-live bronze statue that spread the length of the stage and rose to the ceiling. 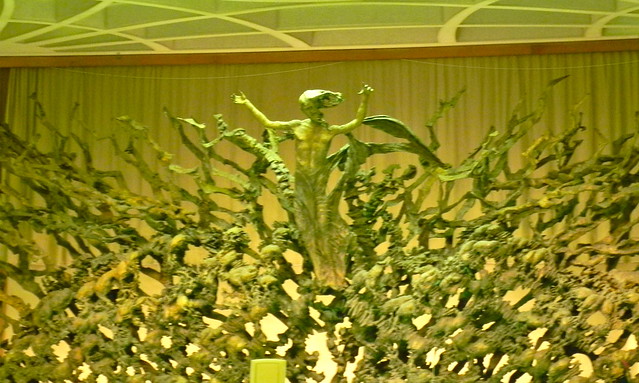 As 10:30 drew nearer, the anticipation of the crowd was palpable. Cameras were drawn and people jockeyed for the best vantage point. The only problem was that nobody knew which entrance the pope would come through. 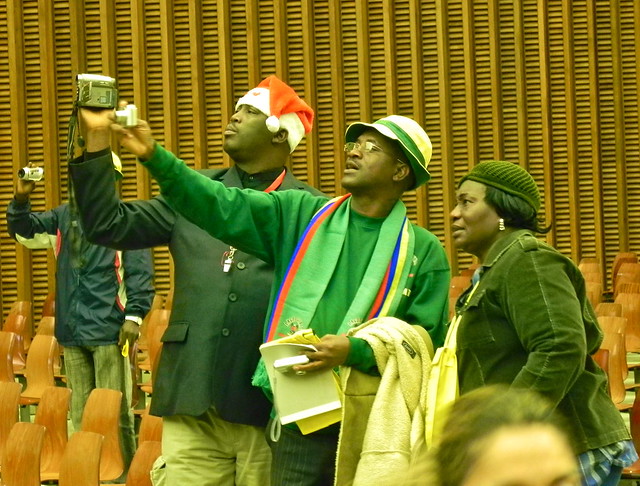 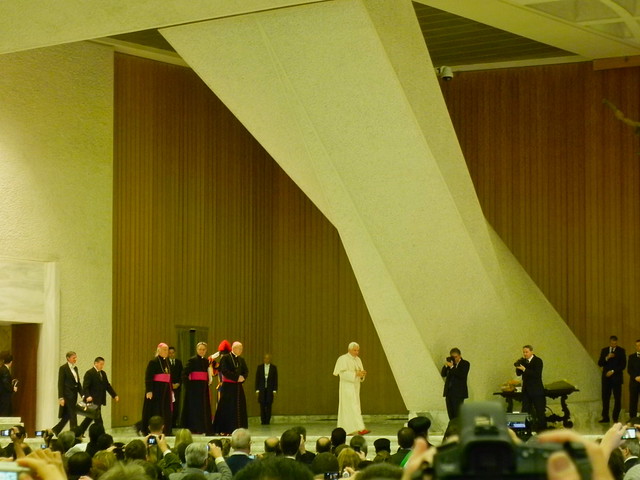 Pope Benedict XVI entered stage right and waived to the audience. Women squealed with delight, and fathers threw children onto their shoulders. Chairs were broken in an attempt to get a better look. Flashbulbs lit up the building. As a non-Catholic, it was  interesting watching the reactions of the audience. 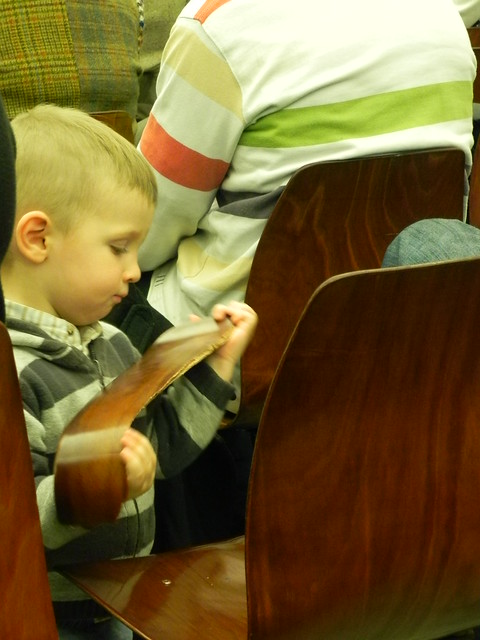 Pope Benedict XVI took his seat; I was surprised at how small and frail he looked. He was flanked by two cardinals and two members of the Swiss Guard. 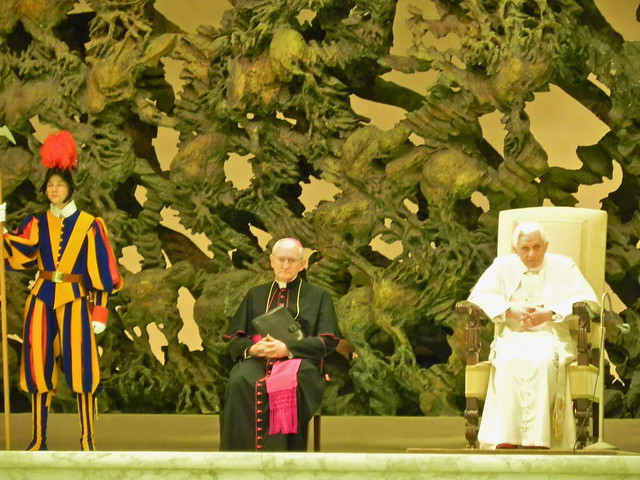 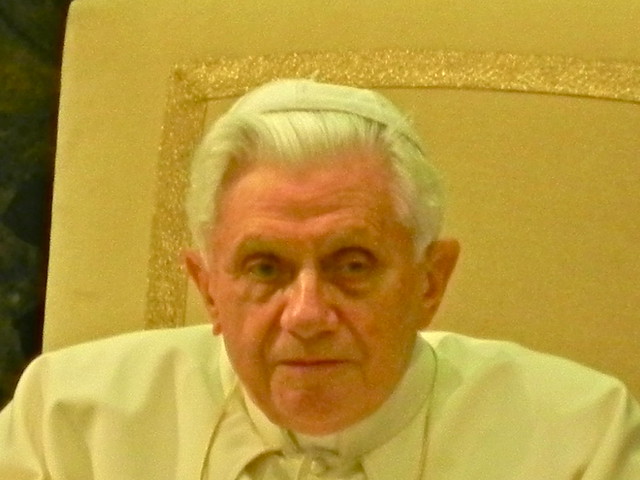 The crowd settled and various cardinals and bishops addressed the audience in their native tongues. They welcomed groups individually from countries who spoke their particular language. For instance, the cardinal speaking in Portuguese welcomed groups by name from Brazil and Portugal. Those groups then stood up, waved flags, and cheered. If a choir was announced, they briefly sang for the pope. 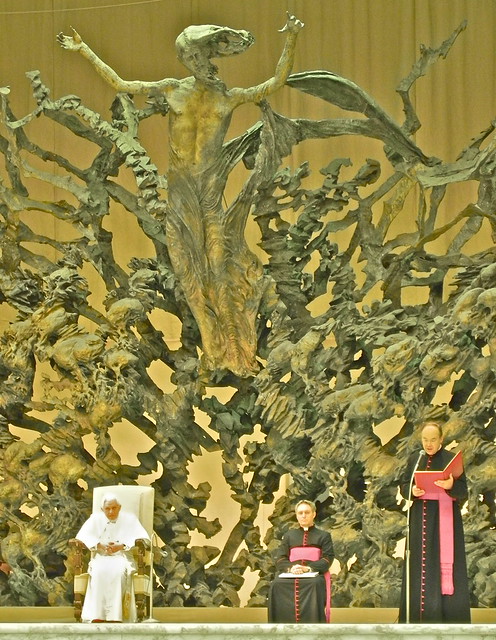 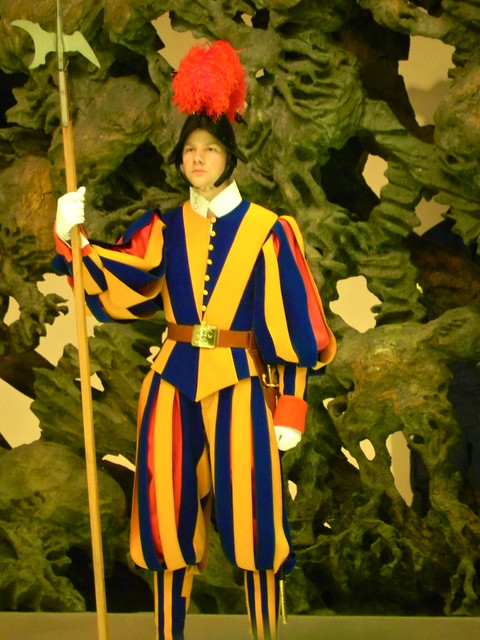 After the cardinals and bishops spoke and introductions were made, Pope Benedict XVI formally addressed the audience in no less than nine languages. No joke! I heard the pope speak English, French, Spanish, German, French, Polish, Portuguese, Italian, and Latin. It was simply amazing. 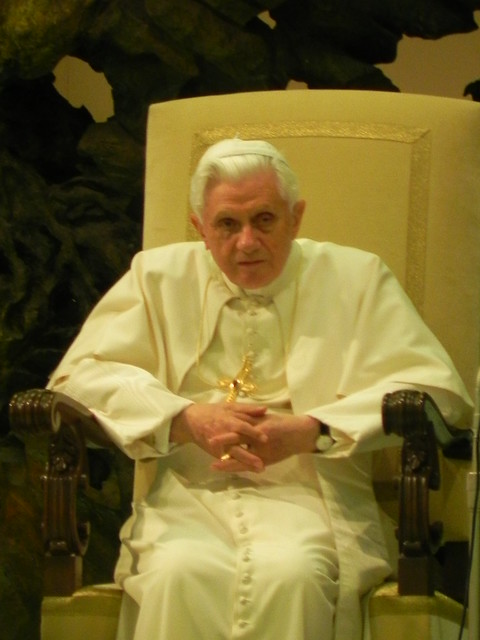 At the end of the audience, Pope Benedict led the crowd in the Our Father prayer in Latin. He then blessed those in attendance along with the sick and suffering. 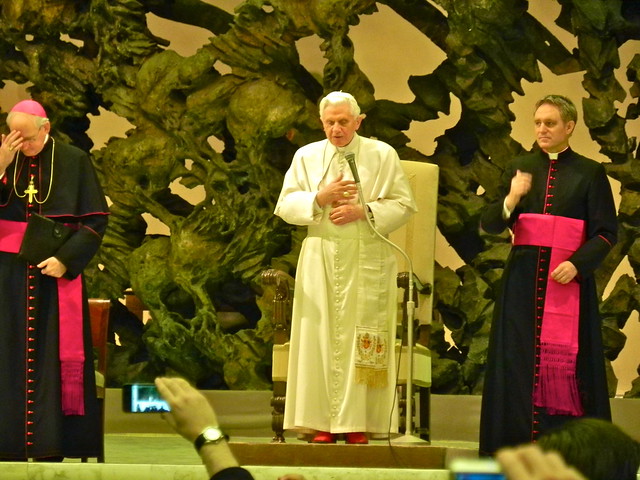 After the blessing and prayer, special guests were invited onto the stage. Various items, such as Bibles and rosary beads, were blessed. Before leaving, I took one last look at the crowd, some of which traveled thousands and thousands of miles for this experience. I noticed joy on many faces and tears in the eyes of others. Much of the crowd stuck around to squeak out as much time as possible with Pope Benedict.

I made my way out of the auditorium and into St. Peter’s Square feeling better for having attended. Although I’m not Catholic, I left polarized by the experience of “meeting” the man who is responsible for leading over a billion people in their religion.