In the months leading up to October’s Italy trip, I realized that a rental car would be necessary. One of the things I love about Europe is the ease of traveling by train, and I try to take advantage as much as possible. But, the rails wouldn’t take me to the isolated Tuscan villa or seaside resort I’d be visiting, and since I’ve found that some of the most difficult places to get to are also the most rewarding, I sucked it up and rented a Citroën. However, there are a few things I wish I knew before renting a car in Italy.

Tips for Renting a Car in Italy

When I’m in the USA, I’m a driving machine. I started driving at age eight and got a super-fast ’66 Mustang when I was twelve. In Houston, public transportation isn’t a viable option, so I’m behind the wheel everywhere I go. I consider myself a very good driver {though a bit aggressive, impatient, and prone to road rage, which makes me basically an Italian driver!}.

I’ve dodged sheep and rock walls on the tiny roads of Ireland and navigated the North and South Islands of New Zealand without issue. I’ve driven in a convoy of 200 Mini Coopers from San Francisco to Albuquerque. There was no problem whatsoever. However, driving in Italy is different. Thus, here are some things I wish I knew before I rented a car in Italy. 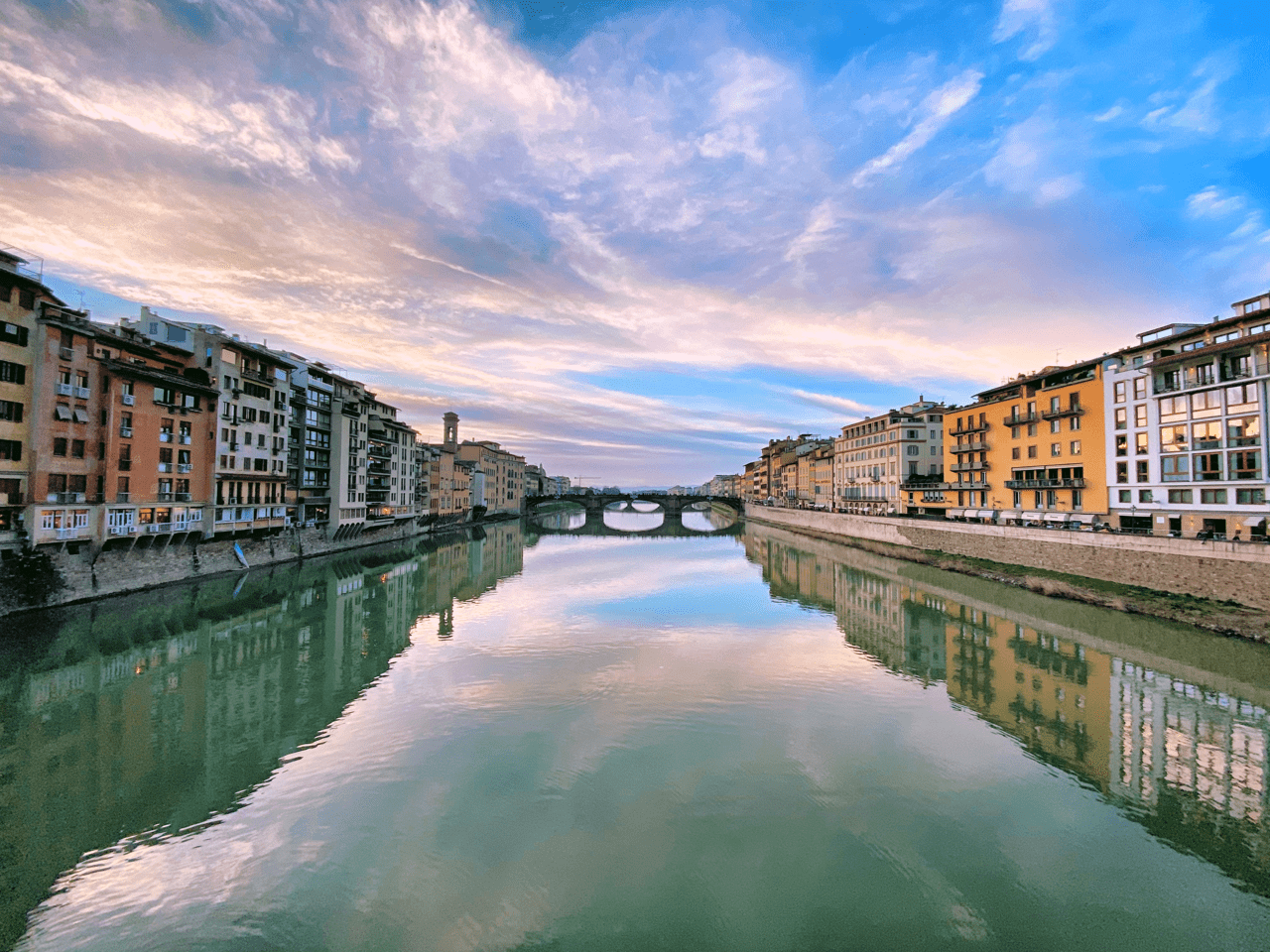 From the country that’s given the world Ferrari, Lamborghini, and Maserati, you would expect a nation of lead feet. And you’d be right. Italy is no place for the timid driver. Forget leisurely cruising through the Tuscan hills–not going to happen. Highways might as well be racetracks. Frankly, I never knew the speed limit, nor did I care. There were always ten cars driving at least twenty kilometers per hour faster than me. Just move over as soon as possible and let everyone pass.

I am filled with anxiety when it comes to toll roads. When I was teaching and coaching basketball in Houston, I crammed a giant, yellow school bus full of kids between two concrete barriers at a tollbooth during rush hour. This happened over eight years ago, and the humiliation and horror still haunt me.

Now, I’m not particularly concerned about hitting something, but rather choosing the wrong lane. The last thing I need is a warrant out for my arrest in Italy. My advice for using Italian toll roads is to find the cash lane, unless you understand Italian. Do not, I repeat, DO NOT use the credit card line, especially if you don’t have a credit card with a chip. My friend was charged $8 and $37 on her debit card. Subsequently, I later paid €.70 in cash. That’s just highway robbery {pun intended}. 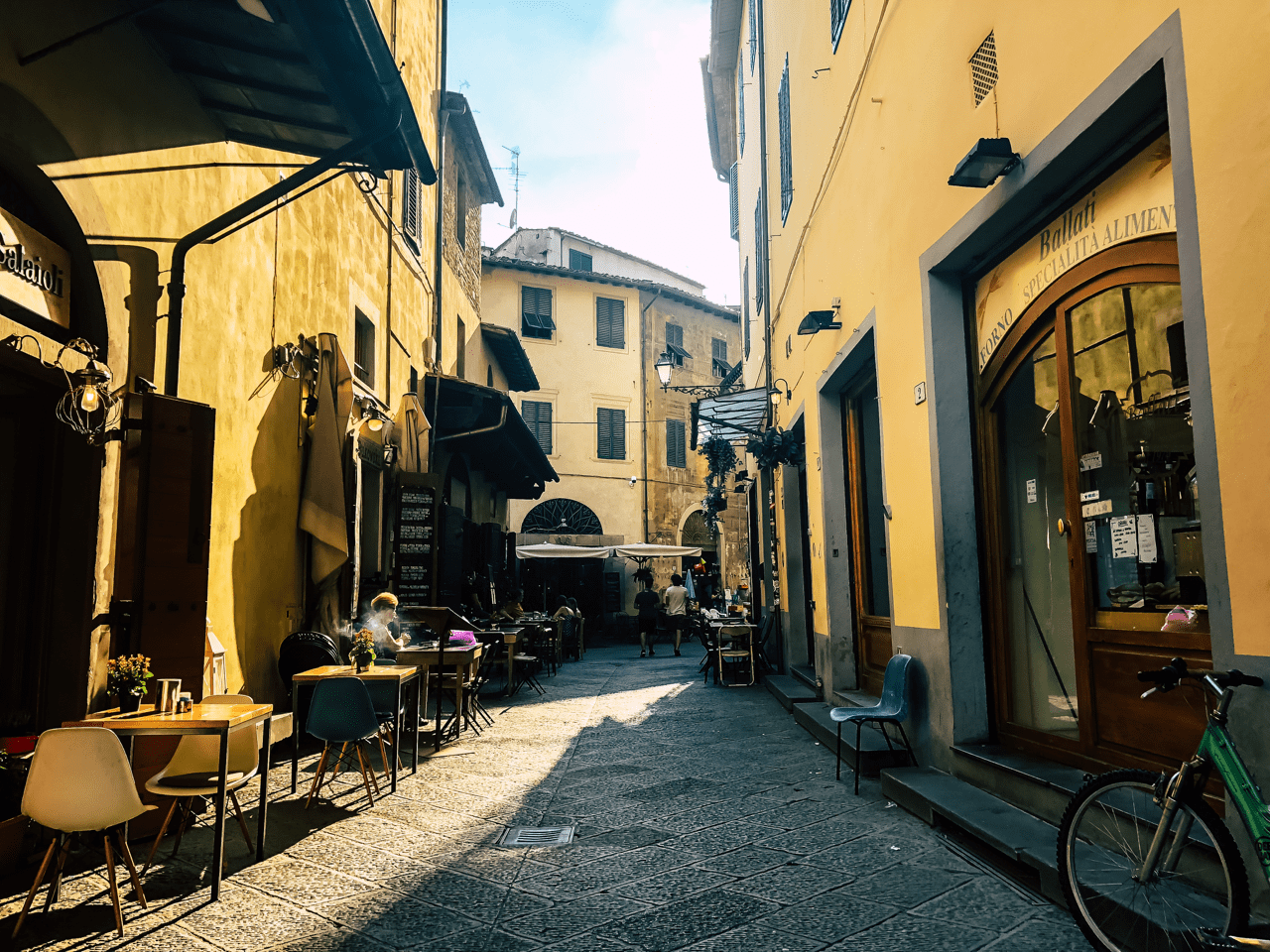 I learned to drive a stick shift on a tractor when I was ten. I’m pretty sure I’ve not driven one since {both a tractor and a stick}. You can imagine the look on my face when I climbed in to my trusty Citroën to see three floor pedals and a knob where a cup holder should be. My advice is that unless you’re Giancarlo Fisichella or regularly drive a car with a manual transmission, just go ahead and pay the extra money for the automatic transmission.

First off, it’s important to know the terminology. Gasoline is known as petrol. Secondly, the prices may look much lower than in the USA, but keep in mind that in Italy {and pretty much the entire world}, petrol is sold by the liter, rather than the gallon. So, €20 worth of petrol will get you about three gallons. Lastly, paying for the petrol can be an adventure and varies wildly. Often there’s a central pay station for each bay of pumps. Choose the pump number you’ll be using and follow the Italian instructions. Paying with a credit card without a pin can be difficult, if not impossible. Have cash handy, because some of the machines accept bills.

With all the construction, tiny roads, and roundabouts, navigating Italy can be a daunting task. I decided against renting the optional GPS and using Siri and Google maps instead. It served me well, but did use a good bit of the international data I’d purchased and ran my iPhone battery down rather quickly. It was, however, entertaining to listen to Siri butcher the beautiful Italian language. If you’re going to be driving a lot then just get the navigation system. It’ll be a good investment. 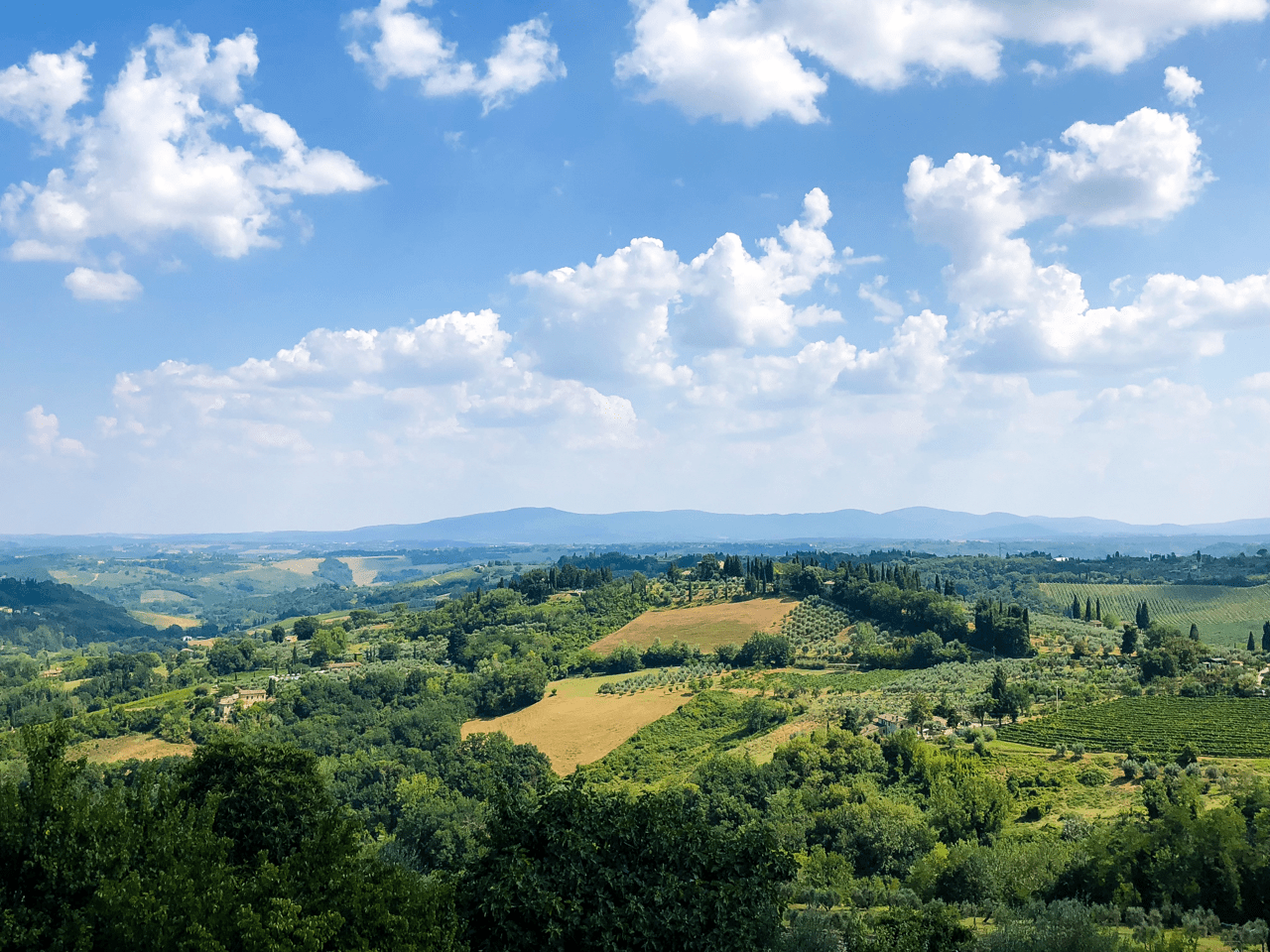 Car Rentals in Italy: Insure or Not?

Normally, I’m on the fence when it comes to buying insurance. My credit card offers coverage, so in the USA, I decline the coverage offered by car rental companies. Besides, the insurance often costs as much as the rental, and I find that simply ridiculous. When I’m renting a car in Italy, however, I usually buy it. And in some countries, like Ireland, there’s a law requiring the purchase of additional insurance.

Some car rental sites offer insurance at a fraction of what you buy at the rental car counter, so make sure to research that option. Before I picked up my car, I bought a week’s worth of excess protection online for just £28.26. The added piece of mind was absolutely worth it, especially since I may or may not have added a little character to the front bumper of my car. I’d also like to suggest keeping a bottle of Tuscan red handy to give to the inspector upon return, although, I can’t guarantee this to be a foolproof method. Individual results may vary.

Rent a Car in Italy Here:

One of the best parts of my Italy trip was dropping off the car at the Rome airport in one piece. I will say that the risk was worth the reward, because I got to see parts of Italy that I couldn’t from a train window. I was on my own schedule and had the freedom to stop when I wanted. I’d totally rent a car in Europe again, but next time, it will be with an automatic transmission. 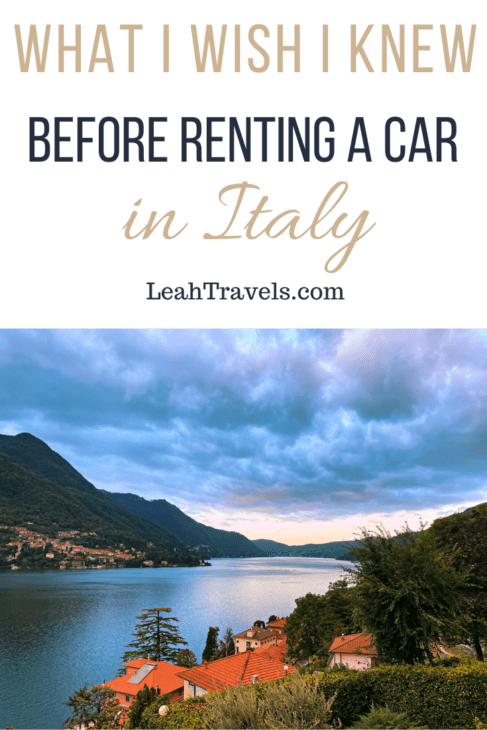