Having been to Barcelona three times in the last ten months, you would think that I’ve sufficiently explored the city, especially the famous {and wacky} buildings of Gaudí . As you may remember, I had the pleasure of staying in a fabulous Go with Oh apartment within spitting distance {that’s a Southern phrase} of the Sagrada Familia. I drank coffee in the morning and wine in the evening on my balcony with the symbol of Barcelona staring at me. It was certainly surreal, but I never really got into the whole Gaudí hoopla. 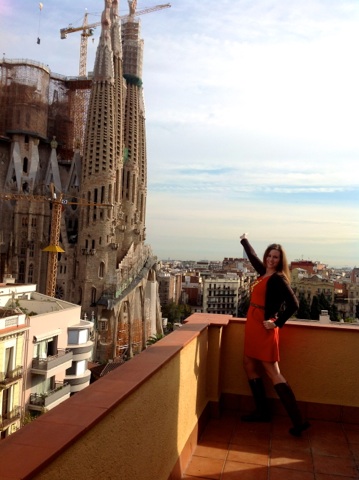 Who is this Gaudí guy?

Antoni Gaudí was a visionary architect during Barcelona’s Modernista period in the 20th century. No less than seven of his buildings have been listed as heritage sites by UNESCO {the culture arm of the UN} and Gaudí’s work is admired by his fellow architects due to its unique {a total understatement} and distinctive style throughout Barcelona. In short, you may think you’ve happened into a Dr. Seuss book when looking at a Gaudí building.

Gaudí was born in Reus in 1852 and received his architectural degree in 1878. After a few years under the influence of neo-Gothic art and Oriental techniques, Gaudí became part of the Catalan Modernista movement which was reaching its peak in the late 19th and early 20th centuries. His work transcended mainstream Modernism, culminating in an organic style inspired by nature. Apparently, Gaudí rarely drew detailed plans of his works, instead preferring to create them as three-dimensional scale models and molding the details as he was conceiving them. I tend to like a guy that’s willing to fly by the seat of his pants.

His work was greatly influenced by forms of nature and this is reflected by the use of curved construction stones, twisted iron sculptures, and organic-like forms. Gaudí also adorned many of his buildings with distinctive colored tiles arranged in mosaic patterns. Here are four of Gaudí’s most popular sites in Barcelona: 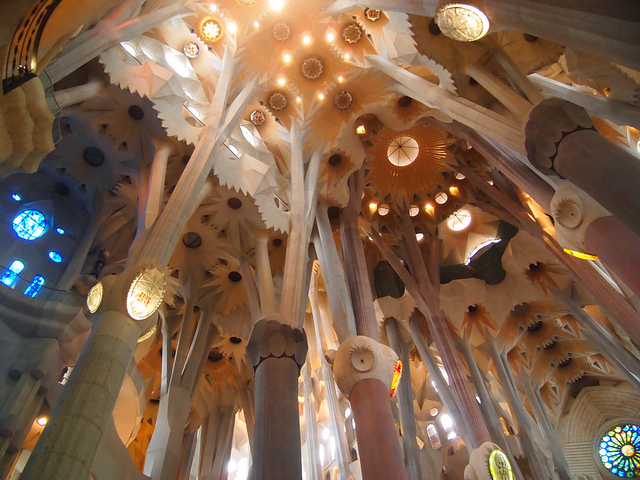 This giant temple is Barcelona’s number one most-visited tourist attraction. It’s been under construction since 1882 and isn’t estimated to be completed for another 30 to 80 years. Whether modern materials should be used in the construction of Sagrada Familia is a topic of hot debate in Spain as some feel that the man himself wouldn’t have used them. Gaudí played an active part in directing construction of the building until his death in 1926. 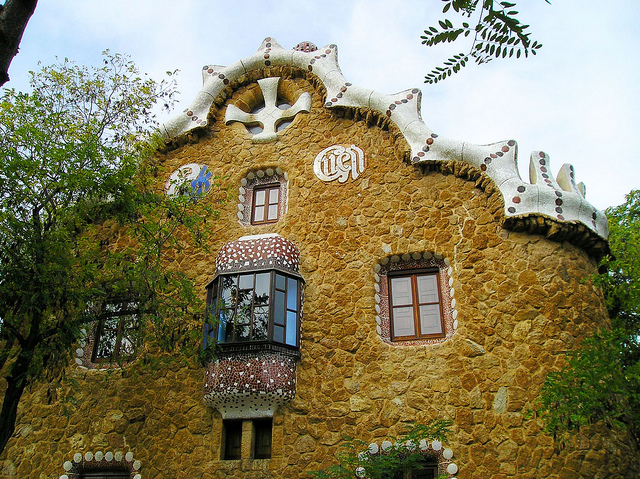 This park has amazing sculptures, buildings and tile work designed by Gaudí . Here you can see a walkway supported by twisting rock pillars that seem to be growing out of the ground like tree trunks. Although these are rather irregular in shape they do feel strangely natural too. Situated on a hill, Park Guell is also perfect for a view over the city and out to the bay. Entrance to the park itself is free but there is a small entrance fee if you wish to visit Gaudí’s house, which is in the grounds. 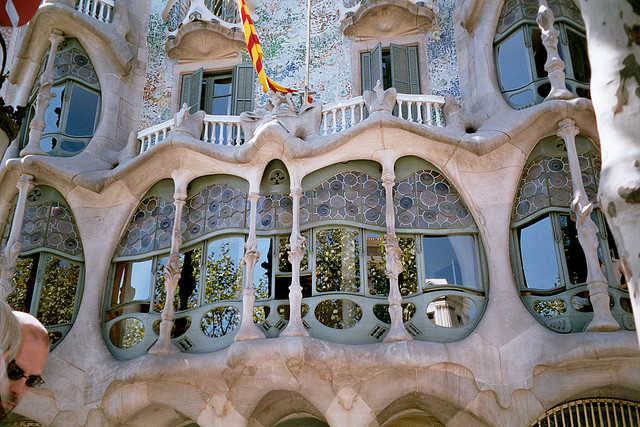 This is one of the most interesting houses in Barcelona. Gaudí used colours and shapes found in marine life as inspiration for his creativity in this building. For example, the colors chosen for the façade are those found in natural coral. As with much of Gaudi’s work, you will struggle to find a straight line anywhere. 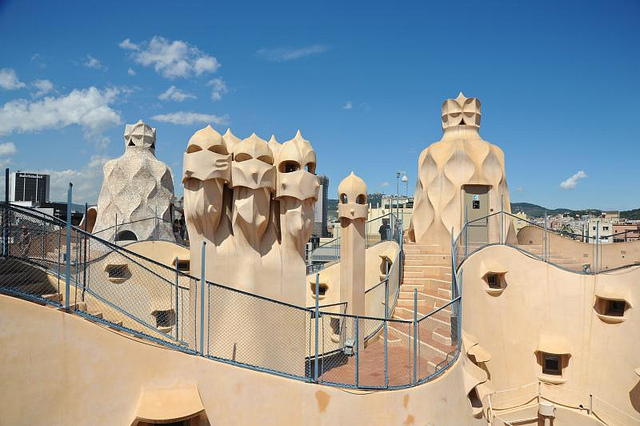 Gaudí’s “rock quarry”. You can buy advance tickets or wait in line for the main exhibition and access to the famous roof with its “forest of warriors” chimneys. The façade is built of limestone from nearby Vilafranca del Penedès, apart from the upper level, which is covered in white tiles, evoking a snowy mountain.

After visiting the city three times in the last year, how have I managed not to properly experience Gaudí’s Barcelona? Well, I took flamenco lessons for one, but honestly, I just didn’t make it a priority. I’m headed back to Europe in July, so I’m hoping to get to Barcelona. I vow on this next trip that I will experience Barcelona through Gaudí’s crazy eyes and see his most popular works on my summer holiday to Spain. Only then can I determine if think these buildings are gaudy or simply Gaudí.

Inside the House of Waterford Crystal (Part 3)