Obviously you know me as a travel writer, but what seems like many moons ago, I was a university athlete, high school basketball coach, and a ravenous sports fan. From American football to soccer and golf to tennis, much of my leisure time revolved around sports. Now, not so much, unless sports coincide with travel. Attending the summer Olympics, the Kentucky Derby in Louisville, the White Turf Races in St. Moritz, and the Palio in Siena, remain on my to-do list, along with playing golf at St. Andrews.

I’ve attended NCAA basketball Final Fours, several NBA and NFL playoff games, PGA tournaments, ATP tournaments, countless NCAA football games, and Eurocup soccer matches. I’m a believer that you don’t have to be a jock to enjoy watching live sports. Attending is not only a look into a destination’s culture and traditions, but sport often is the setting for a big ol’ party. Thus, here are four sporting events worth traveling for {even if you’re not a sports fan}.

Come the month of May, the eyes of the racing world are on Indianapolis. Since 1911, the Indianapolis Motor Speedway has played host to “The Greatest Spectacle in Racing,” otherwise known as the Indianapolis 500. On the last Sunday of the month, in conjunction with Memorial Day weekend, thirty-three of the best drivers compete for the Borg-Warner Trophy, one of the most coveted prizes in sports. Along with the trophy, the winner also wins part of the approximately $12,000,000 purse.

The size of the Indianapolis Motor Speedway is massive. Supposedly, Yankee Stadium, the Roman Colosseum, the Vatican and Churchill Downs all fit inside the track’s oval. The complex also has an 18-hole golf course, Hall of Fame Museum, twenty-six bridges, six tunnels and 220 acres of the grandstands.

The actual race is just part of what the Indianapolis 500 entails. The pageantry of the weekend is akin to Pasadena’s Rose Bowl, combined with the tradition of the Kentucky Derby and the party atmosphere of the Super Bowl. The Indy 500 is far from just a race, one to which television doesn’t do justice. From private boxes to tents, there are numerous ways to party at the Speedway. The inside of turn three is known as the Snake Pitt. The debauchery that takes place there is stuff of legends. Sponsored by Coors Light, this party within a party within a sporting event is not for the novice partier. Then there’s the VIP experience—police-escorted bus, golf carts, starting line access, and a private suite filled with plenty of race day food and alcoholic refreshments. Needless to say, you can guess which experience I enjoyed most at the Indy 500.

Lucky me, I was living in Rio de Janerio when Brazil was hosting the 2014 FIFA World Cup. Unlucky me, I didn’t actually attend a match. But what I did do is carouse with the hundreds of thousands of visitors from around the world on Ipanema and Copacabana Beaches.

The World Cup is more than a massive sports-themed party. It’s a connector. People from around the globe are brought together by their love of football and country–a rainbow of nations together hoisting beers and reliving the day’s matches. It’s not about politics, religion, or country borders. Between the enthusiasm, costumes, national pride, and alcohol, the fans might be the best thing about going to the World Cup.

If a more civilized sport is more your cup of tea, look no further than the Henley Royal Regatta. Held annually in Henley-on-Thames, England, this rowing competition began in 1839. During the five-day event, thousands of revelers line the Thames River to watch crew clubs and university teams row, row, row their boats.

Yes, this is a legendary and prestigious sporting tradition, but it’s also one of the UK’s social events of the season. Swanky tents require tickets, and Pimm’s and Champagne flow like the Thames. If you’re especially well connected, then Stewards’ Enclosure is where you’ll enjoy the festivities.

With a very strict dress code, men don colorful suits and ties, while ladies adorn their heads with giant hats or fascinators. Forget the short dresses; knees must be covered. Ignore these rules and you’ll be cast out among the commoners to drink at the Regatta Enclosure.

Alright, so Ducasse de Mons, otherwise known as the Doudou Festival, isn’t a sporting event, per se. BUT, I’d argue that’s its as taxing on the body as any marathon. Held in Mons, Belgium, this mega-party occurs on Trinity Sunday, about a month and a half after Easter. The madness began in the mid-1300s, and like so many things from the Middle Ages, this tradition came about because of a plague. You’ll have to read up on the entire history, but it involves the shrine of Waltrude, bones, Saint George, and a dragon. Though the Doudou Festival was {and still is} rooted in the Catholic religion, it’s morphed into a giant party. And when Belgians party, you know there is plenty of beer involved.

The main event is known as Lumeçon, which is a fight on the main square of Mons between good {Saint George} and evil {the dragon}. Thousands upon thousands of adrenaline and alcohol-filled people pour into the square to watch Saint George on horseback battle a 10-meter long dragon. The beast’s tail is made from horsehair and considered good luck to get a strand.

Stay with me here; it’s about to get really strange. Chinchins represent dogs and ‘protect’ Saint George and his horse. Meanwhile, the dragon is ‘protected’ by little devils armed with air-filled pig bladders on sticks. Symbolic and carefully choreographed, this battle goes on for an astonishing hour.

If carrying a dragon and swinging a pig’s bladder doesn’t sound sporty enough, just take a look at the crowd. Mostly shirtless, drunk men are smashed together like sardines, each trying to grab a piece of the dragon’s tail, as it swings over the crowd’s heads. Police are struggling to keep rambunctious revelers out of the arena. Meanwhile, the dragon is swirling, Saint George’s horse is pacing, and the little devils are smacking the Chinchins with swine innards. Honestly, it’s one of the strangest, yet most riveting events I’ve ever seen.

Win a Trip to Paris and Cologne

So, what exactly is the point of this post? Rail Europe, my favorite and only resource for European train tickets, and Thalys are giving away a trip for two to Paris, France and Cologne, Germany for the Ice Hockey World Championships held in May 2017. The winner and one lucky friend will receive this fabulous prize:

This awesome giveaway is only available for Canadian residents {excluding Quebec}. But don’t fret; share this opportunity with all of your Canadian friends, and make them bring you as their +1. That’s a heck of an idea, eh?

It’s super easy to enter. Just comment on this post telling me which sporting events are worth traveling for {even if you’re not a sports fan}. Tweet and like on Facebook for additional chances to win. The contest closes on Friday, March 24, 2017.

In addition, Rail Europe is offering $25 off bookings of Thalys tickets*** for both Canadians AND Americans. When checking out, use the promo code THALYSLEAH. Hurry, the offer is only good from March 7 through April 6, 2017. Bookings must total least $100 and be made on on www.raileurope.com or www.raileurope.ca.

Paris in the springtime is lovely. I hope to see you here. Bonne chance!

***The promo code THALYSLEAH is valid for $25 off Rail Europe bookings of Thalys tickets, with a minimum booking amount of $100. The promo code is valid for applicable bookings made from March 7, 2017 through 5:00pm ET on April 6, 2017. Offer is subject to availability and subject to change or extension without notice. No adjustments can be made on prior purchases. Promotional fares are non-exchangeable and non-refundable. This promo code cannot be combined with any other promo code on Rail Europe’s website. 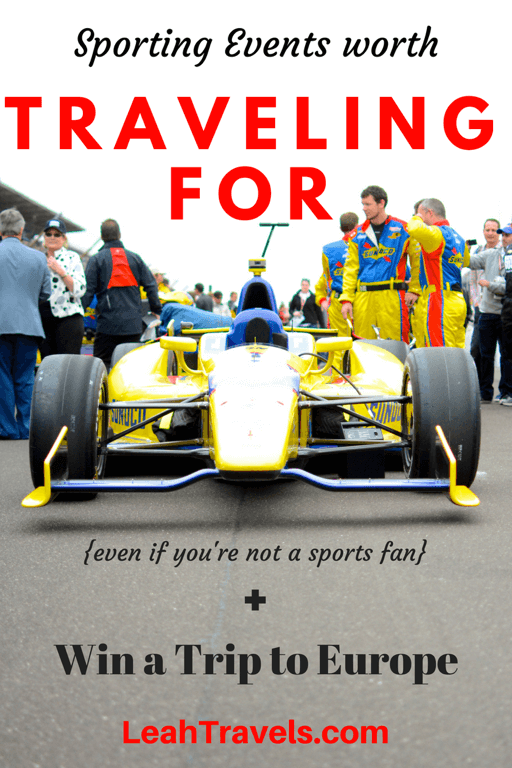 This post is courtesy of Rail Europe and Thalys. Also, there are affiliate links included, meaning I make a small commission if you make a purchase through my links. It costs you nothing more, but helps keep me stocked in French wine {and a roof over my head}.

5 European Cities to Visit during the Fall