Ahhhh, London. It’s one of my favorite cities in the world. There’s so much to see and do that a lifetime there might not suffice. While iconic sights such as Big Ben, Buckingham Palace, and Westminster Abbey never get old, why not shake things up a bit and try something different? I recently spent 48 hours in London with a goal of experiencing the city in a way I never have before, yet still keeping some traditional English elements. 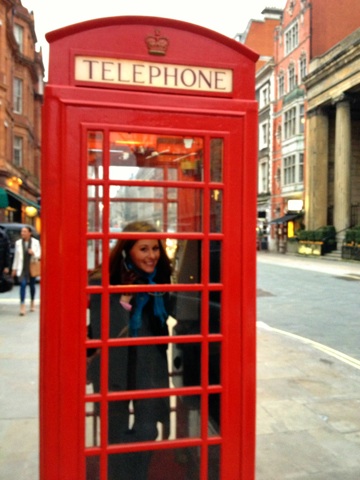 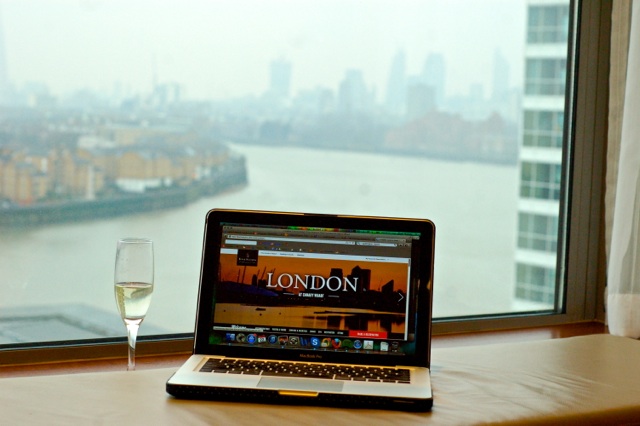 It’s no secret that I’ve never met a Four Seasons that I didn’t love. I’ve also made it abundantly clear that Park Lane could possibly be my favorite hotel EVER, but my goal was to mix things up this trip. While still sticking with the Four Seasons brand, I paid Canary Wharf a visit. While not the typical tourist destination, the Canary Wharf area is one of two major financial districts in London. Headquarters to many of Europe and the world’s major corporations, Canary Wharf is quite the hub of activity on the weekdays. But on the weekends, the 100,000 people who work in the skyscrapers are gone and it’s as if you have London to yourself. I found that to be an incredible feeling.

Located on the Thames River with views of the city, Canary Wharf is ten stories of Four Seasons fabulousness. With its open, modern and sleek lobby, guests get an immediate impression of luxury. Plush chairs scattered throughout provide the perfect place to relax with a morning coffee and paper. The giant wall of windows offers superb views of the beautiful gardens. If the weather is nice, the patio is an inviting place for an afternoon Pimm’s. Canary Wharf quite possibly has one of the most beautiful indoor pools in existence. Enclosed in glass along the banks of the Thames River, this 65-foot, infinity-edge pool is a sight to behold. 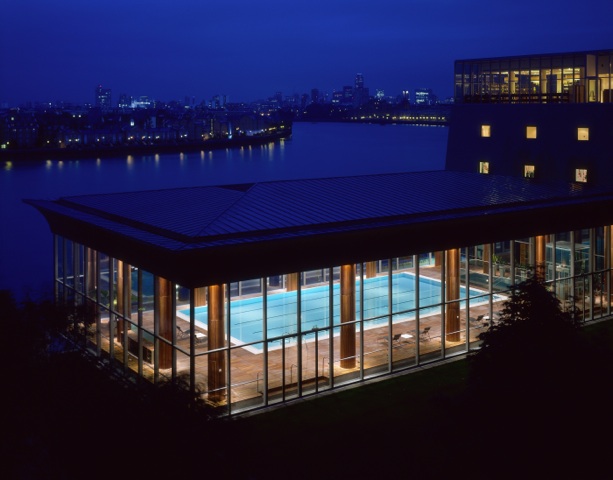 When in London, most dream of being treated like Queen Elizabeth. I’m certainly no exception. Being spoiled by Four Seasons is something that all guests can expect, but Canary Wharf went one step further by putting me in room 712. And what’s so special about room 712? That, my friends, is the Presidential Suite, and also starred in the James Bond film, Skyfall. Although I didn’t ask the hotel staff to refer to me as Madam President or 007, I was certainly tempted. After all, how often does someone not from the House of Windsor get to have such an experience? 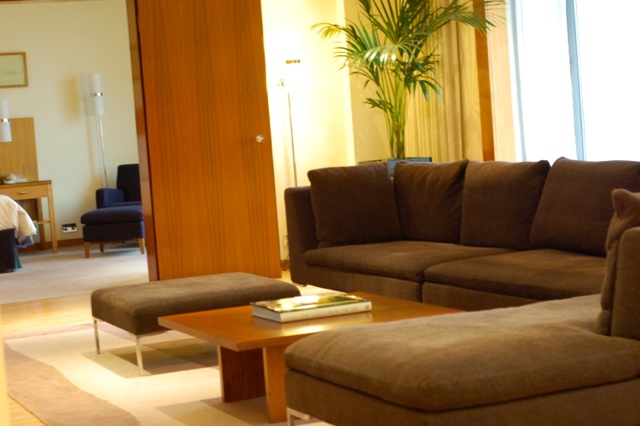 Saying that the Presidential Suite is huge would be an understatement, and the full wall of windows with a view overlooking the pool, Thames River, and the city only add to its massive appearance. With a dining room that seats eight and a butler’s kitchen that includes a stovetop, microwave, refrigerator, sink, and Nespresso machine, the suite can easily be used for a dinner gathering. A large, chocolate sectional sofa dominates the living room and includes built-in shelves containing a TV and Bose entertainment system. 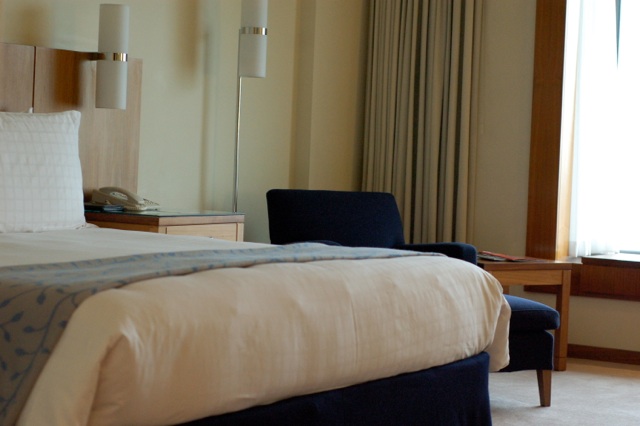 Through the living room’s double doors lies the ultra-comfortable bedroom. The king-sized bed is draped in a down comforter and pillows. Controls for the lights and curtains are at perfectly situated above the nightstands. The massive and luxurious bathroom has everything and more that one could want. Double vanities, a full tub, private toilet, and separate shower added to the L’Occetaine toiletries help make this bathroom divine. And I mustn’t forget the closet. Just like everything else in the Presidential Suite, it is oversized and certainly something I’d love to have in my own home. 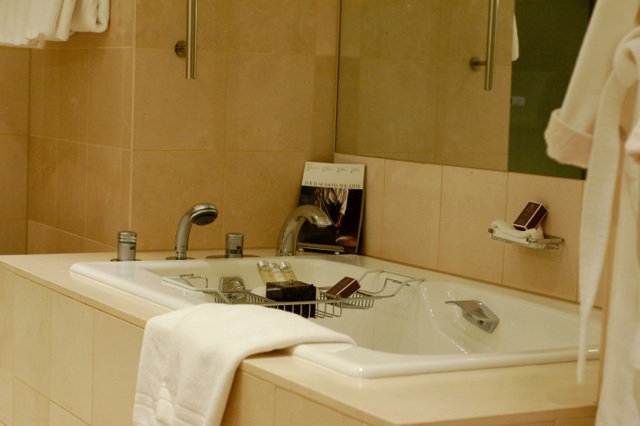 As with every Four Seasons property I’ve stayed in, Canary Wharf has paid attention to every single detail with none being too small. And for me, the lemon tart delivered with the turndown service is simply icing on the Presidential cake.

A trip to London isn’t complete without a stop at a chippery for some fish and chips. I often find myself eating this typically English dish at least once a day, but for these 48 hours I vowed not to so much as consider ordering my old standby. 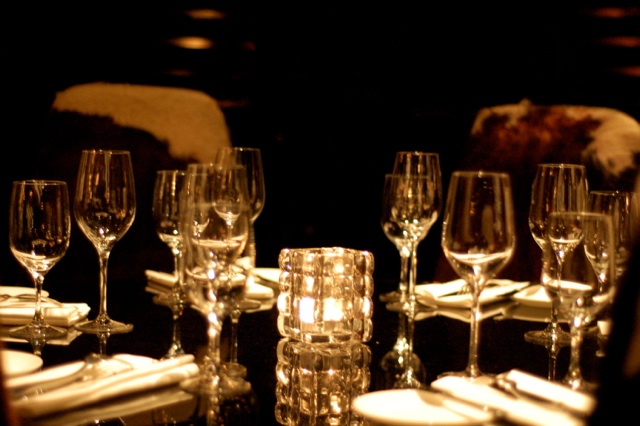 I’m not sure what got into me, but I was desperate for a good steak, so I hit the tube from Canary Wharf for a night in central London. Being from Texas, the mere idea of dining on beef in London is borderline blasphemy. Enter Gaucho near Piccadilly Circus. Contrary to the belief of many Texans, we are not the only place that can grill a great piece of meat. There’s this place in South America called Argentina that’s pretty famous for their steaks, and that’s where Gaucho gets all of their beef. Only grass-fed, free-range beef makes the cut here. A 35-day wet aging process makes their steaks moist and tender. 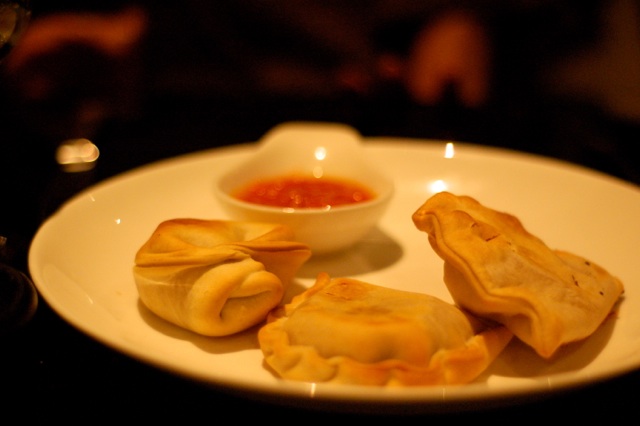 Every bite was delicious, but the steak was extraordinary. Normally I ask for sauce, but none was required as the flavor and tenderness was perfection. That’s really saying something coming from a Texan. Somehow I managed to make it out of Gaucho without dessert. I’m not sure how that happened, but I’ll simply have to return. 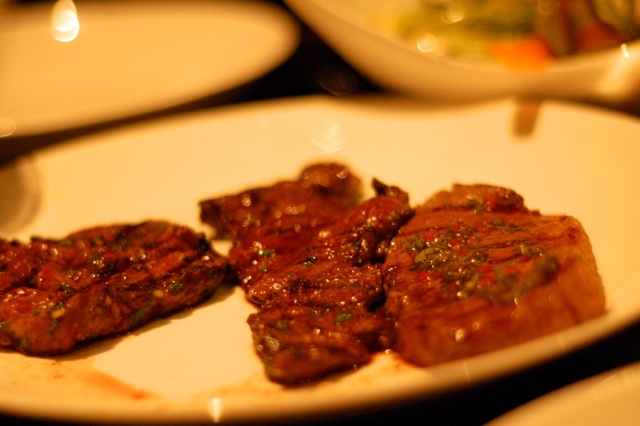 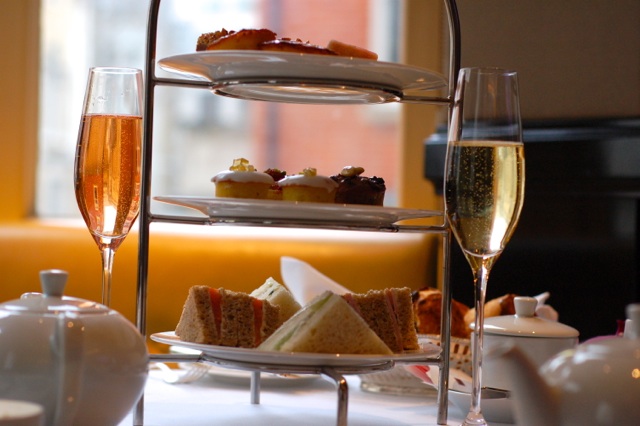 Indulging in afternoon tea in London is as traditional as it comes for visitors and locals alike. Instead of settling on just any run-of-the-mill afternoon tea, why not have one prepared by a Michelin-stared chef? That’s exactly what you’ll get at William’s Bar and Bistro in St. James’s Hotel and Club. In this sophisticated, yet relaxed, environment, patrons nosh on goodies created by executive chef, William Drabble. 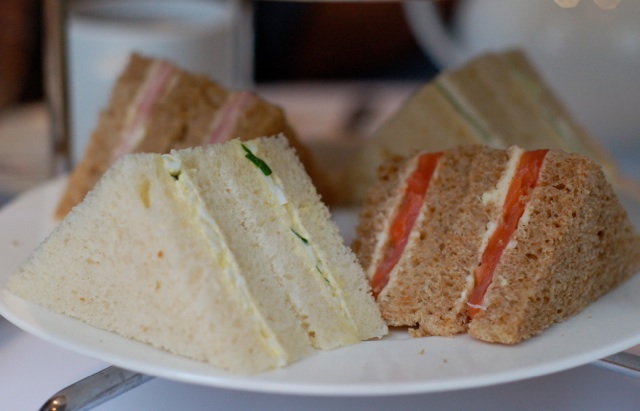 Choose from a variety of Jing Teas such as Earl Grey, lychee red black, and organic bohea lapsang, as well as Drury coffees. For the ultimate addition, add a glass of rose or brut Champagne. Made with seasonal ingredients, three tiers of beautiful bites are delivered to the table and include ham, salmon and egg mayonnaise sandwiches. 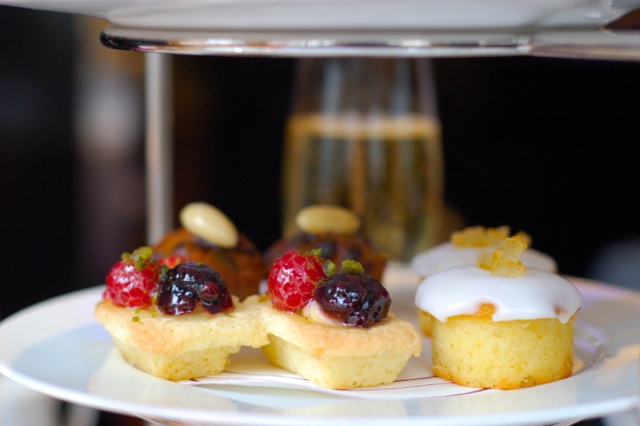 Battenberg, chocolate, almond and apple cakes, raspberry financiers, and hazelnut tarts are as beautiful as they are tasty. And an afternoon tea wouldn’t be complete without a basket of homemade scones served with homemade strawberry preserve and clotted cream. What’s more, chef Drabble offers a gluten-free afternoon tea option if you’re so inclined. 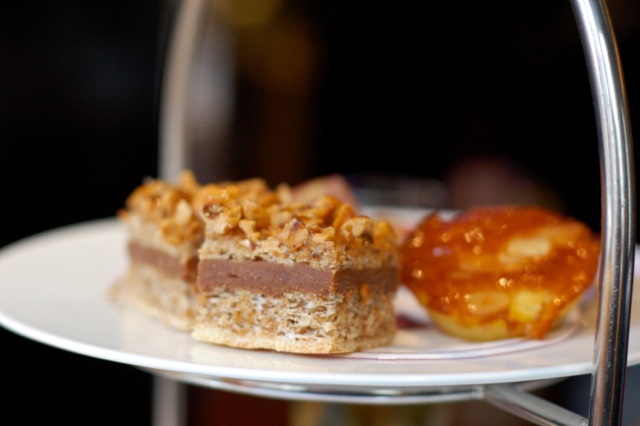 Afternoon tea at St. James’s is an indulgent way to take a mid-day break from exploring London, and a glass of Champagne makes it down-right decadent. 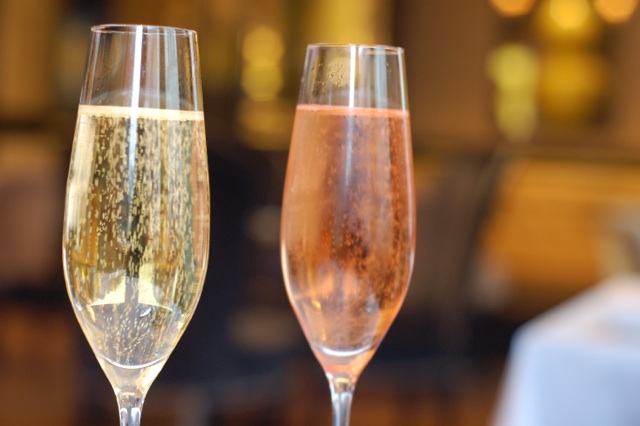 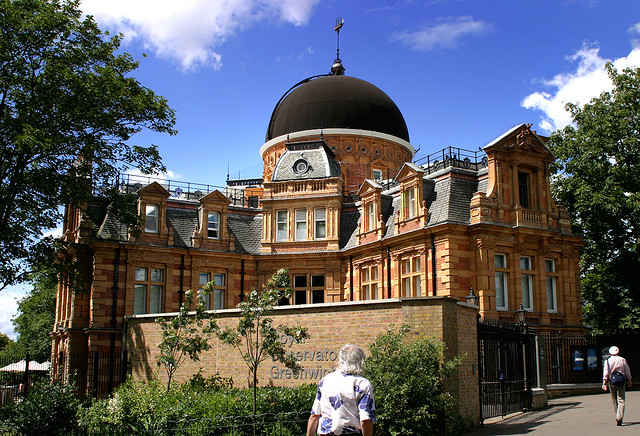 There’s no doubt that London is filled with fabulous museums, including the Tate Modern, Victoria & Albert, and the British. But how about visiting the home of Greenwich Mean Time, the Prime Meridian of the World? You can do just that at the Royal Observatory Greenwich. This museum is also London’s only planetarium and is home to the UK’s largest refracting telescope.

There’s a reason why there are so many iconic hotels, restaurants, theaters, museums, and shopping districts throughout London. It’s because they’re great. But by only looking at the most popular, you miss out on a lot of great finds. The next time you’re in London, or any other great tourist city, try to do something off the beaten path. You never know what you might discover.

I was an invited guest of the Four Seasons Canary Wharf, Gaucho, and the St. James’s Hotel and Club. In no way was I swayed by perfect pastries, succulent steaks, or presidential pampering. As always, opinions are my own.

The Best Ice Cream in the Country