So close, yet so far. Those words sum up London for me. Simply a three-hour train across the English Channel, there’s no good reason why I’ve not visited England’s capital in the two years since moving to Paris. Dynamic and diverse, London is truly a great city, and one I’ve not sufficiently explored.

I’ve traveled to London on a handful of occasions, but it was the first time in 2008 that still holds a special place in my heart. Not only was this my first time to Europe, but I was also with my mother, a special memory, indeed. Thus, when Marriott invited me to the relaunch party for their County Hall property, as well as to one of their exclusive TED Talks, I saw it as the perfect opportunity to revisit Britain’s capital.

Honestly, I can’t imagine a better location than the Marriott County Hall. Sitting on the South Bank of the Thames River, views from the hotel include some of London’s most iconic and Instagramable sights: the London Eye, Big Ben, Westminster Bridge, and Westminster Abbey. In a city where traffic moves at a snail’s pace, having such tourist destinations a stone’s throw from my hotel was a supreme bonus. Within fifteen minutes on foot, I also explored St. James’s Park and watched the changing of the guards at Buckingham Palace.

However, not everything of interest is on the Thames’ North Bank; the city’s South Bank is having a revival, much of which was spearheaded by the instillation of the London Eye in 2000, currently the world’s largest observation wheel. Once the home of brothels, risqué theaters, and cockfights, the South Bank has come a long way. Construction of luxurious high rises and multi-use buildings like the Shell Centre and Oxo Warehouse are taking a once-neglected part of the city and giving it new life.

From the Marriott County Hall, walk east about thirty minutes along the bank of the river. Keep a look out for the Leake Street Tunnel near Waterloo Station. It’s the only place in London where graffiti artists can legally paint. Step into The Wharf Restaurant, an enclave of independent boutiques and cafes on the riverside. A bit further is a skate park, which was almost destroyed, but saved by locals.

Make a point to stop at the Tate Modern. Like many of London’s museums, it’s free. Don’t forget to check out the 360-degree view from the recently opened Switch House at the Tate Modern. Last but not least, watch a show at the National Theatre or Shakespeare’s Globe, a reconstructed version of the Bard’s historic theater. In fact, London’s only remaining thatch roof is found at the Globe.

More than just an ideal location, the Marriott County Hall is also a splendid hotel. It’s been years since I’ve stayed in a Marriott and was honestly expecting something cookie cutter. Much to my pleasure, that’s not at all what I found. I love a hotel with character and a story, whether it’s a boutique hotel, a bed and breakfast, or a large chain hotel. Apply named, Marriott County Hall was once the home to the government offices of the London County Council, as well as the Greater London Council. Thanks to the centralization of government to Westminster by former Prime Minister Margaret Thatcher, the offices remained vacant for many years. In addition to being a government seat, the building also housed the Penguin publishing company. As an ode to the storied publisher, walls near the elevator are covered with classic book covers from Penguin. It’s historical nods like this one that leave a lasting impression.

Decorated with a palate of black, white, grey and pops of orange, my room was spacious, especially by city standards. A connoisseur of marble bathrooms, this was a really good one, with its massive shower, white subway tiles, and London map wallpaper. Crisp, white linens made the king sized bed even more inviting, while the tangerine-colored velvet chair begged to be sat in. As pretty as the view was on the inside, it couldn’t be rivaled by what laid just outside of my window. The pods from the London Eye passed slowly by, while I could keep track of the time with Big Ben.

There’s also plenty to explore inside of County Hall. Book an executive room or suite and enjoy the unbeatable views from the newly refurbished Executive Suite. Indulge in the classic tradition of afternoon tea in the Library Lounge. Opened in 1922 by King George V and Queen Mary, the historic room is lined with the original oak bookcases, with busts of Shakespeare, Milton, and Plato as décor. At one end of the library is a fireplace, which creates a warm and cozy ambiance. At £41 per person for a feast of sweet and savory bites, as well as free-flowing Champagne, this afternoon tea is a bargain at twice the price. For a more hearty fare, dive into a slab of prime Angus at Gillray’s Steakhouse & Bar. A classic steakhouse with picturesque views of the Thames and London Eye, Gillray’s also boasts more than 100 kinds of gin.

Once marshlands, industrial ports, and a place to indulge in debauchery, London’s South Bank is evolving into a destination for locals and tourists alike. On trend is the Marriott County Hall, an ideal jumping off point for exploring this up-and-coming area, as well as London’s iconic sites that sit just across the Thames. 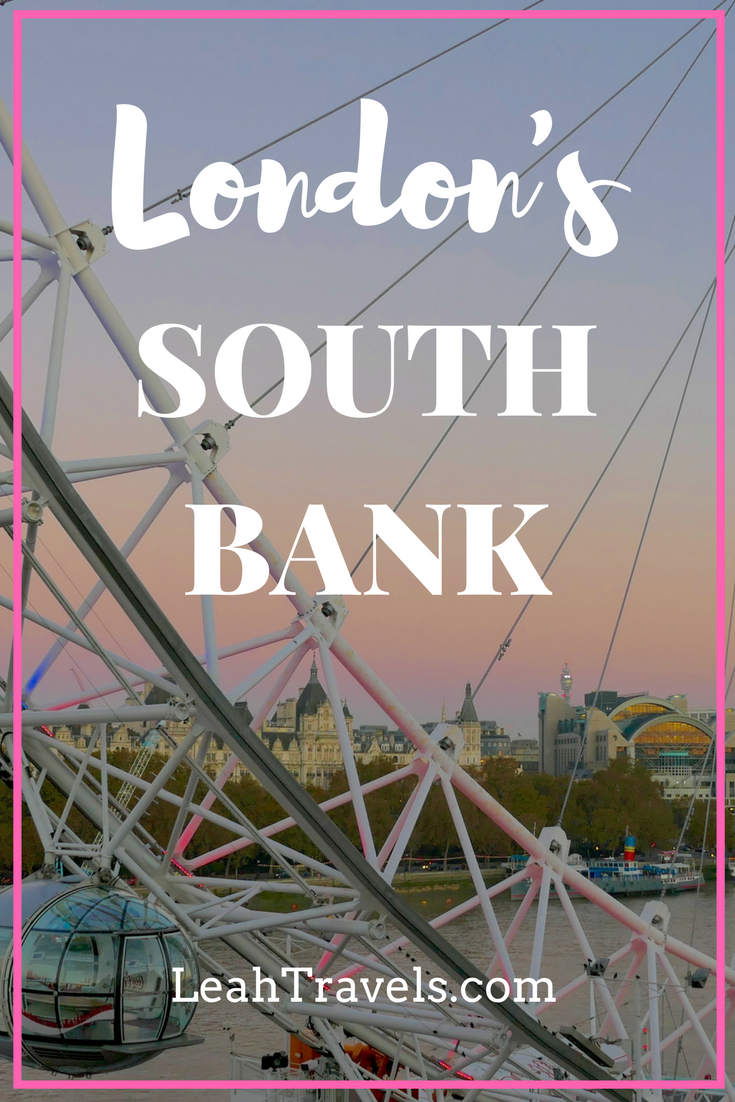 I was a guest of the London Marriott County Hall, but in no way was my opinion swayed by the awesome relaunch party, the comfortable pillow top mattress, or the inspiring TED Talk. As always, opinions are mine.

Lastly, I’m Going with Oh to…