I guess you’d say that Fort Davis, Texas is my adopted hometown. I first visited the small, West Texas town when I was eight, but have been back countless other times. It’s a visually-spectacular place filled with special people. The trendy place is Marfa, a thirty minute drive to the southwest. But Fort Davis is like the little black dress of towns…always in style. 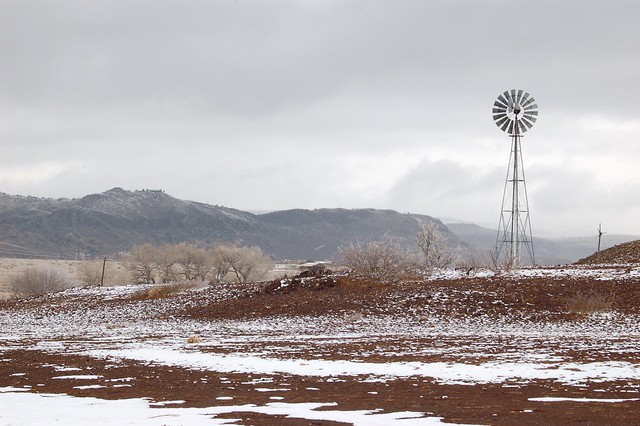 In all of my visits to Fort Davis, I’d never actually been to Fort Davis, the military post that gave the town its name. Sure, I’d driven by it a million times. It’s just off the main road through town, how could I not? I’d been to the McDonald’s Observatory and the Davis Mountains State Park, driven the Scenic Loop, and explored the Chihuahuan Desert Nature Center, but for some reason the fort was elusive to me. I vowed to change this on my Christmas trip. 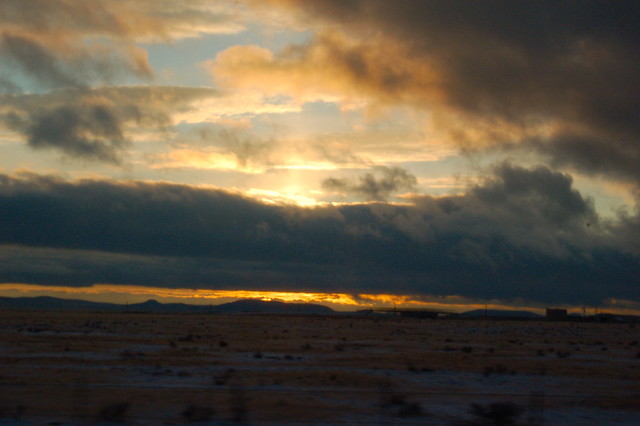 It’s cold in Fort Davis during the winter, and the winds make it feel much colder. Located somewhat between Midland and El Paso, Fort Davis sits at an elevation of 5,050 feet, which is the highest in Texas. (For reference, Denver sits at 5,280 feet.) I was prepared for the cold, but I wasn’t expecting the snow and ice. My time was limited in West Texas, so I braved the weather on Christmas Eve and was rewarded with a blanket of snow and the fort to myself. 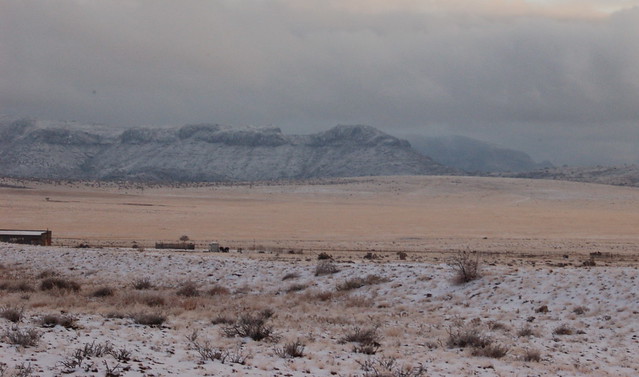 Fort Davis has a storied and legend-filled past complete with tales of cowboys and Indians, Confederate troops, and the United States Cavalry. A key post in the development of the Western frontier, Fort Davis has served many uses over the years, and is now recognized as one of the finest examples of a military post in the Southwest. 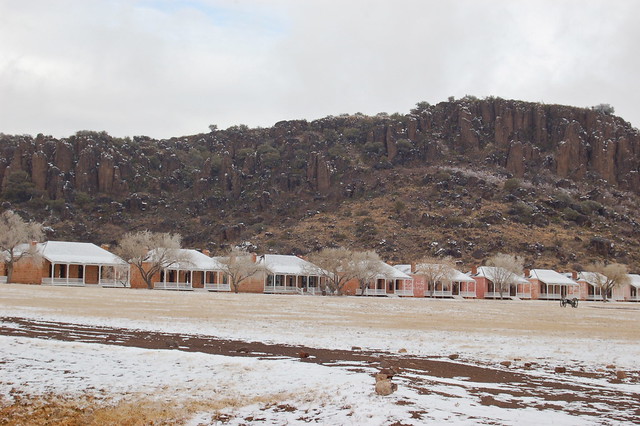 From its opening in 1854 to the early 1890s, the troops’ responsibilities were to protect mail coaches, freight, and travelers along the San Antonio-El Paso Road. They also spent that time dealing with threat of Comanches, Kiowas, and Apaches. 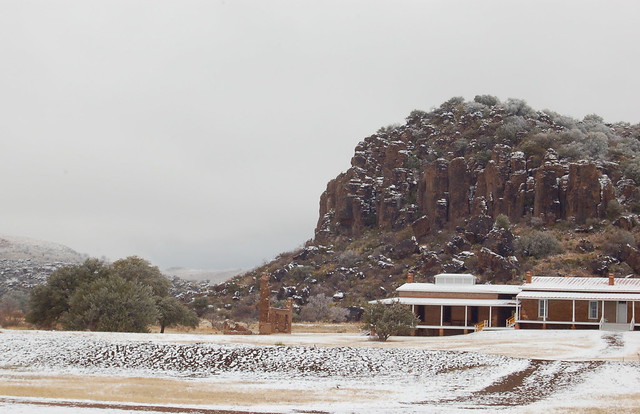 When Texas seceded from the Union during the Civil War, Confederate troops took over Fort Davis for about a year until the Union regained it in 1862. After the fort was seized, the Union abandoned it where it remained deserted for the next five years. 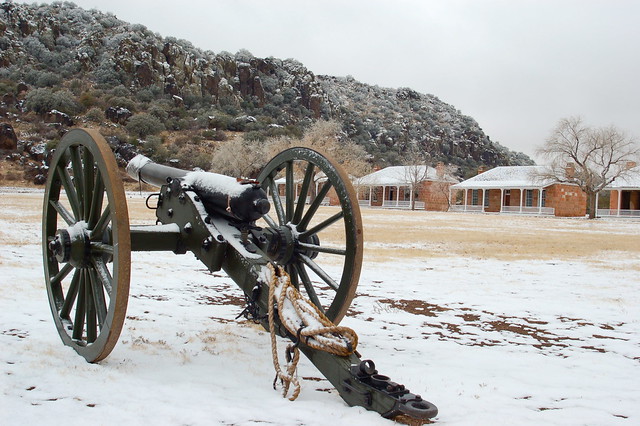 In 1867, the Ninth U.S. Calvary reoccupied the fort and started constructing various structures. By the time the majority of the building was completed in the 1880s, there were over 100 buildings and room for more than 400 soldiers, including Buffalo Soldiers. Regiments of Buffalo Soldiers served at Fort Davis alongside white soldiers from 1867 to 1885. 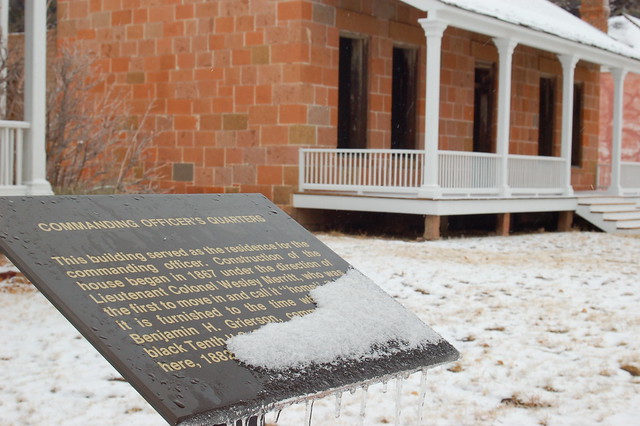 In 1880, Fort Davis troops pushed the Apaches into Mexico, which was the final military action involving the fort. The Apaches were killed by Mexican soldiers and the Indian wars in West Texas were over. With the threat of Indians gone, Fort Davis no longer served an essential purpose and was abandoned in 1891. 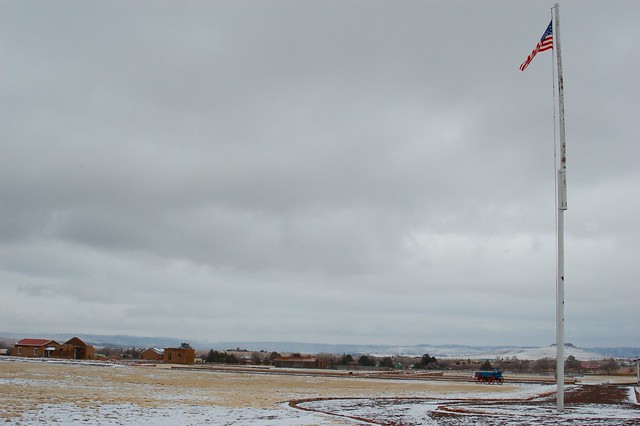 Wealthy Houston lawyer, David Simmons, bought the fort property in 1946. He wanted to turn it into a resort, but died in 1951, never seeing his plan to fruition. In 1961, seventy years after it was last abandoned by the government, Fort Davis was named a national historic site and part of the National Park Service. 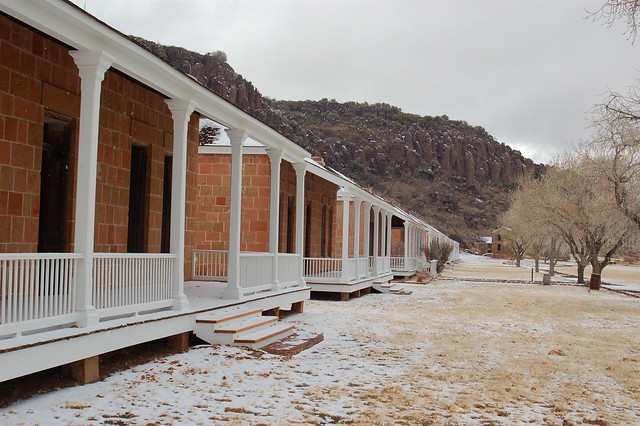 By going on Christmas Eve, I missed most of what the fort has to offer. And despite my multiple layers that included seriously-thick gloves, I couldn’t stand to be outside long enough to explore the ruins, furnished buildings, or hike the trails that connect to the adjacent Davis Mountain State Park. 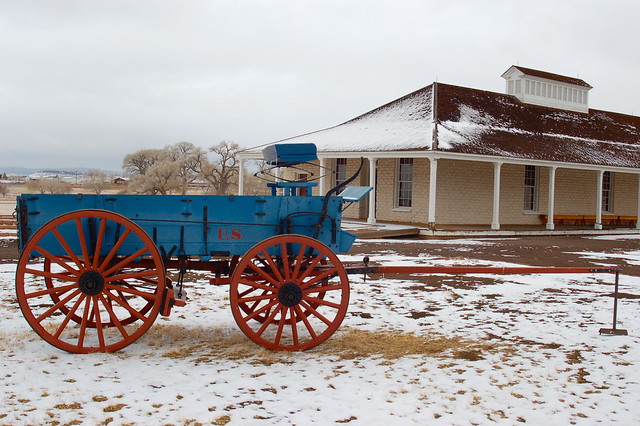 As I looked back at the lone set of footprints in the snow, I imagined all the Christmases spent here by soldiers. I thought of what life must have been like for the Indians, ranchers, emigrants, and thousands of others that lived in or passed through Fort Davis. The quiet town that feels like my second home once stood guard protecting the West. I hate that it took me so long to visit the fort. I suppose some of the best things can be found right under your nose. 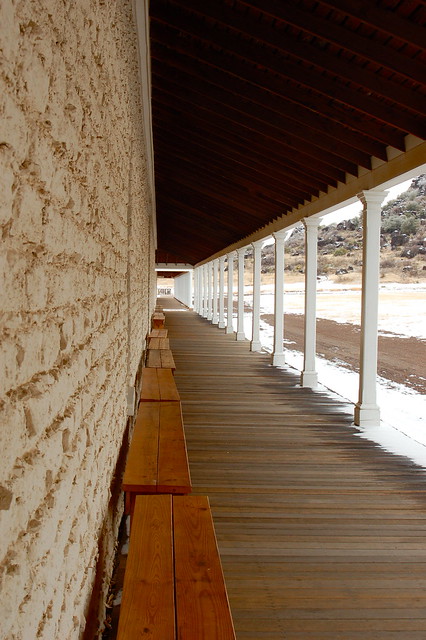