It’s been a few years since I published the controversial article, “I Hate Cruises.” Since that time, I’ve been invited on several ocean cruises, all of which I’ve turned down. However, I did vow to give cruising another shot. In November, Viking River Cruises invited me aboard one of their long boats for the Portraits of Southern France cruise. I admit that the idea of seeing parts of the country I’ve never visited was incentive enough to agree. So, disregarding my love affair with all things French, what did I think of my first ever river cruise. 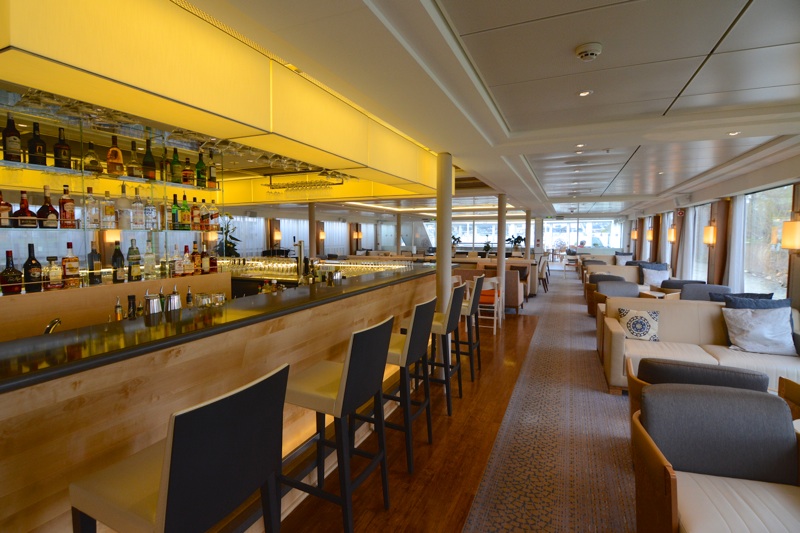 I was on the Delling, which is one of Viking’s newest boats and the aesthetics reflected that fact. The common areas were comfortable, welcoming, and always tidy. Little nooks were found throughout the boat for reading, or in my case, writing. I certainly didn’t miss having a pool or spa on board, instead taking advantage of the library, which contained a diverse selection of books reflecting the ship’s route. The dining areas were practical and neutral in design, allowing the scenery outside the massive windows to play the staring role. 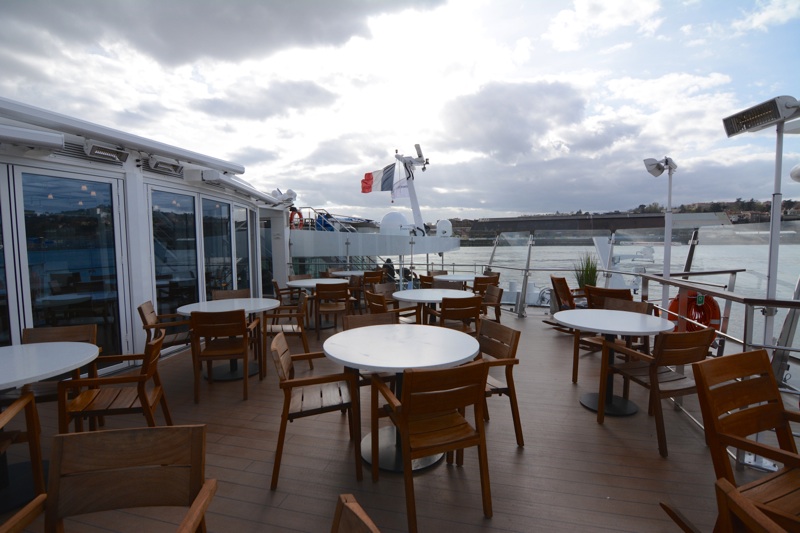 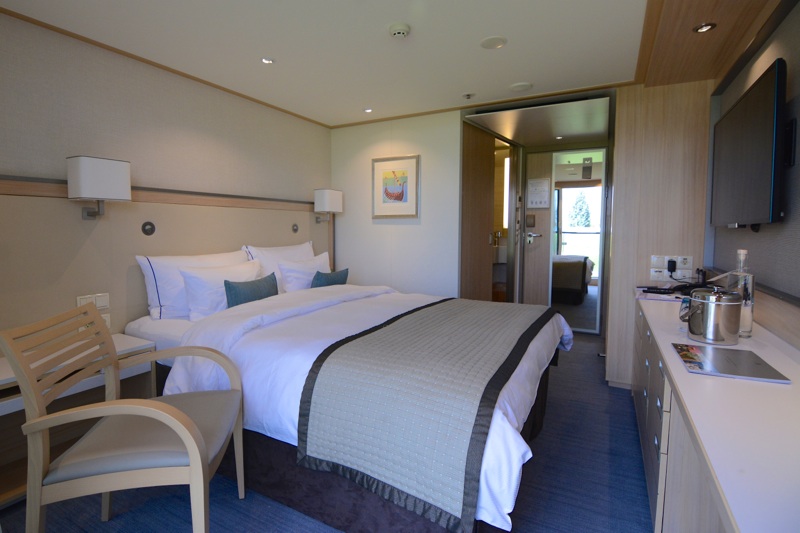 My room was on the third floor with a terrace. I appreciated the efficient use of space, as I had a standard-size room. I’m not quite sure how close the quarters would feel with another person, but alone, I was comfortable. The bathroom was especially well organized, which is always a concern of mine. There’s nothing worse than having to contort one’s body just to get clean. I’d equate my accommodation to that of a four-star European standard hotel room. There was nothing extraordinary about it, but there also was absolutely nothing wrong with it either. 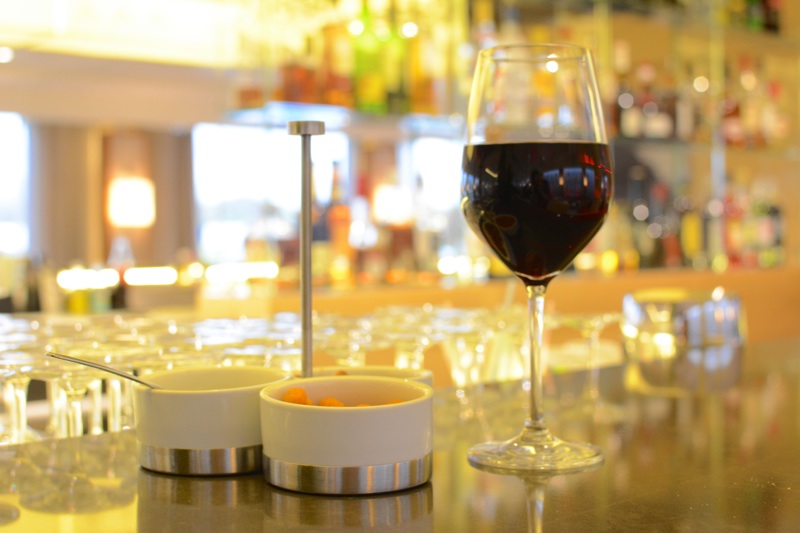 I found the staff to be nothing short of exceptional. Names, faces, and preferences were remembered by day two, which is always a lovely touch. The bar and lounge staff deserve special kudos, as they went above and beyond to make me happy. Personable and accommodating, they were the utmost professionals. I’d be remiss if I didn’t mention the program director, hotel manager, executive chef, cabin steward, and concierge. I imagine that keeping a high level of enthusiasm, in addition to performing job duties week after week, is exhausting, but they, along with their team, did just that. 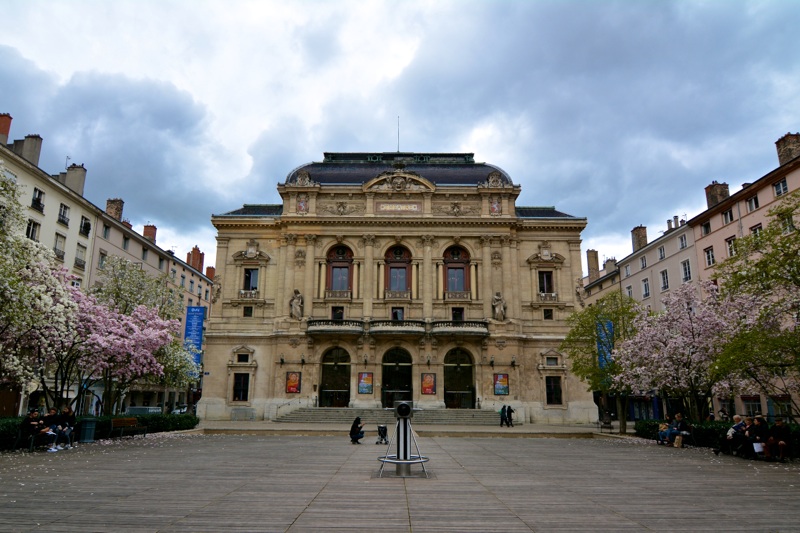 As an independent traveler, I am not a fan of group tours and despise the masses following around a flag. Being swarmed like locusts by a pack of people trying to keep up with their shouting guide sends me into a tizzy. 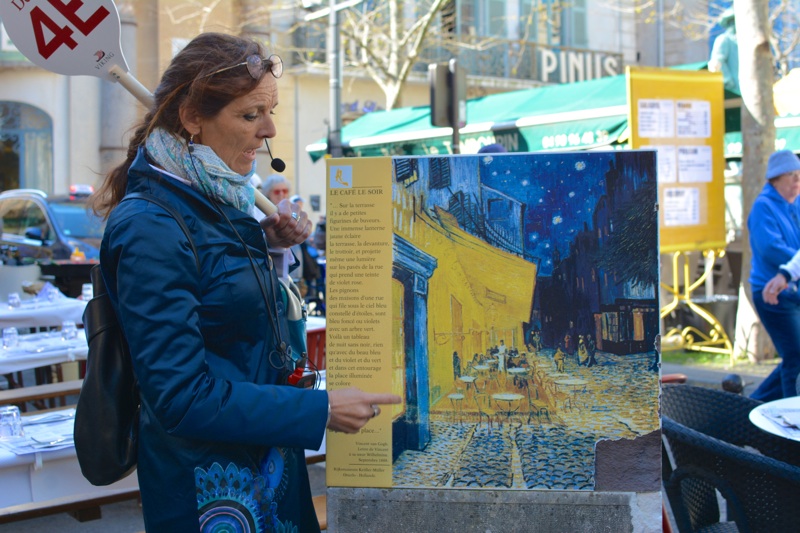 With that being said, I found the group excursions good. Because of the Quietvox that piped the guide’s voice into my ear, I didn’t miss a thing, but could also wander around and explore on my own without being glued to the group. As long as I could hear the voice in my ear, I knew I wouldn’t get lost or left. What did annoy me is that groups from other boats were also competing to see the same sights. There’s nothing Viking can do about that, but if I were on my own, I would avoid that situation like the plague. 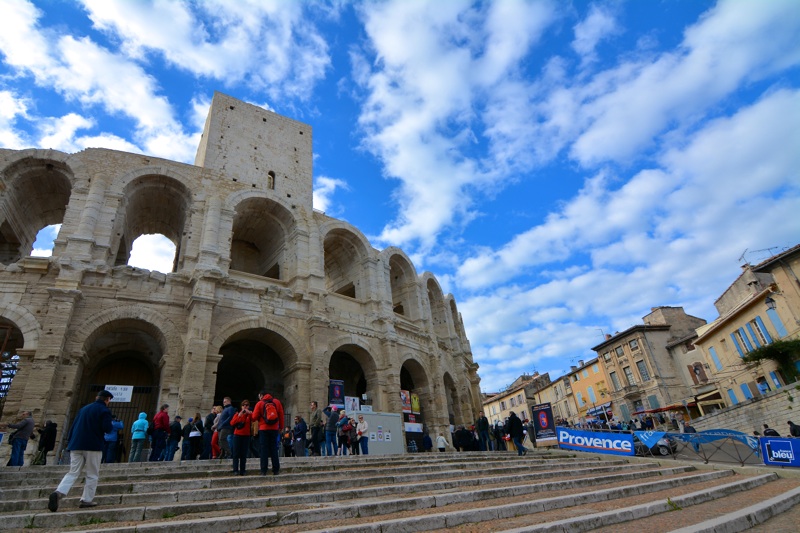 In each of the excursions, I feel like I got a Cliff’s Notes version of the history and culture. I was given a good introduction to places I’ve never been. And for a few of the places, it was all I needed, but for others, it fueled my fire to return on my own. All of the guides were local and knowledgeable, answering any question I had. My only complaint would be that I feel Viking needs to create an active group for the excursions. There is a leisurely group, but nothing for those wanting to do more than the average passenger. 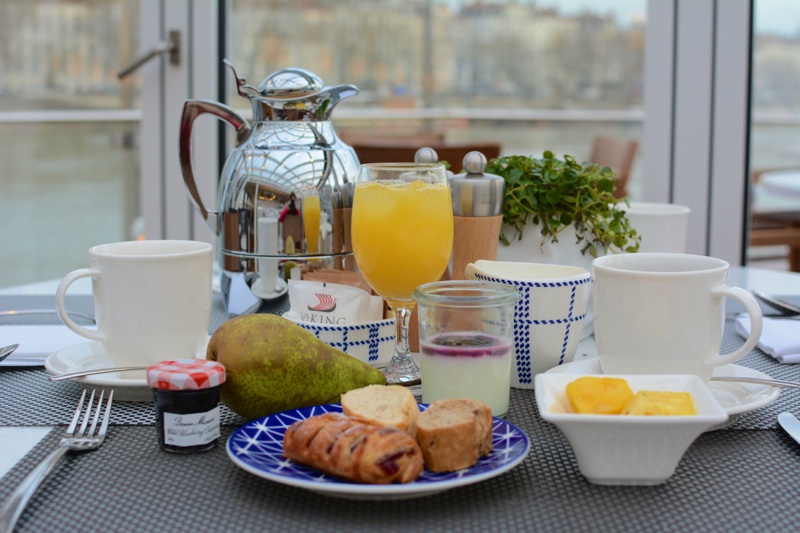 With two restaurants serving approximately 150 passengers three meals per day, I thought the food was fine. There was much thought put into matching the meals in the dining room with the region we were traveling through, along with French traditional dishes such as escargot and frog legs. I can certainly appreciate that, though it was not gourmet by any means. The dinner bar/lounge menu was full of American staples such as a burger and chef salad, along with quesadillas and shrimp pasta. 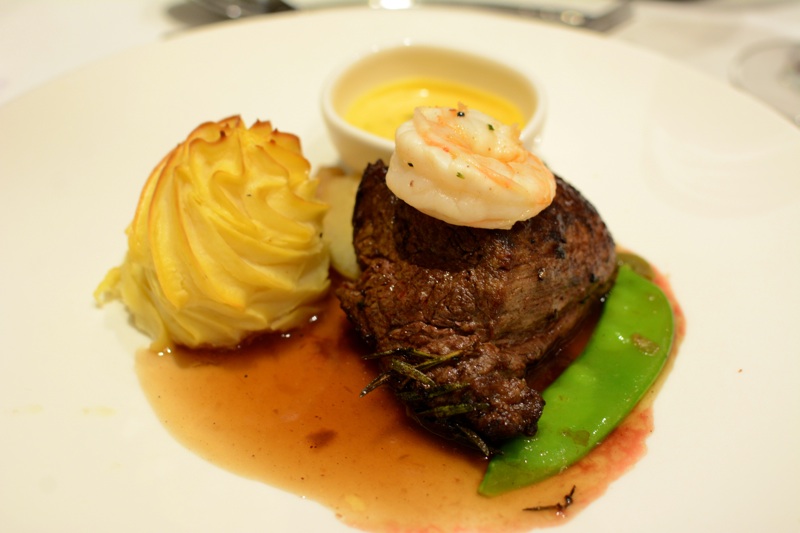 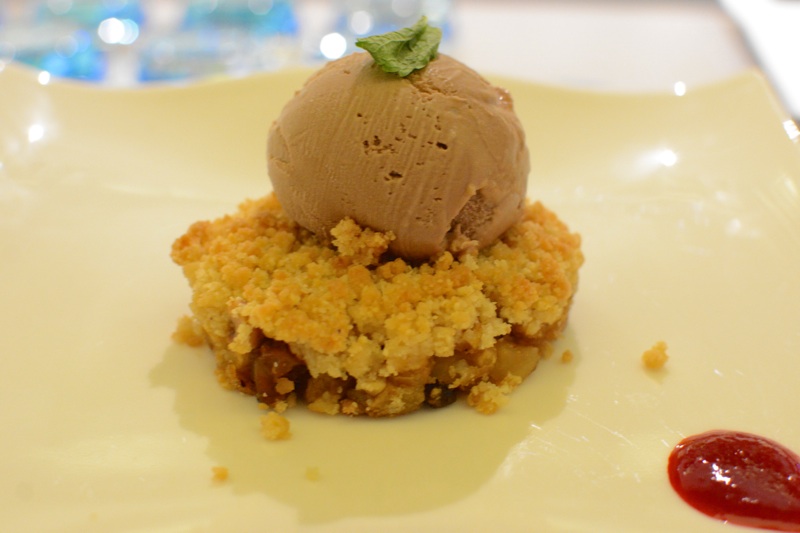 I feel that the food overall was geared toward the American palate, which were the majority of passengers on board. I don’t think the food showcased the outstanding beauty of French cuisine, but I understand that the chef must prepare meals that will appeal to a large group, rather than each individual. Given the volume of passengers and number of meals, I was good with the food. I don’t think it would please an epicure, but was a nice introduction to those who haven’t experienced French cuisine. 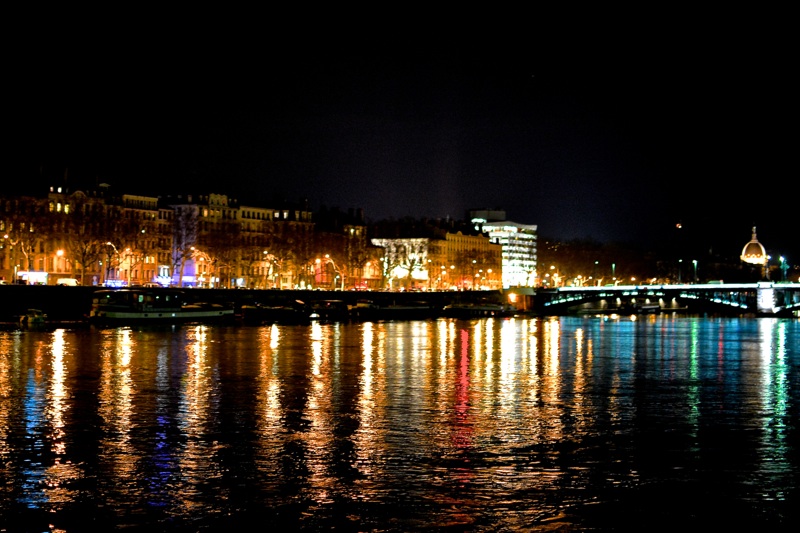 It’s safe to say that I prefer this river cruise to the ocean cruises I’ve taken. The intimacy of the ship is no doubt one of the main reasons. I simply don’t enjoy being herded like cattle in and out of ports. The Viking River Cruise allowed a bit more leisurely time on my own. Since the rivers run through the middle of the cities, it’s convenient to get on and off the boat, exploring by foot. 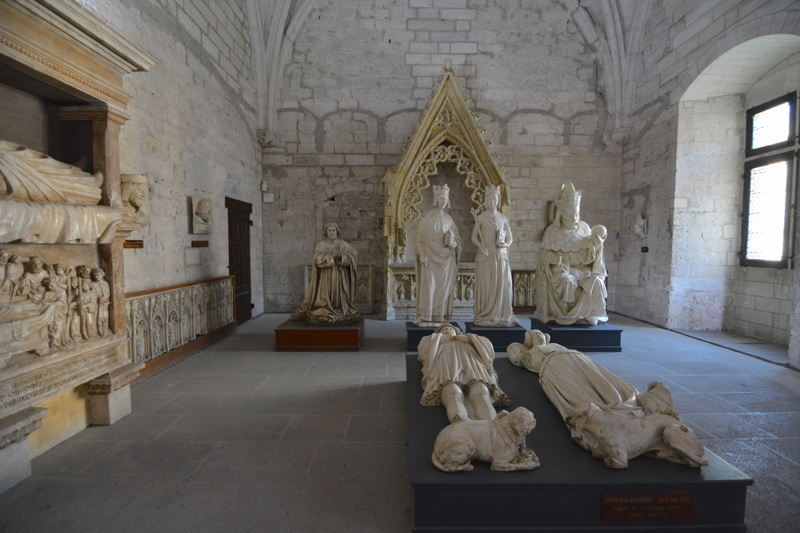 I think a Viking Cruise is good for couples, friends, or a multi-generational trip. There were only a few singles on board, including me. I didn’t find being alone the least bit an issue, but I’m outgoing and thus met many fun and friendly people during the week. I can see how taking a cruise alone could give anxiety for those who are a bit shy, however. 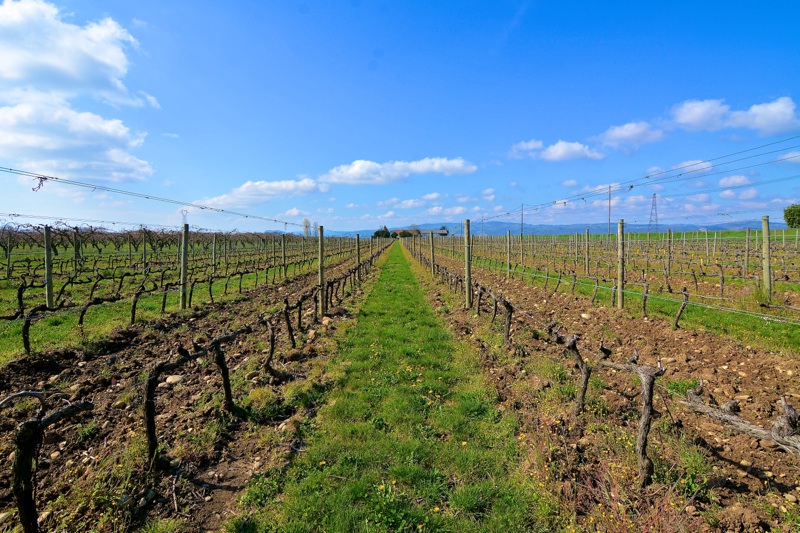 I’d go on another Viking River Cruise and recommend it to those who want their travel to be as simple as possible. As a hotel hopper, being able to unpack and make myself at ‘home’ was a huge bonus. Viking really does take care of everything and thinks two steps ahead. I quite enjoyed not having to research transportation, restaurants, sites, or tours. It was a nice change of pace for this control freak. Overall, I enjoyed my week on the Viking Delling and am happy to have given cruising another chance.

I was a guest of Viking River Cruises, but in no way was my favor influenced by the endless wine at dinner, the picturesque French countryside, or the worry-free week aboard their ship. As always, opinions are mine.

Toronto’s St. Lawrence Market: A Feast for Foodies and Historians