Within my first five hours in New Zealand, I realized I’d not accounted for the International Date Line, forgotten my driver’s license, figured out how to drive on the left, backed out of bungy jumping, attempted to break a world’s record in the Shweeb, and hurled myself down a hill in a giant, plastic ball. What a way to begin my epic New Zealand adventure.

Compared to bungy jumping, the ZORB seemed tame. Running on Red Bull, coffee, and stupidity, I pulled into the parking lot of the flagship location of the ZORBing empire in Rotorua. I could hear squeals of joy and laughter all the way in my car. I watched for a moment as massive, clear globes rolled down the hill, thinking it didn’t look too scary in comparison to the cherry picker I’d almost thrown myself off of. 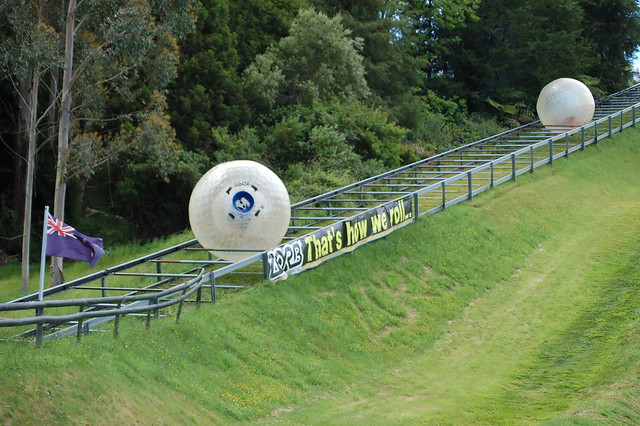 I walked into the nearly-empty office where I was directed to a computer to fill out pertinent personal information. I filled in my name, age, health, and nationality. I chatted up the friendly manager before being directed outside to a viewing deck filled with changing rooms and benches.

A group of 40-something English women were soaked to the bone with plastered smiles that monopolized their faces. There was an Asian-American couple with a six-year-old daughter. She was tiny, cute, and dressed in one-piece bathing suit. She, too, was wet and shivering, but smiling, in the arms of her mother. 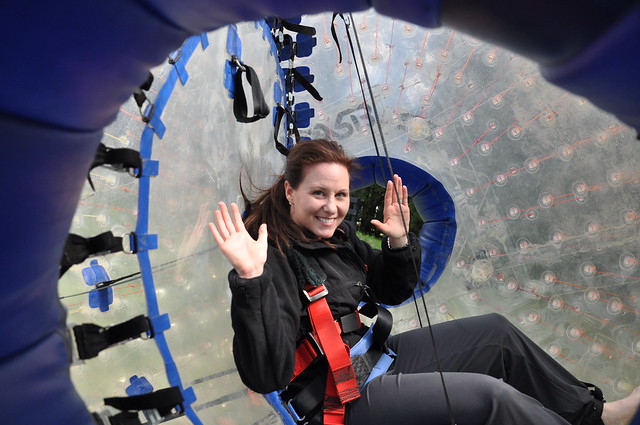 I watched globe after globe slowly zig-zaging down the hill. Once reaching the bottom, riders slid out of the hole, which was followed by a splash of water. All the people were wet, cold, and had a case of perma-grin. Everyone I’d seen chose the ZYDRO ride, which means they weren’t strapped to anything in the globe. Instead, water was pumped inside, and that allowed riders to remain upright. There was no way I was going to get wet. Even though it was spring in New Zealand, it was still cold for this Houstonian. No thank you. The ZORBIT ride allowed me to remain dry and still get a taste of the fun. 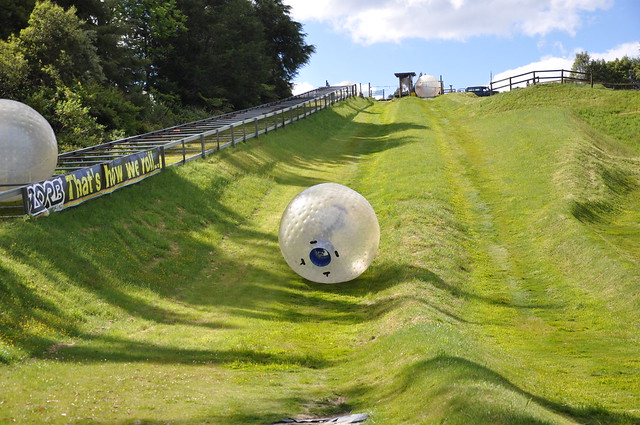 The truck that would take us up the hill arrived, and we all climbed in. There I was with the five English women and the little girl in the back of a truck. Once at the top, we piled out. Everyone else had been at least once; I was the only virgin. 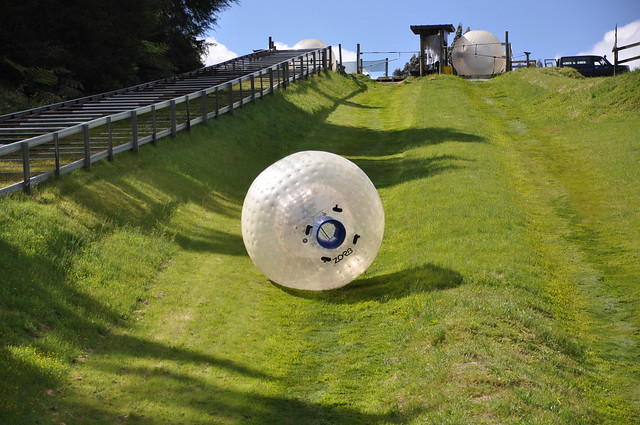 I stepped forward in my dry clothes. Everybody looked at me like I was crazy, that I was really missing out. I didn’t care though. It’d been an exhausting thirty hours, and I just wanted to go to bed. I crawled into my globe and climbed into a small seat. I was strapped in with a harness that went over my shoulders. I felt like Goose in Top Gun. I secretly hoped I wouldn’t meet his same fate.

With a nod of my head and a slight push, I was rolling head over heels down the steep hill. I saw the landscape pass by faster and faster until it was one big blur. To say that I was dizzy would be an understatement. It was like getting the bed spins after a night of drinking…times a MILLION. 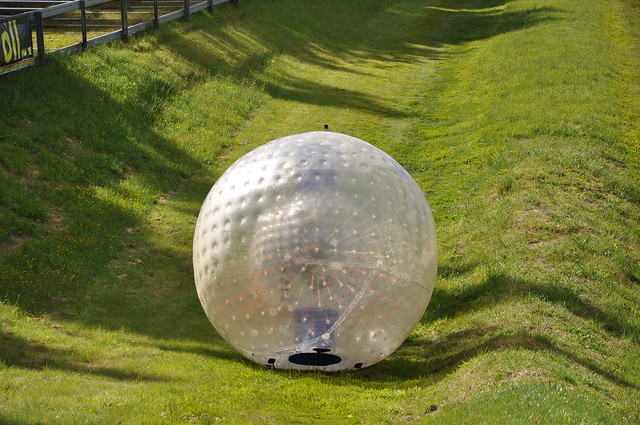 Oh, but it was so much fun! I, too, found myself squealing and with a serious case of perma-grin. I felt like the five-year old me who used to somersault her way around the house. All the frustration that began my New Zealand trip was gone.

Before I knew it, the ride was over and I was sliding out of  the globe. I staggered around until I regained my balance. I’m sure I looked silly, but in that moment, I didn’t care. I’d experienced the joy of falling head over heels. Literally. 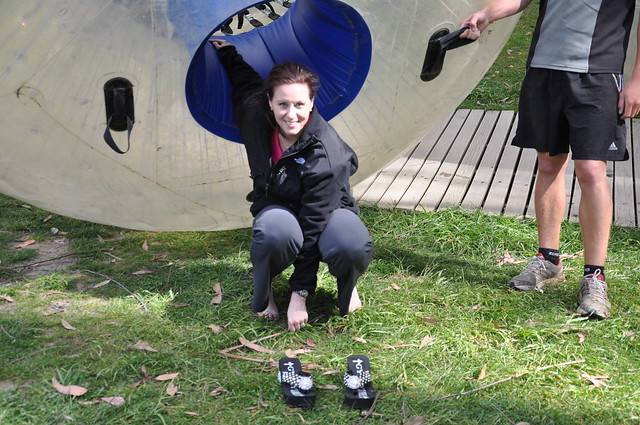 My ride was compliments of  ZORB, but in no way did it influence my review. Thanks, ZORB!