It’s not easy visiting Cadaqués, Spain. There’s one road in and one road out, and that’s exactly how the locals like it. Once only accessible by sea, this former fishing village now has a two-lane road that snakes through the mountainous Cap de Creus National Park, one of Catalonia’s largest protected areas. Cadaqués isn’t easy to get to, but I find that most great places are aren’t. 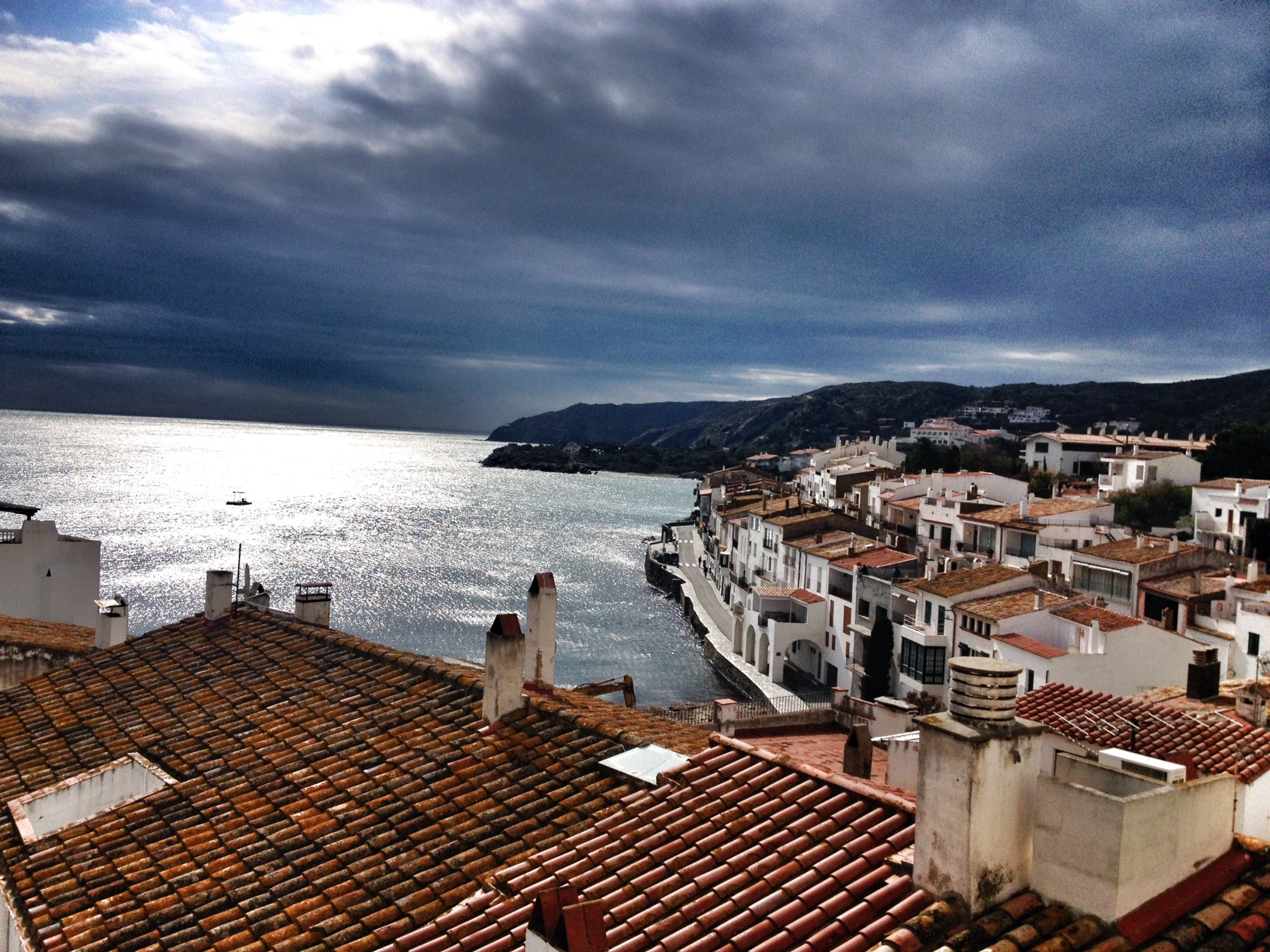 After about a two-hour drive from Barcelona, I arrived into Cadaqués. Located just south of the French border where the Pyrenees mountains run into the Mediterranean Sea, this charming town in Costa Brava was a favorite of Salvador Dali.

The minute I descended down the mountain into Cadaqués, I could see why Dali was so taken with the village. Even in the off-season with many of the water-front restaurants, bars, and hotels closed, I knew that in the summer it was a vibrant, yet relaxing place to visit. It was decided; I would return.

Tramuntana: the Famous Winds of Cadaqués

Driving along the seaside road through the town, I turned my attention to the Mediterranean. It was a far cry from the glass-like turquoise waters I envisioned. Instead, the sea appeared choppy and white. Tramuntana, the name the locals have given the forceful winds coming off the Pyrenees, were to blame.

During the winter and into the late spring, these winds cause havoc, but it shouldn’t deter one from visiting Cadaqués, Spain. In fact, Costa Brava {wild coast in Spanish} got it’s name from Tramuntana. Growing up on the plains of West Texas, I eschewed the 50 mile per hour winds that blew red dirt and tumbleweeds, but here locals embrace them. Tramuntana is cleansing they say. I wasn’t sure if I should admire them for that attitude or instead think them crazy.

Just a short walk from town, tucked down a private dirt road, was where I’d rest my head while in Cadaqués. Sprawling. Seaside. Spectacular. These were the adjectives that immediately came to mind as I walked through the gates and up the stone stairs to the front door. Thanks to Charming Villas Catalonia, this was mine, at least for three nights. Instead of rushing to claim my bedroom, I took off around the side of the house for a better look of the view. 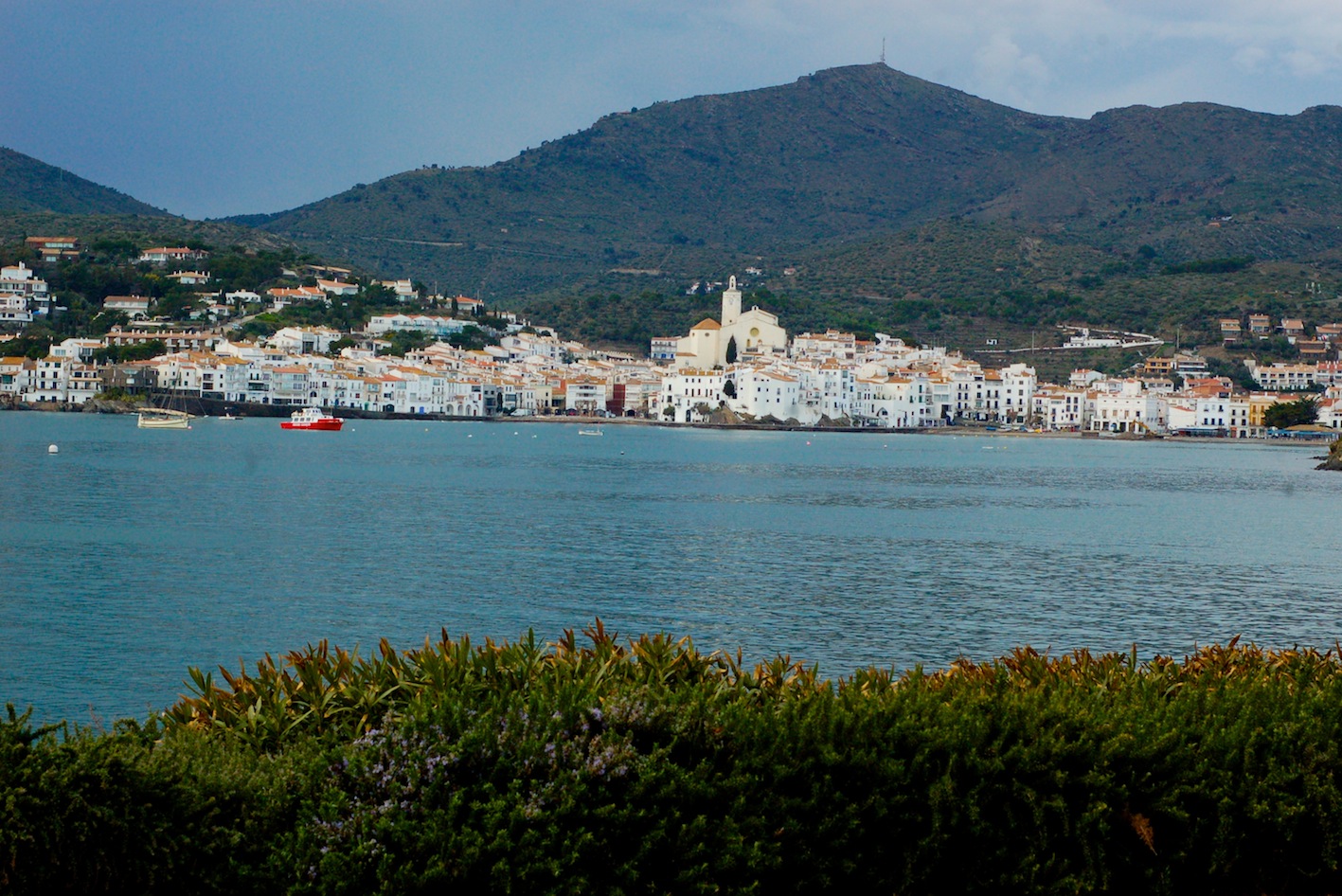 Despite the howling wind, I stood at the edge of the laid-rock barrier with mouth agape. Small and large boats moved back and forth in the bay. Cadaqués and its beautiful white buildings rose up out of the sea and into the mountain. I faintly made out the church at the town’s highest point. The sky was overcast, but I could imagine spending many hours sitting on the rock bench watching the sun cast a golden glow as it falls behind the mountains.

The Tramuntana blew a familiar scent my way. I turned my attention away from the view of Cadaqués in order to find the source. A thick row of rosemary-type bushes encircled much of the house and momentarily blocked the view of the uniquely-shaped swimming pool. It was far too cold for a dip, but I could totally see myself doing a cannonball come summer. 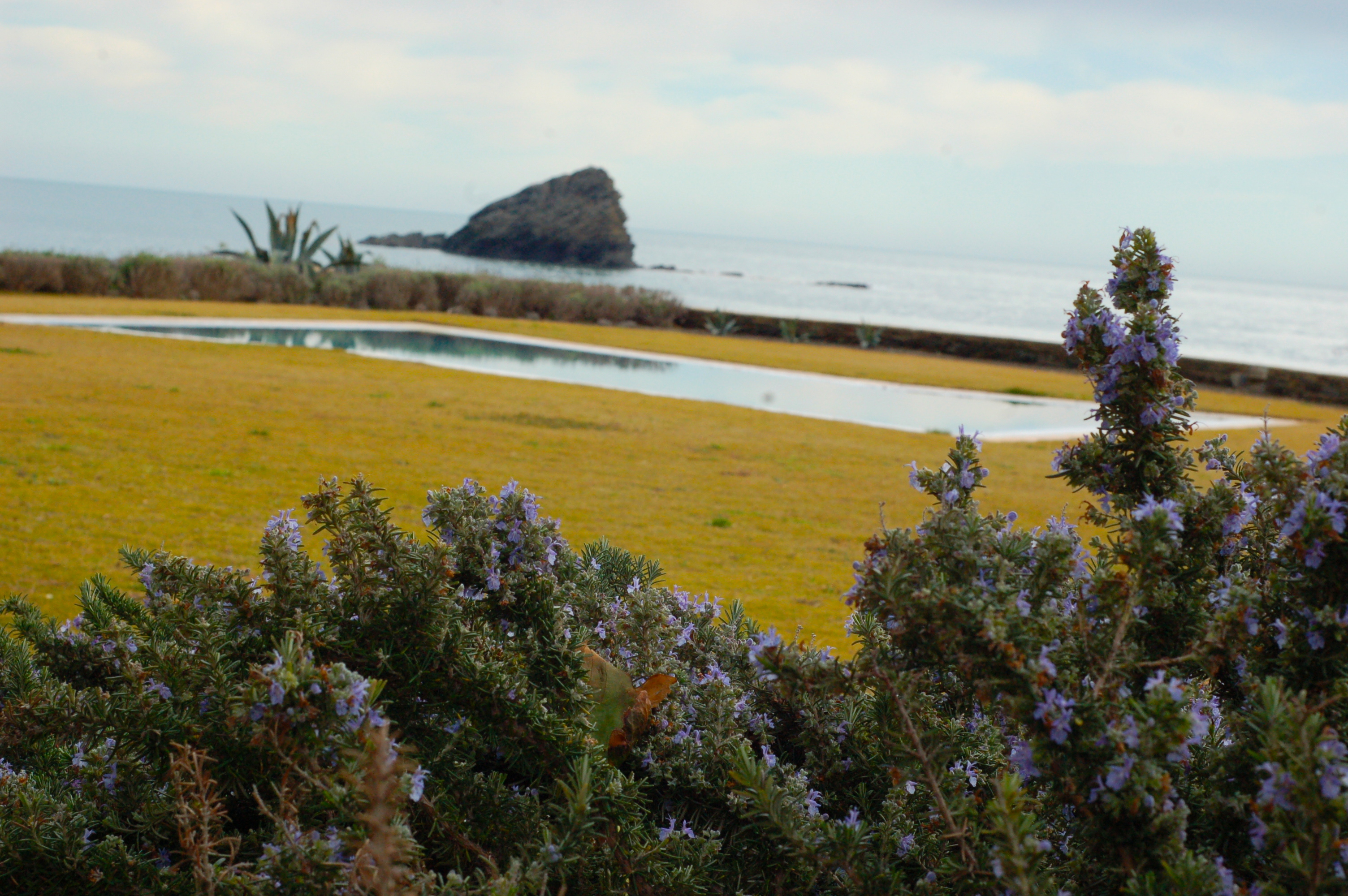 I couldn’t imagine a better place to be than sitting outside with the beauty and sound of the sea to enjoy, but there was the house, dubbed Sa Costa, to explore. With its burnt orange floor tiles and palate of whites, the interior of the house was fabulously decorated, but did nothing to compete with the real star: Costa Brava.

Two sides of the house were floor-to-ceiling glass that framed Cadaqués and the Mediterranean. Doors opened up to a wrap-around, covered patio, complete with tables and seating. Into the kitchen I went to find a nice bottle of Spanish red; I was going to sit on that porch and drink in the view as well as the wine. To hell with Tramuntana; a little wind never hurt anyone.

Under that porch in a wicker chair I sat swilling Catalan wine and eating Spanish ham, olives, and cheese. I’m not sure how long I was there, but it was long enough to finish a bottle and open another. Somehow the warm red wine kept me from feeling the effects of the frigid wind blowing off the sea. I had nowhere to go and nothing to do. This was a foreign feeling for me, but I embraced it and was rewarded with a faint rainbow as well as a sunset.

The sunset was just as I’d imagined it to be… Brilliant! In that moment, I understood why Dali loved Cadaqués. I felt fortunate to be introduced and looked forward to knowing her better. I had two more days with Cadaqués and I would relish them both.

I was an invited guest of Charming Villas Catalonia, however the opinions expressed here are truly my own. In no way was I swayed by the multi-million dollar estate, the ever-present salty sea air of Cadaqués, or the unlimited supply of Spanish wine and ham.