Do you remember when hotels first ditched the old-school metal keys in favor of plastic electronic cards? With the exception of some independently owned motels and a handful classic European luxury hotels, actual keys attached to a key chain are a thing of the past. Boxy tabletop televisions with bunny ears have given way to sleek, LED televisions with HD channels. Glacially slow Internet has gone the way of the dinosaurs, with even the most basic hotel room offering high-speed Wi-Fi.

Given the number of hotels I’ve stayed in and toured over the last few years, I’ve gotten to see the next big things in terms of technology. Though I have to admit, sometimes it’s a bit overwhelming. There was the night in a Paris hotel that I couldn’t figure out how to turn off the Bang & Olufsen television. I finally just put the thing on mute, threw the comforter over it and went to sleep. Figuring out all the switches can be a battle as well. From motorized curtains to computerized toilets to finding the exact button that turns on the bedside lamp, sometimes technology can be a bit frustrating. Nonetheless, I’m eager to experience the latest technology found in hotels. 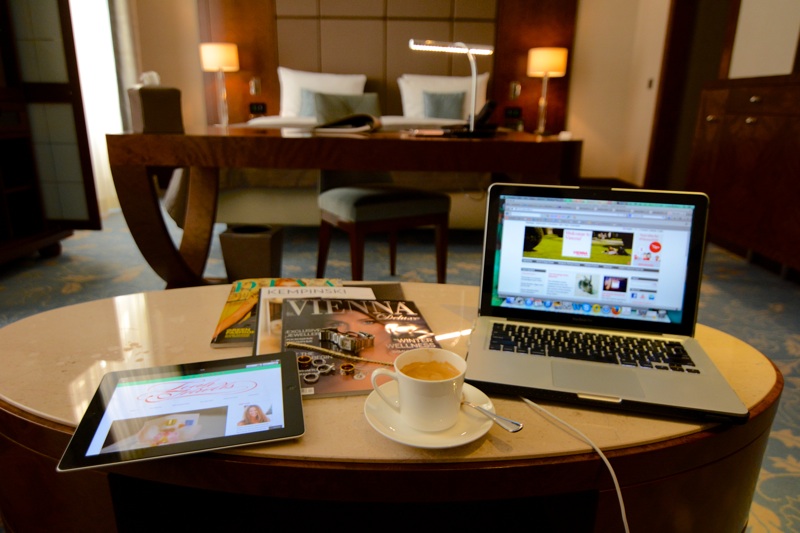 At the Kempinski Grand Hôtel des Bains in Vienna, everything I could possibly need was found in the form of an in-room iPad. Not only did the iPad control the television, lights, temperature, and curtains, but with a few swipes of my fingertips, room and laundry service were also available. I’ve also seen iPads recently in Paris’ Hotel de Sers.

Even workout facilities are going high-tech with cardio equipment. Touch screens and Internet access make updating your Facebook status or looking for your next hotel simple, even while working up a sweat. And I can’t even begin to describe the motion-activated, programmable toilet at Four Seasons Resort Lanai at Manele Bay. The toilet senses your presence, lifts its lid, lights up, and then proceeds to flush itself and lower the lid. The cleaning preference also can be programed for two different people. 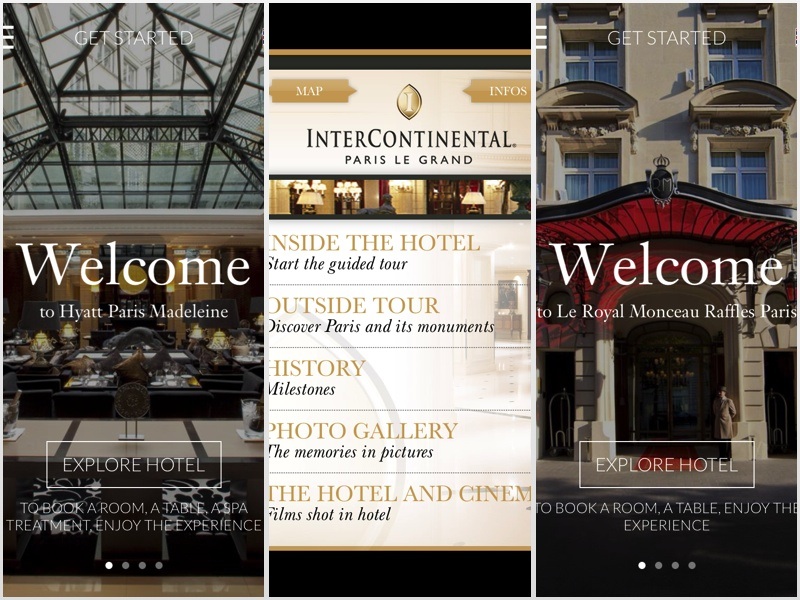 To enhance their guests’ travel experiences, several Paris hotels have created smart phone apps. The Hyatt Paris Madeleine, Le Royal Monceau, and Hotel Napoleon apps not only provide information on the hotel and its services, but also offer recommendations on nearby restaurants, nightlife, shopping, sightseeing, an offline map, and other valuable information for the city’s visitors.

The app created by InterContinental Paris-Le Grand contains audio tours for both inside and outside of the property. It also gives a historical timeline of the hotel, along with a photo gallery and its connection with the cinema. At Four Seasons Punta Mita, there’s an app with an audio tour featuring the resort’s artwork from several renowned Puerto Vallarta art galleries. 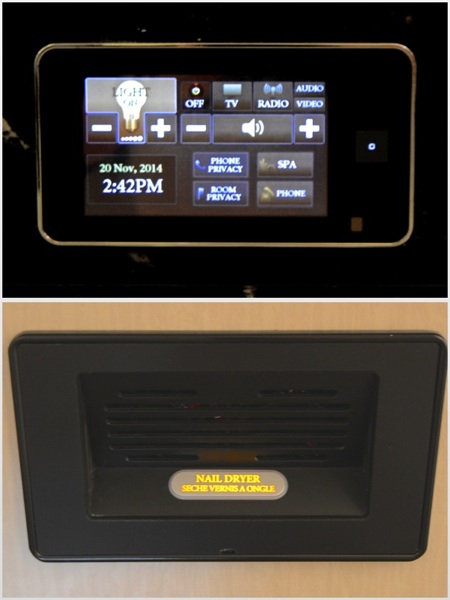 Perhaps the most technically advanced hotel I’ve seen is the Peninsula Hotel in Paris. Having opened this fall after a seven –year renovation, the Peninsula has all the modern bells and whistles expected from a soon-to-be palace hotel, as well as some I’ve never imagined. Just a few of these high-tech amenities include a bedside contraption that I’m certain controls the universe {in eleven languages}; LED touch screen wall panels {again, in 11 languages}; free VOIP long distance calls; noise-cancelling headphones; 4-in-1 fax/scanner/printer/photocopier; hands-free wireless phone; bathroom mood lighting; and a wall-embedded NAIL DRYER {what?!?}. 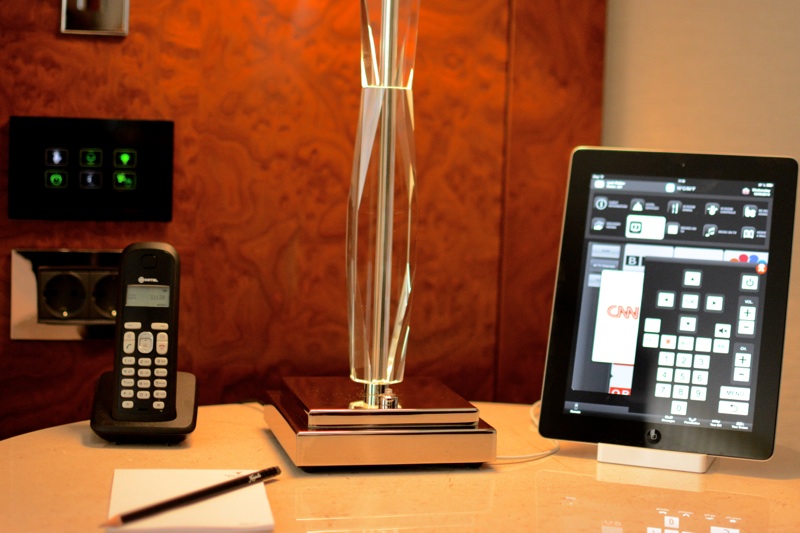 Hotel technology continues to evolve, making the guest experience better. However, no fancy gadget will ever replace good, old-fashioned customer service. In my opinion, that will always be the cornerstone of a great hotel stay.