I’ve been in Texas almost seven weeks, and frankly, I’m about to go nuts. It’s not because I don’t love my home state, but this is the longest I’ve been without travel in well over a year. Being sedentary is frustrating, but being physically limited is maddening. Since my preventative double mastectomy on January 21, my sole focus has been a speedy recovery. I’ve made work commitments and have a schedule to keep.

Inquiring minds want to know, and I’m happy to share. But if I had a dollar for every time I’ve explained the entire removal and reconstruction process, well, it’d buy me a couple of cocktails at Four Seasons George V.

To make a long story short, during the nearly eight-hour surgery, one doctor made two 10-inch incisions and removed all the breast tissue. Then the plastic surgeon placed two spacers filled with 250 CCs of saline behind my pectoral muscles, along with some kind of mesh to support the weight. Over a couple of weeks, a series of saline injections were made into these spacers, whereby slowly stretching my chest muscles. Once the desired breast size was achieved, a month was required to heal. A second surgery will be performed on March 16. During this outpatient procedure, the spacers will be traded for silicone implants. 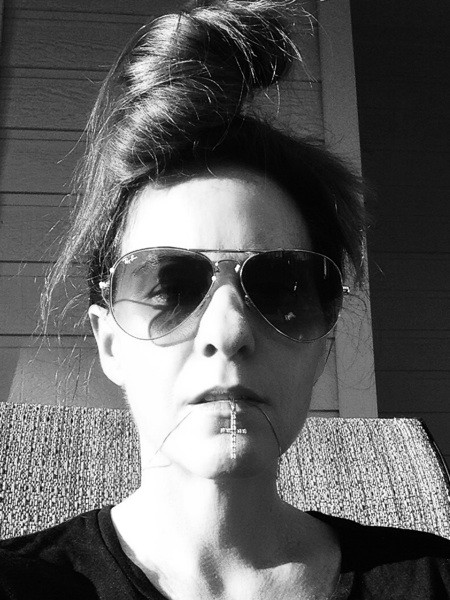 This was not one of my better days.

I’ll spare you the gory details. Let me just say that hydrocodone and Valium were my best friends for about three weeks. Getting in and out of bed took a Herculean effort, and the saline injections made me wish for death. My pectorals felt as if they would to rip apart, and lying lower than a 120 degree angle was impossible. Grooming habits fell by the wayside. Walking up a flight of stairs felt like a marathon, and my posture resembled an 80-year old woman with osteoporosis.

I’ve come a long way in a short time. Now there is no pain, only discomfort. Currently, I feel like two plastic bowls are lodged between my rib cage and pectorals. I can sleep at a 20-degree angle and get out of bed with no problem. The day that I could touch the top of my head with both hands was cause for celebration. However, my left shoulder feels like I pitched twenty years for the Texas Rangers. My arm and chest strength are coming back, but I won’t be doing any pushups, cartwheels, or pickle jar opening. And with one more surgery to go, my guess is that I won’t be doing these things any time soon. There’s definitely an end in sight, and I couldn’t be happier. 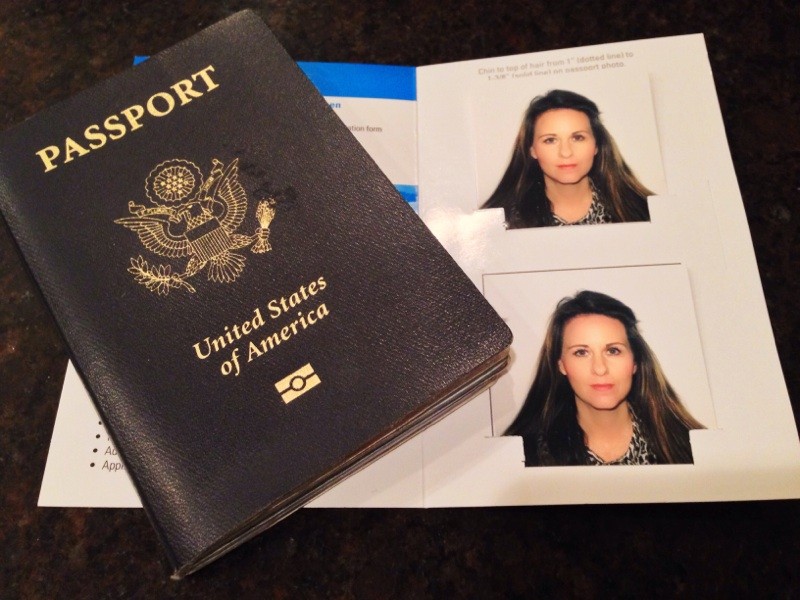 Two weeks after surgery, I managed to get it together enough for a visa application photo.

In case you missed my Facebook announcement, in February I was awarded the Compétences et Talents Card, which is a three-year, renewable visa allowing me to live and work in France. This card is given to those who are likely to make “a significant contribution, through their skills or talents, to France’s economic development or to its intellectual, scientific, cultural, humanitarian or athletic prestige, back to their home country.” I’m certainly honored knowing that France believes that I have skills and talents. 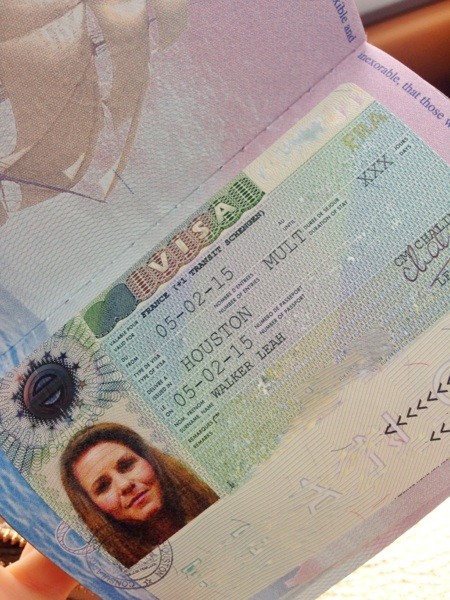 If my interviewer only knew the pain I was in…

Getting this visa was no easy task. It took multiple recommendations, a mountain of paperwork, a lengthy interview, persistence, and persuasion. It was absolutely worth the effort. Now, I can be employed in France, and I don’t have to worry about the time limitations of the Schengen Agreement. As a US citizen, I can only be in the Schengen Zone for 90 out of 180 days. After I’ve reached my 90 days, I have to leave for 90 days. Penalties for overstaying that time range from fines to being banned for up to three years. I know many people who have overstayed their 90 days and nothing has happened, however, I prefer not to tempt fate.

On March 28, I’ll board a plane bound for Paris. From April 1-8, I’ll travel throughout southern France with Viking Cruises. You may recall that I hate cruises, but I’ve never been on a river cruise, so I’m willing to give it a chance. After disembarking in Avignon, I’ll go straight to work on a special project with the country’s tourism board, Atout France, from April 8-24. Then it’s back to my beloved Paris. 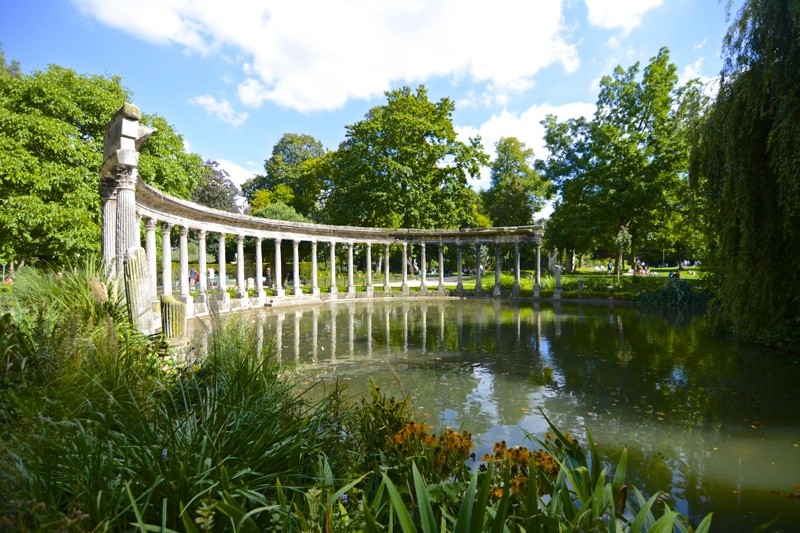 After an exhaustive, month-long search and several busted bubbles, I found an apartment in Paris. Honestly, this process was far more frustrating than getting the visa. I had a short list of non-negotiables {Wi-Fi, washing machine, a real bed, and desirable location}, but finding something I liked within my budget wasn’t easy. However, I managed to find a modern and cozy {tiny} place in the 8th arrondissement, just across from Parc Monceau. This is one of my favorite parks and the area is excellent, but I only signed a three-month lease. If I’m going to commit to a place for longer then I’d like to actually see it and the neighborhood first. Until then, this little place will do just fine. 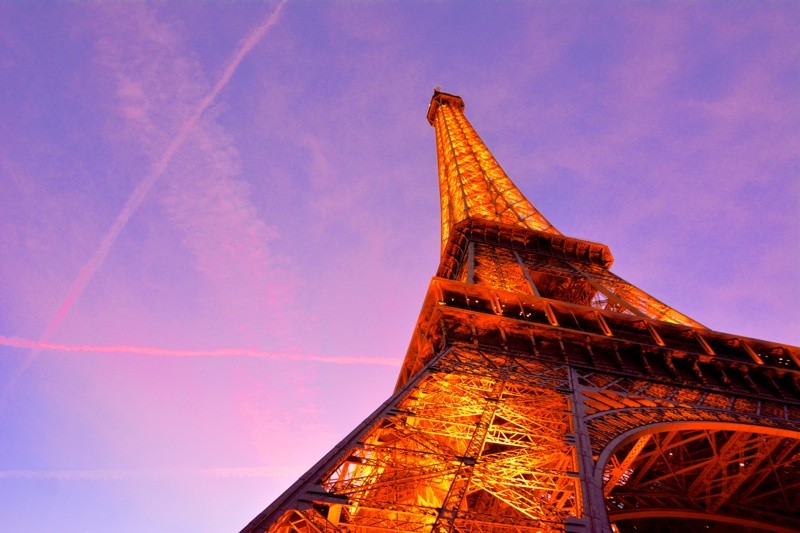 When I leave for Paris on March 28, it will have been exactly ten weeks since I was last in the city. During those ten weeks, much has happened—things that have changed the course of my life. I’m excited to start this new chapter in a city that I love. I don’t pretend that I have it all figured out, but I have confidence that the picture will become clear sooner rather than later. Right now, I can’t worry about any of that too much. After all, I’ve got one more surgery and a lot of packing to do.