The adage, “Everything is bigger in Texas” holds true with the arrival of Lufthansa’s flagship plane to Houston. Thanks to a tip by Paul Thompson, aka Flying Photog, I was able to see Lufthansa’s A380,  the world’s largest passenger jet, first-hand as she made her inaugural flight from Frankfurt to Bush Intercontinental Airport. 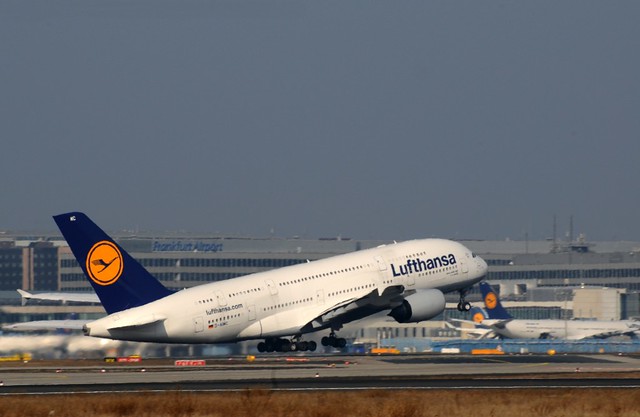 Walking up to the media table was new to me. There I was with reporters I recognized from TV and countless cameramen pushing their heavy equipment with carts. I’m not sure if having this Website qualifies me as “media” but I decided I’d just fake it until I make it. I received my credentials and was escorted with a group of others through security to Terminal D.

I was one of the first people to arrive at noon. A stage was set with a podium, microphones, balloons, and various signage announcing the arrival of the A380. I wandered around and took a few photos before stumbling upon the food table. Fruit, cheeses, pretzel bites, Polish {yes, Polish!?!} sausage, and Ruben sandwiches were laid out for all to enjoy. I grabbed a water, some food, and found a place to sit. I had about an hour and a half to kill before the behemoth jet arrived. 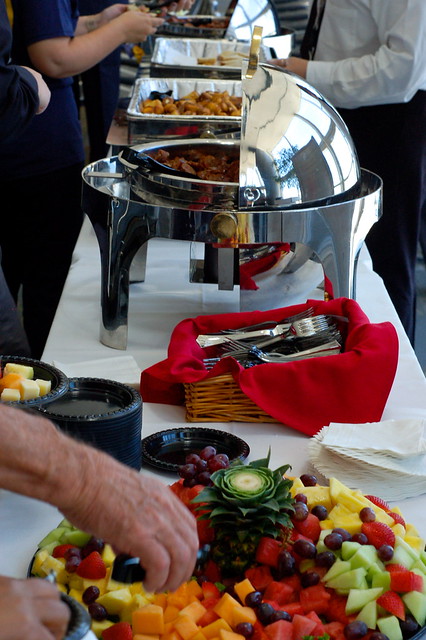 As additional press, invited guests, airport employees, and curious passengers started to arrive, the German band began playing. Dressed in in stereo-typical attire, they played standard German music. With each song, the terminal became more crowded. I milled around and struck up conversations with various people like a county judge, city council members, and executives for Airbus and Lufthansa. I even chatted with Airbus Executive Vice President-Customers, Robert Lekites, about the A380’s ventilation system. Bob said that the A380 reduces jet lag by making it feel like you’re flying at a lower altitude. Go figure, right? 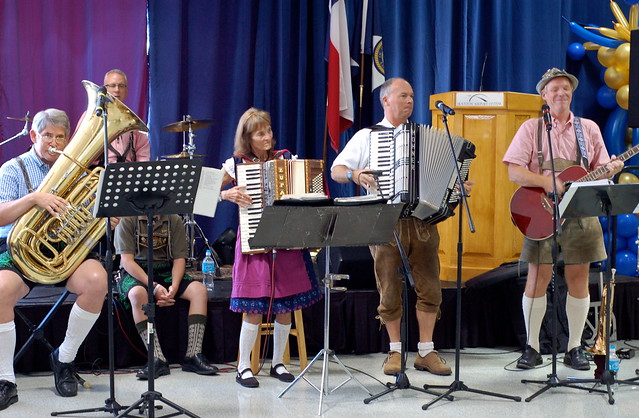 I was tracking flight 440 using an iPhone app, so I knew approximately when it would arrive. I jockeyed for a prime spot in front of the window that opened up to the runway. When the announcement that the A380 was making its final decent, I was ready. The crew working on the tarmac had the same idea as me. Even though they’ve seen a million planes, they stood by with curiosity. When the giant, glistening jet came into sight, the crowd oohed and ahhhed. Despite its enormity, the A380 gracefully floated closer to the earth before the wheels finally touched the runway. Everyone cheered as the band played. 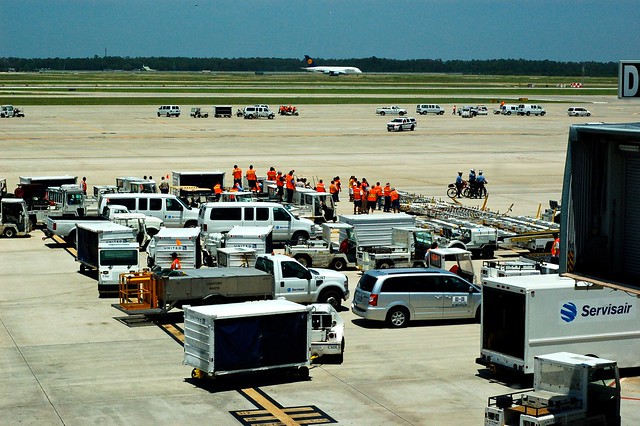 As the A380 taxied to the specially-made gate at the end of the terminal, a water cannon salute christened the jet. When it disappeared from my site, I found myself on press row; the ceremony was about to begin. Speeches by the who’s-who of Houston politics and the airport system, Lufthansa, and Airbus all took turns praising the virtues of the city, airline, and the A380. I learned a lot, but I just wanted to see the jet. After all, I would be flying this exact plane to Frankfurt in November on my way to Prague. 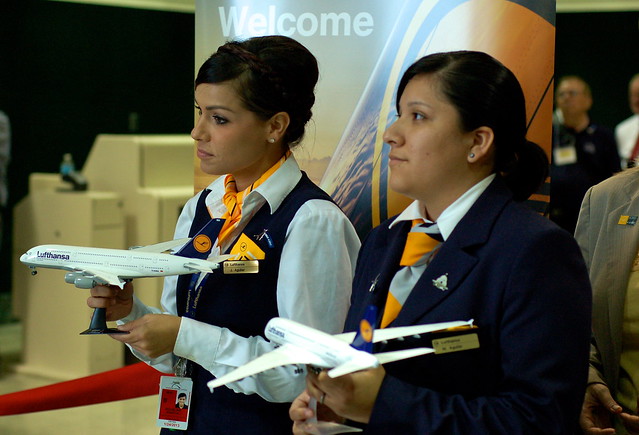 After the ceremonial ribbon and cake cutting, an exchange of gifts, and some Q & A by the “real” media, all the VIPs got to tour the plane first. I waited patiently since TSA (or FAA) regulations only allow fifteen people on at a time. Taking note of the rest of the press corp, I shoved my way into the second group to load the plane. Security and Lufthsansa representatives escorted us down the long hallway until we reached the door of the A380. 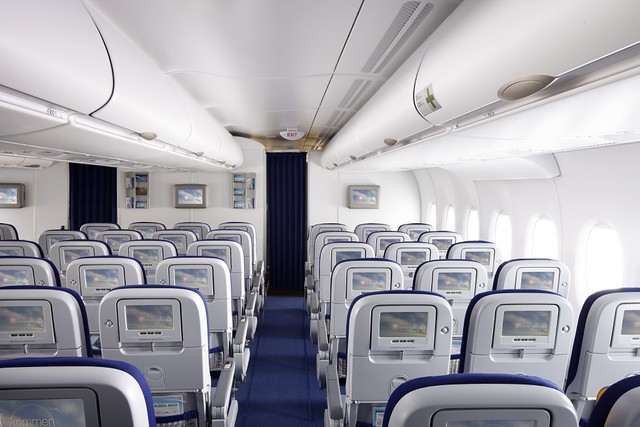 The entire lower deck is filled with 420 economy seats. With a 3-4-3 configuration, the seats seemed to go on forever. One after another, the identical seats were pristine and begging to be sat in. The spiral staircase in the back of the economy section beckoned me. Leading to the upper deck, the stairway to heaven takes passengers to the 98 business class seats and eight first class seats. This is where I’ll be spending my eleven hours to Frankfurt come November. 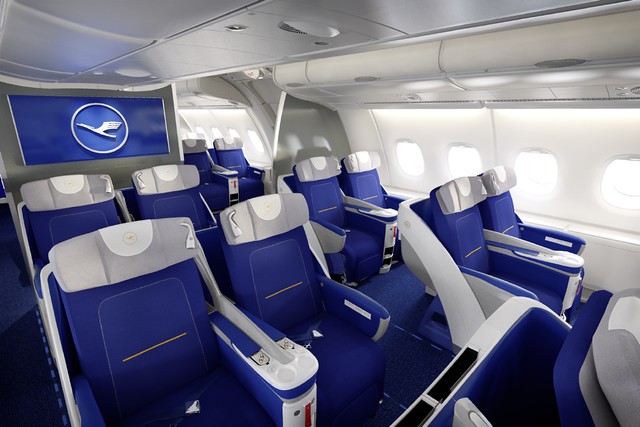 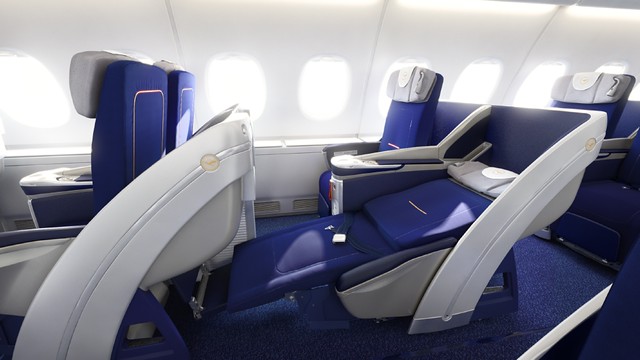 First class, you ask? Well, at a price as high as $17,000, I think not, but I wouldn’t turn down an upgrade for a sponsored post. {wink-wink, Bob Lekites} No, I imagine I’ll be “slumming” it in business. Even though they don’t lie flat like the ones in first, a business class seat will still give me a chance to sleep with a 168 degree recline.

IF I get UPGRADED to first class, this is what I can look forward to: 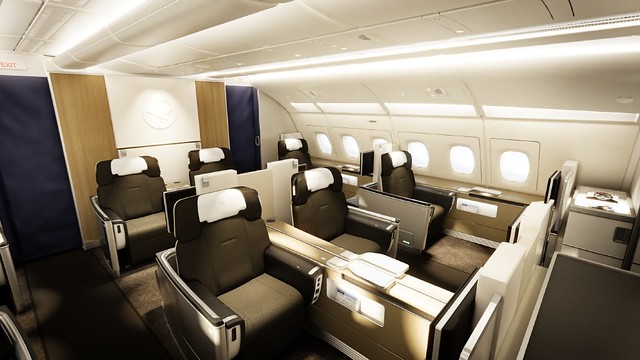 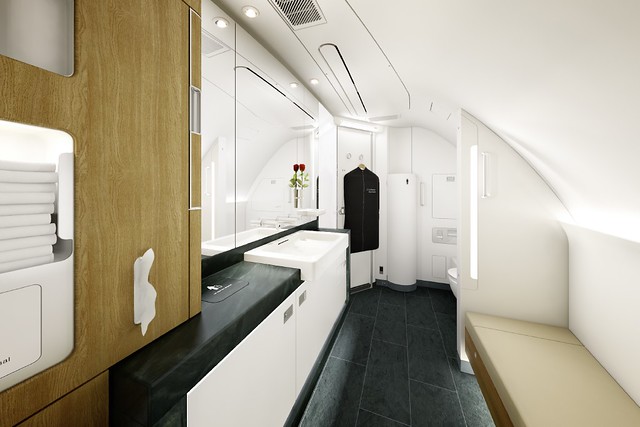 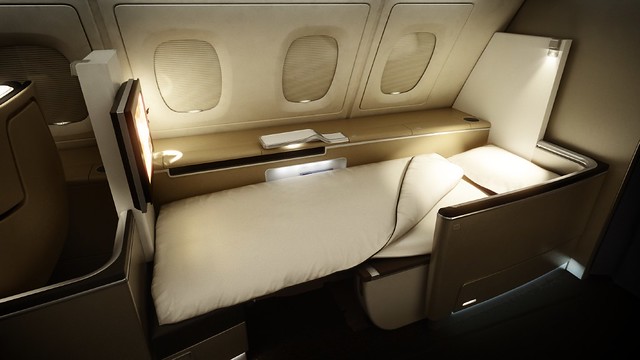 Here are some things that I found interesting about Lufthansa’s A380: 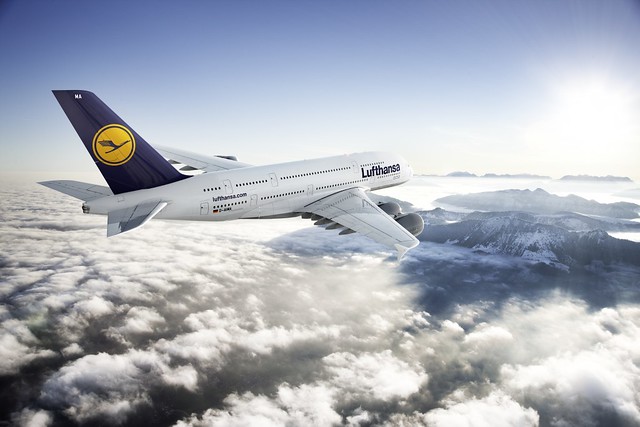 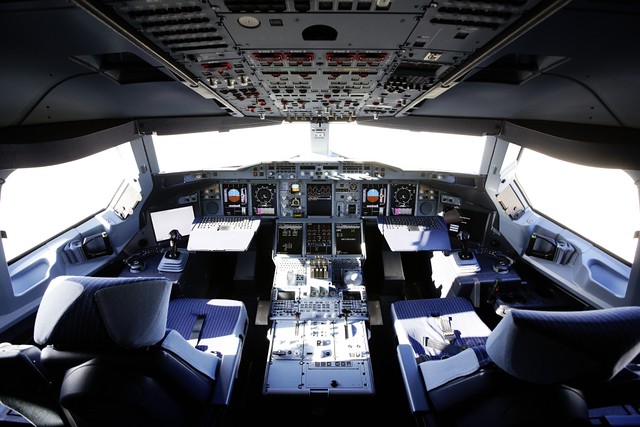 Technical data of the Airbus A380 {or mumbo jumbo I don’t understand}: 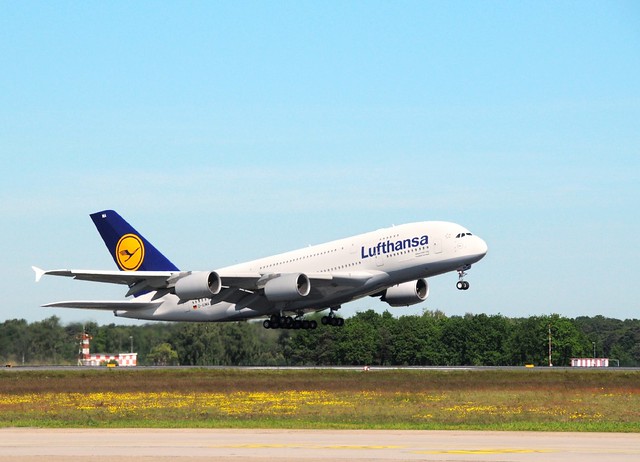 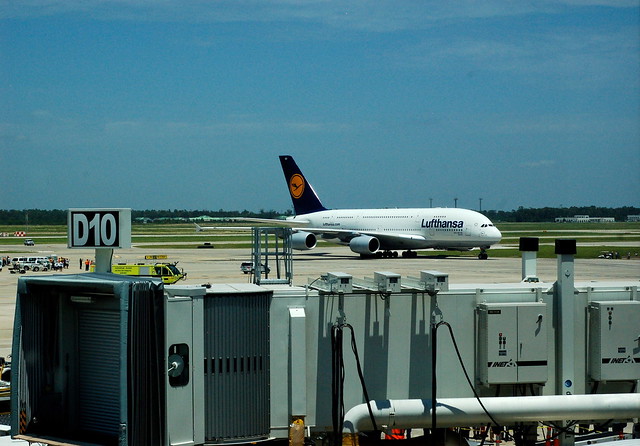 I shuffled my way through the plane with the rest of the press until it was time to leave. Overall, I’m impressed with not only the event, but the plane. I’m actually looking forward to my winter European trip even more {if that’s possible}. I imagine after an Ambien, some wine, and the ability to stretch out on my flight, I’ll be ready to attack Prague the moment I arrive.

And if the folks at Lufthansa are reading this, I’d be happy to try out your first-class cabin and report back to my readers. Or I’d be happy to have you as the official airline of my Go with Oh European tour!

FYI:  All the stats and really great pictures are courtesy of the Lufthansa media kit.

Taking it Easy in the Big Easy: 36 Hours in NOLA

10 Things to Know before Visiting Texas