I’ve mentioned my fear of heights on multiple occasions. In 2011, I stood on the edge ready to hurl my body into the New Zealand abyss, but shamefully backed away from the bungy platform. Though in January, I vowed that 2013 would be the year that I rid myself of this ridiculous fear, and May presented the first opportunity to tackle my phobia. I would paraglide in Maui. 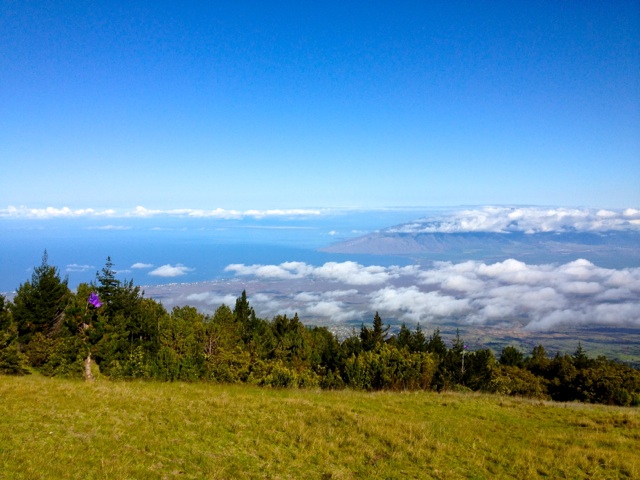 Check in time was an early 7:30 am and the Proflyght Paragliding location was a good 30 minutes from my hotel. This, my second morning in Maui, didn’t have the most auspicious start. First, I had serious jet lag as a result of flying from Jordan 36 hours before. Next, I had a Seinfeld-esque mishap with the AM/PM setting on my alarm, no doubt a side effect from the aforementioned jet lag. 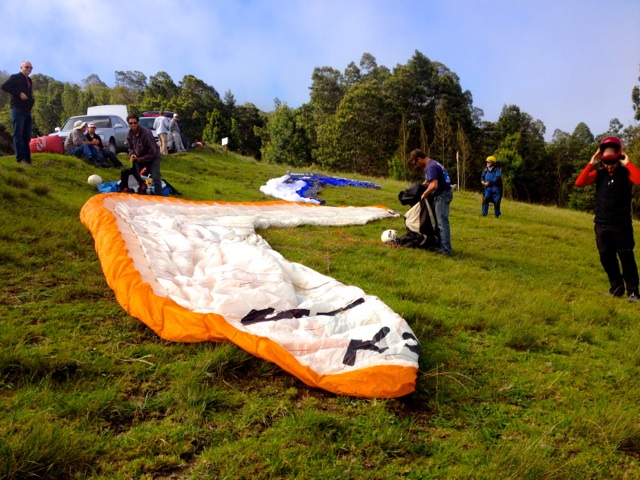 Thanks to a wake up call from Man on the Lam, I managed to shower, properly clothe myself, and get to Proflyght on time. This sequence of events, although stressful, may have been for the best, as I had zero time to think about what lay ahead. Instead of focusing on the nylon and wind that would keep me from plummeting to the earth, I was applying mascara in the car trying to avoid stabbing myself in the eye.

The air was a bit crisp in Upcountry, the area of Maui known for farming, ranching, and rolling green hills. In the parking area, there was a small crowd of people gathered, some customers and others instructors, but all had looks of concern on their faces. Perhaps I wasn’t the only one feeling a bit of trepidation. As I filled out the required paper work, I discovered that it was the presence of the low-hanging clouds that had everyone so concerned. Cloudy conditions equates to no paragliding. 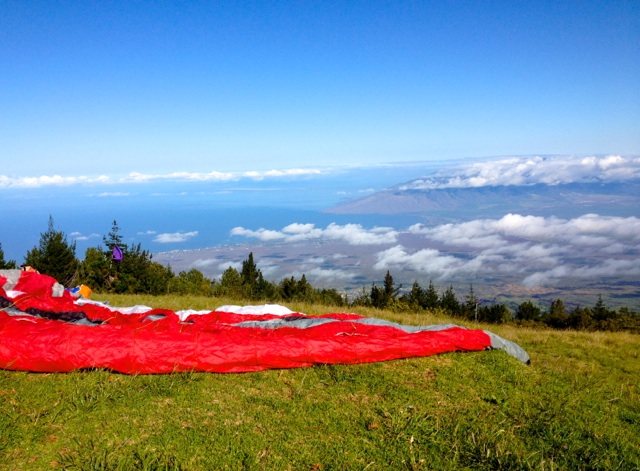 Instructors and the morning flyers piled into vans loaded down with duffels filled with equipment. Through private ranch land and up windy, narrow roads, we drove approximately 10 minutes up to the highest launching spot. Taking off from this point allows a 3,000-foot descent and about fifteen minutes of flying time. We waited for a few minutes to see if the clouds would pass, but ultimately decided that it was unsafe to fly from that point. This chicken was secretly a bit relieved.

I wasn’t completely off the hook, as my instructor thought that the lower elevation launch site might be ok. We loaded back into the van and proceeded back down the mountain. After about a 30 second assessment, it was decided that flying was safe. Quickly the instructors unloaded their bags and unrolled their sails across the grassy expanse of land. I was equipped with a helmet and various harnesses, then given my instructions: Run really fast down the hill and keep moving your legs as if you’re running even after your feet have left the ground. Slide your body into the basket-like seat and enjoy the ride. It sounded easy enough, and before I knew it, I was flying above Maui.

Oddly, I wasn’t scared in the least. There were no thoughts of crashing to the ground or being swept to Molokai by a strong gust of wind. Instead, I felt completely at peace. The view must have been the best on the island. I could see the lavender field below and the gorgeous blue waters of the Pacific. It was a kind of peace that one dreams of having. 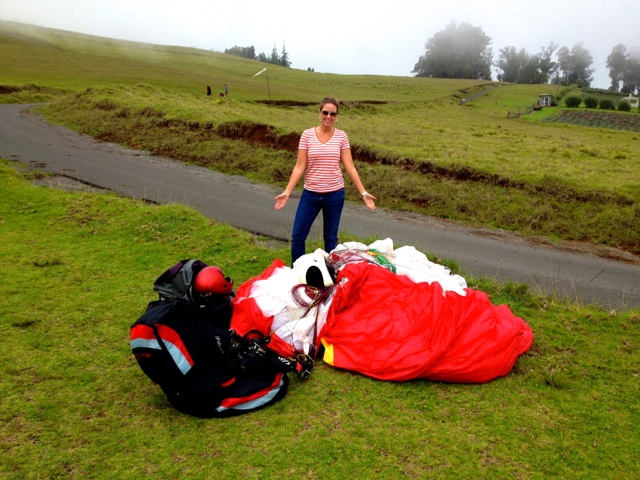 For five minutes I floated over Maui and could have done it for fifty. As I got closer to the ground, I cursed the clouds. The 1,000-foot descent wasn’t nearly enough. I wanted more. Landing wasn’t nearly as smooth as taking off as I basically fell to my knees with a thud. It wasn’t one of my more graceful moments, but I couldn’t have cared less. I still had the adrenaline coursing through my veins and a permanent grin on my face. 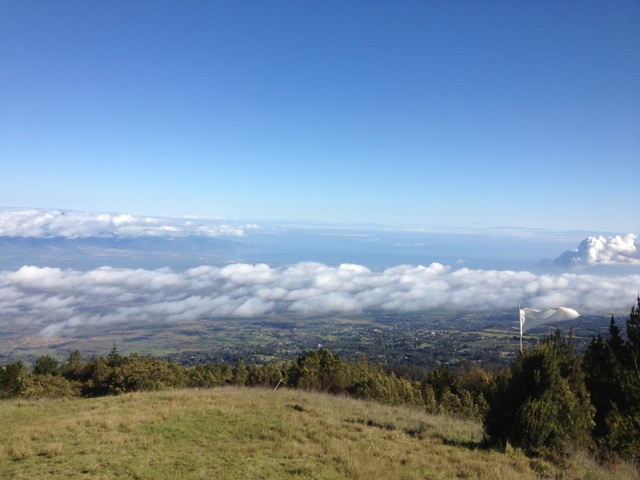 I don’t think I’m ready for skydiving or bungy jumping quite yet, but paragliding was the perfect first step to eradicating my fear of heights.

I was a guest of the Maui Tourism Board. In no way was I prompted to write a positive review based on their righteous rainbows, spectacular scenery, or brilliant blue water. As always, opinions are my own.