I’m not sure what took me so long to visit Hawaii, but it’s safe to say I’m hooked. A couple of years ago, the 50th state captured my attention after two trips to Maui and one to Oahu. What I’ve come to appreciate most about Hawaii is not the picturesque landscape, but rather that each island seems to have its own individual identity, yet still personifies a unified aloha spirit.

Most recently, I visited Lanai. A thirty-minute flight from Oahu and an hour’s ferry from Maui, Lanai is Hawaii’s smallest inhabited island at only 18 miles long and 13 miles wide. With no traffic lights, thirty miles of paved roads, and about 3,000 residents, it’s truly a place to get away from everything. You’ll find no find no fast food joints, only places like Coffee Works and Lanai Ohana Poke Market, where fresh fish is served on paper plates and eaten at picnic tables. 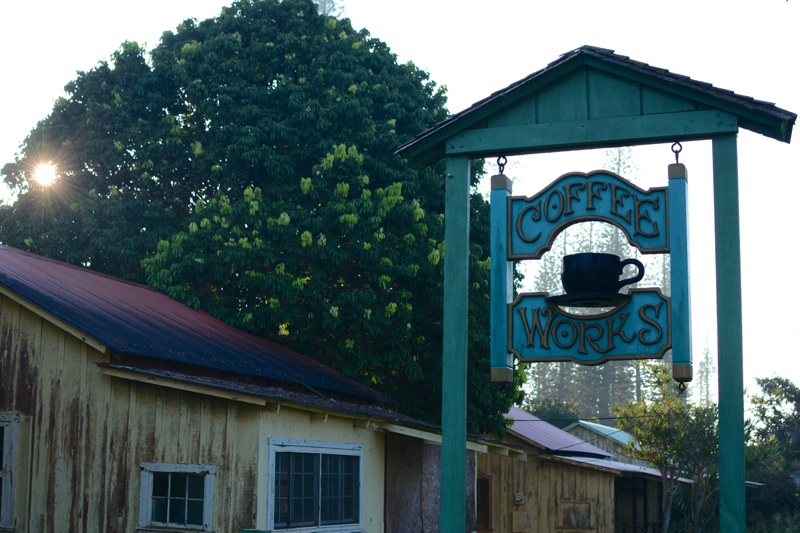 Formerly the world’s largest pineapple plantation, 98% of the island was purchased in 2012 by Oracle CEO, Larry Ellison. Although it’s quaint and inviting, Lanai also caters to a sophisticated clientele, having recently drawn the attention of Oprah Winfrey. Billionaires on the island aren’t anything new, however. Lanai was the site of Melinda and Bill Gates’ wedding over two decades ago.

With the purchase of the island, Ellison announced plans to turn the island into an eco-tourism destination, thus Lanai is not doubt in for some changes. But what I hope won’t change is its unique splendor. After my December trip, Lanai quickly skyrocketed to one of my favorite tropical locales. Here are just three reasons why I think you should also visit Lanai.

It’s not a Typical Tropical Island 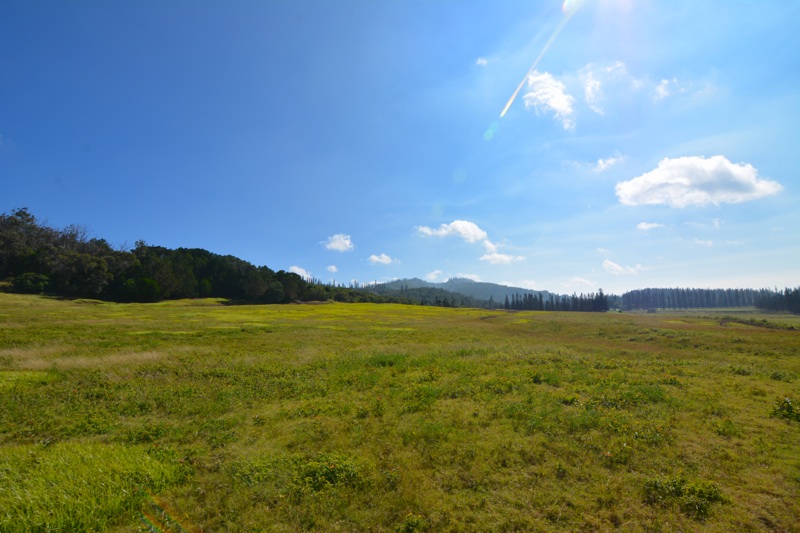 Hawaii and natural beauty are synonymous, but Lanai offers vistas that I never associated with the island chain. Sure, the turquoise water and white sands of Hulopoe Bay are the stuff of tropical dreams, but Lanai also offers an atypical, varied landscape, especially for such a small island. 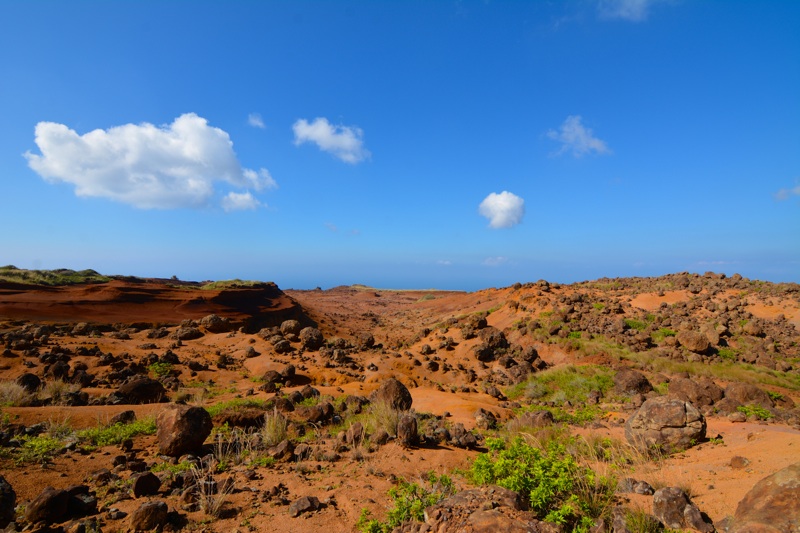 The red dirt and boulder-filled landscape of Keahiakawelo, also known as Garden of the Gods, looks like it could be on Mars rather than overlooking the Pacific Ocean. Hawaiian legend says that two priests, one on Lanai and the other on Molokai, were challenged to see who could keep a fire burning the longest, explaining the area’s barren landscape. At the end of the unpaved Polihua Road, Garden of the Gods is worth the 45-minute drive from Lanai City. 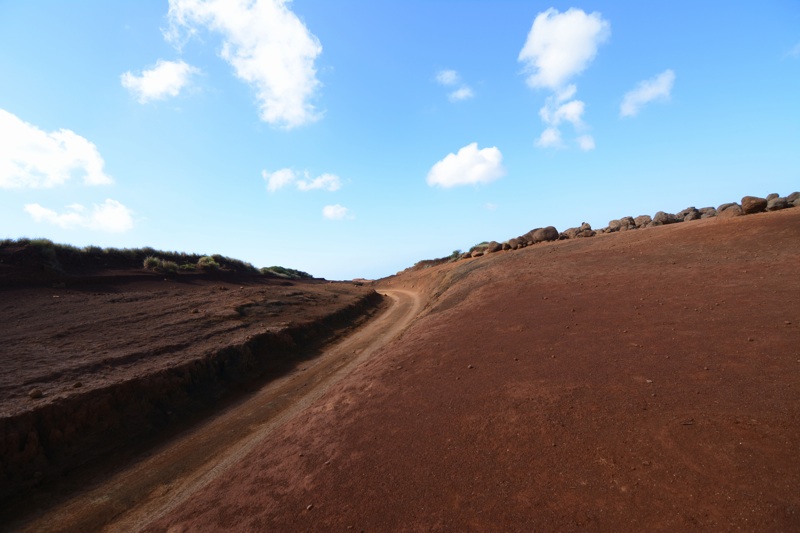 Water has always been a precious resource on Lanai, since the mountains of Molokai and Maui capture much of the rainfall before it has the chance to reach the island. An observation by rancher, George Munro, led to the planting of Cook Island pines throughout Lanai City, as well as Lanaihale, the highest mountain ridge of the island. 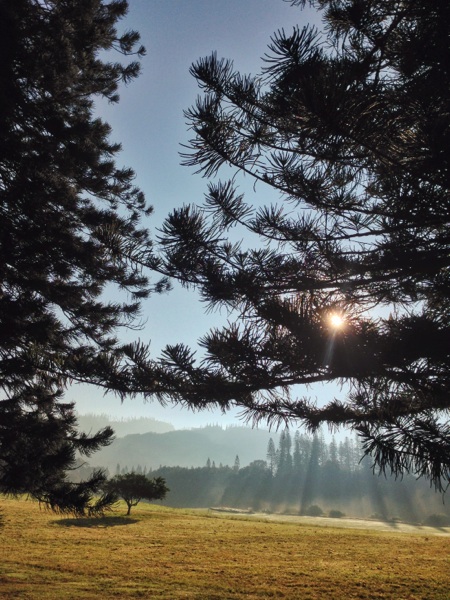 Pine trees aren’t exactly a tropical staple, but their needles’ ability to extract and condense moisture from the regular dense fog, provides Lanai with a much-needed natural water source. Thus on Lanai, palm and pine trees stand harmoniously alongside one another creating a unique paradox. 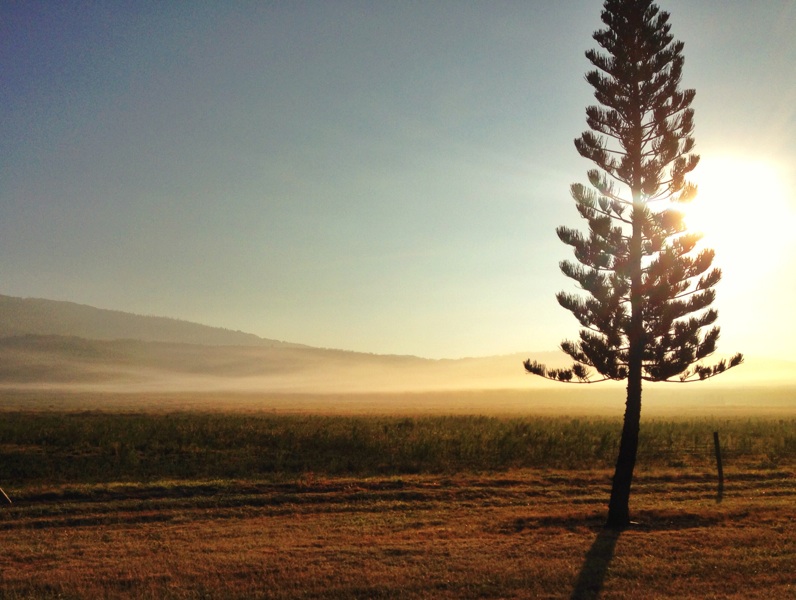 Not One, but Two, Four Seasons

Regular readers already know my affinity for Four Seasons properties; they are among some of my favorite hotels in the world. And what could be better than one Four Seasons? 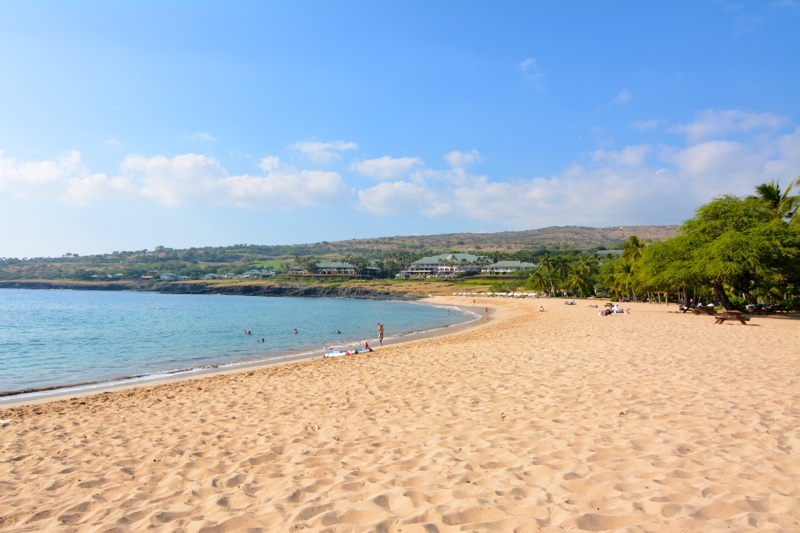 Lanai actually has two Four Seasons Resorts: Lodge at Koele and Manele Bay. The former is located in the mountains amongst the trees, while the latter overlooks the gorgeous Hulopoe Bay. It must be said that the Lodge at Koele will be closed for 2015 to house the workers who are renovating the Manele Bay property. 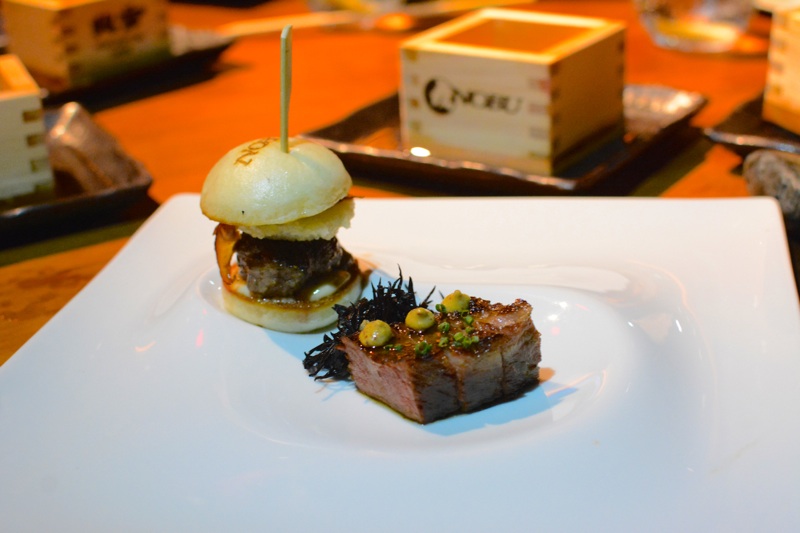 When I visited Manele Bay in December, many of the renovations were complete, including the west wing rooms, clubhouse, and spa. New restaurants include One Forty, Views, and Nobu {yes, that Nobu}. In the works include renovations to the east wing rooms, as well as a complete overhaul on the pool area that will include a serenity pool, family pool, swim up spas and bars, cabanas, and poolside dining {pending approval from the Lanai Planning Commission}. 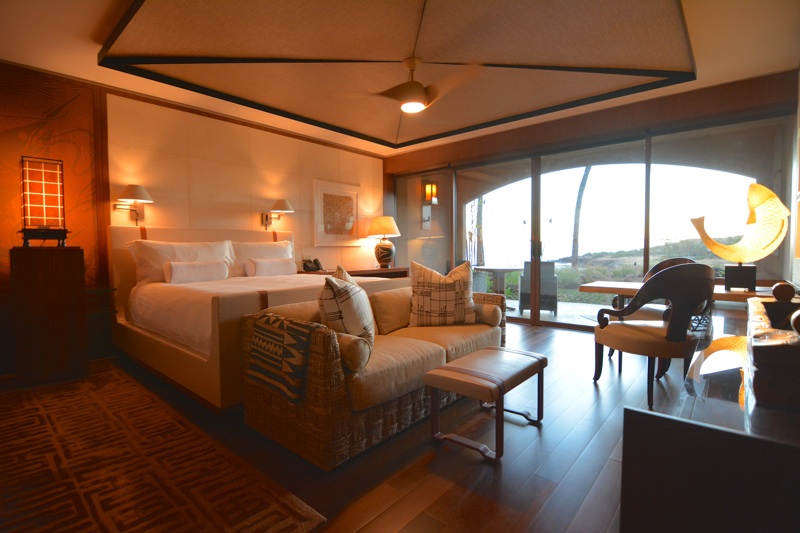 So, did the activity throughout the resort detract from my stay? Absolutely not. In fact, if I hadn’t been told about the work being done, I wouldn’t have even noticed. I stayed in one of the newly redesigned west wing suites and it easily makes my top ten list for all-time favorites. 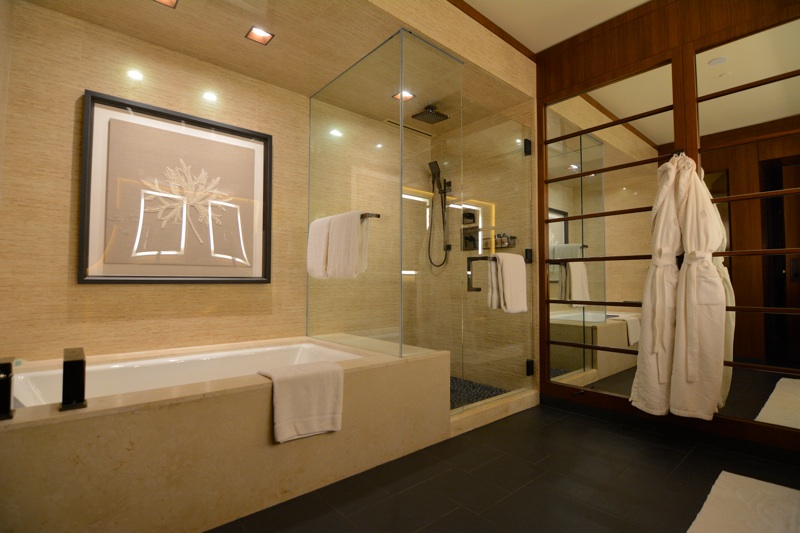 Updated with the latest in technology, my room featured an iPad, a specially-made 75-inch LED television, and the the most sophisticated toilet I’ve encountered. The neutral colors, high-end furnishings, mix of textures, and thoughtful nods to the Hawaiian culture were lovely, but the unobstructed views of the sun dipping into the Pacific each evening pleased me most. 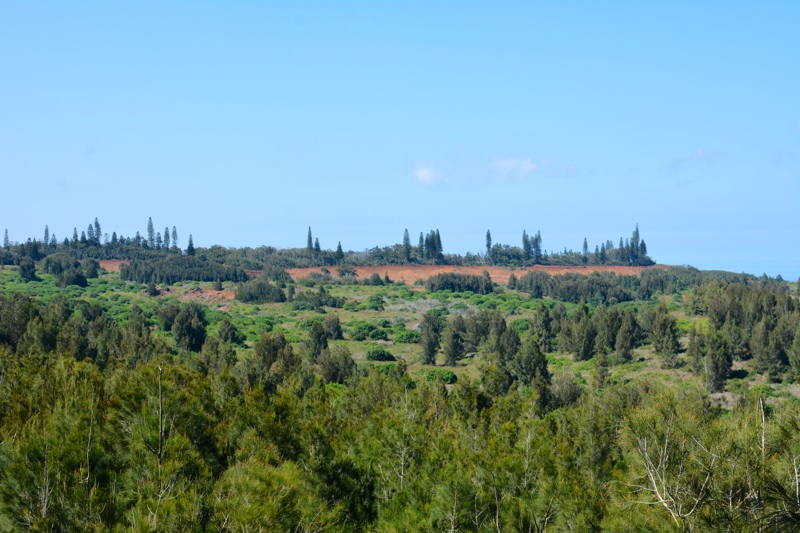 As previously mentioned, there are only about 3,000 full-time residents on Lanai. And given the fact that there are only a hand-full of hotels, there are countless opportunities to just be alone. The sound of silence can be heard on many of the islands hiking trails, including the seven mile Munro Trail, which takes visitors through ferns and pines to the summit of Lanaihale. On a clear morning, six islands can be seen from this vantage point. 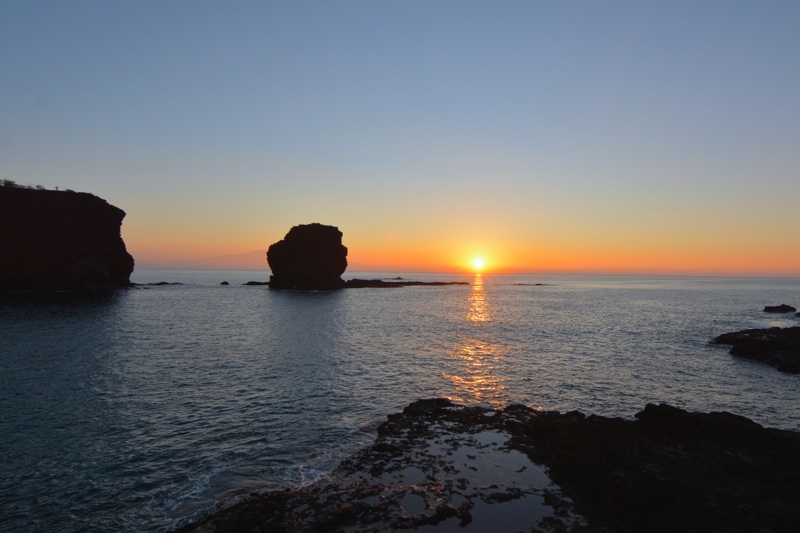 Wake up before the rest of Lanai and make the fifteen-minute hike from Four Seasons Manele Bay to see a brilliant sunrise at Puu Pehe, also known as Sweetheart Rock. Separating Hulopoe Bay from Manele Bay, Sweetheart Rock is not only one of the island’s most beautiful spots, but also is drenched in Hawaiian legend. 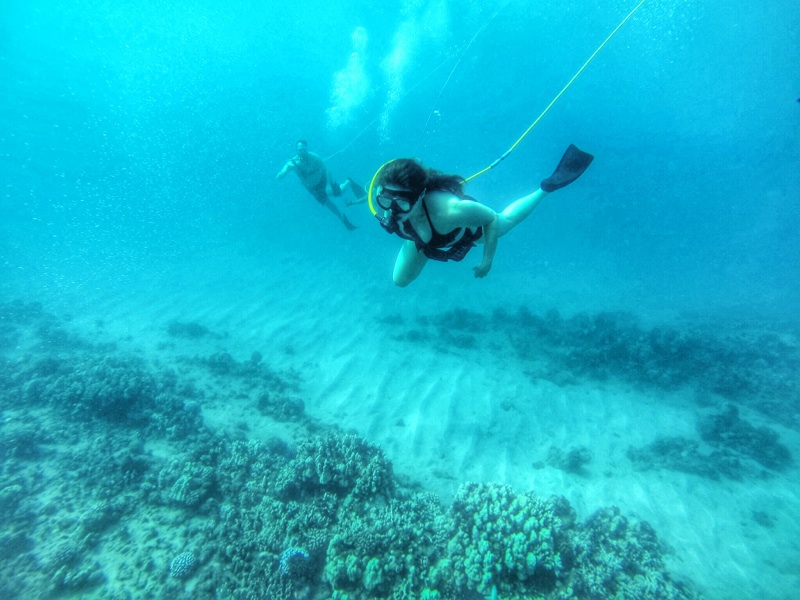 Although there are many outdoor opportunities on Lanai, time spent on the beach is essential. Hulopoe Beach Park is regularly named one of America’s best beaches, but even with the high accolade, you still won’t find it teeming with people. It’s also a great spot to snuba with Trilogy for those wanting a closer look at what lies below. 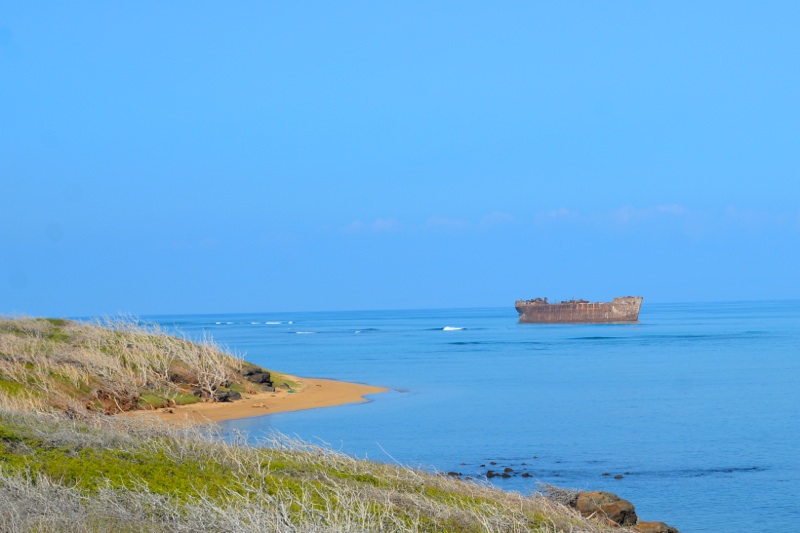 If you’re searching for complete solitude, odds are that it can be found at Polihua Beach. It’ll take a 4×4 and an hour’s drive to get there from Lanai City, but the two miles of white sand make it worth the trek. Getting to Kaiolohia, also known as Shipwreck Beach, is also an off-road experience. Thirty minutes north of Lanai City, Kaiolohia gets its nickname from the rusted World War II era ship that can be seen just off the coast. This eight-mile beach isn’t for swimming, but it’s a great place to spot turtles and other wildlife. Wander a bit off the beach and you’ll find the Kukui Point petroglyphs, which are marked by large, red boulders. 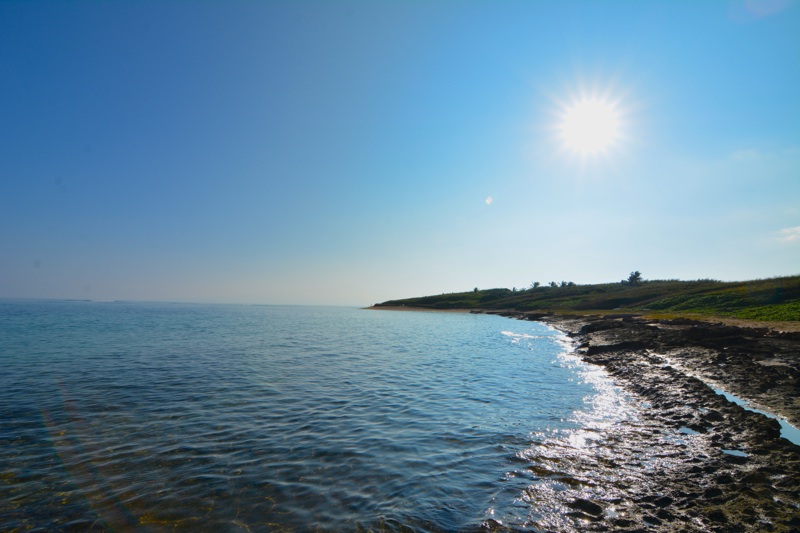 Whether hopping a short Island Air flight from one of the other islands or riding the ferry from Maui, Lanai is worth the trip. On Lanai, you can do as little or as much as you’d like–skeet shooting, horseback riding, golfing, or simply relaxing in the sun. Get yourself to Lanai before the rest of the world discovers this special little island. 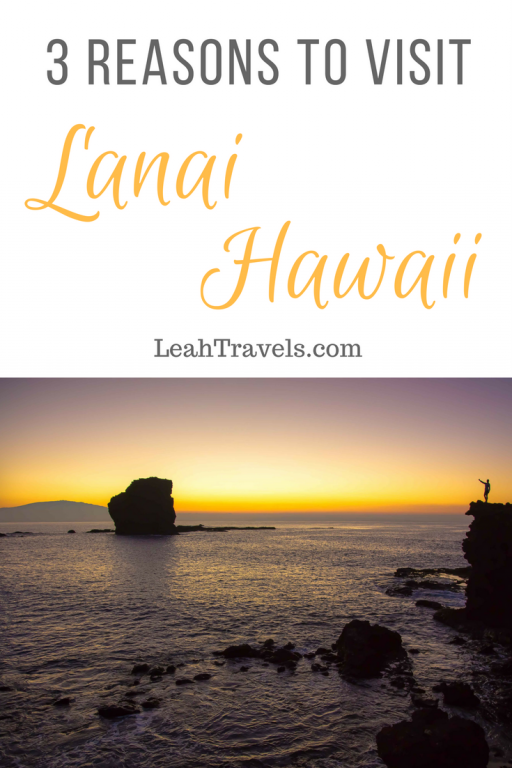 I was a guest of Visit Lanai. In no way was I swayed to write a positive review based on the sake tasting at Nobu, the awe-inspiring sunrises, or their hassle-free airport. As always, opinions are mine. A special thank you goes out to JD of earthXplorer for the featured photo.