I’m a Vegas junkie. If you know me outside of this site then this is no surprise. I took my first trip to the city of Las Vegas in spring of 1998 and haven’t looked back. If Sin City was a foreign country my passport would be filled with slot machine stamps. Conservatively estimating, I would say that I’ve landed at McCarran Airport thirty times, but it’s probably closer to thirty-five. The only thing keeping my visits from being in triple digits is money and time off. I love Vegas that much. 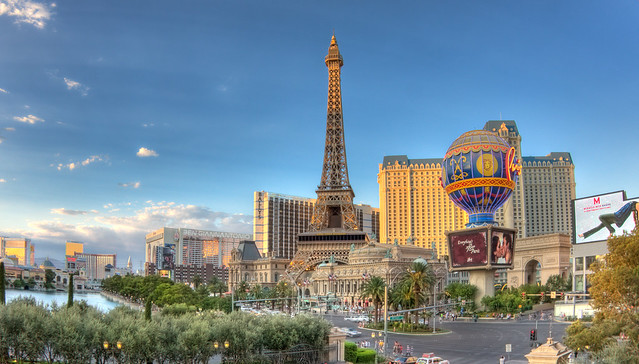 I realize that Vegas isn’t everybody’s cup of tea, and I’m just fine with that. The city is crowded enough as is. My love profession for Sin City is often met with bewilderment and shock. Known for its raucous night life and debauchery, Vegas doesn’t seem like my kind of place. After all, I’m not the dance-on-tables and drink-until-dawn kind of girl {anymore, at least}. With that being said, what is it about Vegas that I love so much? 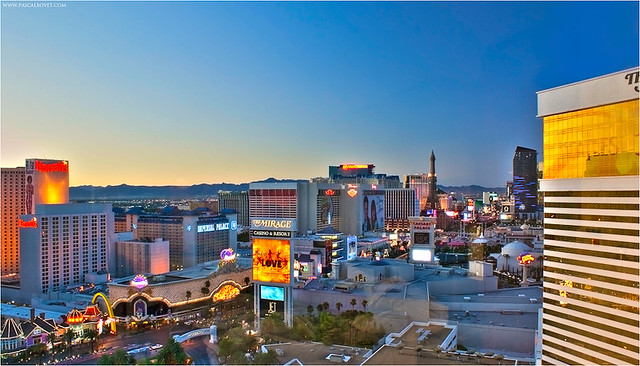 Given that I’m on Texas time and by nature an early riser, I always awake super early while in Las Vegas. After breakfast and much needed coffee, I like to hop in my rental car and cruise Las Vegas Boulevard. In the last five or so years, I’ve taken to staying downtown at the Golden Nugget, so I’ll start at the north end of the strip by the Stratosphere and work my way all the way down to Mandalay Bay. Only taxi cabs and locals heading to and from work after shift changes are on the road. The occasional group of girls carrying their high heels and wearing clothes from the night before stagger along the sidewalk, while a few runners get their exercise in for the day.

Mostly I get to see Las Vegas in her natural state, at least as natural she gets. I’m able to look beyond the dancing fountains, flashing lights, and gaudy look-at-me-now attractions. By getting up with the sun, I see Vegas without her thick, black eyeliner, false eyelashes, red lipstick, and teased bouffant hair. Gone are the rhinestone earrings, platform heels, and hoochie-mamma stripper clothes. I notice things like the Precious Slut Tattoo Parlor and a sign advertising the “Loosest Sluts in Town”. Though still not a natural beauty by any stretch of the imagination, early morning offers me a varied glimpse of this temptress that is rarely seen.

Before I started traveling the world, I saw it through the imaginations of Vegas architects. I saw the New York skyline, ate atop the Eiffel Tower, and stepped foot inside the pyramids of Luxor. I stepped back in time and saw ancient Rome and King Arthur’s court. I’ve been whisked away to the South Pacific, Rio, and Southeast Asia.

I was never foolish enough to think that what I saw in Vegas was a substitute for the real thing. But as I’ve traveled to some of the locales depicted in the desert, I can appreciate the attention to detail. Instead of seeing prefab, imitation marble statues, I see a nod to some of the world’s greatest works of art. A glimpse of a gondola at the Venetian sends me searching on my iPhone for flights on United. Yes, by getting out and actually seeing the world, I look at Vegas in an entirely different way. The city feeds my wanderlust like no other. 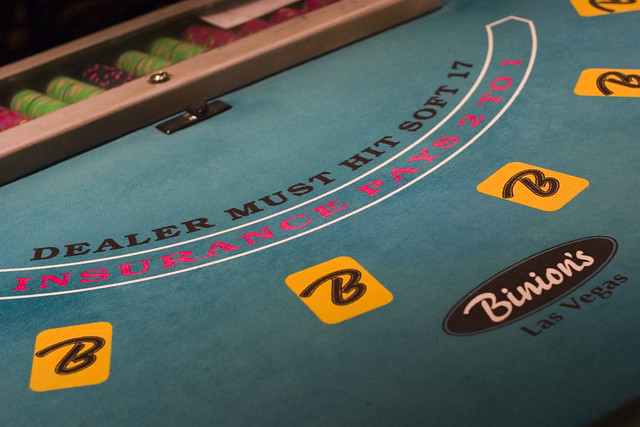 Let’s get real. What I love most about Las Vegas is the gambling, and more specifically, the blackjack tables. My passion for the game is so strong that I’ve even written a blackjack guide. I’ve laid my money down in many different cities and even other countries, but nothing beats classic Vegas. The smell of the felt, the crispness of the cards, and the clink of the chips makes my heart race like few other things. It’s intoxicating. The ding-ding of slot machines in the distance, the squeals delight, and the all-to-familiar sound of “cocktails” by the circling waitresses just adds to the atmosphere. Even the cigarette smell is tolerable in Las Vegas.

With so many places in the world that I’ve yet to see, I rarely visit a place twice. There’s just something about Las Vegas that draws me in like a moth to a flame. She’s a temptress, and I fall into her glitter-covered arms every chance I get.