Having visited New Orleans many times while living in Houston, I’ve grown to love the Crescent City for its energy and uniqueness. In fact, I find it, along with New York, to be the only American cities with distinct character. However, my trip in May was the first time I’d returned since moving to Paris. Given my acquired knowledge of all things French, the lens in which I looked at NOLA transformed. Peeling back a few centuries of evolvement, on this trip, I discovered the French heart of the city, with the help of my guides from Legendary Walking Tours. Settlers from France, Acadians from Canada, and the French West Indies, brought the French language, food, and architecture, but they also brought their joie de vivre. Thus, here’s where to find French history in New Orleans.

It’s always a party in New Orleans. Small krewes parade through the French Quarter each evening.

French History in New Orleans dates to the 17th century when the Crescent City was nothing but swampland. In 1682, the French laid claim to a huge chunk of North America and named it ‘La Louisaine’ in honor of the Duke of Orléans, who ruled France until the young Louis XV could ascend to power. Nearly two decades later, the French founded New Orleans for its prime position on the Mississippi River and the Gulf of Mexico. What’s known as the French Quarter was a military, shipping, and trading outpost laid out in a grid, with streets named after French royalty.

As the thriving capital of New France, King Louis XV passed New Orleans to his Spanish cousin {Charles III} in 1762, primarily to keep the city out of the hands of the British. The Spaniards ruled New Orleans for four turmoil-filled decades, though the French ways {language, food, and way of life} remained due in part to French Acadian refugees from Canada. After the French Revolution, Napoleon took back control of the territory for France, but then sold it all to the United States in 1803 as part of the Louisiana Purchase {Again, rather than lose it to the British}.

High walls that hide hidden courtyards and gardens are a mark of French/Spanish architecture.

Although New Orleans has become one of America’s greatest cities, its soul is still uniquely French. The fleur de lys was the emblem of French kings since the 12th century, and now it’s synonymous with Louisiana. The symbol adorns everything from the New Orleans city flag to the Saints’ football helmets. Indeed, New Orleans is steeped in French history.

Although known as the French Quarter or Vieux Carre, the oldest part of New Orleans was built primarily during Spanish rule. However, the Quarter’s street names are nods to France. Bourbon, Dauphine, Chartres, Conti, Burgundy, and Orleans are just a few that harken back to French nobility.

Wallace Fountains are ubiquitous in Paris. One now stands in NOLA’s Latrobe Park.

Despite which country was officially in charge when the French Quarter was developed, the architecture is a blend of French, Spanish, Creole, and even American influences. Intricate iron balconies, reminiscent of Haussmann’s Paris, appeared on New Orleans’ buildings after the mid-1800s when Micaela Almonester, Baroness de Pontalba added them to her row of apartments on Jackson Square, which are the oldest apartments in the country. Spanish by birth and French by marriage, the Baroness de Pontalba left her mark on the city before moving back to Paris, where she built Hôtel de Pontalba, now the official residence of the United States Ambassador to France.

As the patron saint of France, Joan of Arc also is also known as the ‘Maid of Orléans.’ A golden statue, a replica of one found in Paris’ Place des Pyramides, stands on Decatur Street. It was a gift from France to NOLA in the 1970s. Between the Joan of Arc statue and the French Market is Latrobe Park. Inside this small green space is a Wallace Fountain. Synonymous with Paris, these fountains were a gift to the city by Sir Richard Wallace and designed by Charles-August Lebourg. Their purpose was and still is to provide clean drinking water to all Parisians. Near Latrobe Park is the French Market. Spanning six blocks, the French Market is America’s oldest public market {1791}. Reminiscent of France’s marché culture, this historic market was originally founded as a Native American trading post.

Jackson Square was and still is a gathering place within New Orleans.

Once known as Place d’Armes, Jackson Square dates to 1721 when it was a trading post and parade ground for the French military. Renamed to honor Andrew Jackson, the hero of the Battle of New Orleans, the square was originally modeled after Paris’ oldest square—Place des Vosges. Once the location of public executions, Jackson Square is now home to musicians, artists, fortunetellers, tourists, and locals. Jackson Square is saturated in French history and is the quintessential postcard of the city.

Jackson Square is flanked on both sides by Baroness de Pontalba’s apartment buildings, but it’s the Saint Louis Cathedral and its triple steeples that stand out the most. The cathedral was named in honor of King Louis IX, the only French king to be canonized, and is the oldest continuously operating cathedral in the United States. Thanks to a hurricane and the great fire of 1788, the current building is the third in Jackson Square and dates to 1794. The cathedral’s clock and bell came from Paris and can still be heard on the hour. In French, the bell is inscribed, Braves Louisianais, cette cloche dont le nom est Victoire a été fondue en mémoire de la glorieuse journée du 8 Janvier 1815 {Brave people of Louisiana, this clock, whose name is Victory, was cast in memory of the glorious 8th of January, 1815}.

The rear of St. Louis Cathedral from Rue Orléans


On either side of the Saint Louis Cathedral are the matching Cabildo and Presbytère, both of which are now museums. The Cabildo was once the seat of government for the Spanish and French. It was also where the Louisiana Purchase was signed, in which the French gave over 800,000 square miles of land to the United States in 1803. Inside the Cabildo, there are several relics from the Napoleonic era, including Napoleon’s Death Mask, one of four known to exist. The Presbytère was built on the site of Capuchin monks and used as a commercial building, as well as a courthouse. Today, this museum boasts permanent exhibitions about Mardi Gras and Hurricane Katrina.

The haunted Andrew Jackson Hotel was a boys’ boarding school before becoming a US courthouse.

Like a great gumbo roux, French influence is the base for the delectable city of New Orleans. However, over the last 3.5 centuries, New Orleans has morphed from France’s American colony to standing on its own as one of the world’s best cities. This former swampland has survived Colonialism, slavery, the Civil War, fires, and hurricanes. It’s given birth to jazz and inspired a legion of authors and artists. Cajun and Creole cuisines are the most identifiable regional cuisines in America and serve as a tapestry of the city’s past.

New Orleans is my favorite American city. I love it for the music that spills into the streets and the quirky cast of characters that call the city home. Its haunted history, fortunetellers, and voodoo queens intrigue me. During this most recent trip, I thought, “I could live here.” It’s not only because of the deep French history in New Orleans, but also because of what the city is today. No matter how the Crescent City continues to morph, I hope that the joie de vivre always remains. There is like no other place in the world like New Orleans. 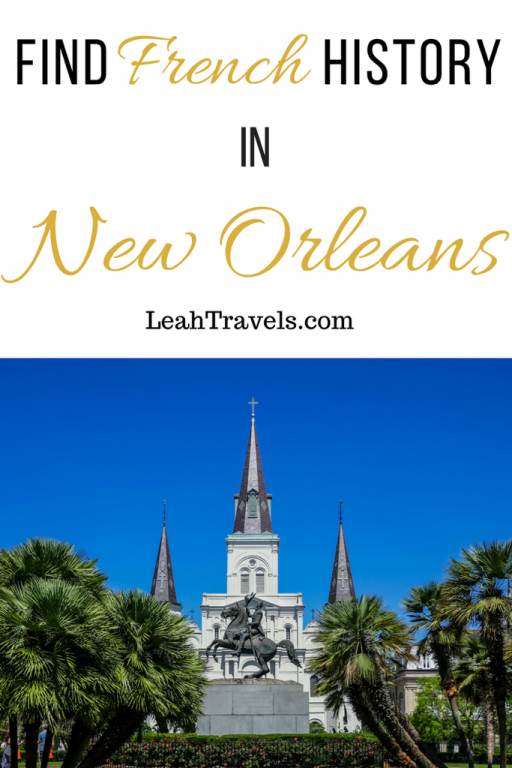 A special thank you goes out to Pelican New Orleans. From my airport transpiration to tours, I couldn’t have asked for a better experience. I highly recommend Audubon Limousine, the plantation tour with Cajun Encounters, and the ghost tour with Legendary Walking Tours.

As for New Orleans accommodations, I have high praise for the properties of the New Orleans Hotel Collection. These historic boutique hotels are located in the heart of the French Quarter and exemplify the New Orleans hospitality. I stayed at the Bourbon Orleans, Hotel Mazarin, but I visited all of their properties.