It would be a gross understatement to say that Paris calls to me. Rather, I am Odysseus entranced by the sweet song of the seductive Sirens. The distinctive melody of French police cars and screeching subway brakes are music to my ears. Combine those sounds with the flicks of cigarette lighters, the hum of Vespas, and the clink of wine glasses, and my Parisian soundtrack is more delicious and intoxicating than a bottle of 2001 Clos de Vougeot.

Perhaps my obsession with the City of Light is a bit cliché. After all, millions of people cross oceans each year for a glimpse of La Tour Eiffel. I freely admit that the sight of the iconic landmark never gets old. Day or night, I find myself bewitched. For me, it’s not the Eiffel Tower, per se, but instead what it represents: I’m in freakin’ Paris! 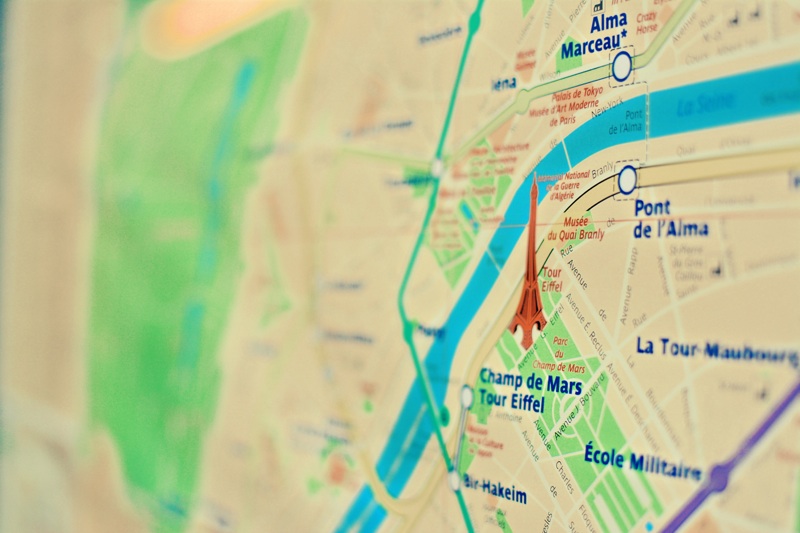 I’m a bit late to the Paris party, having only visited for the first time in December of 2012. Since then, I’ve made it a point to see the Seine each time I’ve been in Europe, which happens to be an inordinate amount of time, or so I’m told. Three times in 2014 I’ve indulged in my Parisian obsession, with the most recent trip being in July.

Each time I return to Paris, I want to discover a new arrondissement. This past trip it was the 17th, home to Montparnasse and its rich art history. Though as exciting as it is to unearth something different, I also love revisiting my favorite districts–Saint-Germain-des-Prés, Latin Quarter, and Montmartre. Each with a distinctive personality, I find the fact that they’re in the same city intriguing.

Until July, I had no idea what the city looked like without a veil of clouds, rain, and frost of winter. I suppose I’m like Owen Wilson’s character from Midnight in Paris–I like the city in the rain, and I probably would have adored it in the 1920s.

Alas, July was my first trip during a Parisian summer, and a mid-morning Saturday stroll through the steep, sloping streets of Montmartre was in order. After a leisurely breakfast of breads, juice, and coffee at the bottom of the hill, I began my ascension through the narrow, cobblestone roads of Montmartre. Carefully avoiding the ever-growing throng of tourists, I poked my head into closed gates and walked up empty staircases. I saw tiny, hidden parks and a number of homes that would do just fine.

In January, I’d seen the village in the 18th arrondissement aglow with Christmas lights, and in March, it was cold and wet. But in July, the former stomping ground of Picasso, Renoir, and Matisse, was bursting with the color of an artist’s palette. Montmartre was a beautiful woman who’d shed her dark, woolen layers in favor of a boho-chic sundress. Her once-pale skin was now sunkissed, and her lips perfectly stained with the color of rosé vin.

In this colorful neighborhood, I couldn’t help but be drawn to green. Whether it was the grass, grape vines, worn paint on shutters, or fruit stands, the verdant hue begged me to pull out my camera. Thus, in the footsteps of Malaysia in Gold and Austria in White, I give you the next installment of my “A World of Color” series–Montmartre in Green. 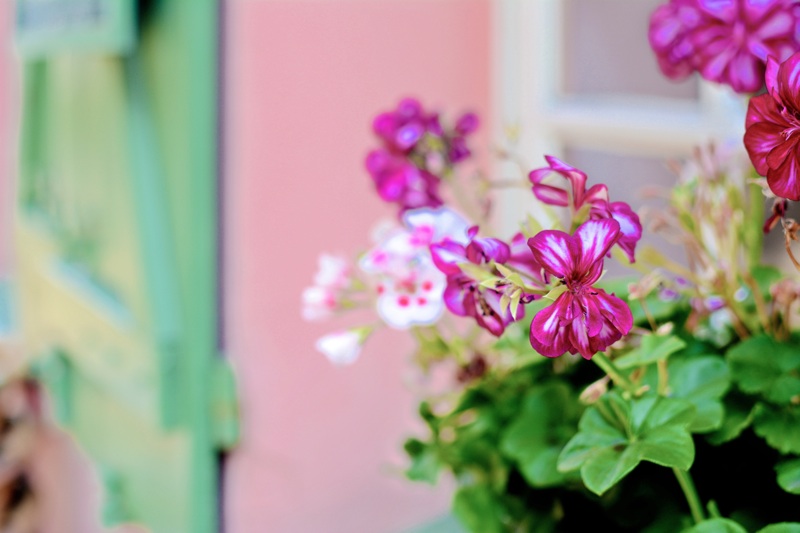 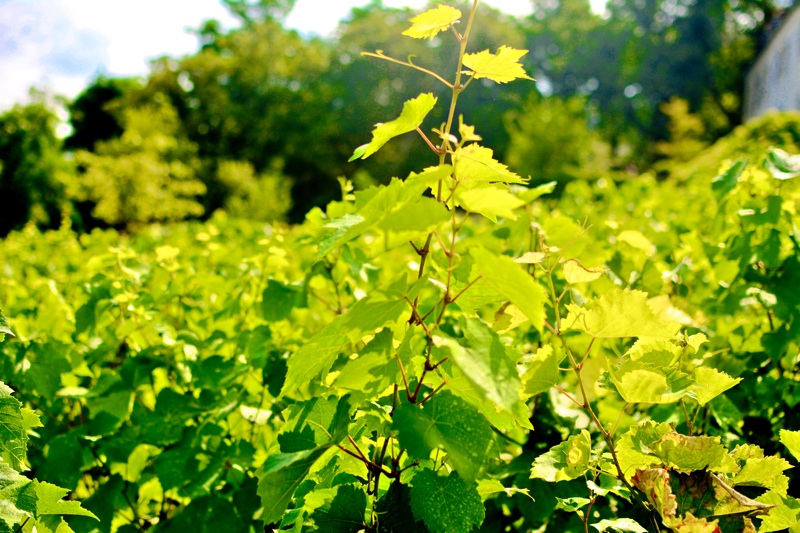 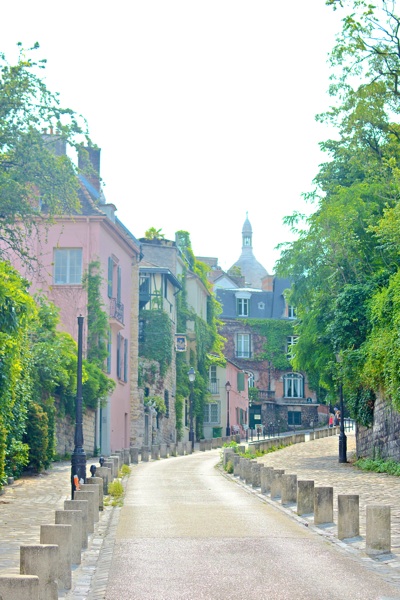 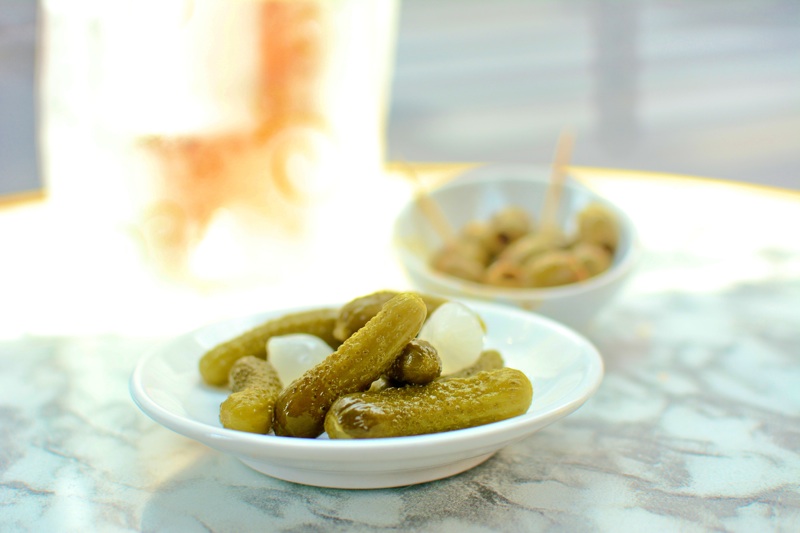 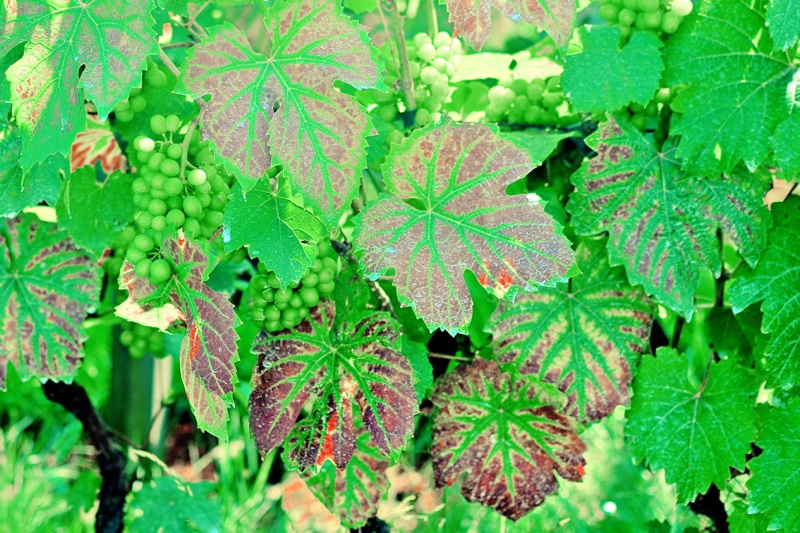 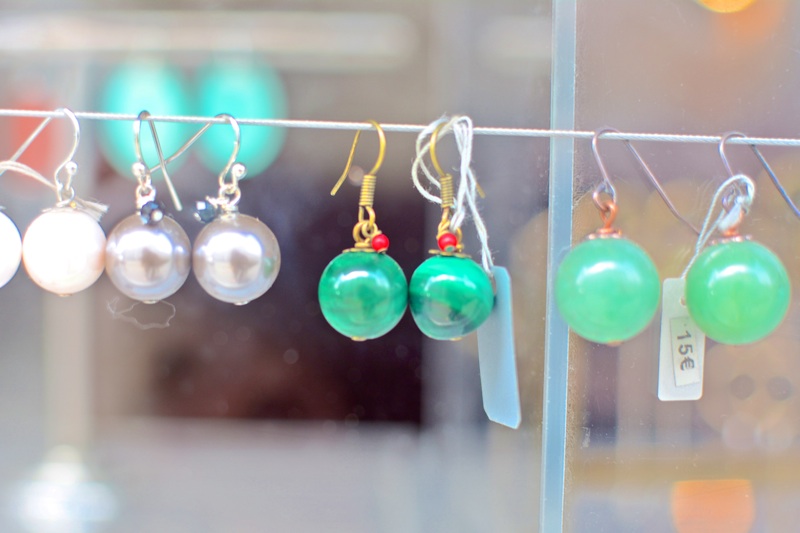 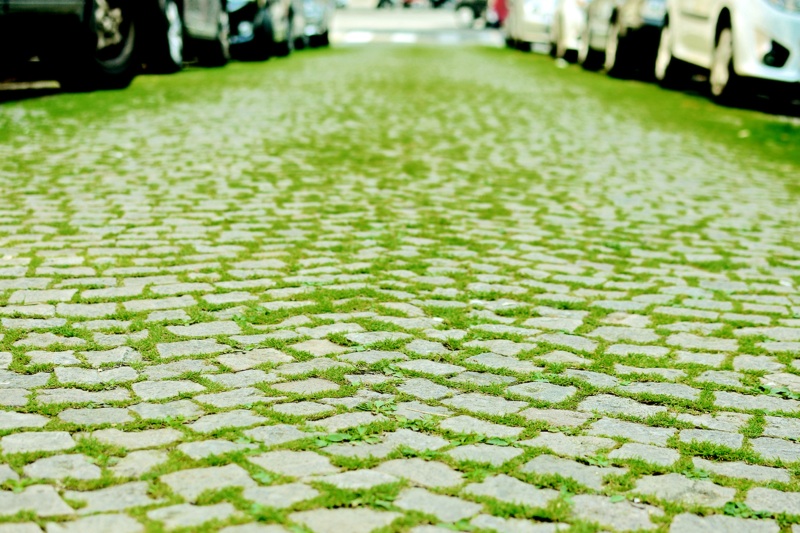 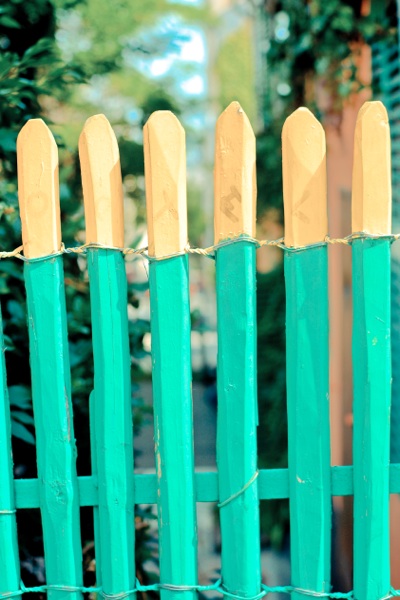 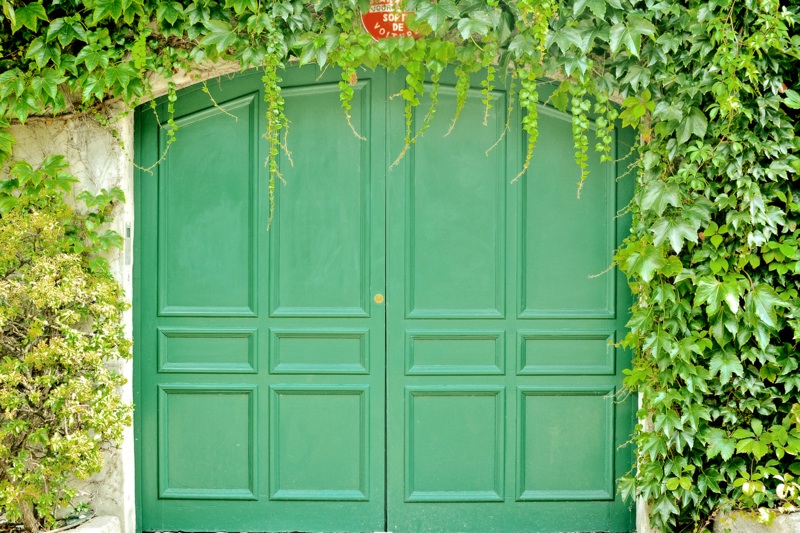 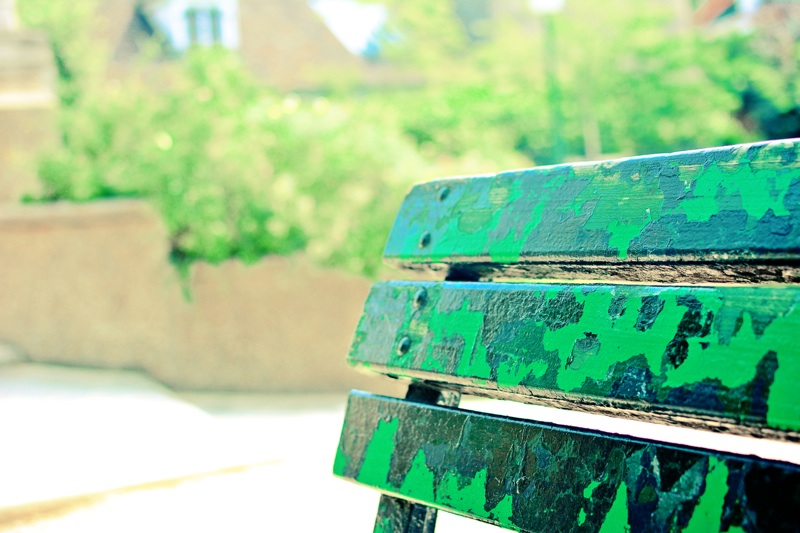 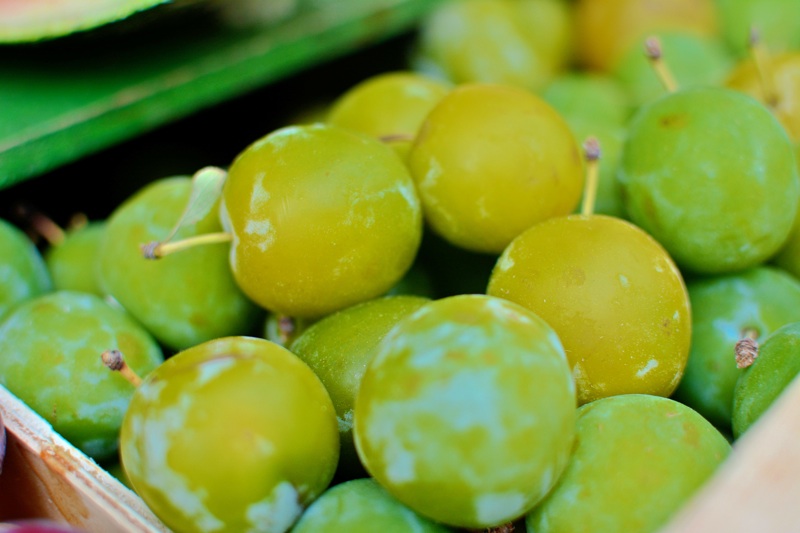 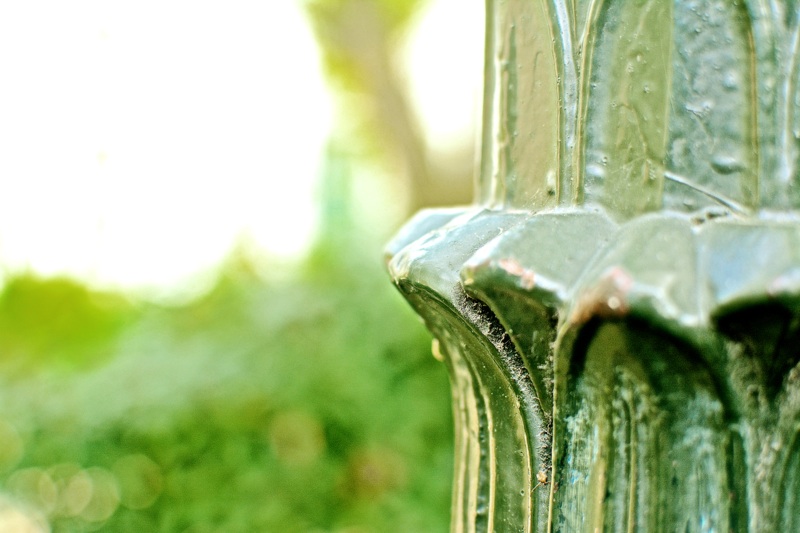 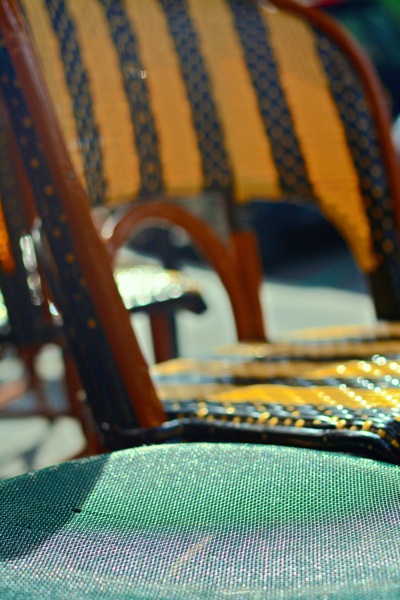 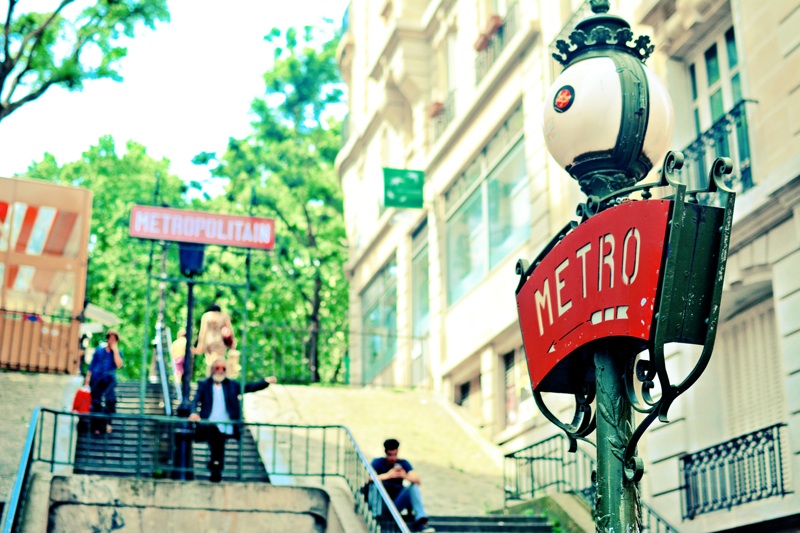 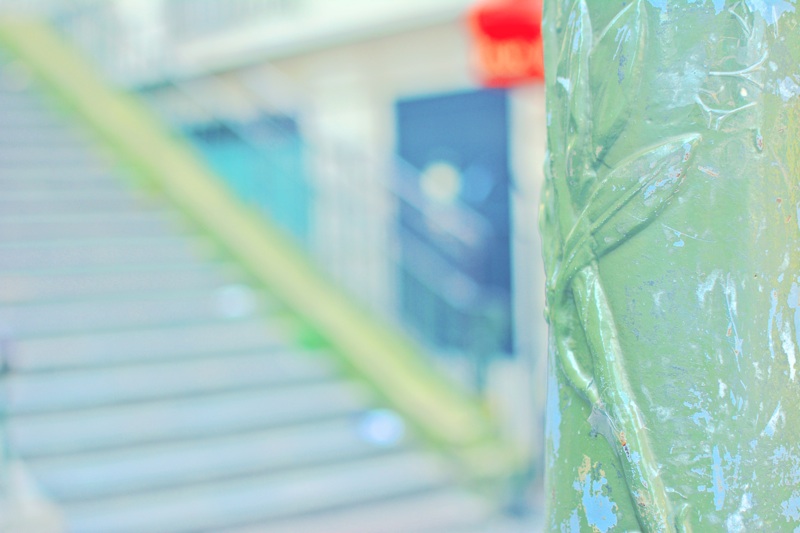 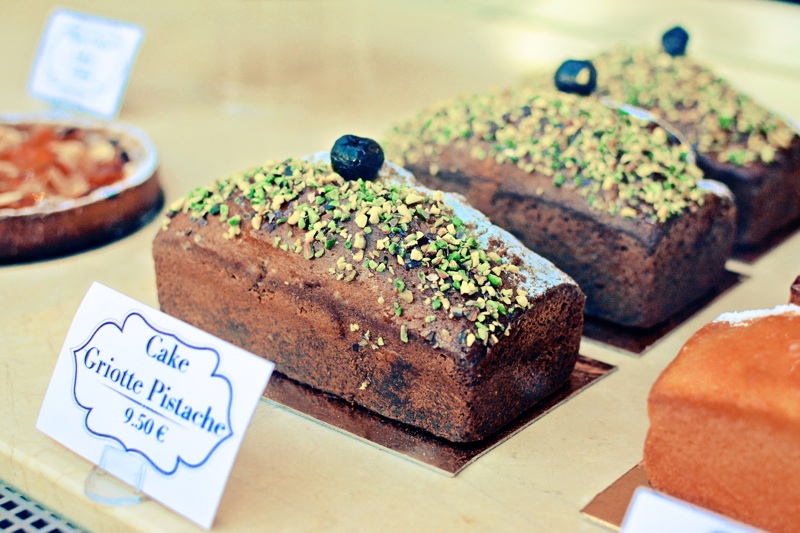 Another Bite out of the Bittersweet Big Apple