It was time for me to leave my brief life in Singapore. I had a 2:15 am flight out, so I headed to the airport around 11 pm. I managed to flag down an unusually chatty driver, not that I minded; it took my mind off leaving that wonderful country. 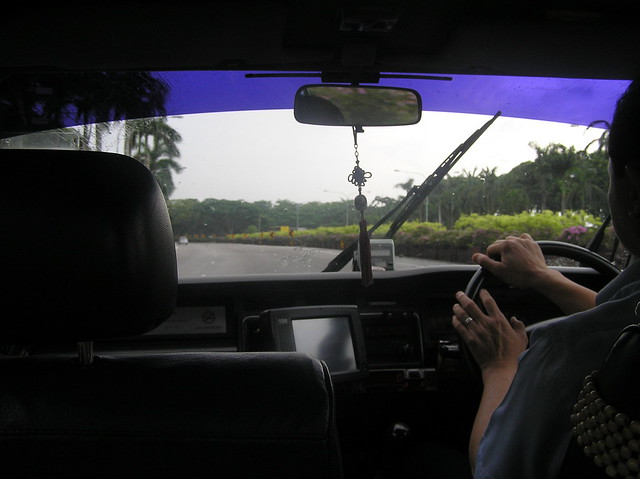 The driver asked me the usual questions like, “What do you do? What did you like most? When are you coming back? When are you going to have baby?”

“Oh, yes, you and you husband have many baby. I know it. It never too late to start.”

I said, “Well, I’m in my mid-thirties, and that’s not really in our plans.”

Was I really going to have to tell my cab drive that I had no desire for children? Fortunately, I didn’t have to as we were at the airport. I thanked him with a $6 tip, and was on my way.

In a distance the cabbie shouted, “Maybe I see you again soon with lots of baby!” 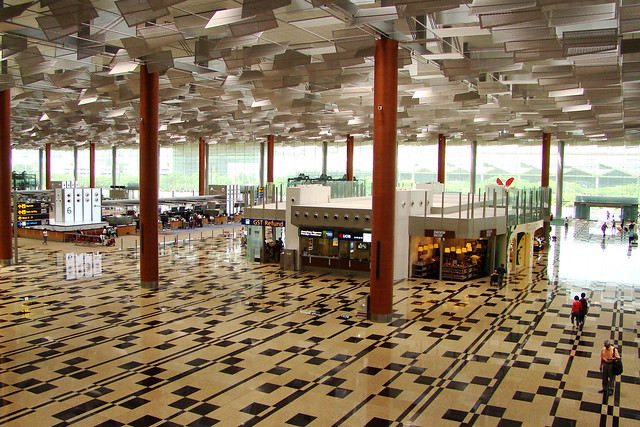 After making my way to my unopened gate, I set up camp. I sat near the travelator and passed the time playing Mejong Tiles and listening to my iPod.

I was reminded sooner than I had hoped about my tendency to become quickly irritated, mildly grumpy, and somewhat impatient when it comes to misbehaving children. {The previous statement might just be a gross understatement, by the way.} “For the love of God and my sanity, what is going on with those kids?” I thought to myself. My hands instinctively went to my temples. Fortunate that Bose makes a damn fine set of ear buds, the screaming was slightly dulled, but the banging was not. The travelator I was sitting against was motion activated and made a loud“whoosh” sound when it started. So for an hour, I felt “bam” and then heard “whoosh.” 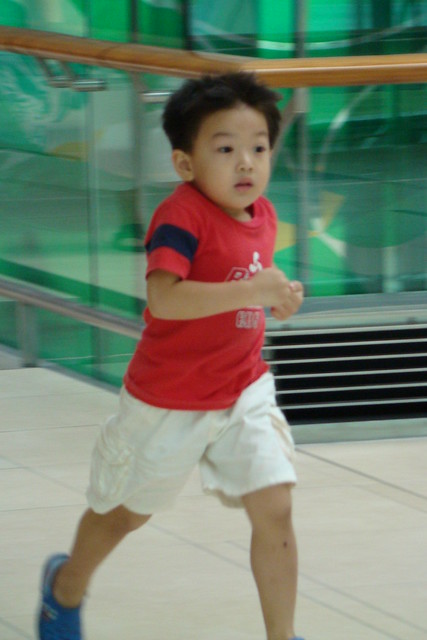 A couple of five-year old boys and a four-year old girl were the cause of all this commotion. In my book, they were old enough to be grabbed by the arm, and told to sit down and behave. I looked around to see who their mom might be. I saw her, and she was holding a crying baby. Great. Maybe I shouldn’t have complained about the drunk, loud Russians who repeatedly hit me {yes, put their hands on me} on the way to Singapore.

As a former teacher I am accustomed to dealing with other people’s misbehaving children. Sometimes I forget that I’m not at school though. Usually a stern drunk, loud Russianslook does the trick. For a slight second, I felt sorry for the mom. Not only did she have a screaming baby, but she also had toddlers to contend with. My brief compassion ran out when she gave the older son the baby’s rattle, and he shook it incessantly. 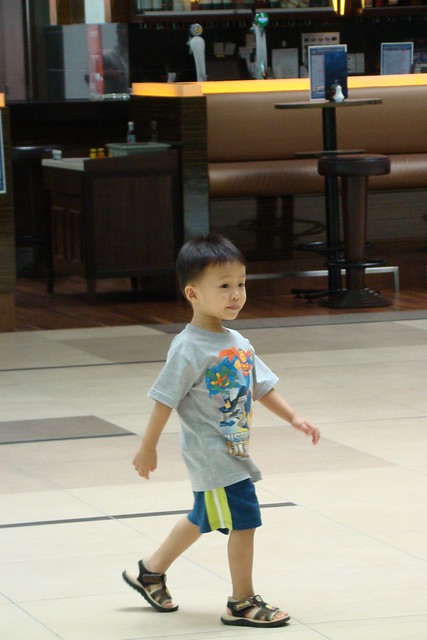 It was time to board and first class and families were able to load first. When I saw the mom and her three children heading towards the gate, I also saw a small legion of family members. She was not on her own at all! I sooooo almost felt empathy for her, but it turns out that Grandma, Grandpa, and Aunt {who also had a five year old daughter} were all along for the trip. 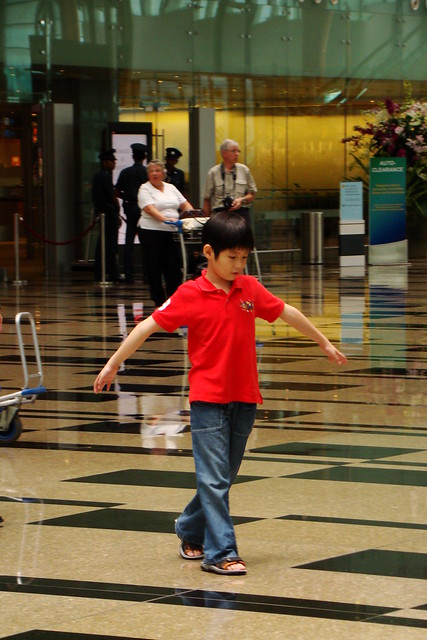 What were these people doing when their kids were terrorizing Terminal 2, Gate 26? Mad was an understatement, as I could feel my right temple about to burst from my need-to-be-washed head. Surely the children would have gotten that energy out of their system before boarding the plane. They would be exhausted, watch cartoons, and sleep.

I purposely picked the back region of the plane; it was less crowded on my flight to Singapore. I also was aware where the bassinet seats were, so I carefully avoided them, too. As I slipped through the countless number of business class seats, on past the first section of economy, I removed the curtains to reveal my home for the next 22 hours.

No. No. No. No. No. They were in my section, albeit at the front and me near the back. It was still too close for my liking. The trip could still be saved if I had three seats to myself. I would be gold despite the gymnastics team practicing their routine on my flight to Moscow. I got settled, watched a movie, ate dinner, took an Ambien, and then went to sleep.

Because of the drugs {and the white wine}, I was a little groggy, but I was certain I felt a reverberation. I think I wiped the drool off my cheek and fell back into my slumber. Again, boom-boom-boom-boom woke me up. I became a little more coherent, and pulled the blanket off of my face to see what was happening. The seatbelt light was still on, so it could have just been a dream.

I began to drift off once again, when I heard boom-boom-thud-hehehehe. That’s what I heard, but what I felt was a small head driven into my left tricep. I looked over, and those two kids, now with the help of their cousin, were running up and down the aisles. One ran into my arm!

I looked around for someone coming after them, but not a single person was around. I looked across the middle aisles, and a white dress, yellow t-shirt, and blue sweater streaked past the passengers on the other side of the plane. 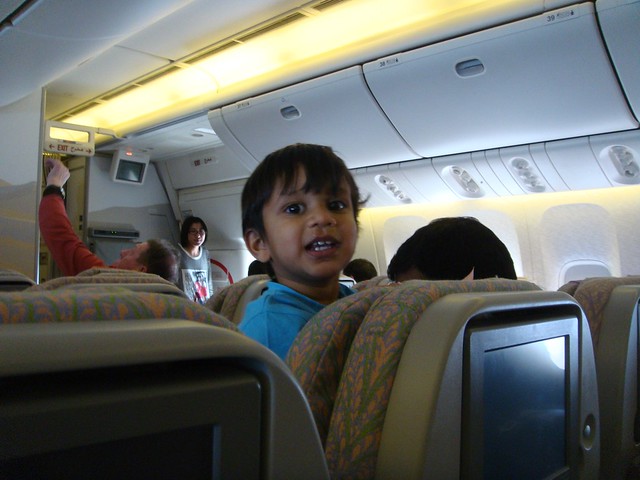 Are you kidding me? I understand 11 hours, not to mention 22 hours are a long time to be on a plane for anyone, much less a kid. However, this was ridiculous. They again went by me, around through the kitchen, up to the front where their seats were. I looked at Grandpa, and he was just laughing and playing with them. I glanced over, and Mom and baby were both asleep. I thought that must be nice. 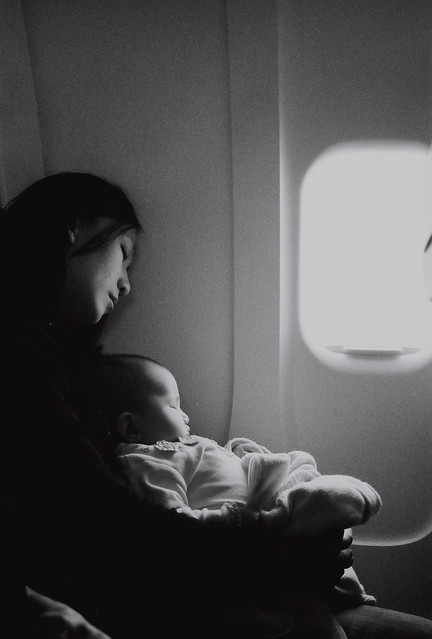 Mom was obviously exhausted, and she was getting no help from the rest of her family. I felt sorry for her. I decided that I would do my part to help Mom and the rest of the 345 passengers on the plane. When the three kids ran by, I lowered my now-injured left arm to stop them. They stopped, and I snapped at them and told them to settle down. They did, but not for long. The only thing that I could figure out was that there was an endless Mountain Dew fountain and a cotton candy machine somewhere on that plane.

We landed in Moscow, and I offered up a prayer to the travel gods that this was the family’s final destination. All passengers collected their belongings and exited the plane. I knew the drill at this point. We had to go through Russian security before we could re-board and continue our flight to Houston.

After a quick hour, we were able to board for the second 11-hour leg. Things were looking up. I hadn’t seen the family yet, and I had three open seats. I knew that I would get some quality sleep. I made a palate with one of the extra blankets, lifted the middle arm rests and reclined them, piled my pillows up against the window, and took another Ambien. I found Shangri la. It didn’t take long for sleep to arrive.

Apparently, the travel gods did not hear my prayer or maybe they simply chose to ignore it.

Low and behold if the kids didn’t run down the aisle and slam into my feet. Really? Are we still letting the children have the run of the cabin? What is wrong with the family that allows their kids to act in such a manner? What is wrong with the flight attendants who are paid to control the cabin and make sure passengers are not disturbed? All that must go out the window, so to speak, when it comes to others’ children. I, for one, do not and will not, subscribe to this way of thinking. 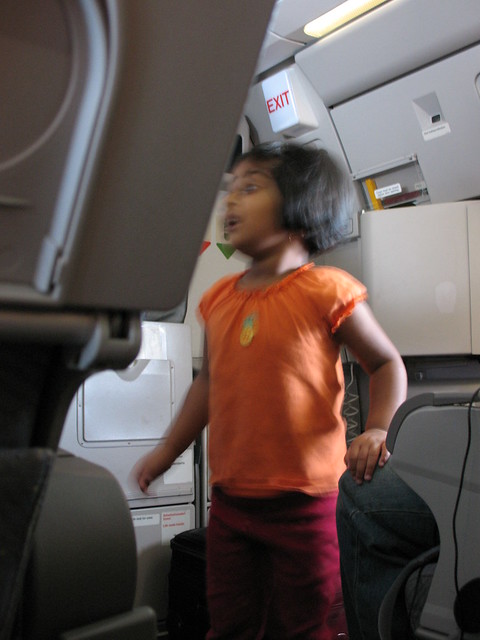 That was enough. I was going to do something, but what? I wasn’t even sure they spoke English. I knew something they would understand though. The next time I heard them running close to my area, I extended my legs into the aisle. The first time they ran into them, and like a pinball, bounced back from the direction in which they came. The second time they stopped and went around the other direction. The third time, I happened to meet them  by the bathroom. They stopped in their tracks and looked up at me as I glared down at them. Immediately the three children turned tail and walked back to their seats. I did not see or hear from them again. 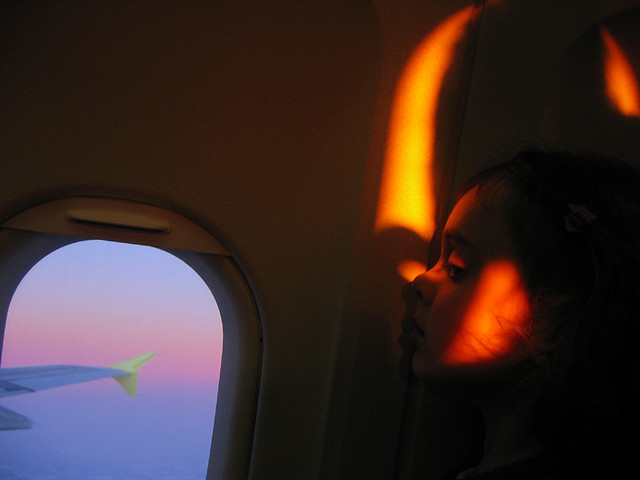 I had two theories: 1. My childish tactics scared them into their seats or 2. They crashed really hard from the Mountain Dew and cotton candy highs.

Either way, I couldn’t care less. But I know my airport cabbie wouldn’t think it such a grand idea for me to have children had he bared witness to the incidents that transpired over a mere 22 hours.

Taking it Easy in the Big Easy: 36 Hours in NOLA