Before September, my experiences in Paris included sleeping in super-luxurious, five-star hotels and decadent dining in internationally acclaimed restaurants. Luggage rarely touched my hand and black cars with dark tinted windows chauffeured me to my next destination. I suppose it’s technically my reality since I’m actually experiencing it. However, that is not my real life, nor is it for most Parisians.

By partnering with an apartment rental company, I wanted to experience Paris as a local rather than the pampered guest of a palace hotel. There would be no concierge to help me find a market, nor would there be maid service to bring fresh towels. No, I would have to figure out the washing machine instructions in French and where to buy limes, which surprisingly isn’t as simple as it sounds, all on my lonesome. Absent would be the driver, instead I’d navigate the metro or walk. 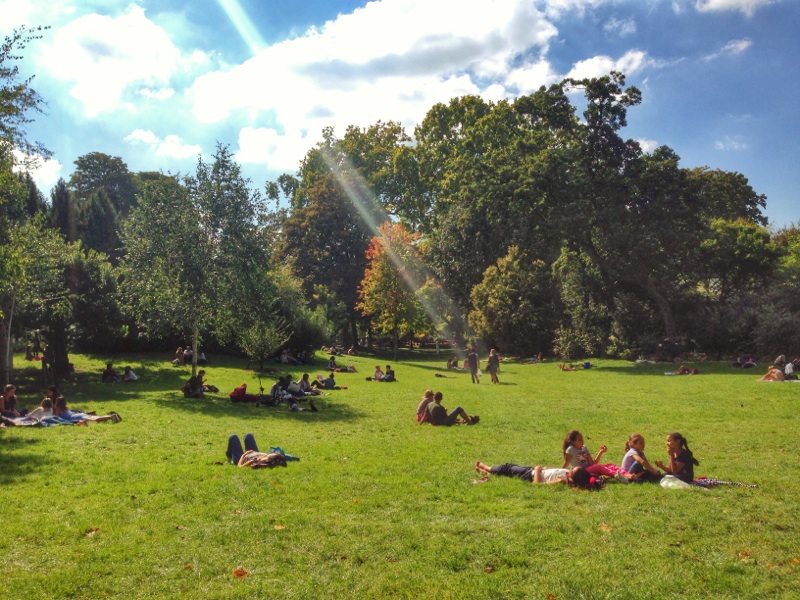 I’ve proclaimed Paris to be my favorite city in the world. How could it not be given the lovely people I’ve met, coupled with my extraordinary opportunities? But, had I put the city on a pedestal simply because of the royal treatment I’d previously received? I’ve coveted the idea of living in Paris since first visiting, and I felt like a month in an apartment would give me a small taste of what it’s like to live in the world’s #1 tourist destination. Although it’s not nearly as glamorous as a luxury hotel, I crazily yearned for this sort of experience.

I’ve stayed in Parisian apartments on two previous occasions, but those were shorter trips—two to five nights. This was the first time I would completely unpack my bags. Clothes were hung; shoes found their temporary home; and toiletries were laid out in the bathroom cabinet. For someone who’s on the road most of the time, this was a strange feeling, one in which I relished.

Not only could I fill my closet, but also a refrigerator and pantry. One of the benefits of an apartment, after all, is the ability to cook and chill wine sans ice bucket. Oddly enough, I’d missed trips to the grocery store in the sort of way that big-city transplants miss driving. What seems like a mundane chore and necessary evil to some is most often appreciated only after absent from one’s life. Not that buying milk felt as liberating as a spur-of-the-moment road trip to Versailles, but knowing that I would be in a place long enough to finish the quart of milk was. 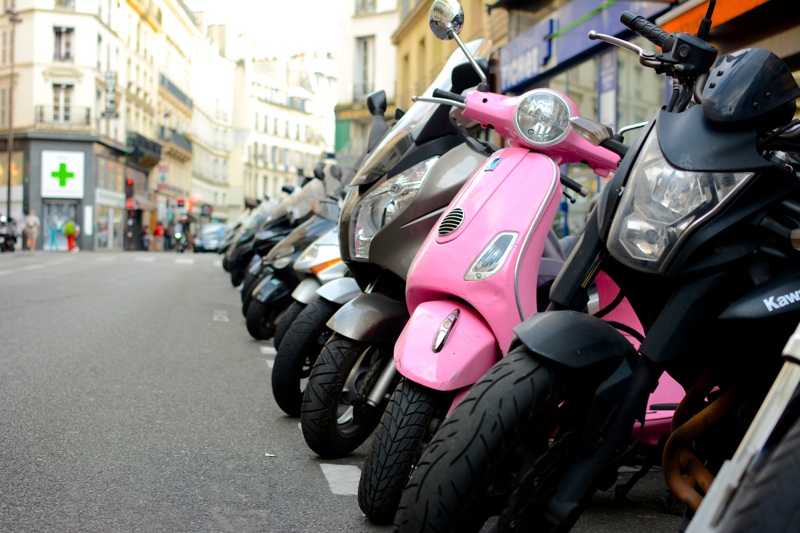 It’s interesting how quickly we acclimate to new surroundings. What was once foreign soon becomes our new normal. With my apartment window open, I could hear the rise and fall of my building’s small dumpsters. I could set my watch to tape ripping as boxes from the bridal shop below were prepared for the morning UPS pick-up. Chimes from the nearby clock tower rang out from dawn to dusk with precision timing. On Sunday mornings, the silence was deafening. These sounds, along with the buzz of Vespas and squeaking of metro brakes, became the soundtrack of my September in Paris. It’s a spectacular song that rivals any by Serge Gainsbourg.

Because I speak no French, conversations in restaurants, the metro, and on the street became white noise. I couldn’t understand what was being said, so essentially they were ignored. Instead, I focused on the visuals of the city, particularly my Bonne Nouvelle neighborhood. My street was littered with furriers, milliners, and sushi restaurants. I could see the famous Rex Theater from the entrance of my building, along with the familiar sights of McDonald’s and Starbucks {which I loathed}.

With two lines and multiple entrances, I quickly learned to navigate my neighborhood’s stations and dread the 108 steps needed to exit Grands Boulevard. I knew what time employees at the nearby PNB Paribas took their smoke, coffee, and lunch breaks. On trips to the grocery store, I walked past the same homeless man in the exact same spot, but only on weekdays. I suppose even the French homeless need the weekends to recharge their batteries. I developed a sense of community, despite not knowing a single other person’s name. 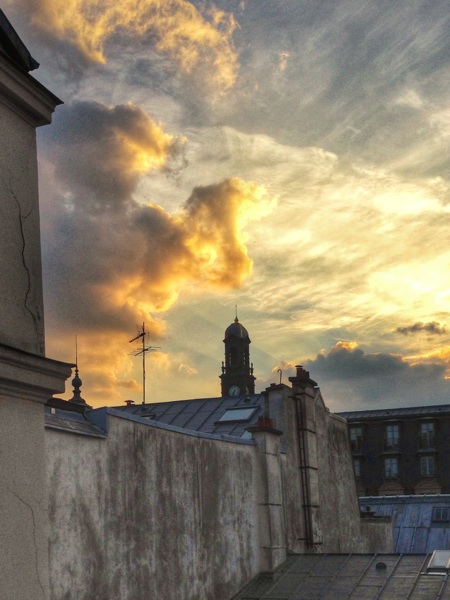 This little area of Paris’ 9th arrondissement became my home, if only for a little while. I had a key—an actual key—rather than a plastic, computer-coded card. I had a regular sandwich place where I was recognized. The grocery store clerks knew me well enough to know that merci and au revoir were essentially the only words I could utter in French. Not being able to properly communicate is a humbling experience, but in my case, familiarity bred compassion rather than contempt.

Life is not all rosy in Paris, just like every other place in the world. It’s not like there is some cocoon that envelops this gorgeous city and protects the people in it from heartbreak or hunger. One look at those in the metro station and that image is abolished. A smile is often taken for flirtation and actual communication amongst strangers is a rarity. It’s frustrating, especially for someone who grew up south of the Mason-Dixon Line, where grins and pleasantries are exchanged even between mortal enemies.

For a non-Parisian, living in the city is like playing checkers, yet never given a set of rules. From afar the game seems simple and even enjoyable, but taking a seat at the table is another story. Customs and communication are foreign and easily misunderstood. Navigating the red and black board can be maddening, filled with wrong moves and missteps. It’s a strategic game, one that requires intensive observation and study in order to become successful. 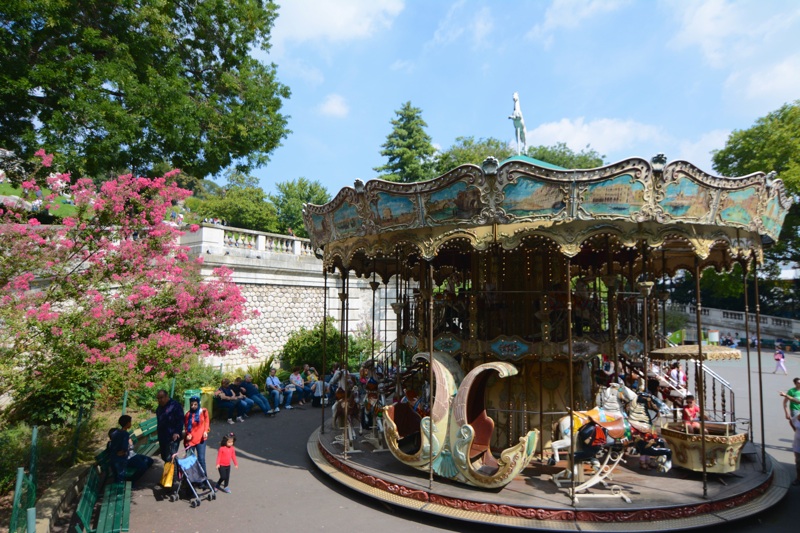 In the past four weeks I feel like I’ve acclimated a bit to the Parisian way of life. Don’t get me wrong, it still pains me to walk by a real estate office and see a studio selling for 350,000 euro. However, now a lunch bill for one person totaling 30 euro doesn’t seem that bad. I’ll still give up my seat on the metro for the elderly, offer directions to lost tourists, and help mothers with strollers down the stairs. I’d like to think that my manners and character transcend geography.

About an hour before checking out of the apartment, I gathered the contents of my refrigerator into a Monoprix plastic bag. Just like countless times before, I took the exact same path up rue du Faubourg Poissonniere. I found the homeless man who lived near my building. From ten paces away, I noticed that he had a bag of grapes and a paper container of fresh McDonald’s fries in his lap. Only eating one fry at a time, he continued to look down. Wearing my leopard-print loafers, I stood above him and offered the bag of ham, butter, and jelly, as well as two euros to buy bread. His eyes were icy-blue and his voice sincere– “Merci beaucoup, mademoiselle. Merci beaucoup.”

I’d walked past this man at least fifty times in the last month. I couldn’t tell you his eye color, yet he probably could have described every single pair of shoes I’d brought to Paris, along with so many others that regularly walk the same route. It was then that I realized I would miss quite a bit about my new-found home—the dinging of the clock, squeaking of the dumpster lid, and even the man sitting quietly on the corner with a McDonald’s coffee cup filled with a few euros.

So, living in Paris isn’t some sort of fairy tale where Bordeaux wine flows from the faucet and accordions provide the perfect Parisian ambiance for a stroll in Saint-Germain-des-Prés. Instead, my September in Paris turned out to be a microcosm of real life. I had some extreme highs, filled with opportunities I could’ve never imagined. I was befriended by several sincere people and reconnected with others that I’d met on previous trips to Paris. There were also a few disappointments. 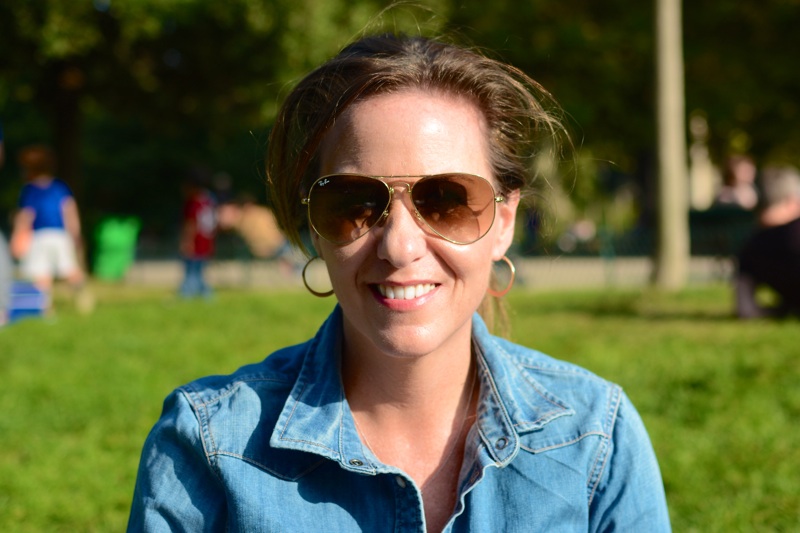 Despite all the complexities, this September in Paris made me love this city more than I could ever imagine. It wasn’t exactly the month I thought it would be, but if everything went according to plan then life would be disgustingly mundane. Can you imagine? I’ll take that unexpected curve above a straight highway any day. Living in such a manner is nothing if not invigorating, though it’s certainly not for those seeking the path of least resistance.

So, do I still covet living in Paris?