I adore Austria and think it should be on everyone’s travel wish list. Whether visiting the pristine city of Vienna, the mountains of Tyrol, or the stunning town of Salzburg, Austria is a treasure trove of culture, history, culinary specialties, wine, and breathtaking nature. I’ve had the pleasure of spending quite a bit of time in Austria over the last three years. With each return, I discover more that I love about this central European country.

In October, I had the pleasure of returning to Salzburg for the 50th anniversary celebrating the release of the classic film, The Sound of Music. Alas, there were no Julie Andrews and Christopher Plummer present, but there were some of the actors that played the Von Trapp children, as well as members of the actual Von Trapp family. I attended a press conference at the Leopoldskron Palace featuring the governor of Salzburgerland, the mayor of Salzburg, as well as a gala in the famed Summer Riding School with performances from The Sound of Music stage show and the Mozarteum Orchestra. 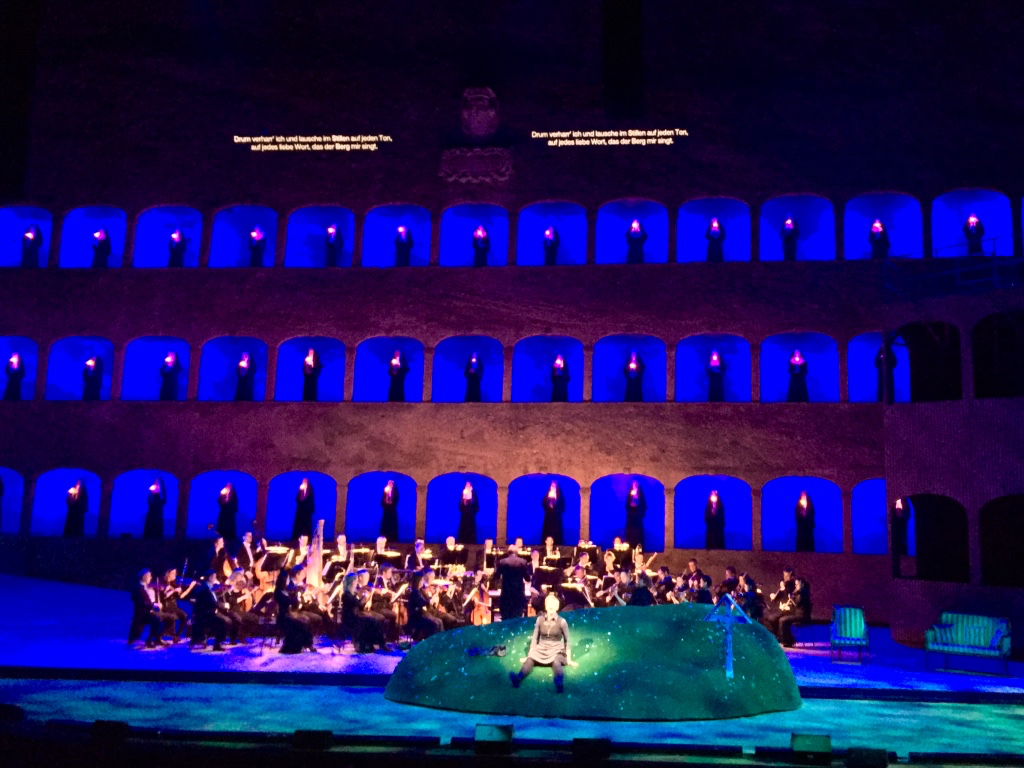 Like most Americans {and British, Australian, as well as Chinese and Japanese—go figure}, I grew up with The Sound of Music movie. The songs are engrained in our popular culture, but I never was fanatical about the film.

On my first trip to Salzburg, I wanted to discover the city’s history and connection to Mozart. However on my second, I saw the city through The Sound of Music lens. And what happened, besides the constant soundtrack of “Raindrops on roses and whiskers on kittens…” in my head, is that I felt a kinship with the millions of people from around the world {655,000 overnight stays in 2014} that are drawn to the city of Salzburg for the film alone. 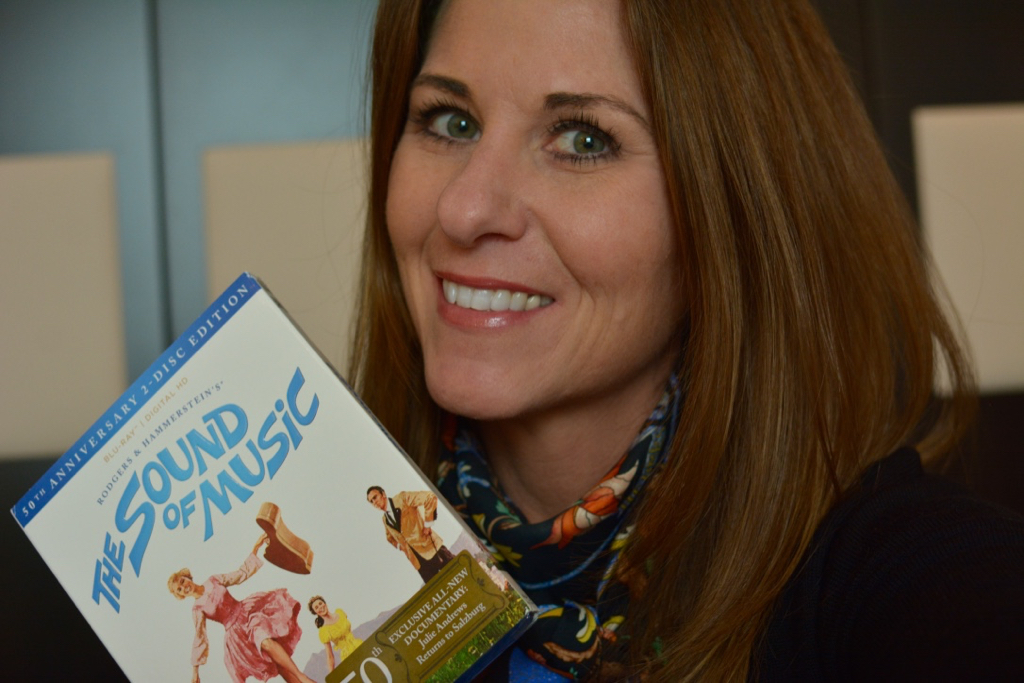 You don’t need to be a Sound of Music super-fan to appreciate this aspect of the city that is cemented into its identity. Salzburg played a staring role and film shooting occurred in some of the most historical and beautiful locations in and around the city. Thus, I’ve put together five of my favorite places that appear in the film, but are also significant in terms of history and beauty. 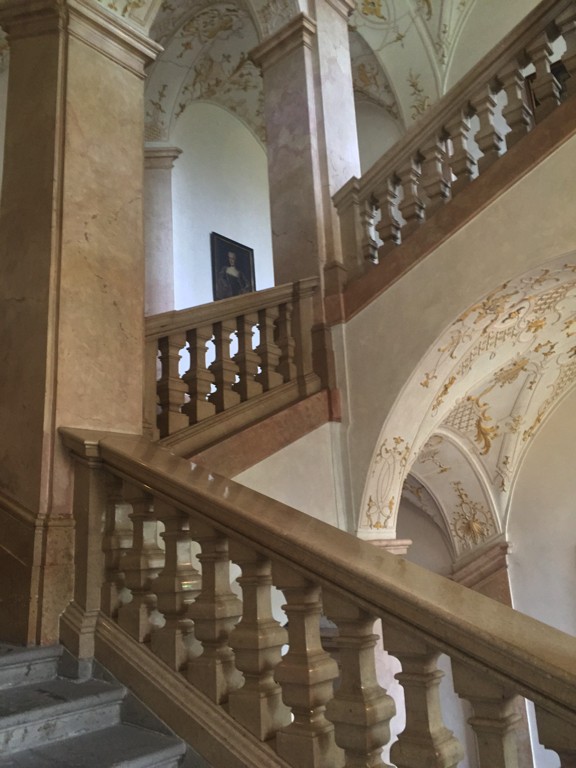 Dating to 1736, Leopoldskron Palace was built at the request of Leopold Anton Freiherr von Firmian, the Prince Archbishop of Salzburg. Once the royal family’s estate, it’s now a luxury hotel. Whether in one of the 55 recently converted rooms located in the Meierhof or in a Schloss suite, booking a night is the only way to visit Leopoldskron Palace. Located just outside of the city center, it’s a serene spot where you’re sure to sleep like a royal. 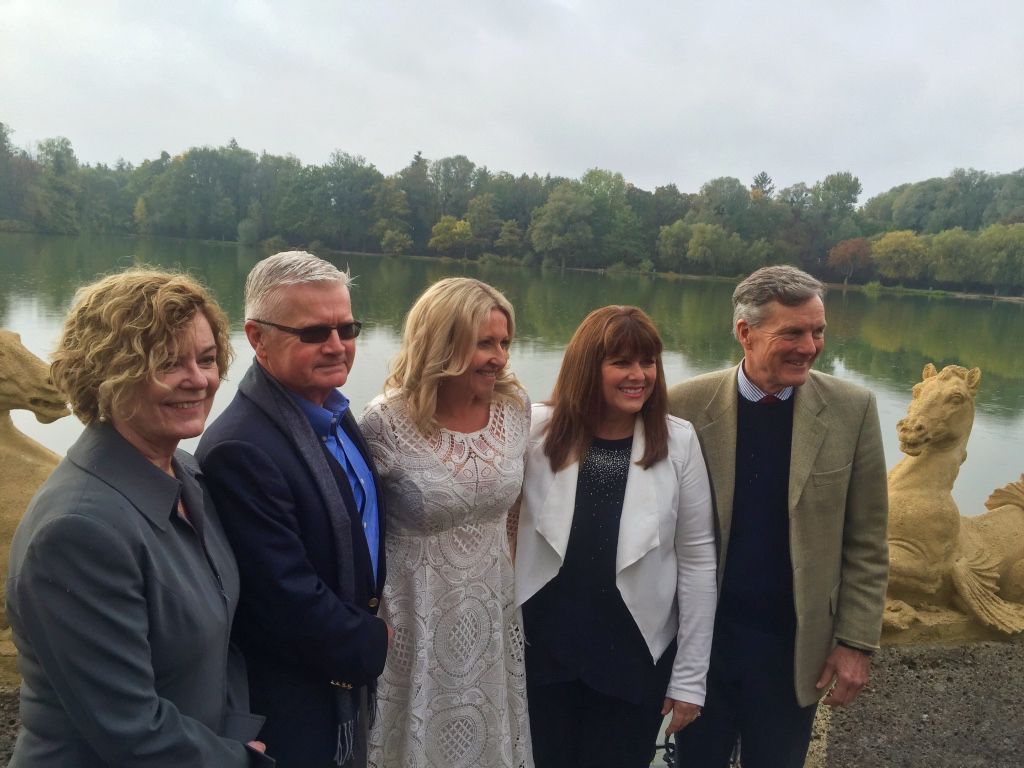 Film Appearance: The palace was used as the Von Trapp’s villa. It can be seen in the ball-dancing scene with Maria and the Baron, the terrace cocktail scene, and the falling in the lake scene. 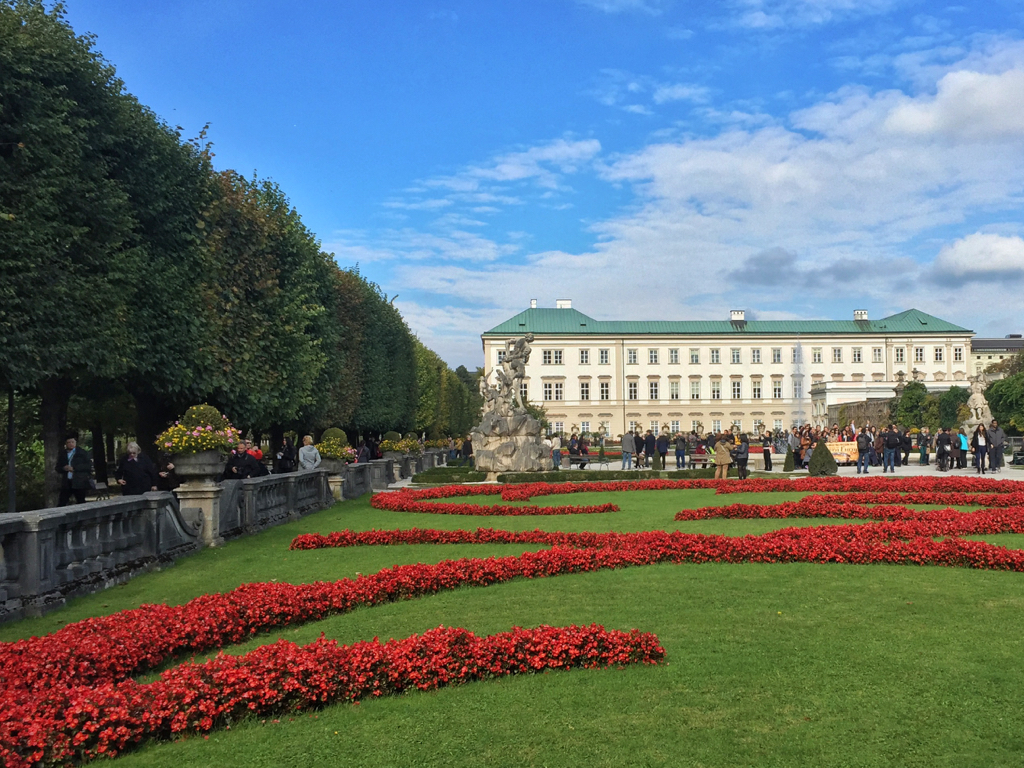 Behind the Mirabell Palace are its famous gardens. Free to visit, the Mirabell Gardens have been redesigned over centuries by various emperors, but it was Franz Josef that made the gardens open to the public. Since then, this green space has been a popular place for locals and visitors alike. 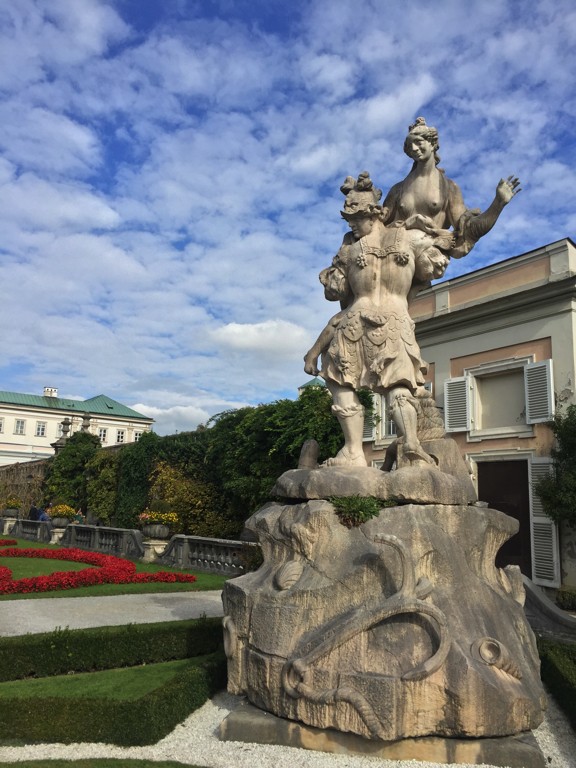 The Pegasus Fountain, four statues by Ottavio Mosto, the Hedge Theater, Dwarf Gardens, and Orangerie are just a few of the sights to see.

Film Appearance: The gardens are the backdrop to Maria and the children singing “Do-Re-Mi.” 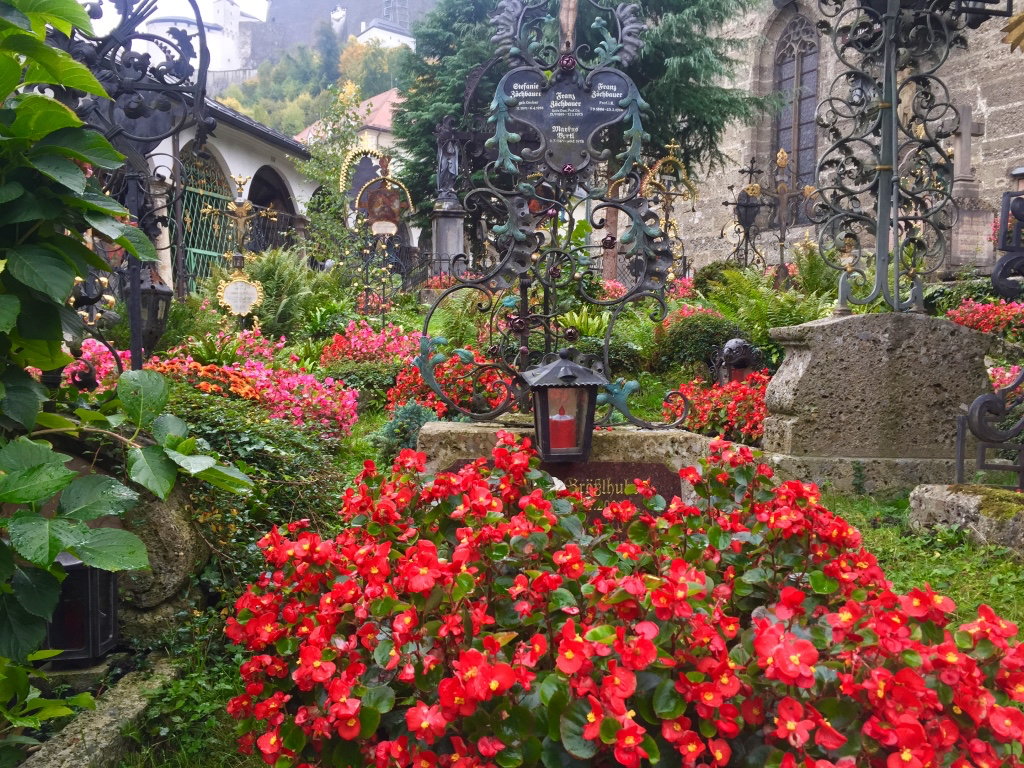 As one of the oldest cemeteries in the word dating to 700 AD, St. Peter’s {or Petersfriedhof} Cemetery is a must-visit place in Salzburg. This is the eternal resting place for some of the city’s most aristocratic families, including Mozart’s sister. Baroque porticoes, crypts, wrought-iron crosses, catacombs, and chapels— Maximuskapelle and the Gertraudenkapelle —fill this tranquil spot at the foot of the Festungsberg.

Film Appearance: This is the scene where the Von Trapp family is hiding from Nazi capture. The children hide behind the tombstones. 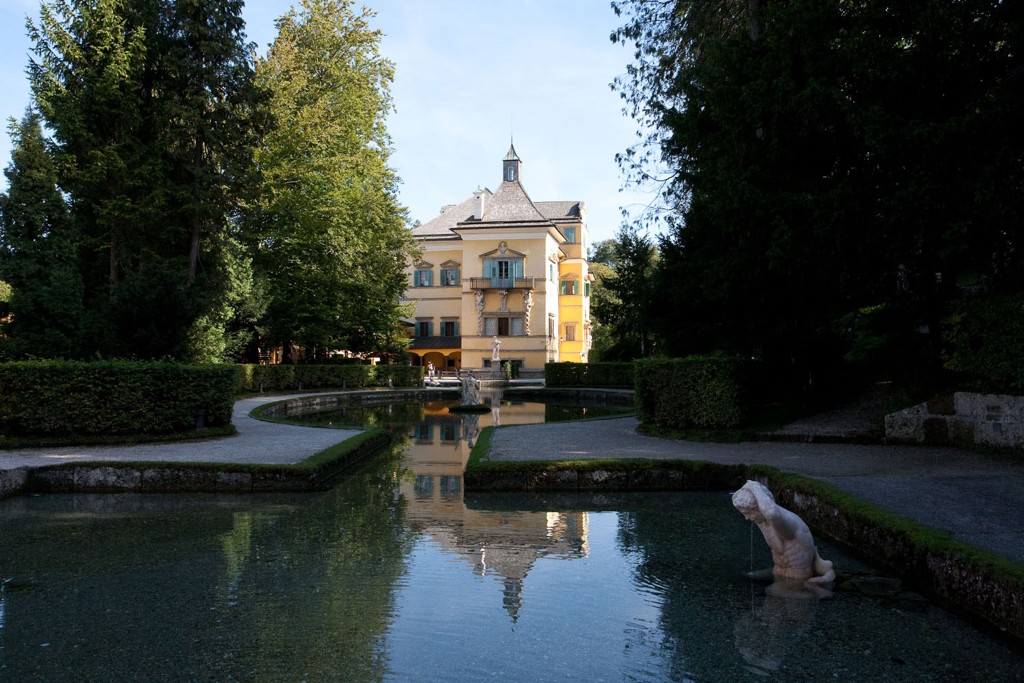 Between 1612 and 1615, Prince Archbishop Markus Sittkus built Hellbrunn Palace on the edge of Salzburg. The purpose of this Italian Renaissance summer home was for pure entertainment and enjoyment purposes. The palace has elaborate ballrooms, but it’s the gardens that are the main draw. 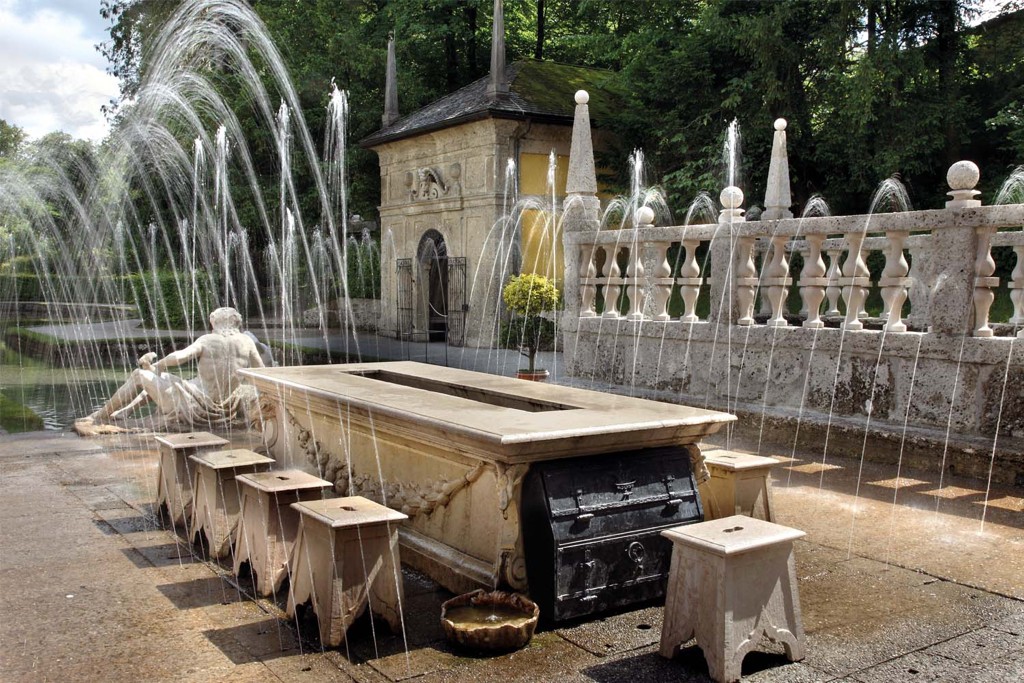 Apparently the Prince Archbishop was a bit of a practical joker, so the gardens are filled with trick fountains. Stroll through the picturesque grottoes and walkways, but beware of the sudden squirts of water. The trick gardens are truly an imaginative and architectural marvel. Keep in mind that they are closed in the winter, however. 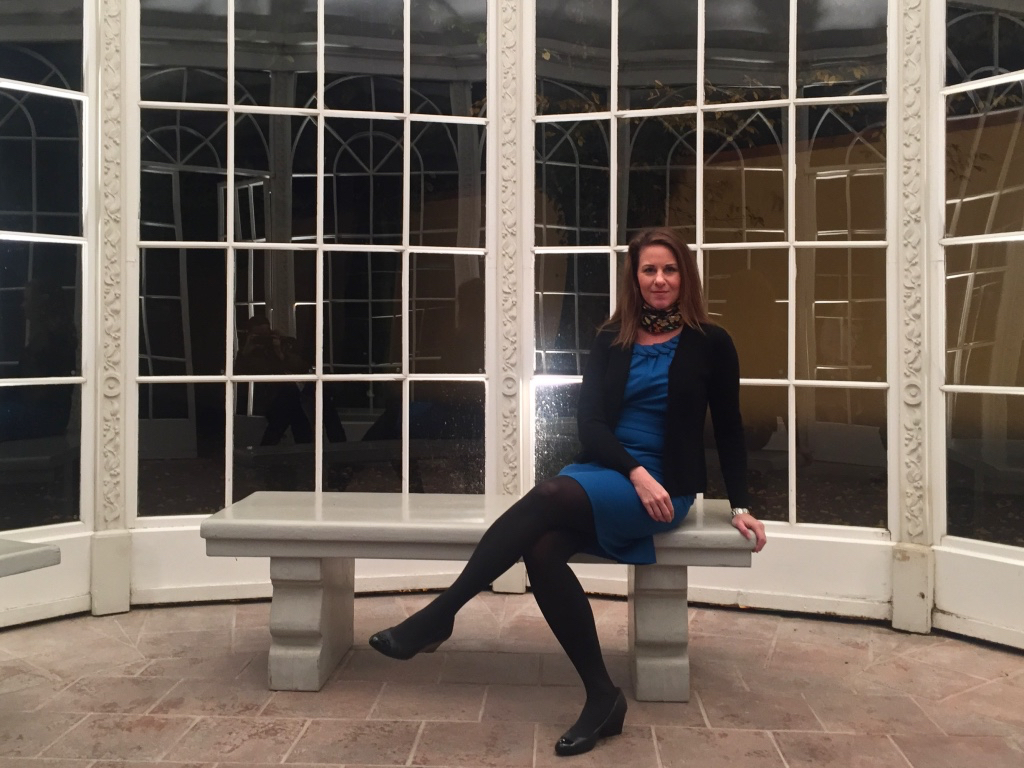 Film Appearance: The gazebo where Liesl and Rolf sang “Sixteen Going on Seventeen” and the Baron and Maria performed “Something Good” is here. The original location of the gazebo was at Leopoldskron Palace. Given to the city of Salzburg by Twentieth Century Fox, the gazebo was placed at Hellbrunn. 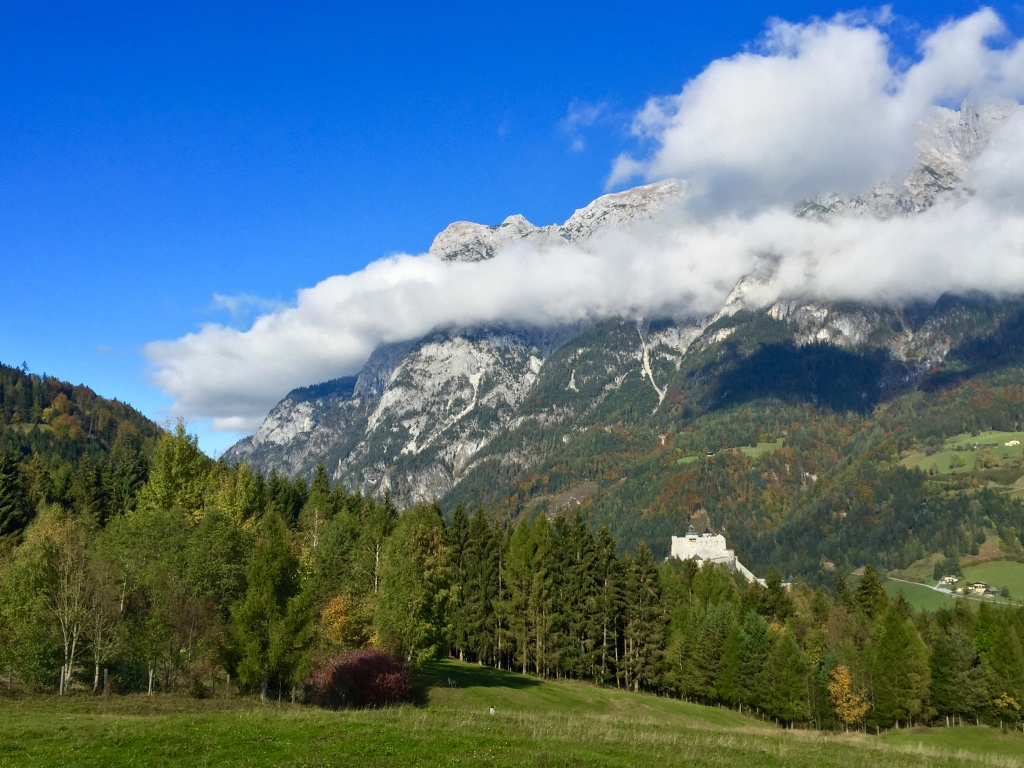 About 35 miles south of Salzburg is Werfen. This historical town has its origins as a fortress from 1077. It’s been a market town, location of witch hunts in the early 1700s, occupied by the French in the early 1800s, and home to the Eisriesenwelt ice caves. Most famously, it is home to Hohenwerfen Castle. Formerly owned by the Habsburgs, it was used as an education and training center for Nazi soldiers after Hitler annexed Austria. Beyond its place in Austrian history, Werfen is also just a pretty town. The main street is filled with a patchwork of colorful shops and restaurants, including Obauer, which is an excellent spot for lunch or dinner. 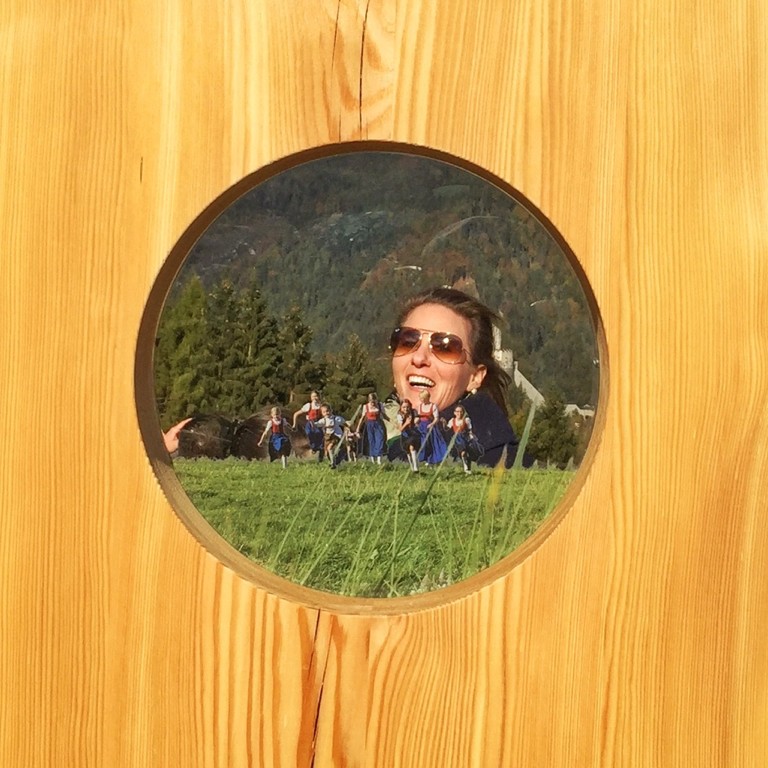 Film Appearance: This is the scenic spot where Maria has a picnic with the children and teaches them to sing “Do-Re-Me.” As of October 2015, Werfen is home to The Sound of Music Trail. This interactive hike begins by the tourism office and follows the existing Kaiserteg trail leading to Gschwandtanger, where the picnic scene was filmed. Along the 1.34-kilometer path, visitors are met with six stations, including a musical player, that when cranked, plays “Do-Re-Mi” and a wooden tunnel showing movie scenes from the Mirabell Gardens. It ends at the Gschwandtanger meadow, which offers an incredible view of the Alps and Hohenwerfen Castle. 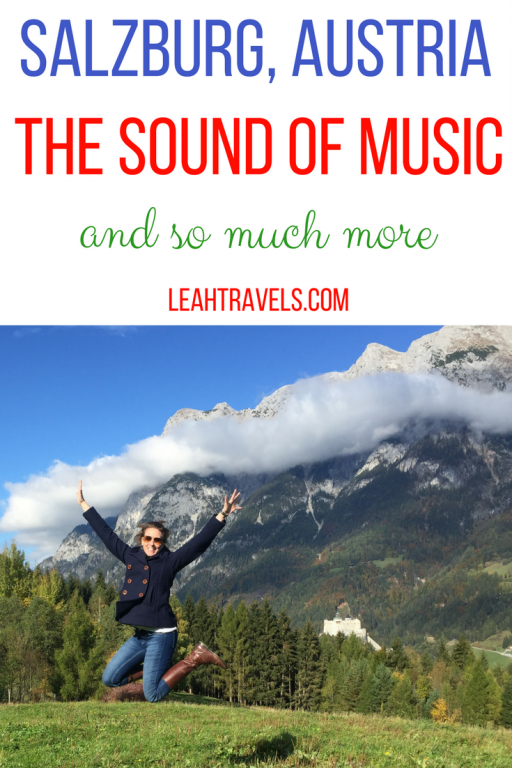 I was a guest of the Austria and Salzburg Tourism Boards. In no way was my opinion swayed by the endless supply of Fürst Mozartkugel, the hospitable Austrian people, or the radlers. As always, opinions are mine.

And for those who can’t get enough of the film locations, I highly recommend the Sound of Music bus tour.

Fort Davis: Watching over the West