When I chickened out of the bungy in Rotorua, the great folks at Agroventures offered me the opportunity to try one of their other activities. I knew I didn’t want to have my feet too far off the ground. I saw the Agrojet and the Freefall Xtreme and decided those were just a bit too adrenaline-filled. I looked around and saw some strange-looking contraption. It was a cross between a kiddie roller coaster, recumbent bike, and an MRI machine.

“What the hell is that?”

“What are the odds that I could die in it?”

A hardy laugh from the lady behind the counter led me to believe that the Shweeb was harmless, so I went closer for a better look. Posted information told me,

“In 2008 Google Inc. initiated Project 10^100 as a call for ideas to change the world by helping as many people as possible. People from around the world submitted over 150,000 ideas that they wanted to bring to life. ‘Drive innovation in public transportation’ was one of the five winning ideas, voted on by the public. Google Inc. subsequently searched the globe and selected Shweeb as the organisation with the most forward looking transportation vision and with the relevant expertise to implement such an idea. In September 2010 Google Inc. announced an investment of USD1m in SHL to assist with transit research and development.”

It sounded good to me. Forget the bungy! I was going to have an experience found no place else in the world. This could be the future of transportation, and I had a chance to try it first. I eagerly climbed into my pod. 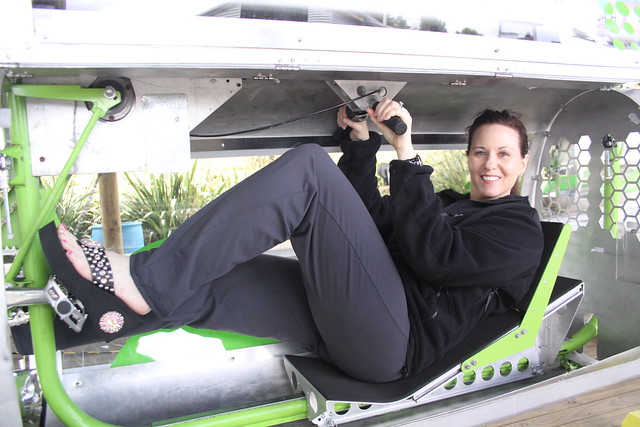 At seven meters off the ground and a track of 200 meters long, I was told that I would race against the clock. I had three full laps and a cool down. Being the competitive person that I am, I got a few butterflies. If fast enough, I would have my name posted on the Rail of Fame. My name would be immortalized! 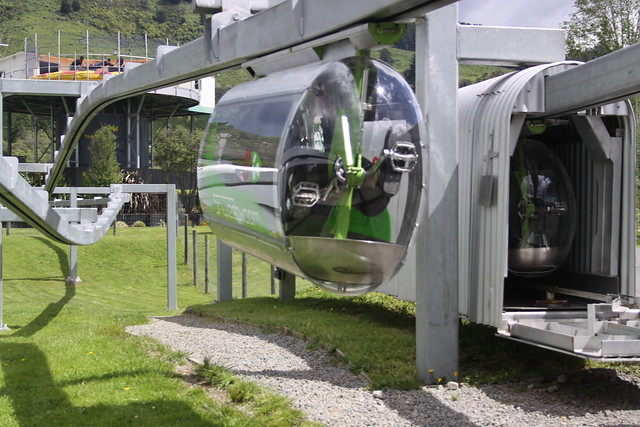 After additional instructions, I was ready. The flag was raised, the clock started, and I was off! 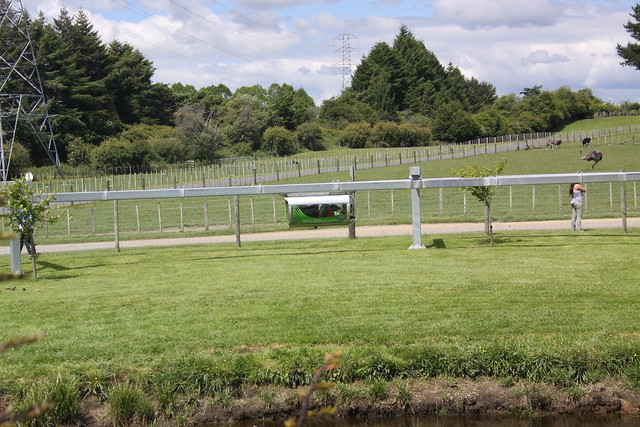 I zipped around that track faster than a hot knife though butter. I knew my name would be posted on the Rail of Fame, not only for my sex and age group, but overall! Huffing and puffing, I glided with ease through my first lap. 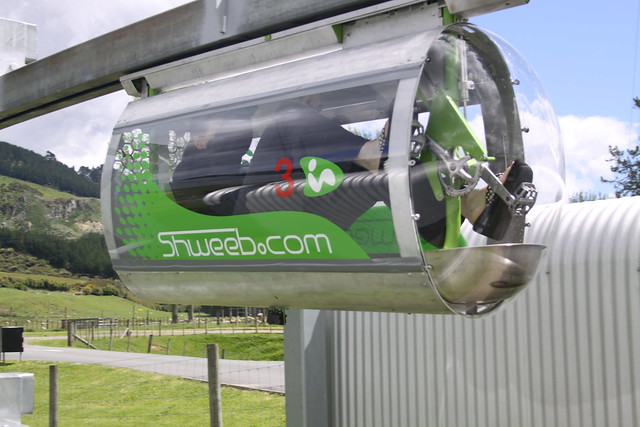 All smiles, I waved at my audience. I just knew they were in awe at my Shweeb prowess. I mean, how many people just walk off the street and totally kick ass at something the first time?

My second lap was coming to an end, and tiny beads of sweat started forming along my brow. I pushed though it. After all, sweat is pain leaving the body.

As I started the third lap, my legs started burning a bit. Mind over matter! I was going to get this record. I’d be famous in New Zealand, and my name would be as well-known as Captain James Cook. Kids would read of the American girl who, despite deplaning hours before and backing out of a bungy, went on to shatter the Shweeb record at Agroventures! 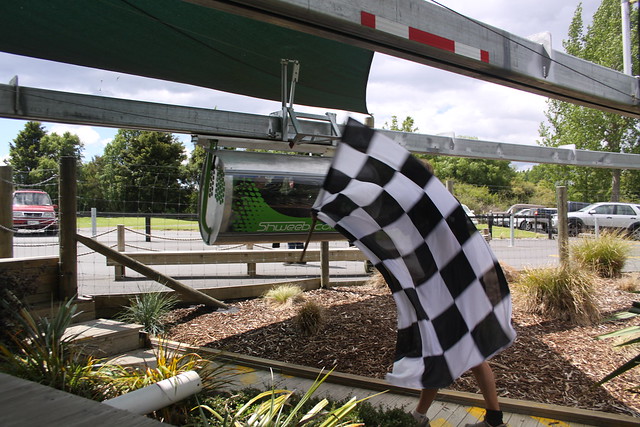 In front of me was the finish line. I pedaled like I never had never before. The black and white checkered flag thrashed to and fro, and I squealed with joy and threw my victorious arms in the air as I passed it. Slightly out of breath, I took my cool down lap and basked in the glory of what I knew was a record-setting time. I couldn’t wait to see my time, so I crawled out of my pod. 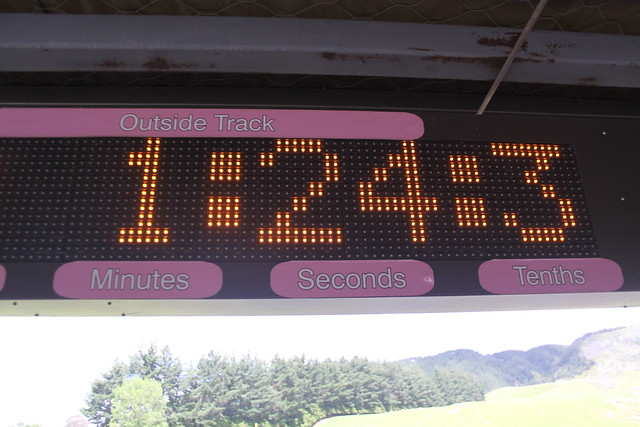 I wondered how many seconds I cut off the record? It had to have been at least five. My eyes moved from my time to the Rail of Fame.

You’ve got to be kidding!

I wasn’t anywhere close to making the Rail of Fame. In fact, Matthew W. had a time of 0:55:6 and Lisa P. had a time of 0:59:0. Crap! My ego took a slight hit, and I rationalized that those record holders must be Olympic-caliber cyclists. It wasn’t fair to compare myself to them. I looked at the records categorized by age and sex.

There must’ve been something wrong with the Shweeb clock! There went my chance to make the New Zealand history books! Seeing the look of disappointment on my face, the guys working gave me big smiles and reminded me that I could always give it another go. 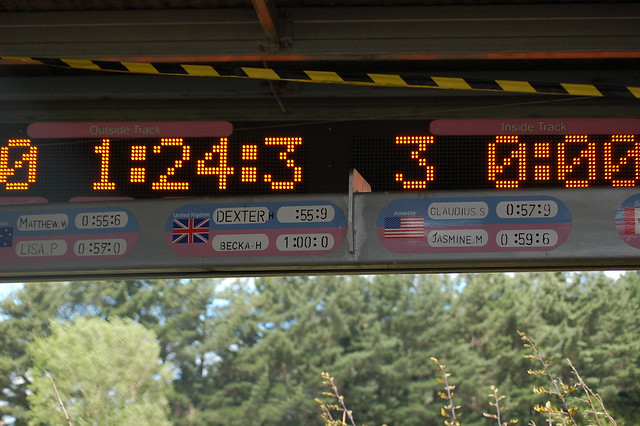 Yes, I will give it another shot, but next time I’ll be more prepared. Watch out, Matthew W. and Lisa P. from Australia, I’m coming after y’all!

Visiting Lake Como In the Off-Season