Often when you read tales of women going to meet people they’ve met on the Internet, it usually ends in disaster, murder, mayhem, and the like. So when I told my friends and family that I was going to spend the weekend in Austin with people I’d “met” on Twitter, they were a bit concerned. Nobody was surprised, really, because that just sounded like something I’d do.

What exactly is this Twitter? Why would you want to spend the weekend with people you’ve never met before? What if y’all hate each other? What if one turns out to be a serial stalker? What if you catch somebody collecting your hair and putting it in a plastic baggie?

After a cleansing breath and a quick roll of the eyes, I answered,“What if they are the most bad-ass group of people, I make life-long friends, and have the time of my life?”

I made the familiar three-hour drive to Austin on a Friday afternoon; however, this was anything but my usual trip. After dropping the dogs off with my dad and picking up some wine, I made my way to downtown, specifically to the Four Seasons. Waiting in #817 was my roommate for the weekend, Lauren DiMarco.

Haggard from the day and loaded down with luggage, wine, and cameras, I banged on the door. I was greeted by Lauren and her broad smile and blonde hair. Arms stretched out, she hugged me and said,

I quickly realized that despite living in the Northeast for 18 years, Lauren hadn’t forgotten her Texas manners: Lead with a compliment even if it’s not true. She was a ball of fire with energy to burn; I was going to need copious amounts of coffee and Red Bull to keep up with her. The conversation flowed, and I knew that I wouldn’t be murdered in my sleep. Although, I’m not sure if Lauren realized it as quickly.

There wasn’t much time to relax or enjoy the chocolate goodies the Four Seasons sent to our room, we had a happy hour to get to.  It was time to get our Texas Tweeup on! 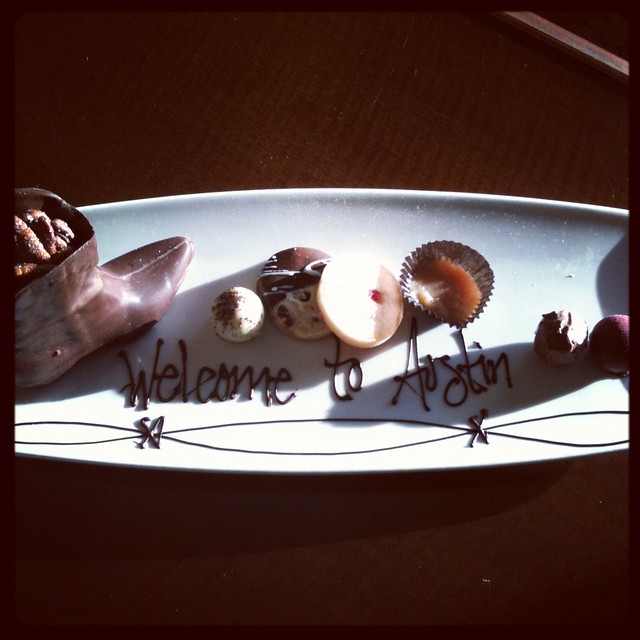 Through Twitter, we’d invited Austin-area travel bloggers (or anyone else), to meet us at TRIO, the Four Season’s awesome restaurant. Monday through Saturday, TRIO has a fantastic happy hour menu featuring half-price wines and a bounty of delicious nibbles. Lauren and I made our way down to the restaurant where we were greeted by Kerri Holden, the Director of Public Relations for the hotel, her colleague, Sarah Sholtis, and reserved tables covered with a variety of food. What a thoughtful gesture!

Derek and Jen were already there. Shortly after, Amy and Rod of GoPetFriendly.com showed up. Later, photographer, Whitney, arrived. For the next few hours, we got to know one another, chatted about travel, sipped on wine, and chowed down on appetizers. Throughout the happy hour(s), I kept thinking how cool it was to bring a group of people together, people I’d probably never met otherwise, based solely on a passion for travel. And bonus! No one was kidnapped, maimed, or murdered. 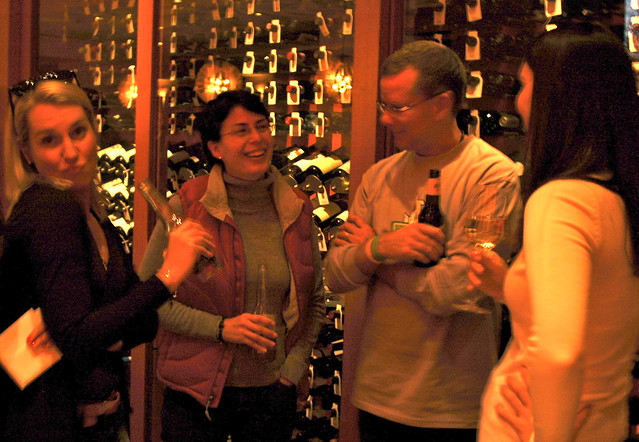 We  said our goodbyes, and Lauren and I took off to Guero’s Taco Bar to meet two more of our Texas Tweetup pals, Kirk and Kristy. Unfortunately, they weren’t able to make the happy hour as they drove in from Dallas. Lauren and I had been tweeting with Kirk for months, so it felt like we were dining with an old friend. I loved putting a face to a tweet! 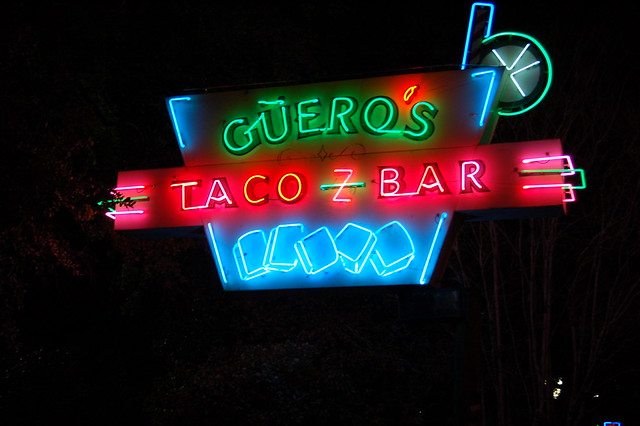 The night chill grabbed and shook me, giving me a burst of energy. Not being much of a drinker or a late-night gal, it was something I desperately needed. Music and laughter poured out of the Continental Club’s doors, and that drew Lauren and me in like moths to flames. Kirk and Kristy weren’t so sure. They, instead, opted for the fabled 6th Street; Kristy had never been. We said our goodbyes for the night and made plans for breakfast the next morning. 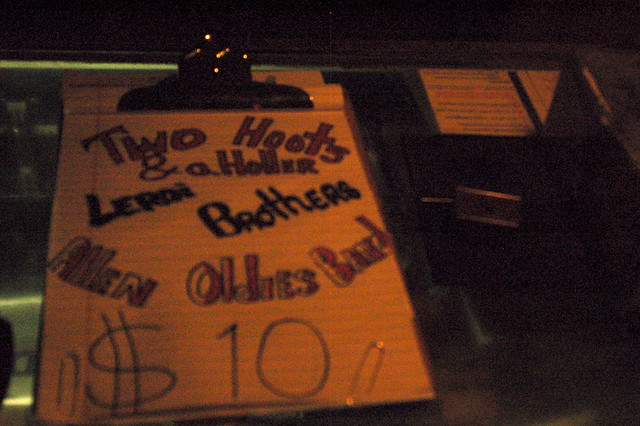 We paid the $10 cover and walked up to the bar and ordered two Stellas.

Shocked and bewildered at the low price, we burst out laughing. However, the bartender confused our behavior with sticker shock.

“Well, they do have to bring it all the way from Belgium!”

Still laughing, we smiled, agreed, and went on about our business. The band taking the stage was called Two Hoots and a Holler. We’d never heard of them, but judging by the crowd, they were going to be fun. Lauren and I were the only two that didn’t appear to be in costume. Mostly it looked like a casting call for some spaghetti western. Rhinestones, feathers, bright colors, and flashy boots were everywhere, and that was just the men. The women looked like a cross between Bettie Page and Dita Von Teese. It was FABULOUS!

We meandered through the small, dim club looking at all the characters and humming along to the band. An impromptu dance floor in front of the stage showcased people dancing the jitterbug. We saw a girl that busted her ass, laughed as she got up, and then continued to dance. That’s what the Continental Club is about. There’s no pretense, and the order of the evening is fun.

Still sipping on my $4 Stella, I felt my pocket vibrate. It was Raul. Coming in for the Texas Tweetup from Atlanta, Raul was bumped up to first class on both legs of his flights. That was the good news. The bad news was that his connection in Memphis was delayed. He’d made it to Austin, checked into his hotel, but was tired. We would see him Saturday morning for breakfast.

I slid my phone into my back pocket, walked back into the club, and found Lauren. It was time to call it a night; we had a full Saturday ahead. After popping into the tattoo shop next door, we hailed a cab. A quick five-minute ride back to the Four Seasons and we were where our night had begun. I paid the cabbie and slid into the lobby. I couldn’t wait to wash the evening’s fun off of me and get on my pajamas. 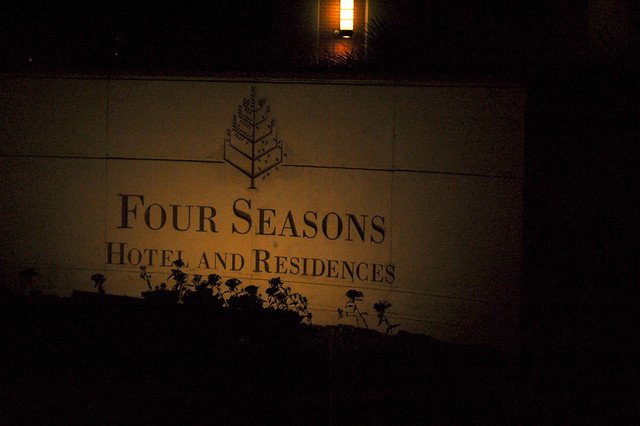 It was such a fantastic night…up until the point where I realized my camera was on the wrong setting and I lost my iPhone.