I recently discovered the awesomeness that is Indiana’s capital city, Indianapolis. I was fortunate enough for my visit to coincide with Indy’s most famous event—the Indianapolis 500. During my trip, the city was a buzz with celebrities, racing fans from around the world, and locals who eagerly anticipate this storied event each year. Although I was stoked to experience “The Greatest Spectacle in Racing,” I also was excited to see more of the city.

During my time exploring Indy, I also experienced a few firsts in the process. I’m a big believer of taking off on foot in a new city, but I was thrilled to mix things up a bit and add an element of speed to my touring. What better place than Indy to do it? 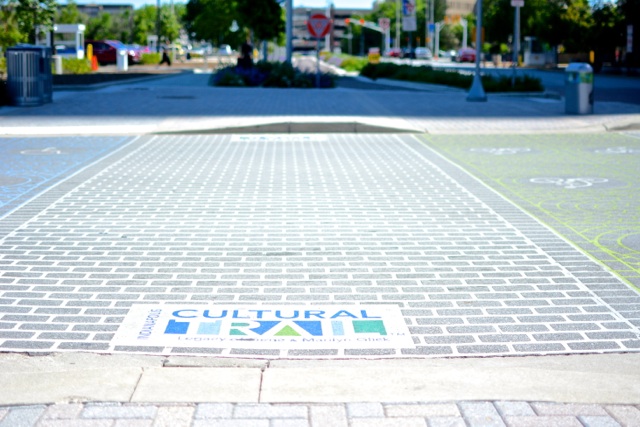 I’ve written about Indy’s new, eight-mile Cultural Trail that loops around the city. The bike and pedestrian trail is a great way for visitors to get a feel for the city and hit the high points in a little amount of time. Although, it also lends itself to a leisurely day of exploring the museums, parks, monuments, art, restaurants, and shops that line the trail. The route connects Indy’s five cultural districts: Fountain Square, Indiana Avenue, Mass Ave, the Canal and White River State Park, and the Wholesale District. Cruising on a bike along the Cultural Trail ranks as my #1 must-do when visiting Indy. Rent a bike at Indy Bike Hub and go! 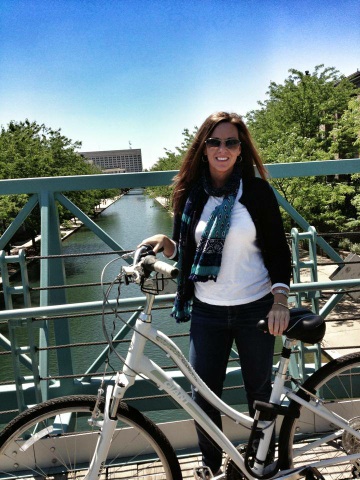 Most folks tend to have a strong opinion when asked the question: To Segway or not to Segway? I, however, was sort of ambivalent. I’d never tried riding one, but I certainly wasn’t opposed to the idea either. So when Visit Indy suggested I go on a Segway tour around the city I was willing to give it a shot. 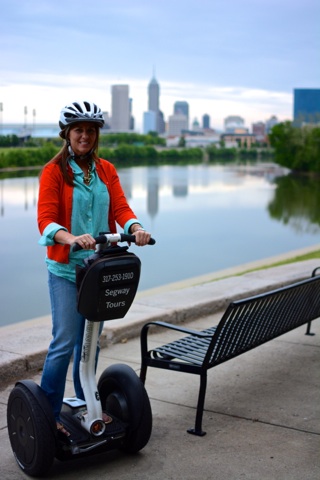 After being equipped with a helmet and a brief demonstration by the guides at Segway Tours of Indiana, I was on my way to exploring parts of Indy that I hadn’t seen along the Cultural Trail. With little effort I glided through the White River State Park, by the Elephant Habitat of Indy’s zoo, NCAA Hall of Champions, Indiana State Museum, various works of art, and around the Canal, Indy’s waterside promenade. Throughout the tour, my guide didn’t overload me with tons of information and instead just gave me brief bits of information about what I was seeing. Lasting a little over an hour, I was pleased with the Segway experience and would totally do it again. 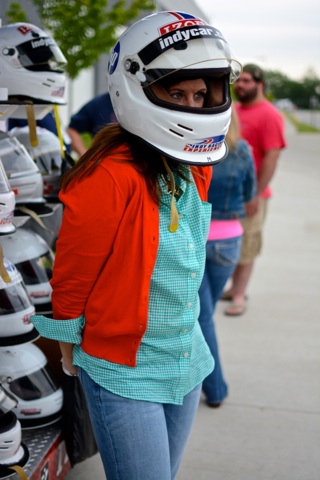 I have to admit, I’m a bit of a speed demon. I love going fast. When I saw that I was getting to do a ride along in an IndyCar I was totally pumped. Since it was the weekend of the Indy 500, I didn’t actually get to go 225 miles per hour around the giant Indianapolis Motor Speedway, but I did get a taste of what it would be like by riding in a street-legal IndyCar at the Dallara IndyCar Factory. The Dallara car has been stretched to accommodate two people and zips around like I imagine a real IndyCar does. Climbing into this car was so surreal—never mind the roar of the engine and the acceleration speed. Perhaps it’s not the ideal way to see the city, as it only goes around a few city blocks, but it’s a unique experience and one to have when visiting Circle City. Plus, it’s just tons of fun! 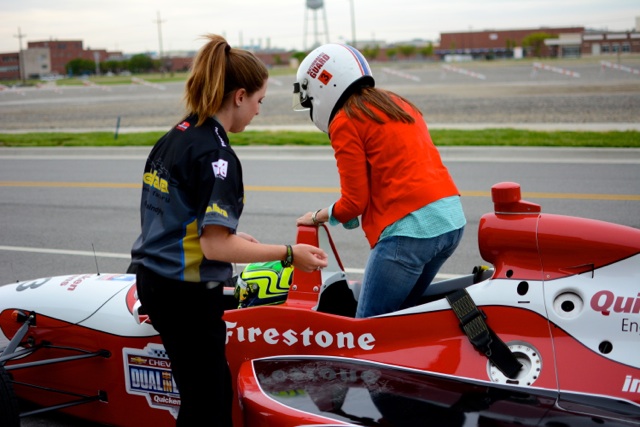 My time in Indianapolis passed far too quickly. I can’t wait to go back and explore some of the museums, restaurants, and shops that I didn’t have time for. Plus, I’m totally going to a Colts game and doing a ride along on Indianapolis Motor Speedway. What can I say? I have the need—the need for speed!

I was a guest of Visit Indy, but in no way was I swayed to write a positive review by providing me with the most comfortable bicycle I’ve ever ridden, the perfect weather conditions, or the adrenaline rush at the hands of a real IndyCar driver. As always, opinions are my own.