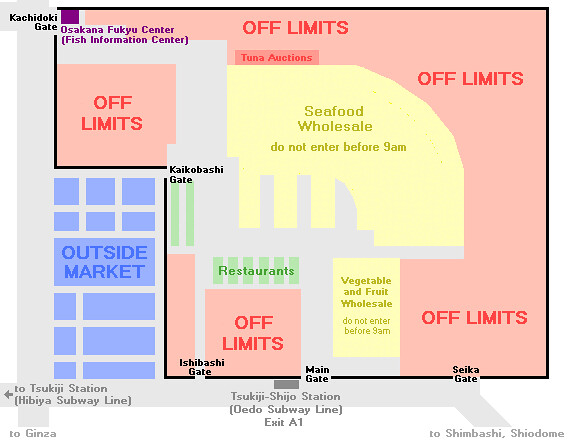 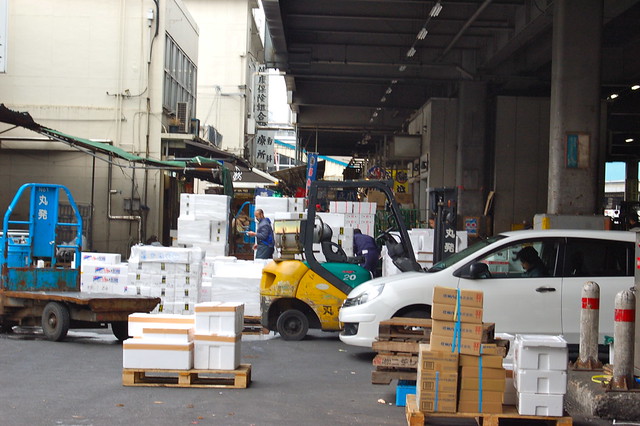 Tsukiji Market was located a short, ten-minute walk from the Conrad Hotel, or at least it should have been a ten-minute walk. With all the construction and gargantuan buildings, coupled with my inability to navigate directions, it took about twenty. Nonetheless, I eventually found the market. Luckily I didn’t wake up crazy early to get on the list for the tuna auction {thanks to the Conrad concierge}. Apparently December and January are the busiest times of the year, and the auction is closed to visitors. 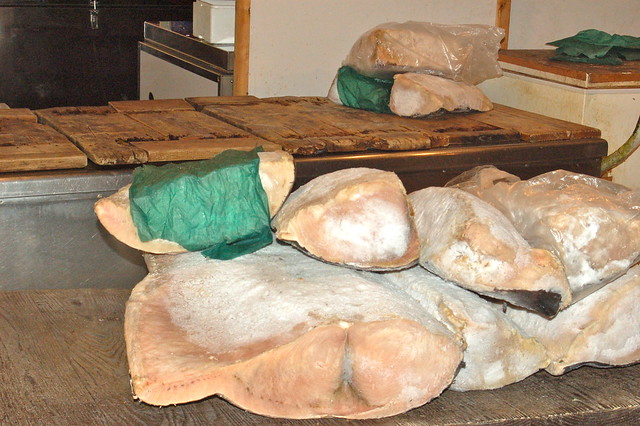 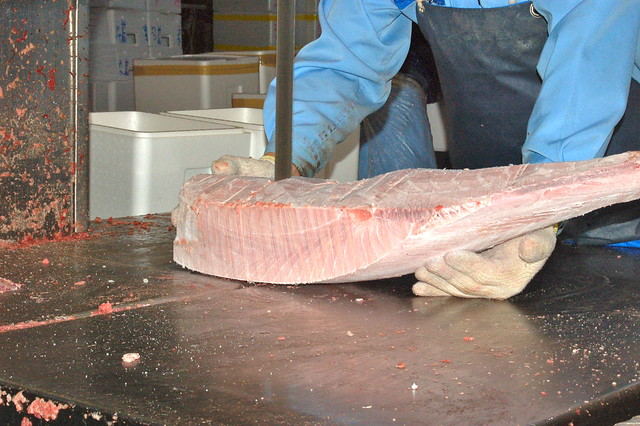 I was met at the market’s front gate by a man handing out maps and showing the off-limit areas. It was 9:30, late by Tsukiji standards, but there was still a lot of activity. I followed the yellow lines painted for visitors past the fruit and vegetable stalls and around the corner by the restaurants. Normally sushi so early doesn’t sound too appealing, but it did on this day. I wasn’t the only ones with the same sushi-for-breakfast idea; the restaurants were packed. 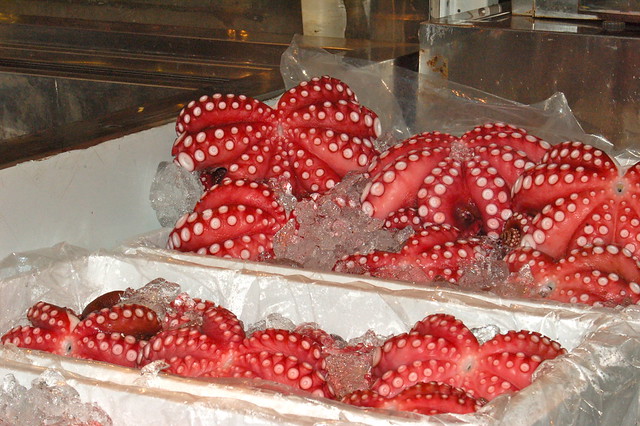 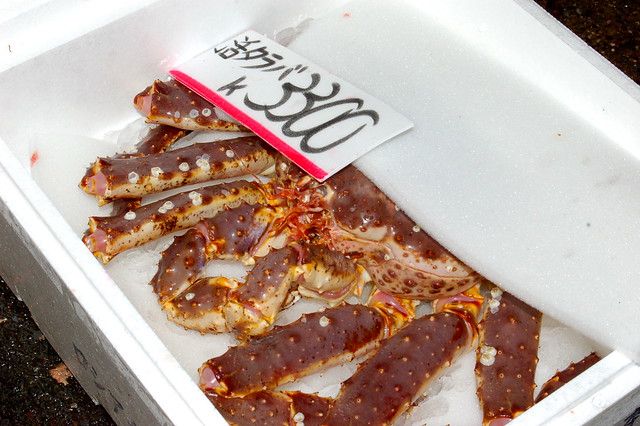 Through the trucks, bicycles, carts, and wagons, I spotted the seafood wholesale area. Like Frogger, I managed to maneuver across the pavement without getting run over. Before me was more seafood than I had seen in my lifetime combined. This market, although exceptionally organized, was still completely overwhelming. Tsukiji looked like a delicious Excel spreadsheet with all its rows and columns. Stalls, meticulously kept, contained everything from salmon and tuna to geoduck and squid. There were things I’d never seen, much less heard of before. Alive, dead, frozen, and fresh, there was something to satisfy every buyer’s taste. 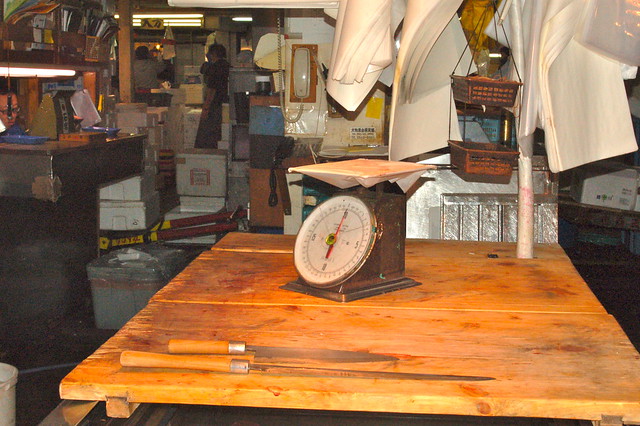 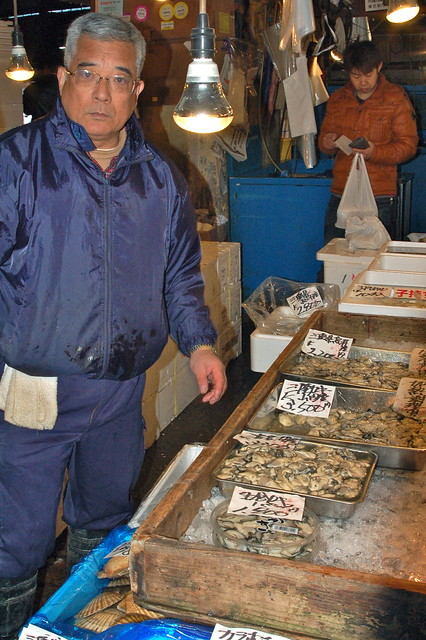 Each stall was laid out basically the same. Vendors’ products were presented and marketed as jewelers display their finest gems. The highest-quality products were put in places of prominence with lights directing buyers’ eyes to it as if to say, “Here I am. Buy me!” Despite the copious amount of blood and fish parts, the market was surprisingly clean and tidy; not once did I detect the smell of fish. Tables, chairs, knives, and scales were all sprayed using water hoses and then wiped down in preparation for the next day’s inventory. 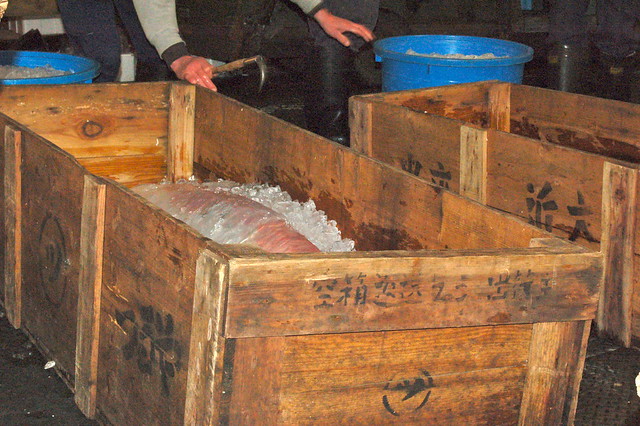 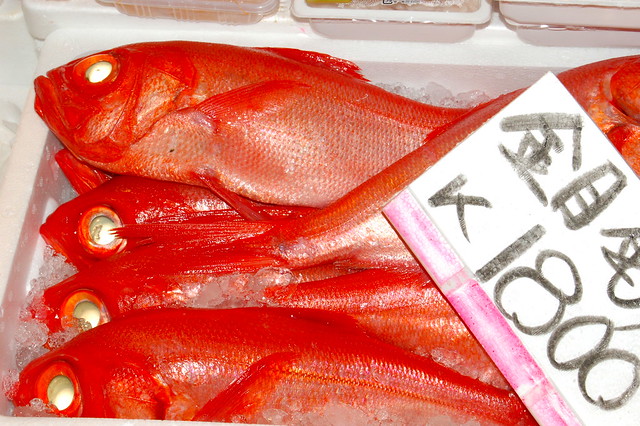 As I gawked, pointed, and took photos, I tried to keep out of the way. It was a vacation stop for me, but for everyone else, this was a way of life. 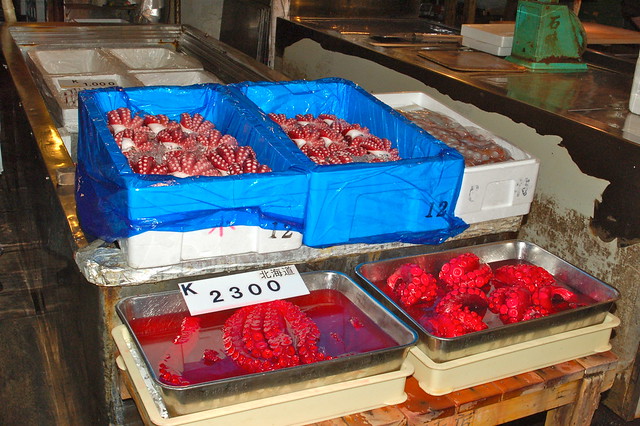 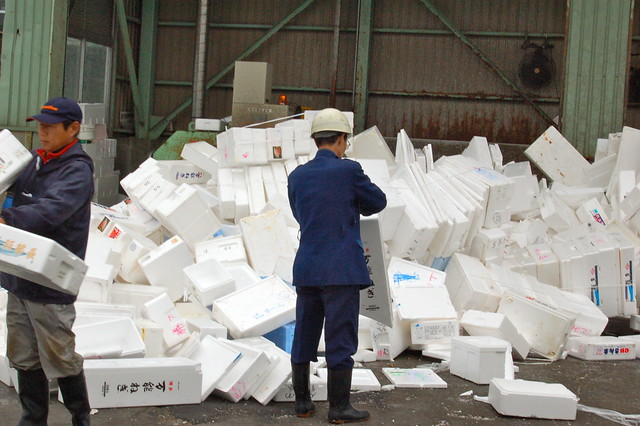 After an hour, I made my way out of the seafood wholesale area; there was no way I could see everything. Hungry, I decided on one of the several restaurants in the market. Seated at the sushi bar, I was spoken to in English and handed an English menu. My waiter was curious as to know where I called home, and what I thought of Japan. I think he really wanted to practice his English, too. I was served the best tuna and salmon I’ve ever tasted, and that isn’t an exaggeration. It was simply perfect. 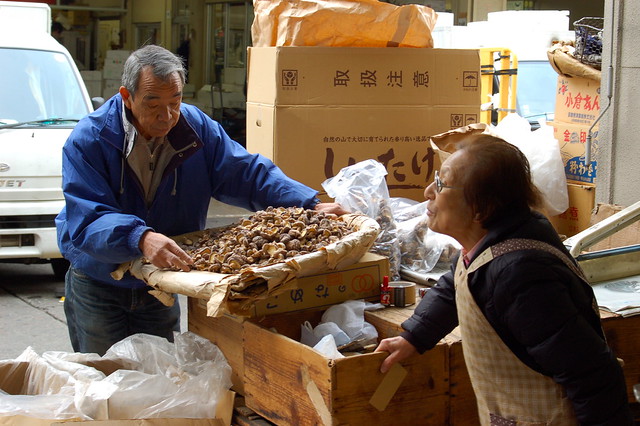 The restaurant was a safe haven from the madness of the market, yet as soon as I stepped out the door, the sounds and activity was again upon me. I welcomed it. This is one “world’s largest” sight that didn’t disappoint. I grabbed a still-warm chocolate croissant and left Tsukiji behind. My time was running short in Tokyo, but I knew I would be back, if only to have the best sushi in the world again. 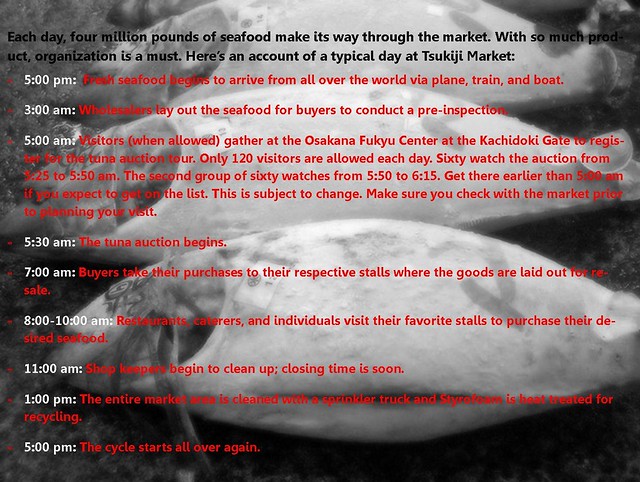