Arrogant. Boastful. Proud. These words have been used to describe Texas and her people for centuries.

I’ll be the first to admit that I’m guilty of acting arrogant, boastful, and proud of being a Texan; it’s my identity. As much as I love to travel, I always am happy to come home to Texas. I feel lucky to be born in a state with such lore and pride. Texas is known the world over and that’s not a coincidence. We are a state that has etched out a unique persona; there’s no other place like it. Also, Texans are some of the best people you’ll ever meet. Yeah, we may be a bit braggadocios about the grandness of our state, but it’s a reputation that’s well deserved.

So, what’s so great about the Lone Star State? I asked five Texas-bred travel writers and one Nobel Prize winner for literature {kind of} that very question. Here’s what they had to say.

I have said that Texas is a state of mind, but I think it is more than that. It is a mystique closely approximating a religion. And this is true to the extent that people either passionately love Texas or passionately hate it and, as in other religions, few people dare to inspect it for fear of losing their bearings in mystery or paradox. But I think there will be little quarrel with my feeling that Texas is one thing. For all its enormous range of space, climate, and physical appearance, and for all the internal squabbles, contentions, and strivings, Texas has a tight cohesiveness perhaps stronger than any other section of America. Rich, poor, Panhandle, Gulf, city, country, Texas is the obsession, the proper study, and the passionate possession of all Texans. 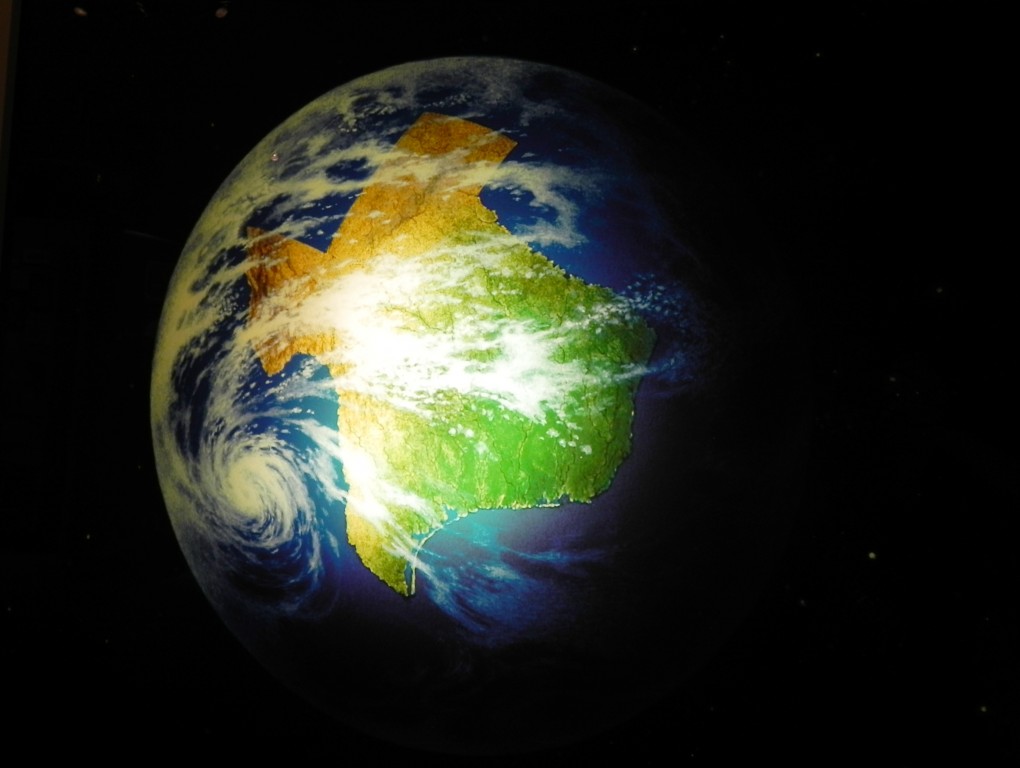 John Steinbeck was an American writer. He is widely known for the Pulitzer Prize-winning novel The Grapes of Wrath, East of Eden, and Of Mice and Men. Steinbeck also received the Nobel Prize for Literature in 1962 and truly understood what Texas is about.

Texas gets a lot of flack for being a “fat” state. I won’t attempt to refute that notion – let’s face it, waist sizes are among the many things that are bigger here in the Lone Star State – but I will provide you with the reason: Our food is incredible.

Whether you take advantage of international cuisines from Indian to Vietnamese to Filipino in Houston’s ethnic neighborhoods, prime Texas beef at steakhouses from Dallas all the way to the Rio Grande, or killer Mexican and down home southern food all around the state, it’s difficult to imagine going hungry in Texas.

Texas is also at the forefront of many national culinary trends: Dozens of food trailers dot the quirky capital of Austin, for example. And let’s not even talk about all the fresh fruits, vegetables and prime cuts of meat we grow right here – it would take an entire article.

When Robert Schrader isn’t at his pad in East Austin (which is chock full of pants-tightening dining options!) he’s traveling around the world, scouting stories for his travel blog Leave Your Daily Hell. Read Leave Your Daily Hell regularly – or alternatively, “Like” us on Facebook or follow us on Twitter – to get inspired, plan your trip and go!

I love Texas because it is so diverse.  You can go easily go from skyscrapers to a field of cattle in minutes.  Desert, mountains, beaches, farm fields, forests and canyons can all be found just over yonder. And don’t y’all discount the beauty of a field full of bluebonnets in the spring!

It is not just the land that is diverse.  Although six flags have flown over this land in modern times, you can feel the flavor of more than a dozen different cultural influences throughout the state.  They are apparent in the architecture, the language, and the food.  Oh, the food!  That’s a reason I love Texas all wrapped up in four letters.  Czech-influenced kolaches, Tex Mex and pit barbecue… I could eat Texan cooking for the rest of my life and die happy.

Amy Moore is a native Texan, and returned to her hometown of Fort Worth after a stint in the Midwest.  Amy is general manager of the popular travel blog Everything-Everywhere and blogs about family travel and Texas.  Find her on Twitter.

When I get asked the cliche question, “Where are you from?” I reply,“Texas!” before saying the US. The thing I love about Texas and Texans is how incredibly proud they are of where they live. We fly our state flag. We drink our local beers. We eat our beef. I have an“ode to Texas” tattoo on my chest full of stars, guns, and yellow roses. I carry around a Texas flag koozie when I travel. Not only is it a conversation starter but I meet other Texans abroad! 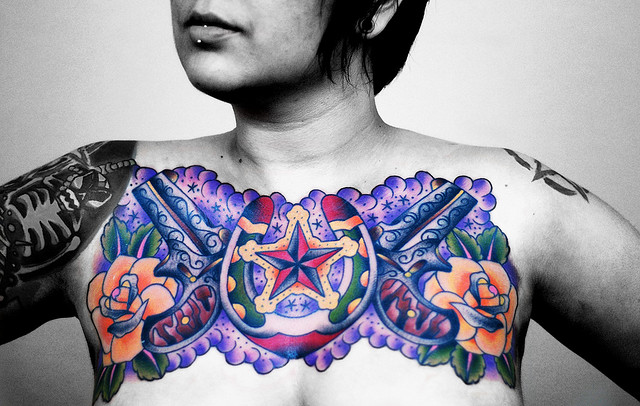 Erica Kuschel, along with her husband, Shaun, run the adventure travel site, OverYonderlust.com. She traded her ‘normal’ existence in Austin, Texas for a life of new experiences around the world. Erica, who is a photographer by trade, likes to view the world through her lens.

I love that when I’m in Texas practically everyone is friendly. People say hi or good morning just because. You don’t have to know the person or be someplace where it might be expected for someone to greet you like a store or restaurant. Nope, I’m talking about just walking down the street or, say, putting sugar in your coffee at Starbucks. People in Texas are just plain ole friendly. In fact, some take it a step further and might add a term of endearment like honey or darlin’. I love that! And even better, people in Texas seem confident in giving compliments to strangers, too. Not as some kind of come on or to get something from you. Just because. 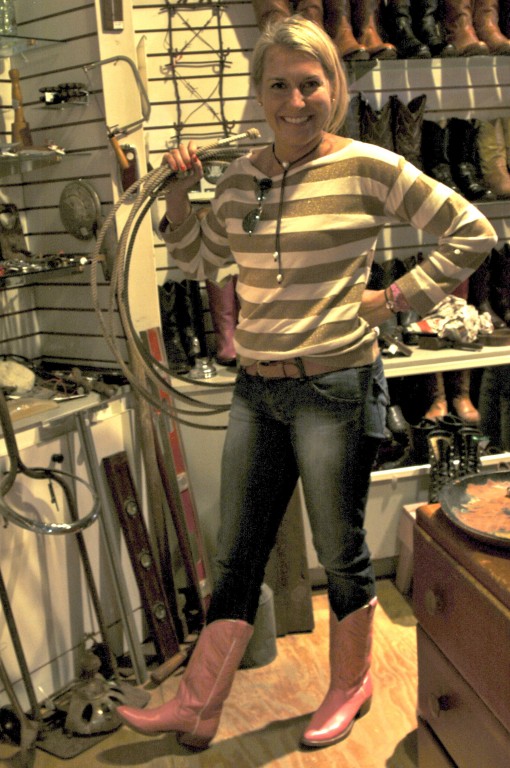 These are the little things I miss about living in Texas that you really take for granted when it’s a normal everyday part of your life. It is also these things, having grown up in Texas, that I think make me a charming person and friendlier than most. It’s always a welcome treat to return to my home state and be greeted by smiles and warm salutations.

Lauren DiMarco is the writer-in-cheif-travelista of Lola’s Travels. A sassy, fun-loving, and flirtatious traveler, Lola has a flair for finding adventure and making new friends. A typical Lola trip is only a few days, so she’s a master at getting the most out of her getaway. A Frommer’s guide this is not, but Lola does spotlight exceptional places to stay, eat, shop and play in a playful, yet informative way.

When asked what I like most about Texas, it’s not a decision easily reached. There is so much about Texas to love, from the geographic and social diversity to the BBQ and Tex-Mex cuisine. But the best part of being Texan is the state pride–a pride that is rooted back nearly two hundred years.

The motto of the Texas Tourism board is “Texas – It’s like a whole other country.” Looking way back in the history of the state, Texas has actually been part of colonies ruled by France, Spain and Mexico. Texas history is so important that all school students are required to take a class about it in 7th grade.

The most epic and famous events in Texas history were battles at the Alamo {in San Antonio} and San Jacinto {just southeast of Houston} against Mexico in 1836 during the fight for independence. At the Alamo, a group of less than 200 Texian settlers defended themselves for 13 days against an attack of over 1,500 soldiers from the Mexican army.

All Alamo defenders were killed during the battle, and as word of the defeat spread, “Remember the Alamo” became the rallying cry as a new group of volunteers assembled at San Jacinto to avenge the Alamo raid. At San Jacinto, the Texians launched a surprise ambush on the Mexican army led by General Santa Ana, who, as legend has it, was literally caught with his pants down while in the company of an “indentured servant” who was later dubbed the “Yellow Rose of Texas.” That account may or may not all be true, but Texans will have you believe it is. What matters most, is that the rag-tag band of volunteer Texian soldiers won that day, which led to independence from Mexico, and eventual statehood for Texas in 1845.

“Texan” is a state of mind, and it brings with it a reputation unlike any other found in America. Texans are known for being friendly. After all, the name Texas was derived from a Spanish word, Tejas, which means friendship. Chivalry still exists here. Outsiders might mistake Texan pride as cockiness, but did any other states fight for independence from three other countries? Texans like things big, from our vehicles to our meals. 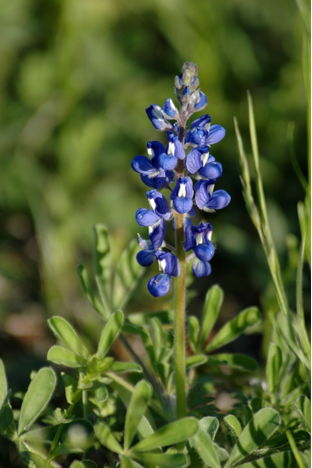 You may know that Texas is the 2nd largest state in both population and geographic size. But here are a few other fascinating facts you may not know about Texas. The term “maverick” came from a man named Samuel Maverick, an early Texas lawyer. Cattle theft in Texas is still punishable by hanging. The Bowie knife was named for a famous Alamo defender, James Bowie.

Texas is home to the most airports in the country, and a hub for three of the world’s largest airlines. Texas has a single county the size of Connecticut, and three times the size of Delaware. Texas is the only state to enter the country by treaty. All others entered by territorial annexation. “Houston” {my birthplace} was the first word spoken from the surface of the moon. I could go on, but it’s pretty obvious to most that Texans have a lot to be proud of. We fought for those bragging rights.

Perhaps the famed Alamo fighter Davey Crockett said it best when he told his congressional peers in Tennessee,

Paul is a native Texan, who currently lives in Dallas with his wife and two daughters. He has 11 years of experience in the airline industry, and contributes as a writer for Airline Passenger Experience Magazine. He also enjoys photography, craft beer, and all forms of travel. You can view his blog at seepaulgo.com.