Given its location near the equator, Malaysia is tropical, humid, and warm. As a result of its geography, the country is filled with a variety of vivid hues. Rubber plantations, palm trees, and assorted tropical foliage provide a verdant backdrop, while pops of red and pink come from orchids and hibiscus. Between the sea, lakes, and sky, every shade of blue imaginable is represented. The landscape is just the beginning when it comes to the colors of Malaysia. Islamic ladies wear colorful headscarves and Hindu women’s clothes are as vibrant as an Andy Warhol painting. 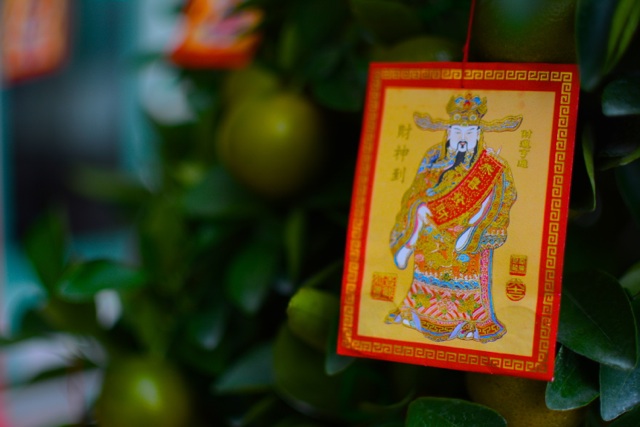 While in Malaysia there was one color that continually captured my eye–gold. Perhaps it was the timing of my trip, just after Christmas and right before Chinese New Year, but the gilt color was everywhere. Signifying royalty in Malaysia, the color adorns everything from the star and crescent on the Malaysian flag to the domes of Istana Negara to the country’s crest. Flowers, food, clothing, and decor are all awash with the gilded hue. I couldn’t help but capture it with my camera.

Malaysia is a diverse country comprised of 60% Malays, 30% Chinese, and 8% Indian. Although the official religion is Islam, citizens are able to worship as they choose. The country is filled with mosques, Hindu and Buddhist temples, as well as churches. An ongoing government campaign entitled, 1Malaysia, emphasizes ethnic harmony and national unity, while the tourism board touts the country as “Truly Asia.” 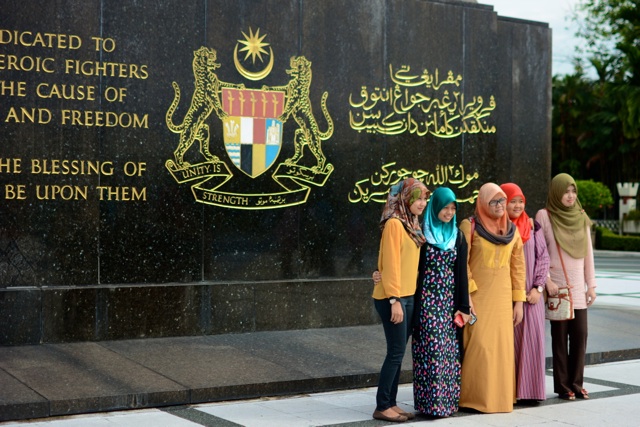 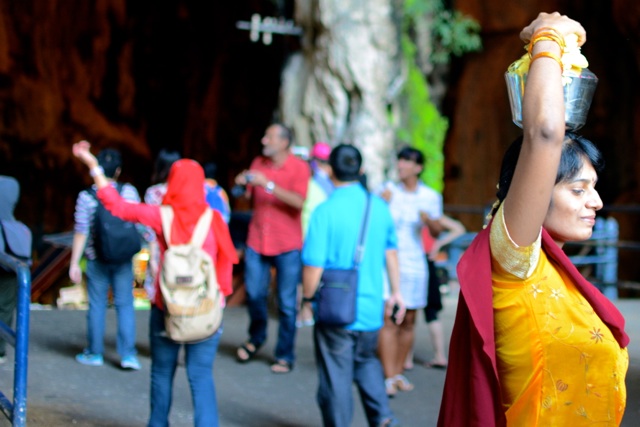 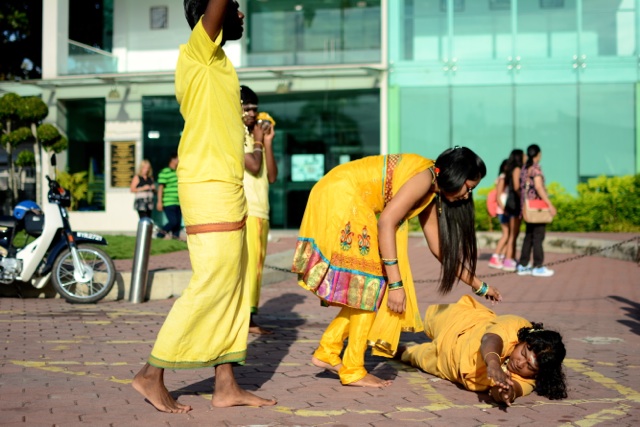 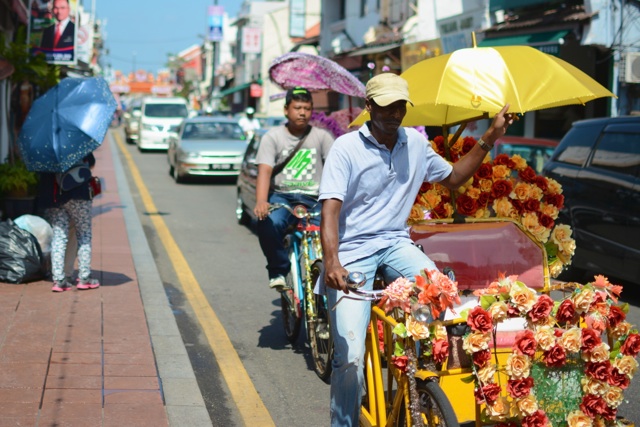 Given its diverse ethnic population, visitors can expect plenty of Chinese and Indian cuisine. Less familiar might be Malay food. Similar to Indonesian, Malay cuisine is heavy on chicken, beef, seafood, rice, noodles, and a spice paste know as rempah. Pork is scarce, found mostly in Chinese restaurants. Given the equatorial climate, vegetables are plentiful and found year around. Typical Southeast Asian fruits such as mangoes, lychee, coconut, guava, and the super-stinky durian are popular. Cendol is a dessert made from shaved ice, coconut milk, palm sugar, green jelly noodles. Red beans and the aforementioned durian can be added for the more adventurous eaters. 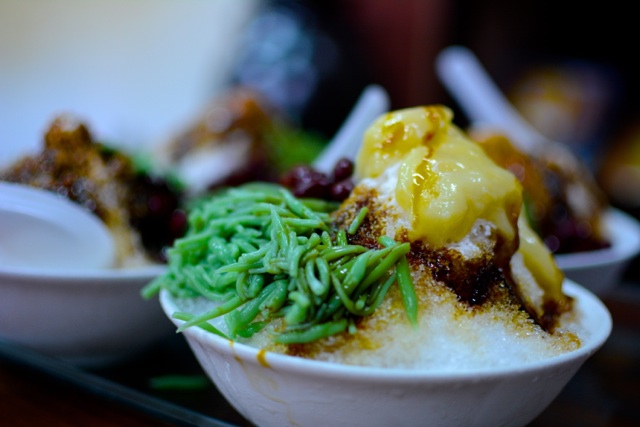 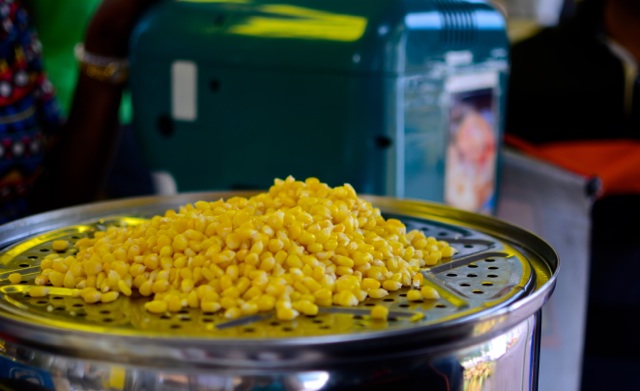 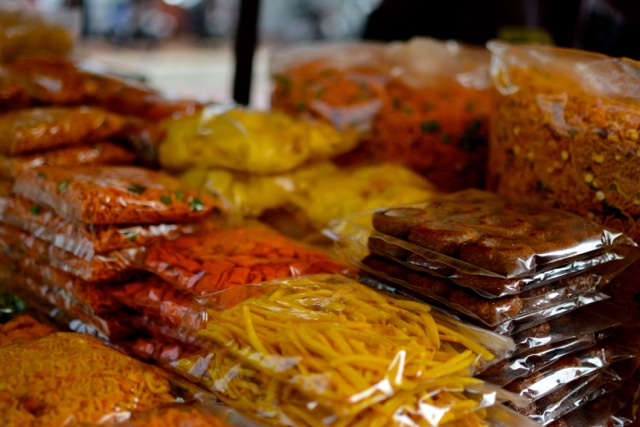 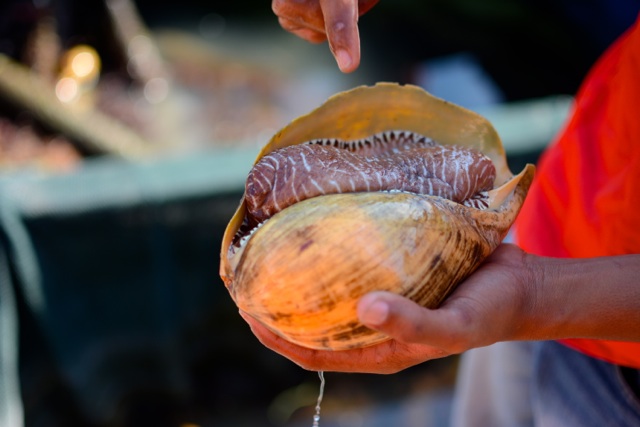 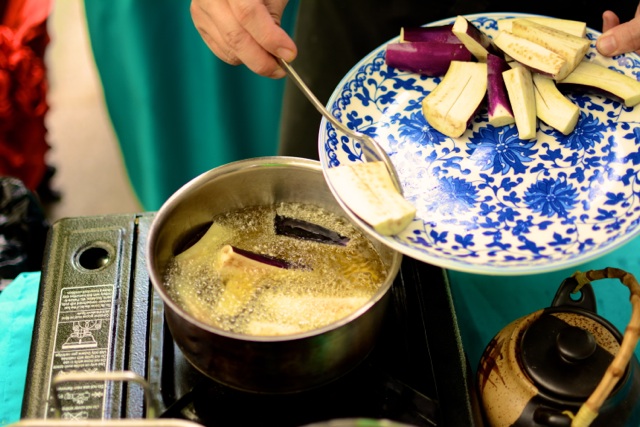 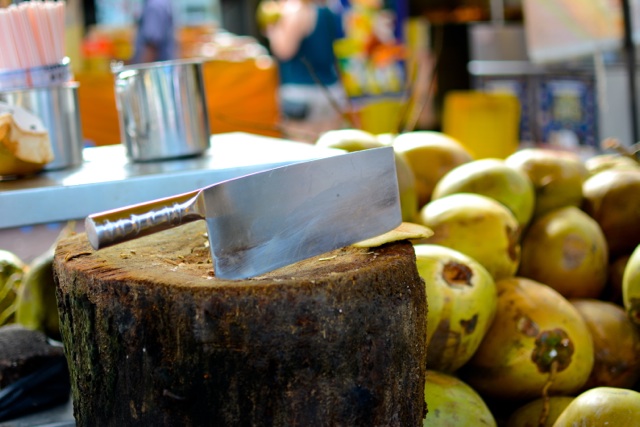 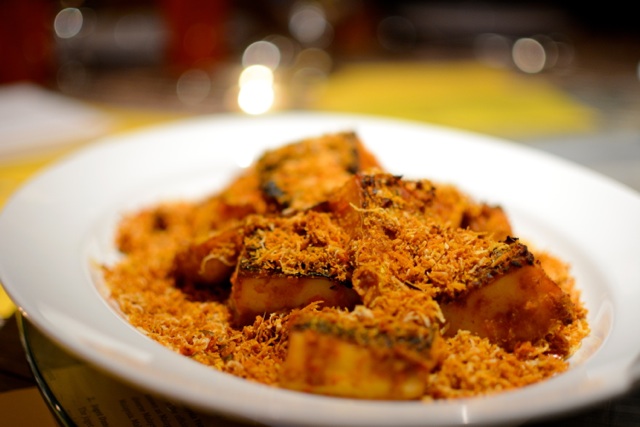 I’m not using hyperbole when I say that I saw more monkeys than dogs in Malaysia. Long-tailed macaque monkeys fearlessly roam the country, and famously, the steps that lead to the Batu Caves. These little animals are as mischievous as they are adorable. Since they’re so often fed by people, the monkeys feel very comfortable and can even get aggressive when it comes to getting what they want. I watched as monkeys munched on potato chips and buried their heads in McDonald’s bags. It’s suggested not to carry visible food lest you’re interested in a standoff akin to West Side Story. And as difficult as it might be, don’t smile. Monkeys display aggression by showing their teeth, and if you do the same, they’ll see it as a threat. The good news is they are not camera shy in the least. 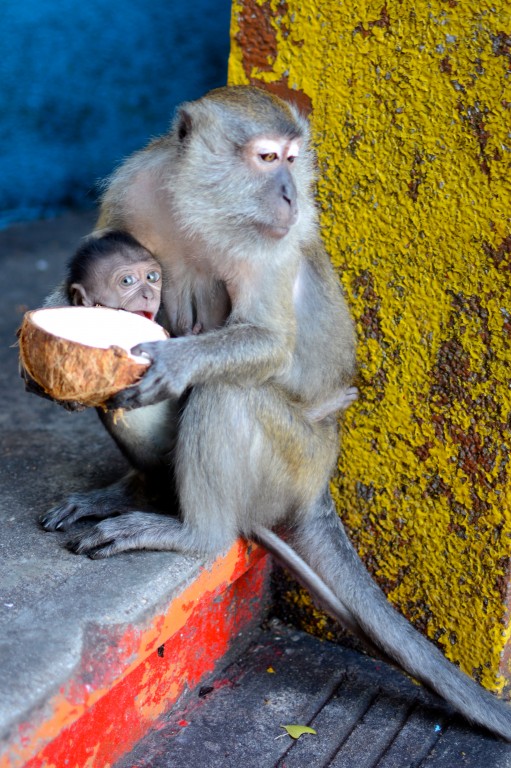 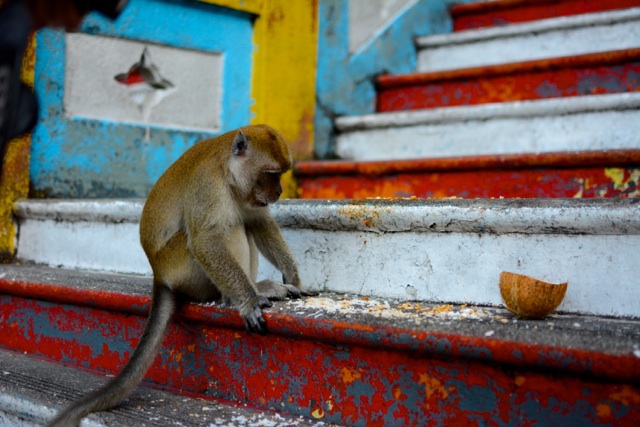 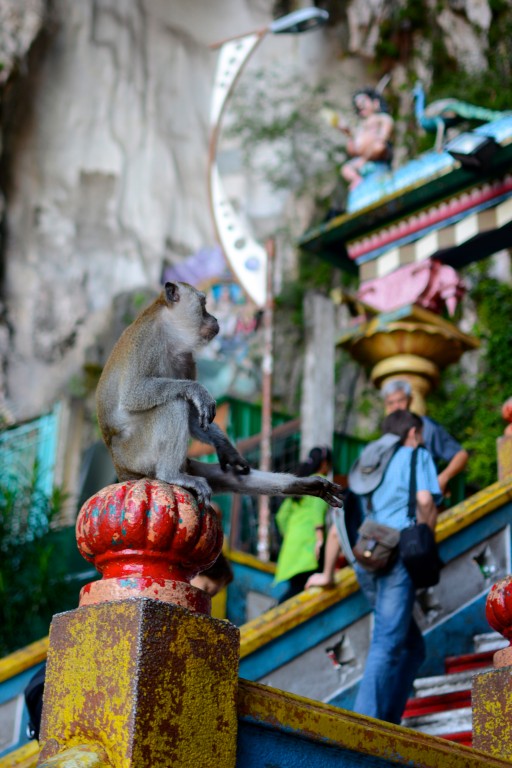 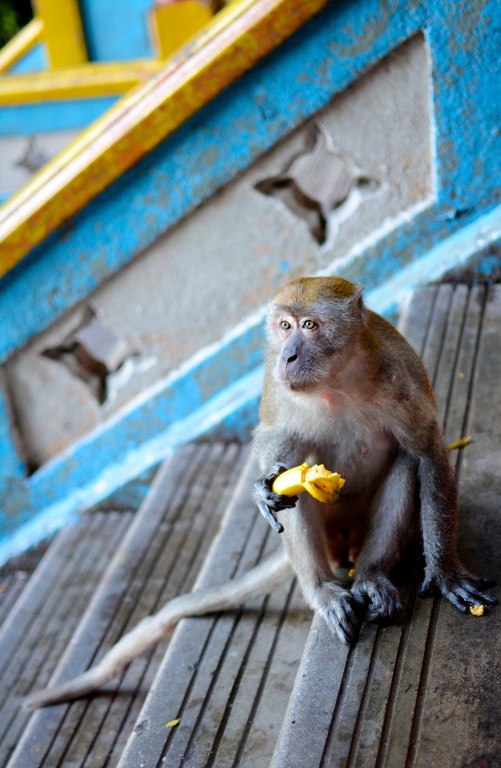 Much of my time in the country was for the Grand Launch of Visit Malaysia Year 2014, which marked the beginning of the “Celebrating 1 Malaysia Truly Asia” tourism campaign. I had time to explore a bit of Kuala Lumpur, including the Petronas Towers, Merdeka Square, National Monument Complex, and KL Tower. The Batu Caves, found just north of KL, is a huge draw for visitors, as well as a religious site for Hindus. A series of limestone caves are guarded by the world’s largest golden statue of Lord Murugan and 272 concrete steps. A day trip took me to Malacca, a UNESCO World Heritage Site. Once a Malay fishing village dating back to the 1300s, Malacca was eventually colonized by the Portuguese, Dutch, and English, which gives the city a diverse history and architecture. 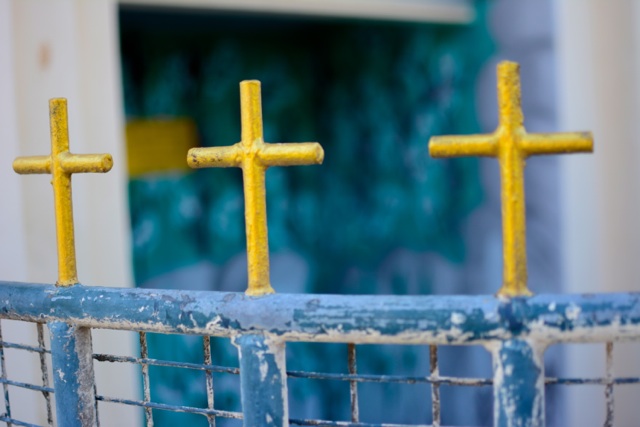 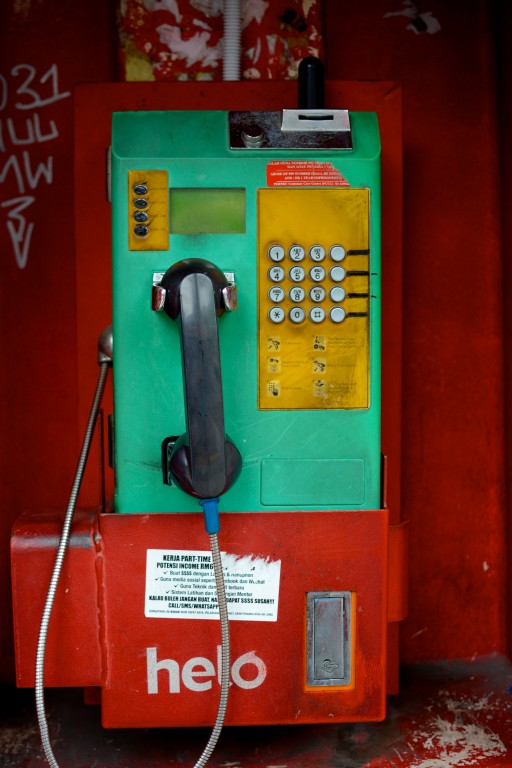 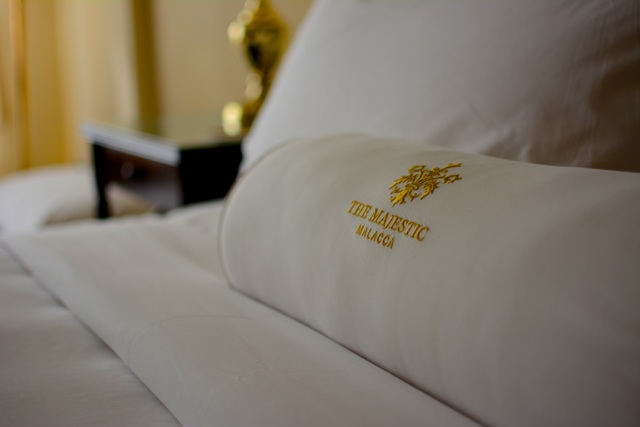 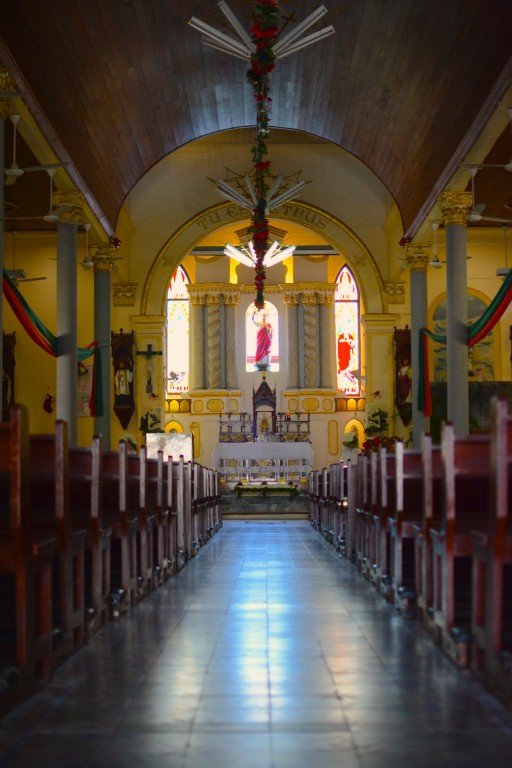 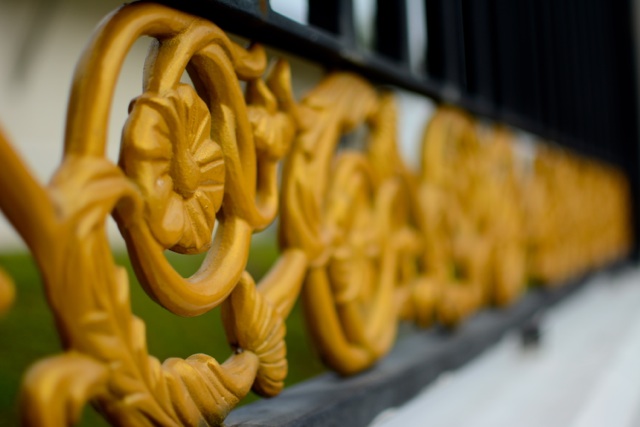 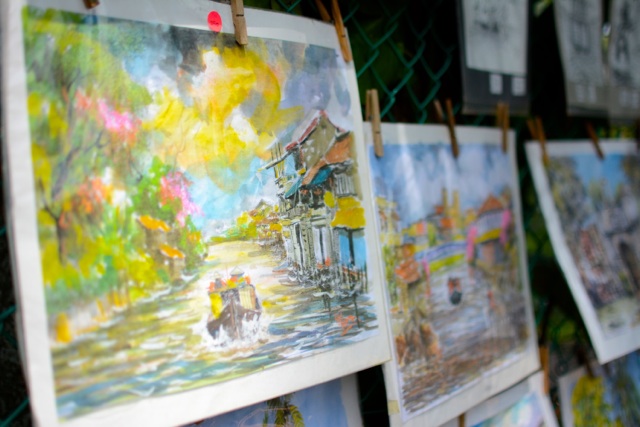 Having just a week to explore Kuala Lumpur and the island of Langkawi, I discovered that I needed much more time in the country. I want to peel back the layers of history, learn more about the culture, and soak up more of the natural beauty. When I do return, no doubt that more gold will garner the attention of my camera lens.

I was a guest of Tourism Malaysia. In no way was I swayed to write a positive review based on the abundance of mango juice, gargantuan shopping malls, or their picturesque beaches. As always, opinions are mine. For more information on Malaysia, visit their Website.

The Dreaded Long Layover: 5 Ways to Pass Time at the Airport