Even though I’ve never been a fútbol fan, I knew that living in Brazil during the FIFA World Cup would be an extraordinary experience. As a traveler, I covet unique opportunities, and this was certainly one of them. Given all of the social and political stories off the pitch, I’ve thought long and hard about what the World Cup and fútbol mean to not just Brazil, but the world. 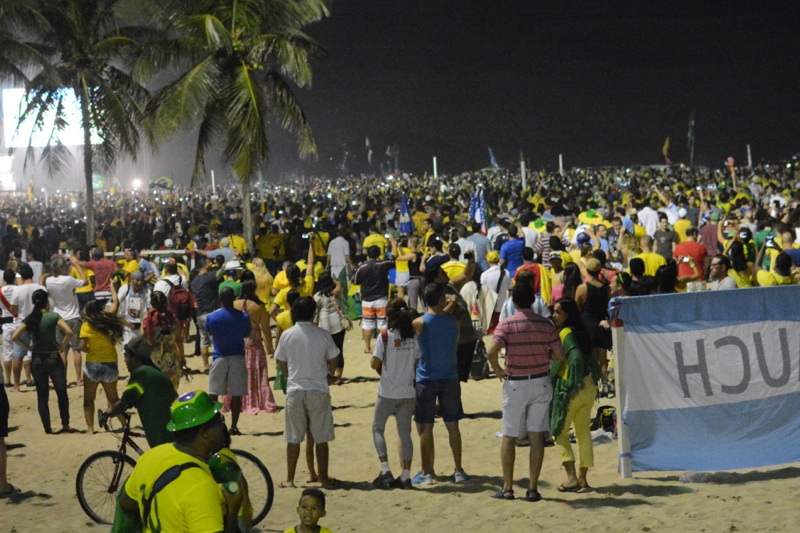 After publishing my fan photo essay from the World Cup, I was asked to share my experiences from Rio for Dignity Health’s Keep it Kind campaign. Through their Website, HelloHumanKindness.org, Dignity Health is encouraging the world to share their stories of human kindness. With so much of the negativity surrounding the World Cup, I wanted to share my experience, which was far from the picture painted on television.

Having little interest in probably the world’s most popular sport is not due to the game itself, but rather my lack of exposure to it. Soccer isn’t really a thing in the United States, taking a backseat to most every other major sport in existence. But after having spent the last two months in Rio de Janeiro, I can absolutely say that I’m now fútbol fan. 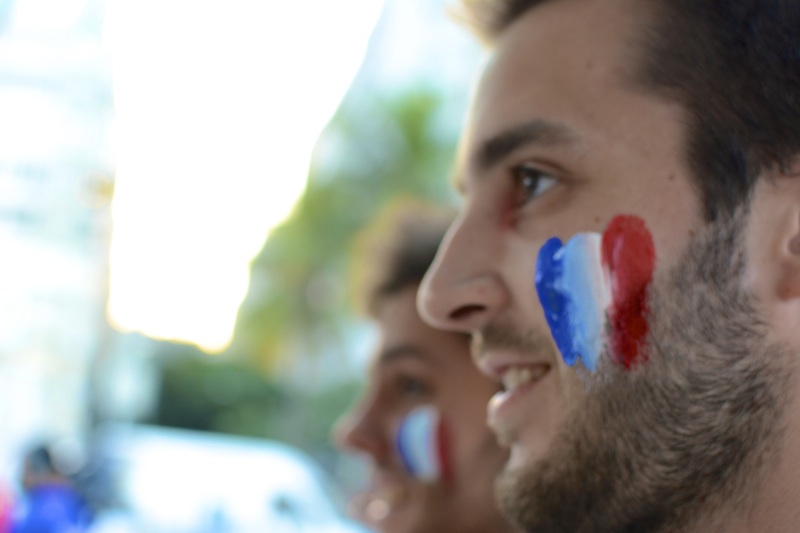 Sports have been a major part of my life since birth. My father coached under the Friday Night Lights of Texas high school football, and to this day, fall means American football to me. I played basketball for as long as I can remember, and earned a college scholarship in the sport. I coached high school basketball for a decade and even had stints coaching track and tennis. The sports culture is not only something I embrace, but revere.

Participation in sports has helped shaped me as a person, and I believe it to be an invaluable experience for others. I’ve developed a strong work ethic and learned how do deal with defeat. Sports have taught me to never be satisfied with anything less than my best effort, and that sometimes even my best still isn’t good enough to find success. I’ve learned to celebrate victories, but realize that I can’t rest on past successes—there’s always more to accomplish. 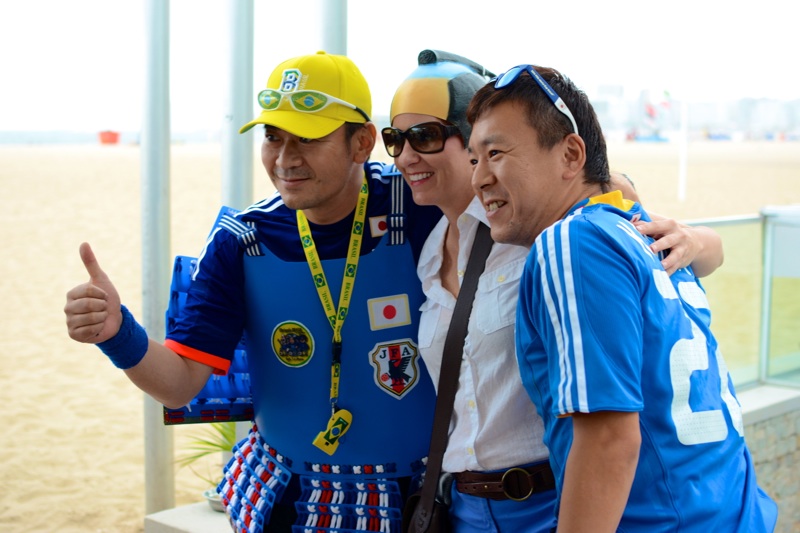 As a coach, it wasn’t enough to simply teach my players fundamentals and offenses. It was important for me to also instill in them a strong work ethic, culpability, a sense of team, and all the other lessons that have served me well in adulthood. You see, sports aren’t just about putting a ball into a basket or crossing the finish line with the fastest time. Sports are a microcosm of everyday life.

Having my press credentials for the World Cup, I had the opportunity to participate in tours open to the press. Journalists from every corner of the earth could make the trek to Christ the Redeemer and ride the cable cars up to Sugarloaf Mountain. Chances to try SUP and hike in Tijuca National Park were also available. Instead of the typical tourist experiences, I opted to visit the Bola Pra Frente Institute. 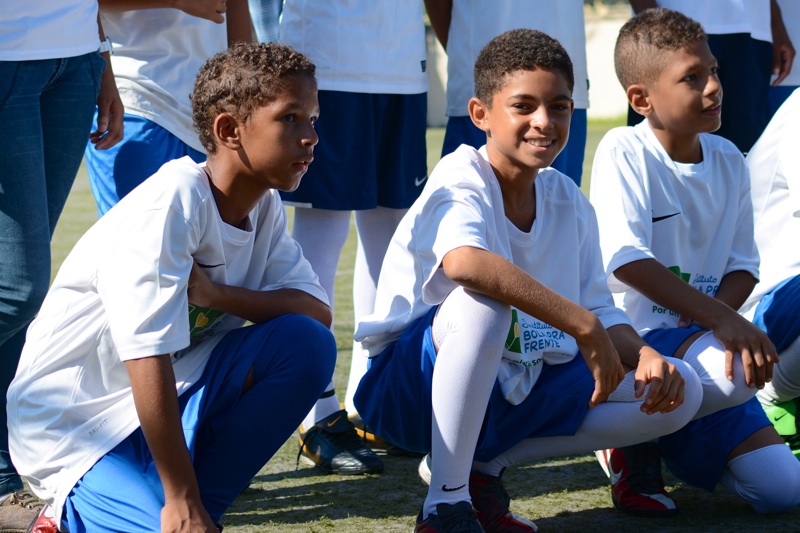 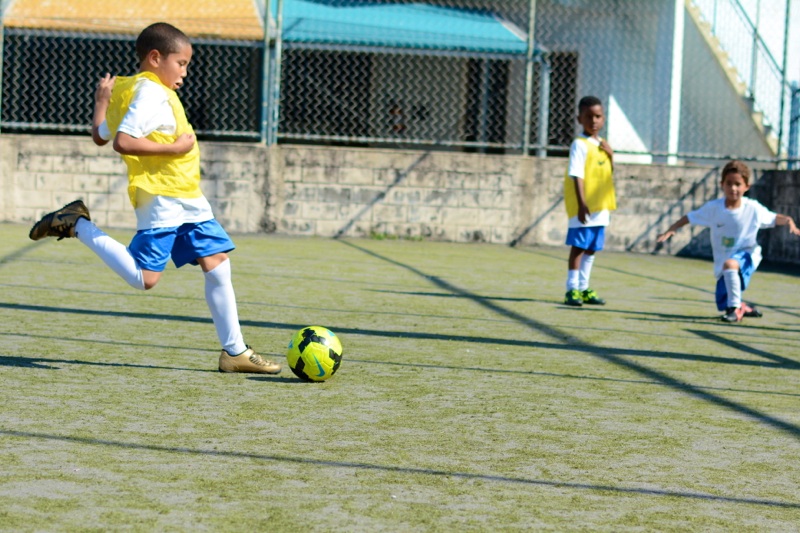 As I toured the Institute with the Director of Communications, I found myself nodding my head constantly. Surrounded by beautiful favela-filled mountains, the message and purpose of the instructors at the Bola Pra Frente Institute felt very familiar, despite the differences in language, culture, and circumstances. The likelihood of any of the kids in the program becoming fútbol stars is slim, but the chance of them becoming educated and valuable members of society is high, which is the primary purpose of the Bola Pra Frente Institute. Through an interpreter, one of the students told me, “I try to teach the lessons I learn at the Institute to my friends that don’t get to attend. Sometimes they listen and sometimes they don’t. I think it’s important to try to help others.” 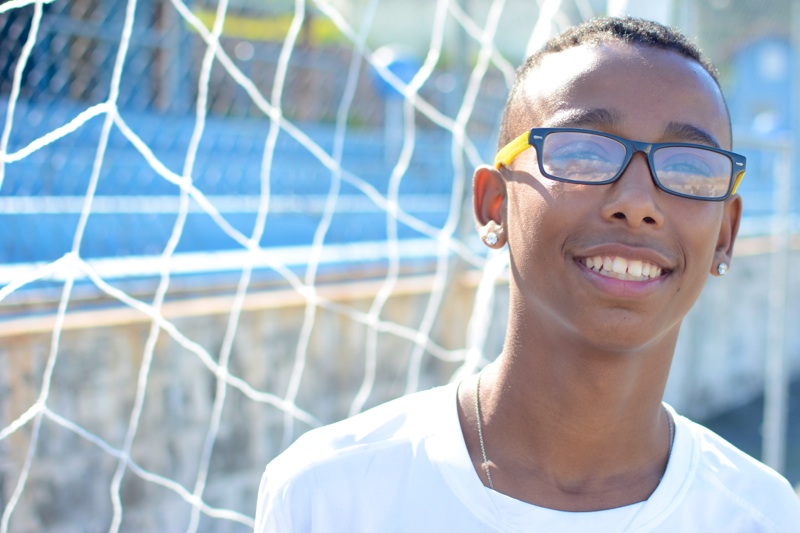 Out of the mouths of babes.

Although I’m no longer directly involved in sports, I’m still a fan. I’ve been to many major sporting events, but none came close to preparing me for the World Cup. The controversy leading up to the tournament was played out with much drama on CNN, BBC, and all the other major networks. Reporters found the small percentage of Brazilians who were protesting the World Cup and made it sound like the entire country was about to implode. Meanwhile, I watched these stories in utter amazement. This was not was I saw on the streets of Rio. In fact, it was quite the opposite. 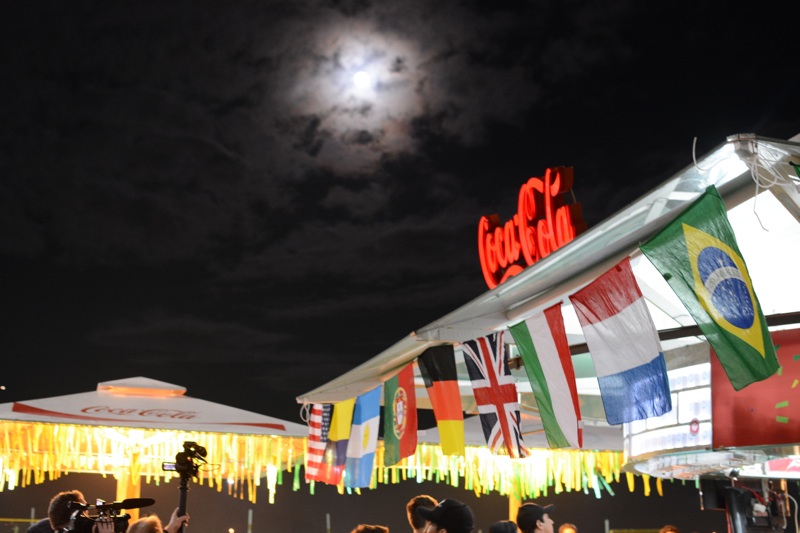 The week leading up to the World Cup, the city became adorned with green and gold streamers. Flags hung from apartment windows and businesses. If Brazilians weren’t wearing Neymar Jr. jerseys, they were sporting the country’s national colors. The energy was palpable, finally coming to a head on June 12, the opening match for Brazil against Croatia.

I watched that match on Copacabana. The legendary beach would become the epicenter of World Cup festivities, due in part to FIFA Fanfest. It was then that I became a fútbol fan. It wasn’t because the match was particularly great. Instead, this is when I first saw how the sport connects people and nations. 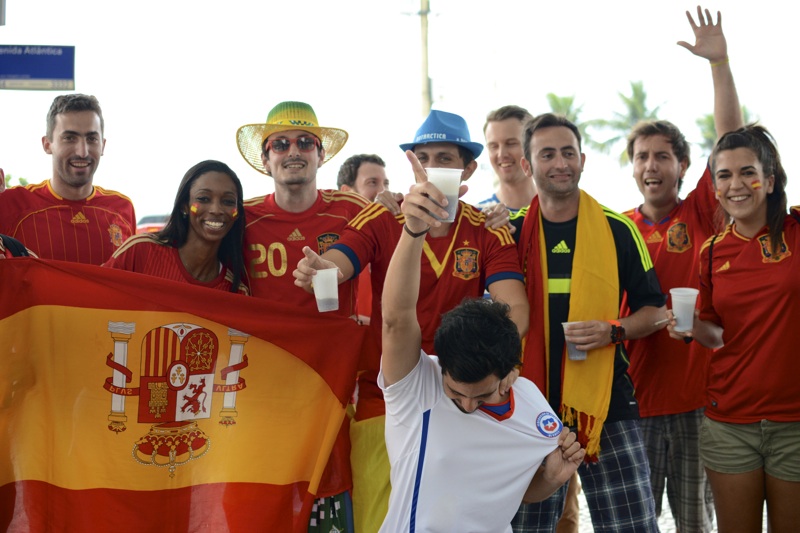 It was on Copacabana where I saw Brazilians from favelas cheering along side those from upper class Leblon. The only color that mattered was the gold on the jerseys worn by the home team. I witnessed fans from around the world draped in their respective country’s flags, but also wearing Brazil’s green and gold. This was the opening night of a month-long fútbol party with Brazil as the gracious host and the world as her guest.

On this night I made it my mission to capture fan photos from each of the 32 nations participating in the World Cup. What was originally a simple story idea morphed into so much more. Over the next three weeks, I embedded myself into the World Cup chaos. I strolled along the beaches of Ipanema and Copacabana on the prowl for various colors and flags. During this process, I saw Brazilians teaching futevolei to Argentines and Germans hoisting beers with Dutch. Impromptu games erupted on the beach looking more like a United Nations convention than fútbol matches. 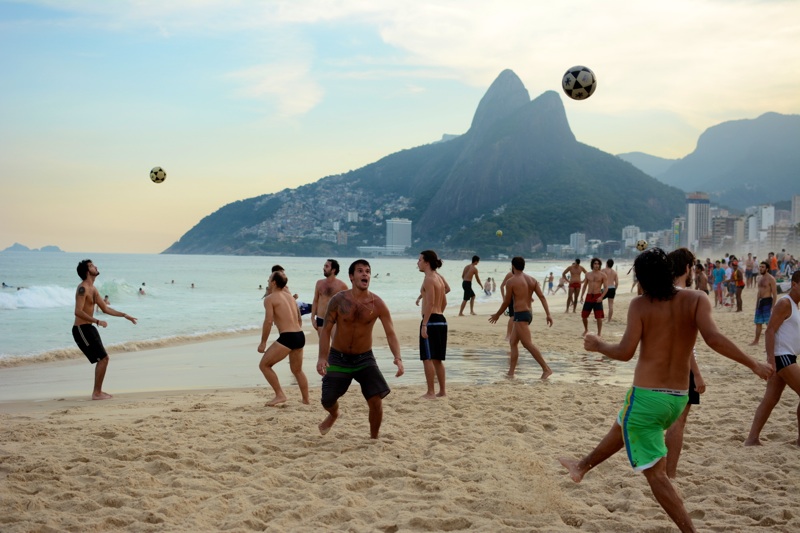 The acts of kindness certainly were evident on the pitch as well. After defeating the Colombians, the Brazilian team publicly recognized them for a hard-fought tournament in front of 70,000+ fans. Conversely when the Brazilian team was crushed, the German team sent their appreciation to the host country via a heartfelt Facebook message. The world fell in love with the feisty underdog of Costa Rica. 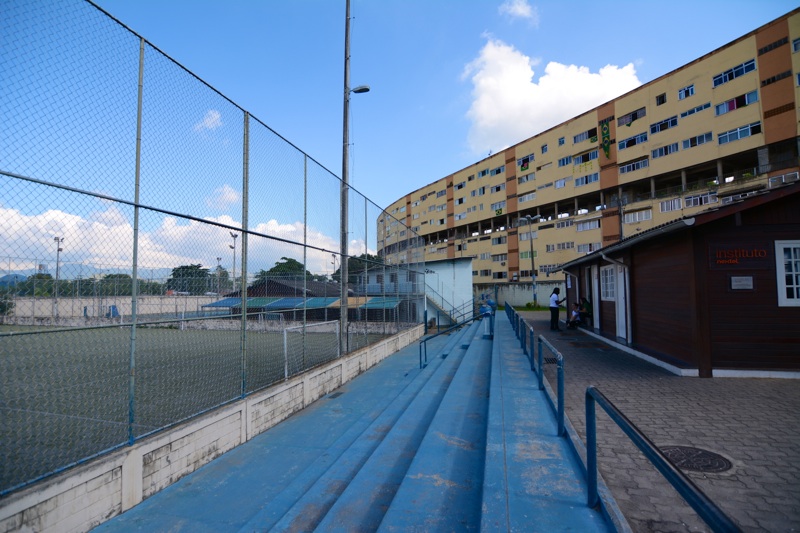 I’m not naïve enough to think that the World Cup atmosphere is all rainbows and sunshine. When extreme passion and rivalry are present this is hardly ever the case. However, I was inspired by the camaraderie shown between strangers. The language barrier didn’t seem to matter, because everyone spoke fútbol.

Have you seen or experienced an extraordinary act of kindnesses? It doesn’t have to be something that has occurred on a grand stage like the World Cup in order for you to share. Dignity Health wants you to tell your story to help inspire others to perform acts of kindness on HelloHumanKindness.org and by using the hashtag, #keepitkind. You can find out more information on Facebook and Twitter.

I was compensated to write this post, but in no way did it influence my thoughts. I’m a HUGE fan of being kind and believe the world would be a better place if we were all nicer to one another.