One of my favorite things about the time between Christmas and New Year’s are the end-of-the-year countdowns. Whether it be music, movies, most-shocking celebrity moments, or biggest news events, I’m a sucker. That being said, it should come as no surprise that I’d have a countdown of my very own. So without further ado, here are my favorite posts from 2012.

“With so many places in the world that I’ve yet to see, I rarely visit a place twice. But there’s just something about Las Vegas that draws me in like a moth to a flame. She’s a temptress, and I fall into her glitter-covered arms every chance I get.” 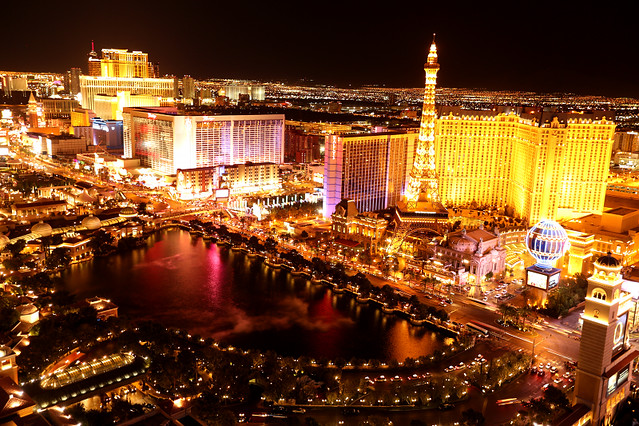 If you know me or anything about me, you know that I’m a fool for Las Vegas. Simply writing about Sin City gets my pulse racing. In this post from August, I explained exactly what makes Vegas so special to me and why I keep going back time and time again. And no, it’s not just for the blackjack.

“Experiences are much more memorable than looking at a bunch of stone and mortar. For my lifetime, I’ll certainly remember the giggles over Gaudi.” 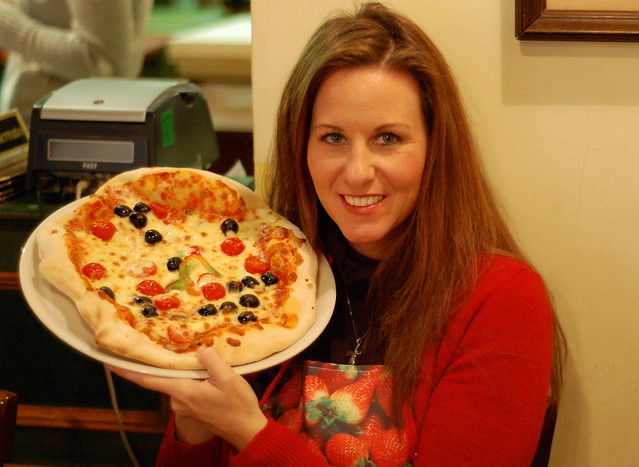 This post from December is a snapshot of three of my most favorite and unique days in Europe. These days weren’t simply about seeing stuff; they were about doing stuff. I challenged myself to try new things, and for a few hours, I let go of my inhibitions and willingly embarrassed myself. I kind of liked that feeling.

“It was Sunday morning and the city was still in the state of slumber. Although I was running on a mere four hours of sleep, I wasn’t tired. For years I’d dreamt of walking the same streets that James Joyce, Oscar Wilde, and Jonathan Swift did.” 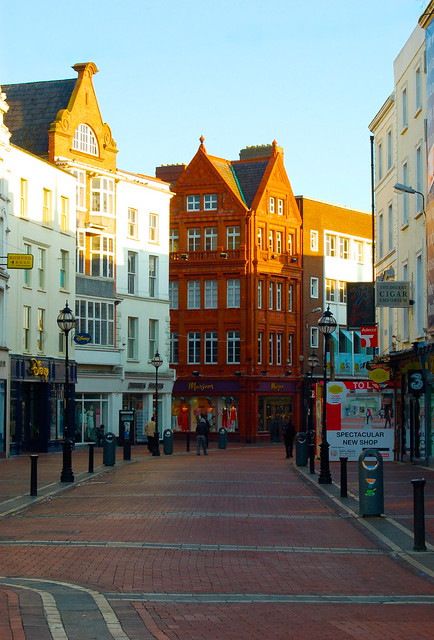 There’s nothing I like better than exploring a city in the early-morning or late-night hours. Instead of focusing on the people around me, I see the place stripped down and quiet. I am able to take note of things I would have otherwise missed in the light of day. On this, my first trip to Ireland, I had Dublin to myself. In a week filled with fantastic experiences, these few hours stand out the most in my mind.

“I regret not turning off the music and tuning into my mom. I should have soaked up every minute of that trip with her. How foolish of me. Now when I hear Coldplay’s tune, I feel a mix of melancholy and happiness.” 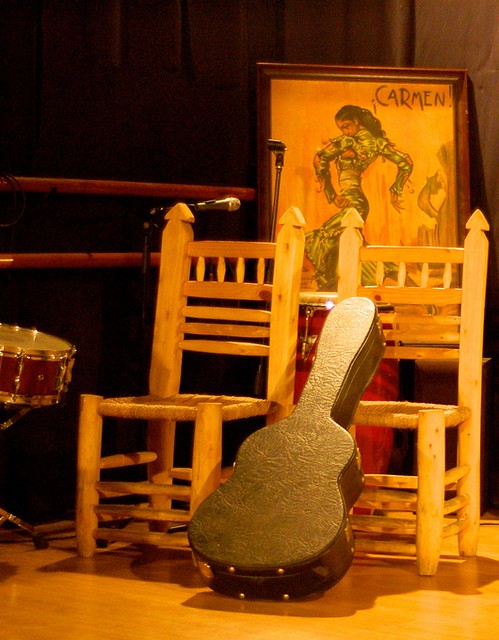 With Pandora playing on my work computer, I was suddenly transported to Scotland when Coldplay’s “Vida La Vida” passed through my earbuds. It startled me a bit, but then began thinking about how songs can instantly transport us to another place and time. In June, I wrote about five songs that immediately evoke travel memories for me. It’s like a welcomed lightening bolt, never knowing when or where it will strike.

“It’s rare that you meet someone that makes you pull out a pen and paper in order to document the things he or she is saying. On my recent trip to the Amalfi Coast such a thing happened.” 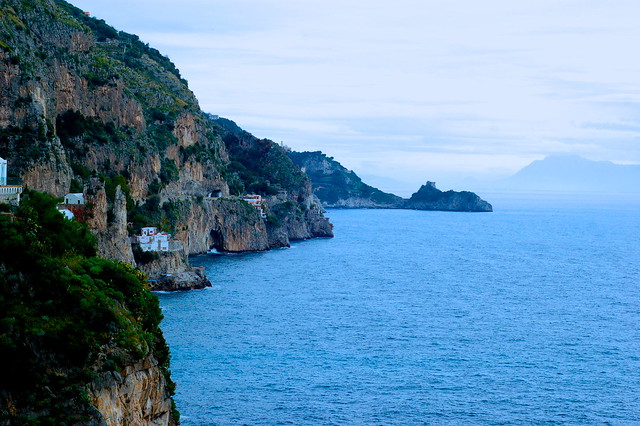 I’m not sure it’s fair that I count this as one of my favorite posts of 2012 since I didn’t write the majority of it. Instead, the best stuff came from Enzo, my philosopher/driver/guide. However, I’m including it because he was my muse. Psychic or simply insightful, Enzo made statements that startled and surprised me. It’s as if I was an open book and he was reading me line by line. Couple that with the beautiful scenery and I had an unforgettable day.

“Before I knew it, he was gone and I was left standing in front of Le Bar wondering what had just happened. Had I really had dinner with Lionel Richie, music mogul and legend?” 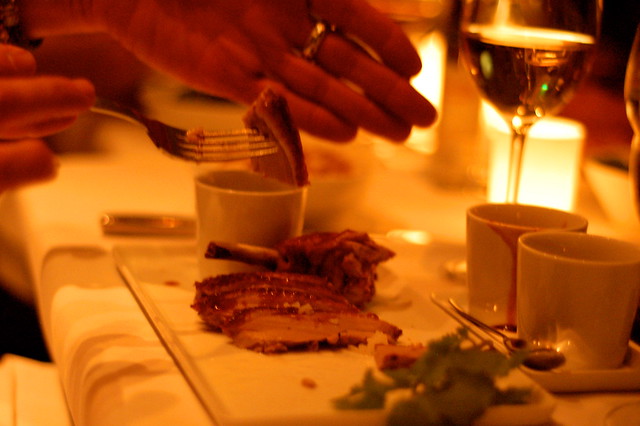 {Yes, that’s Lionel showing off his roasted duck in the photo.}

Well, you just knew that this would make an appearance in the countdown, didn’t you? Writing this post was tricky. It was hard to convey exactly the mood and surreal feeling that centered around that night. The devil’s in the details, and there are some things that I wanted to keep just for Lola and me. After all, I couldn’t spill everything we talked about. What if Lionel wanted to meet again? If not, we’ll always have Paris.

“As an observer, it’s easy to get lost in the extravagance and exuberance of Rio’s Carnival parades. They’re over-the-top, flamboyant, and outrageous. But for the communities who pour countless amounts of time, energy, and money into this pre-Lenten celebration, it’s a tremendous source of pride. And for a few days each year, thirteen samba schools capture the attention and ignite the imagination of the world.” 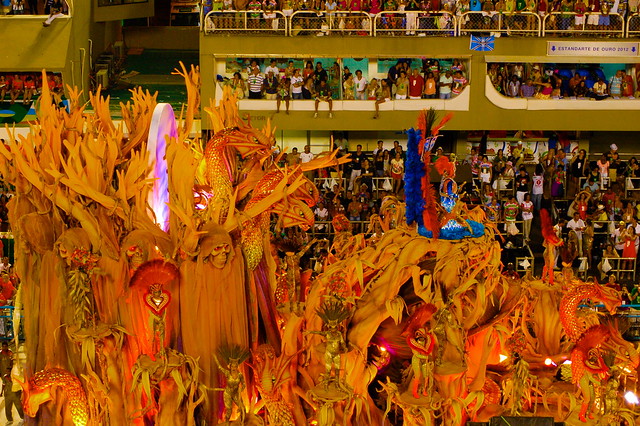 The Samba Parade in Rio is the most magnificent show I’ve ever laid eyes on. It rivals a Superbowl halftime show or Olympics opening ceremony. It’s not just the over-the-top costumes and floats that make this Carnival event spectacular, it’s knowing the symbolism, tradition, and that a year’s worth of work goes into putting on such a production. It’s the idea that an entire neighborhood pulls together for twelve months to produce something that lasts no more than one hour. Rio’s Samba Parade is easily the greatest show on earth.

“I’m not arrogant enough to believe that my simple keystrokes are powerful enough to change the world, BUT they do change my world. Through my writing, I’ve been introduced to people I wouldn’t have met and experiences I wouldn’t have had without it.” 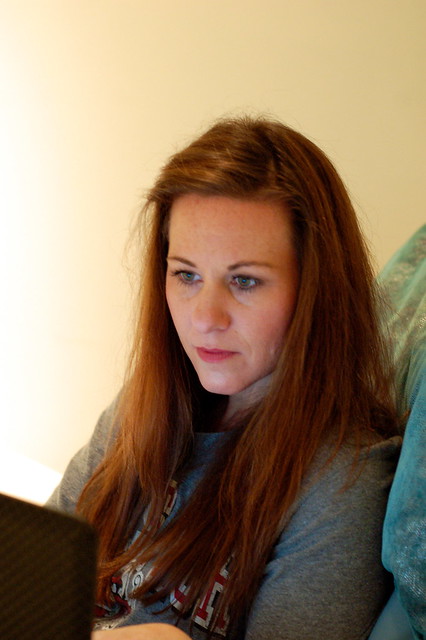 I wrote this more for myself than anyone else. I was feeling a bit ornery and kind of pissed off about some things I was observing. I suppose this was my way of thumbing my nose at the establishment and encouraging myself at the same time. The fact that it got such a response was icing on the cake. If it did nothing else, it made me feel better by writing it.

“I can’t stand floating around with drunk, belligerent, or inconsiderate people who are only concerned with themselves and have no regard for others. I realize that I will and do encounter these people in all forms of travel, but on a cruise I’m stuck with them for the duration of the trip.” 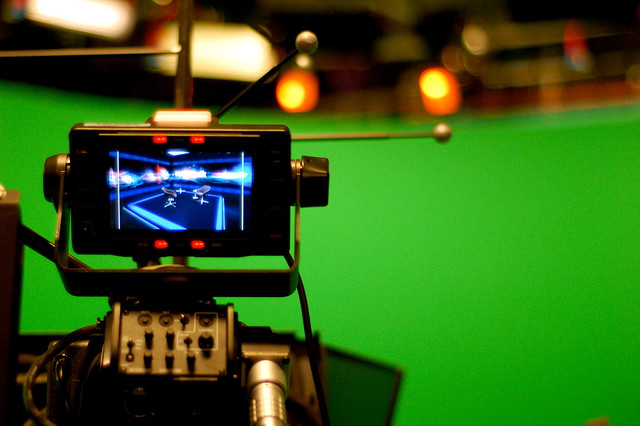 This was a post that I had in draft mode for at least three months. It was April and I was tired of writing about Ireland, so I polished it up and pressed publish. With a title such as “I Hate Cruises” I knew that it would get some attention, but I had no clue what sort of firestorm it would cause. This has the second most comments {123} of any of my posts and is the third most read. I don’t find the writing in this post to be particularly spectacular, but it’s the chain of events that ensued after. I had my first encounter with a troll. Sadly, he had no idea that he was dealing with the queen of snark, so instead of deleting and blocking him, I used him to drive traffic to my site, which ultimately led to an interview on BBC World Service about my hatred of cruise ships. And that interview led to being driven in a Rolls Royce for my tour of BBC’s new world headquarters in London. BOOM!

Travel Through the Eyes of a First-Time Flyer

“I loved listening to her talk about the New York trip. It was something truly special to her, and with each comment, I watched her brown eyes dance. This was the trip of her lifetime. I decided that we all deserve to have at least one trip of a lifetime, and I’ve been fortunate to have many.” 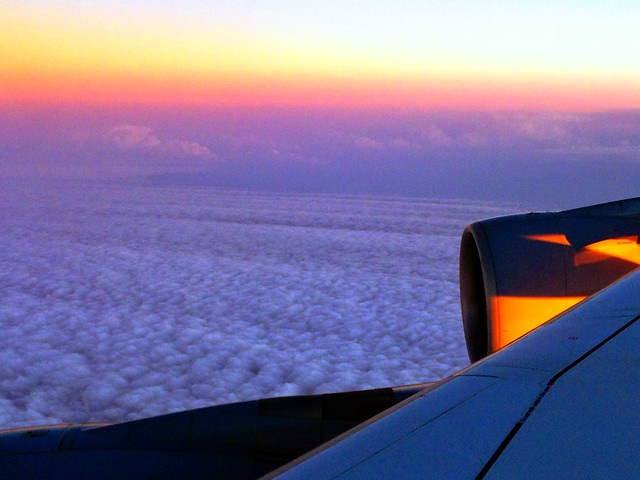 This post was unexpected and resulted from an experience I had sitting next to a first-time flyer on the way to New York. Although I had a big weekend planned in Boston, I couldn’t stop thinking about those four hours with Sharice on the plane. I needed an attitude adjustment and this complete stranger gave it to me. I couldn’t help but write about the experience. You can bet that I’ll reference it when I begin to grumble about the TSA or when I find myself taking travel for granted.

“I am consumed with thoughts of stealing away to the medieval city of Prague, pouring over the Gothic architecture of Barcelona, and listening to tunes by Strauss in Vienna. I’m armed with a suitcase and an American Express Centurion card on a plane bound for Europe. In this most elaborate fantasy, I set off like Gulliver, trying to stave off my insatiable wanderlust by exploring the countryside and greatest European cities, before finally finding peace, strolling along the Arno River in Florence.” 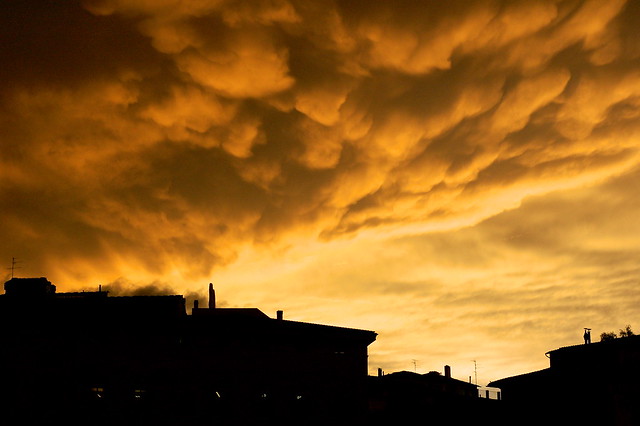 The reason why I love this post is two-fold: it’s the best thing I’ve ever written and it presented me with a platform I might not have had otherwise. I’ve written a lot in my lifetime, and to say this is the best, is saying a lot. I poured over this post for weeks. I had a well-published writer rip it and me to shreds. I tore it apart and put it back together more times that I can count. I agonized over the assonance, consonance, alliteration, and personification. I utilized imagery in the smallest of details. In short, this post consumed me for a good month. I knew that this would be the most important thing I’d ever written, even more than my law school entrance essay. Because winning Go with Oh would not only give me a bounty of travel opportunities, it would also help unlock the door to the life I wanted.

It Rained the Day I left Paris

“So I had to leave Europe. At least I got to go in the first place. In order for a new adventure to begin the current one must end. Mine ended on a rainy morning in Paris. Perhaps I’ll return in the spring to find a rainbow, tulips in bloom, and the lushest grass I’ve ever seen. And I hope to do it with Lola, the absolute best part of my trip.” 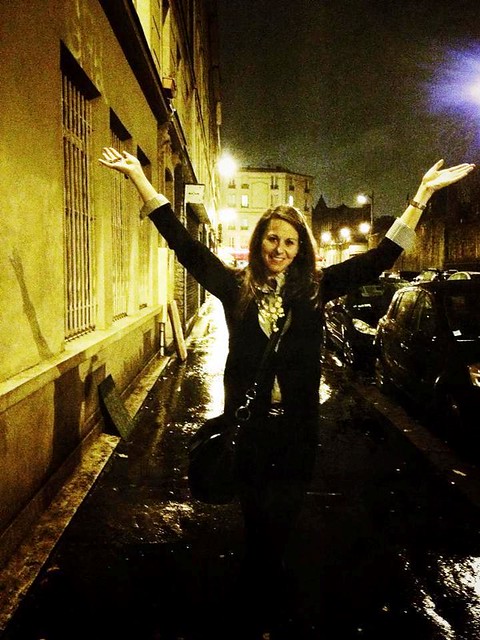 When I sat down to choose my favorite posts of 2012, this one immediately came to mind as #1. There wasn’t any other one that even gave me pause. This post was essentially the culmination of my year. Since March, I’d been thinking, writing, or planning for this trip. And as my friends and family can attest, it was pretty much all-consuming. Had my Euro tour been anything short of spectacular then I would have been disappointed. And even though I planned within an inch of my life, I could have never planned to meet such wonderful people while in Europe. This was my tribute and thank you to them and a closure of sorts for me. This small segment of my life is over and now I move on to the next. I’ll always be able to look back on this post and remember that one great month and the people that helped make it so special.

Did your favorite make my top 12? What is it?