Colorado has a long and storied program, winning a National Championship in 1990 and a Heisman Trophy in 1994. But with the program’s recent transitions, the view looking outside of Folsom has been much better than the view on the field. Oh, but what a view it is. Boulder is one beautiful town and Folsom Field offers a great opportunity to see it. The Flatiron Mountains in the near distance stand guard as Ralphie the buffalo, perhaps the greatest mascot in the country, leads the team into the stadium. 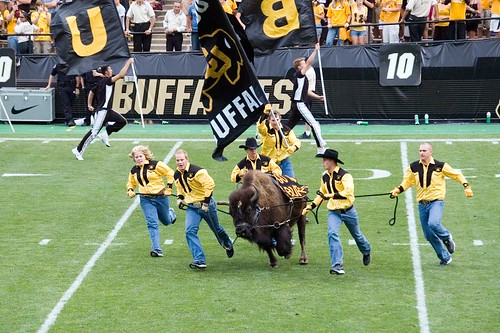 There isn’t a bad time to go to Boulder; every season offers something different. But we’re talking football. In October the heat is gone and the air is crisp. The leaves have turned and conference games have begun. It’s football weather at its finest. It is bound to be an electric atmosphere. If you’re hoping to hit the slopes, a November game would be your best option. Eldora, at 35 minutes, is the closest ski resort, and bus service is available from Boulder. 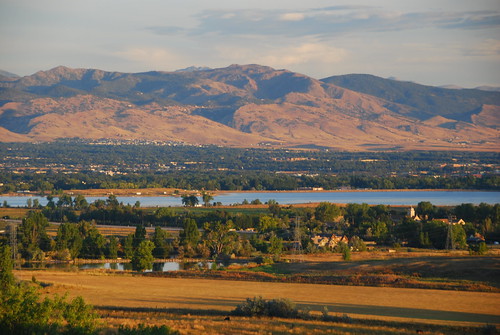 Playboy named CU the #1 party school for 2011. Boulder has 50 medical-marijuana dispensaries and four breweries, so you know the tailgating scene will be fun. Don’t think tailgating is all about college students partying; game day at CU is also a family affair.

A classic tailgate wouldn’t be complete without booze, food, music, and games. Pick up your alcoholic provisions at Liquor Mart, pack your grill and meat of choice, and grab your beer pong accessories. That sounds like a lot of work you say? Well, you could just don the gold and black and make nice with the locals. You’ll be throwing back a Coors, munching on Buffalo wings, and entered into a beer pong tournament before you know it. Buff fans are known for their tailgating food; even the Food Network and the Travel Channel have stopped by for a visit. There are tailgating spots scattered throughout the campus, but the best places are located across Stadium Drive. Keep in mind that campus parking lots open for tailgating four hours prior to kickoff and close one hour after the end of the game. 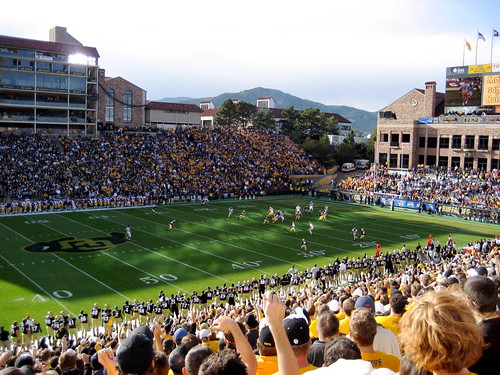 Make sure you are in your seat to see one of the greatest entrances in all of sports. Ralphie the buffalo leads the CU team into Folsom Field at the start of each half. It takes five runners to handle her. Yes, Ralphie is a girl, and she can reach speeds up to 25 miles per hour. You can also catch a glimpse of Ralphie before the game. She is pulled in her black and gold trailer through the University Hill area on the way to the stadium.

This will be the first year that CU is playing in the Pac-12 Conference. This should prove to be an exciting season for the Buffs, and new rivalries are certain to be made. Purchase your tickets online or contact the ticket office at 800-87-BUFFS. If you want a rowdy atmosphere, make sure you get a seat near the student section. They’re known for their passion and raucousness.

Parking on campus costs $20, and there is reduced-rate parking at POD G with a free shuttle to the stadium. BuffRide offers service from Longmont and Denver starting two and a half hours prior kickoff. The Boulder Buff Shuttle leaves from the Table Mesa Park-n-Ride one and a half hours prior to game time and every 10-20 minutes until the start of the game. The bus will run back to the park-n-ride up to 45 minutes after the game ends. 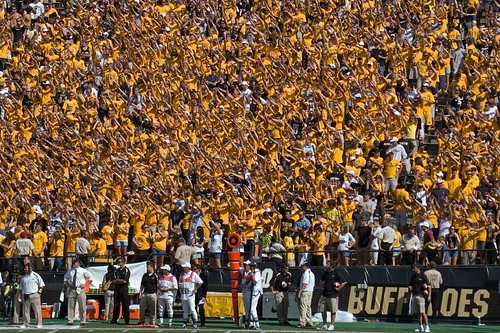 Pearl Street Mall is a brick-lined pedestrian commercial area full of locally-owned shops and restaurants, as well as national chains. It’s also the location for the Pearl Street Stampede, a pep rally on Friday nights before CU home games. Head to Pearl Street for after-game drinks or a bite to eat. Relax with a pint on the rooftop of the West End Tavern for a spectacular view. Get in line for pizza at the original Old Chicago. Check the availability at the bar first; it’s open seating. Hapa Sushi offers early bird and night owl specials. Illegal Pete’s is Colorado’s own Chipolte-esque place to indulge in burritos, tacos, and salads. When your sweet tooth calls, visit Tee & Cakes, Rocky Mountain Chocolate Factory, or Two Spoons for gelato. 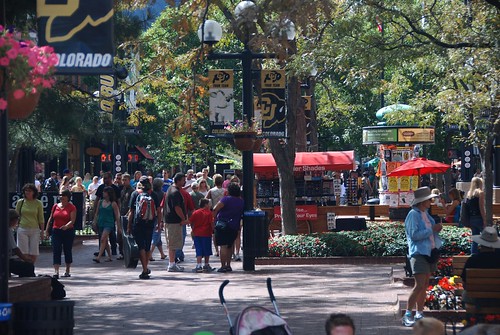 Escape Pearl Street for one awesome burger at the World Famous Dark Horse Bar and Grill. The Sink is another Boulder burger favorite. Half Past Subs isn’t your standard sub shop. Try one of their innovative subs and a giant pitcher of margaritas on their patio. Nothing helps cure a hangover like a good breakfast. Look to Village Coffee Shop and their famous saddlebags.

If you’re looking for more activity than playing washers, consider a morning hike through the Flatirons at Chautauqua Park. In fact, there are over 300 miles of hiking and biking trails, so take your pick. Boulder wasn’t named Outside magazine’s “#1 Sports Town in America” for nothing. Go rock climbing, fly fishing, or kayaking sometimes without even leaving the city limits. 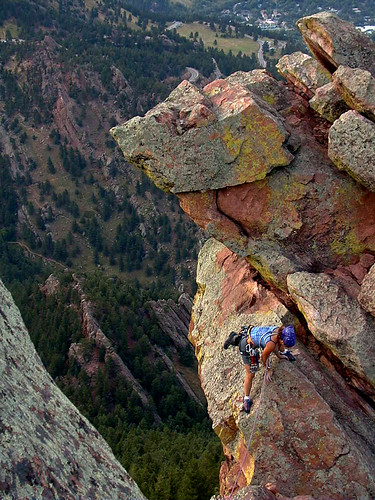 Boulder Walking Tours offers visitors a glimpse into the city’s history, while Banjo Billy gives a funky take on its 90 bus tour. Boulder’s just not about beer; it’s a wine destination too. Brookcliff Vineyards and Boulder Creek Winery are just two places that offer tasting room and tours. 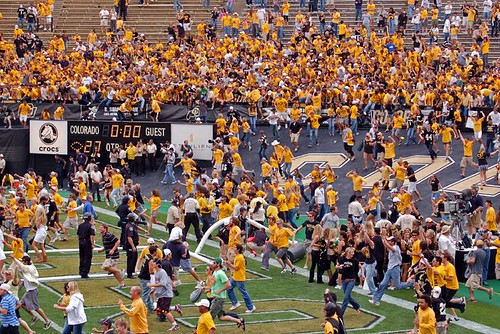 It’s been awhile since 1990, the year the Buffs won their one and only National Championship. However, time hasn’t changed the fans’ passion their football team. A new conference, coach, and season will be the start of a new era in CU football.

But the view from Folsom Field? It remains the same.