It’s hard to imagine a more beautiful setting for a football game than Neyland Stadium in Knoxville, Tennessee. Nestled at the foothills of the Great Smoky Mountains, Knoxville is blessed with some of the most scenic country in the United States. The city is surrounded by three national parks, several lakes, and the Tennessee River; it’s picturesque, that’s for sure. However, all this natural beauty is overshadowed by UT football in the fall. In Knoxville, life is orange and white.

Neyland is the third largest college football stadium in the country, and it is built on the banks of the Tennessee River. UT is only one of two places that you can tailgate on the water (sailgate). Seeing over 100,000 people clad in orange and hundreds of boats tied together for a football game is reason enough to make the trip to Knoxville. 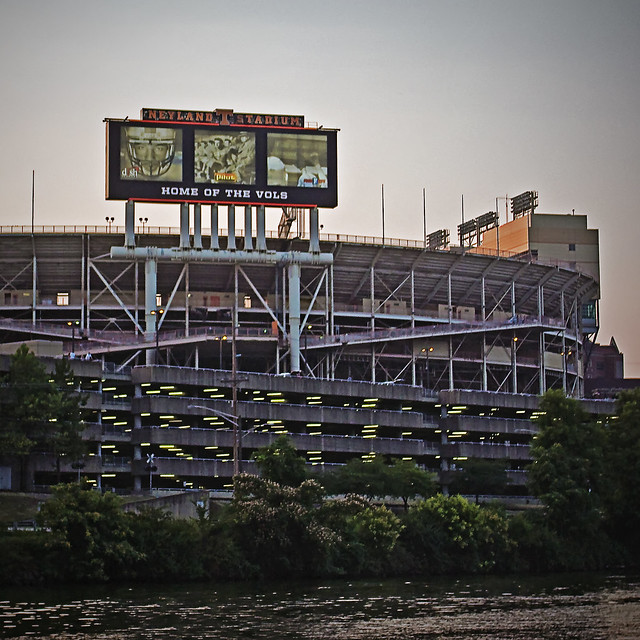 Football season isn’t just about UT orange; golds, purples, and scarlets sweep across the entire Eastern Tennessee landscape. New England doesn’t hold a monopoly on the turning of the leaves. Take any road out of Knoxville from mid-October through the end of November and you’ll see a tapestry of color washed over the landscape. 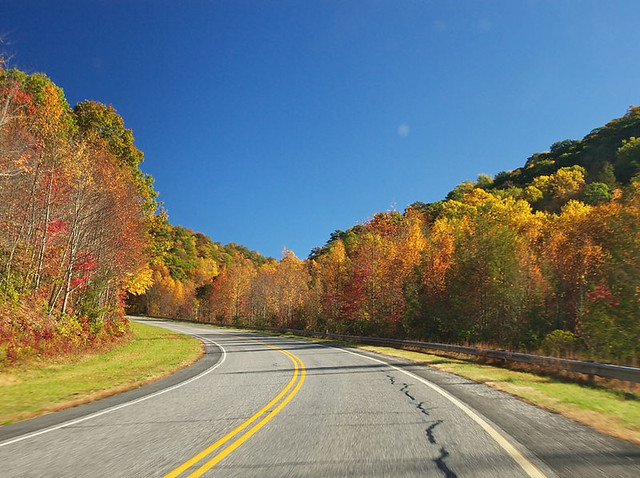 The six or so weeks that Knoxville is aglow with the colors of the autumn leaves is also prime football watching time. Southeastern Conference (SEC) games have started and some of the best teams in the nation, as well as the Vols’ biggest rivals come to town, namely Florida and Alabama. In the years that those two schools visit Knoxville, visitors are witness to one of the greatest football and college atmospheres in the country. 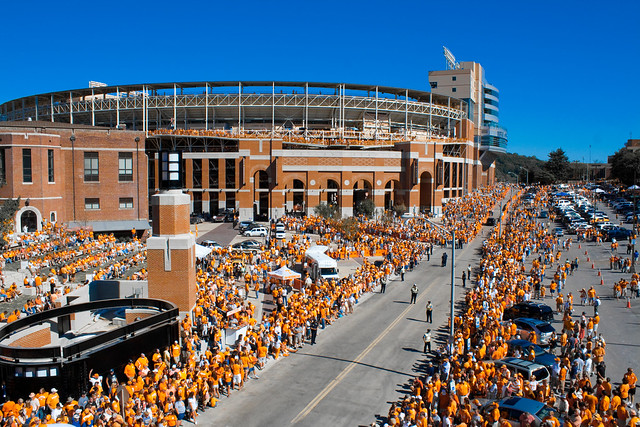 As mentioned before, Tennessee is only one of two college football stadiums where you can sailgate. Due to Neyland’s unique location along the Tennessee River, Vol fans can cruise to the stadium in their boats and tie up to other fans. Boaters are known as the Vol Navy. The tradition began in 1962 when UT broadcaster, George Mooney, discovered a quicker way to get to the stadium. Now hundreds of boats of all kinds make up this floating tailgate party. They even have their own group known as the Volunteer Navy Boaters Association. 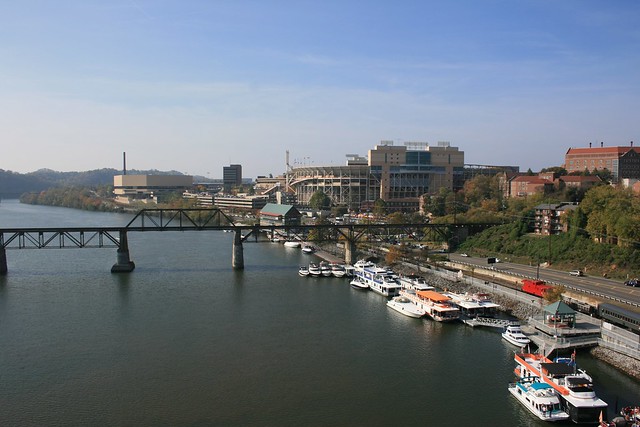 In addition to the unique sailgating, UT also has plenty of traditional tailgating. However, they do not have plenty of parking, so get there early. The parking garage near the stadium known as Lot G-10, is a prime spot for tailgating, especially on the top level. You won’t be able to park there, or many other lots near the campus as they are reserved for donors. Find parking and some rambunctious tailgating in the Fort Sanders area or Frat Row. Circle Park is located next to the stadium and provides a lovely green space to take it all in.

At Tennessee, you’ll see your standard tailgating fare like burgers and brats, but you’ll also get a lot of BBQ. Grilled and smoked chicken, ribs, and pulled pork will all have a dose of BBQ sauce. Another item you’re sure to see is the beer butt chicken. Place a half-full beer with the top cut off in the cavity of a raw chicken and put it on a grill or a smoker. Spices vary with the person cooking, but the beer adds flavor and keeps the chicken tender. Make it a priority to have one if you’ve never tried it before. As far as drinking goes, avoid bottles. Instead pour your drink into a cup; cans are fine.

Some people would rather not bother with setting up tailgates and instead opt for the bars and restaurants near the stadium. Cumberland Avenue, better known as “The Strip,” is loaded with places to watch games, drink some fine Tennessee whiskey, and have a bite to eat. Places get packed, and just like with everything else, get there early.

Check out The Rock. It’s served as a canvas of sorts for students since the 1960s.

Two hours and fifteen minutes prior to kickoff, fans gather for the Vol Walk down Peyton Manning Pass, named after the Vol and NFL great. The walk allows fans to get close and cheer on the team as they walk from Gibbs Hall to the stadium.

Shortly after the Vol Walk, the Pride of the Southland Band heads to the stadium. The Band March begins one hour and forty minutes before kickoff. The band marches up Volunteer Boulevard to Andy Holt Avenue and then onto Phillip Fulmer Way, playing the whole way. They stop to “Salute the Hill” before going into the stadium. 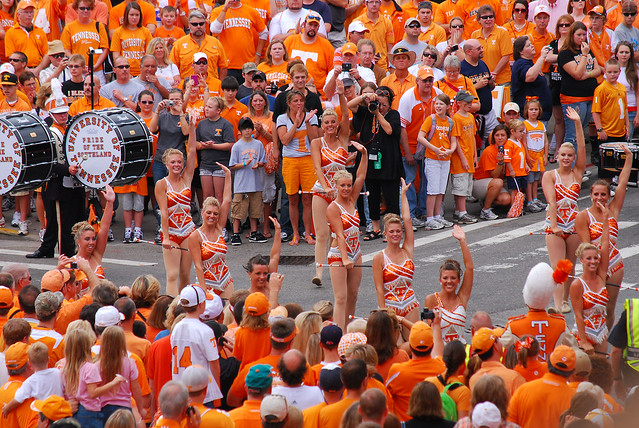 Although Tennessee is nicknamed the Vols, the official mascot is Smokey, a blue tick coonhound. Prior to the opening kickoff, the Vols, led by Smokey, enter the field through a giant “T” formed by the Pride of Southland Marching Band. 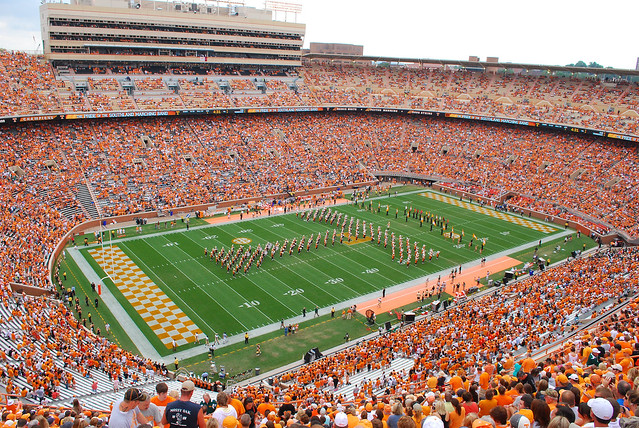 If you leave Knoxville without learning the words to Rocky Top you just weren’t paying attention. It’s not the official school song, but it is the anthem of all UT fans. You’ll hear it. A lot. Make sure you add “whooo” if you want to fit in.

Head to the area of campus known as The Hill and Ayres Hall to get a great view of UT’s campus. The Hill is where the old campus was built. This part of campus stands on a rising bank above the shore of the Tennessee River. 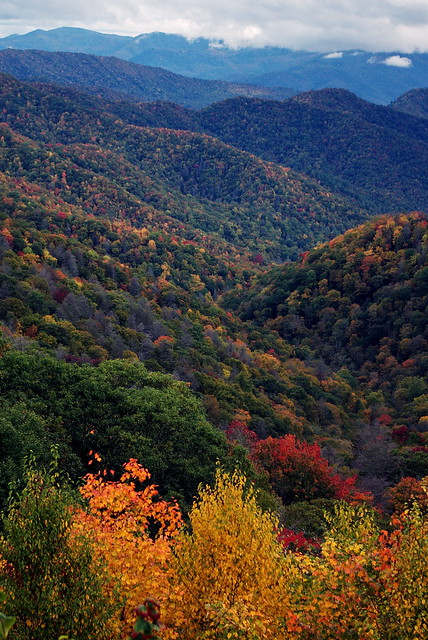 The eleven mile drive around Cades Cove is one of the most scenic drives in America. You’ll spot wildlife such as deer and black bears. Get a view of Knoxville and the Tennessee River by taking a riverboat cruise. Take a Civil War Sites Tour. You’ll see significant Knoxville Civil War sites such as Forts Sanders, Hill, Dickerson, and Stanley. 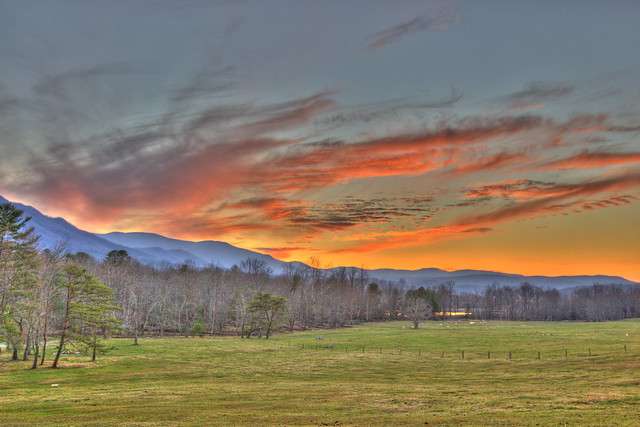 Visit the Old City for shopping, food and nightlife. Many businesses are housed in buildings on the National Register of Historic Places. The Crown and Goose, located in the Old City, offers an English pub atmosphere. The Strip is the heart of the college nightlife scene. Market Square is another area for visitors to find food and drink; most of the places offer patios to enjoy the beautiful Knoxville weather. Preservation Pub, located in Market Square, is a great place to catch some of the famous Knoxville music. 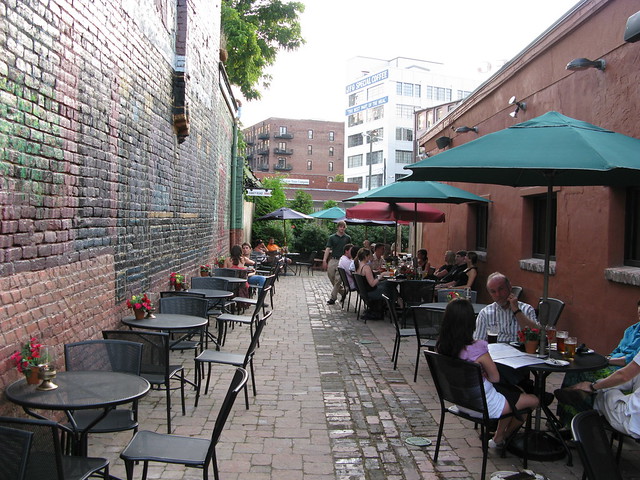 There are plenty of great places to eat in Knoxville. Calhoun’s on the Riveris located near the stadium and is accessible by boat. It has its own dock, an outside deck, and an enclosed deck for pre or post-game celebrating. Try their self-proclaimed “best ribs in America.” Family-owned Ye Olde Steakhouse, has been serving up Iowa grain-fed beef for over 40 years. You can’t leave Knoxville without stopping at Magpies Bakery. With twenty-eight flavors of cupcakes, you will find one (or twenty) to your liking. 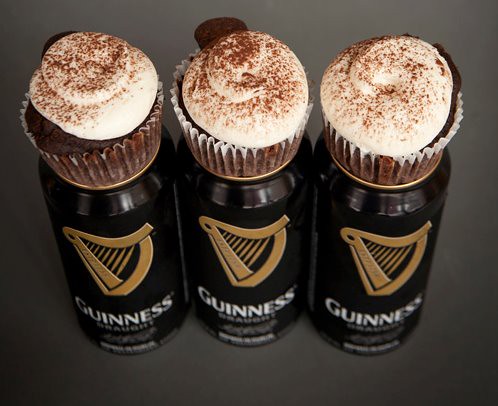 Litton’s has the best burgers in town. Save room for dessert; you’ll regret it if you don’t. If you want to start a fight, try naming the best BBQ in town. A good place to start is Dead End BBQ. The Copper Cellar is a Knoxville tradition and the original is located near UT’s campus. Hit the Sunday brunch. Head to historic Gay Street to the Downtown Grill and Brewery for some craft beer and a variety of food. 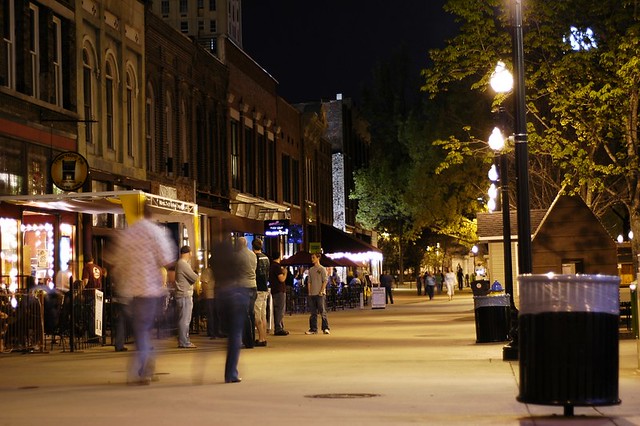 Tennessee orange comes from the common American daisies that grow on The Hill in the spring. The fall foliage glows with a brilliant shade of orange. The Knoxville sunsets even paint the sky orange. Orange isn’t just a color. In Tennessee, life really is orange and white. And for thousands of Tennessee football fans, the most beautiful orange is that of Neyland Stadium Saturdays in the fall. 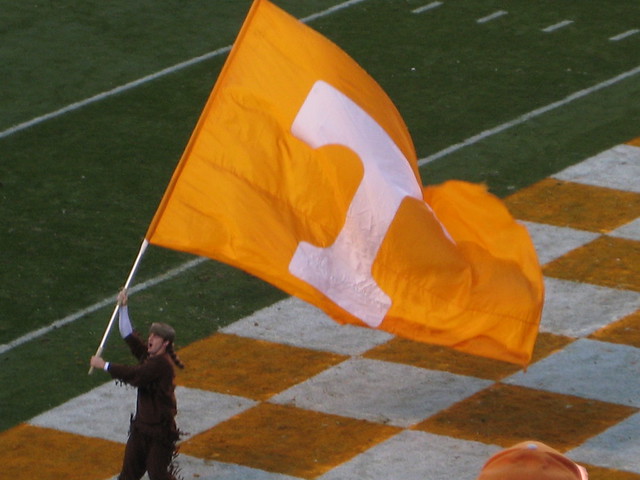