Everyone has a soundtrack to their life and no two people’s are the same. And that’s just how it should be. 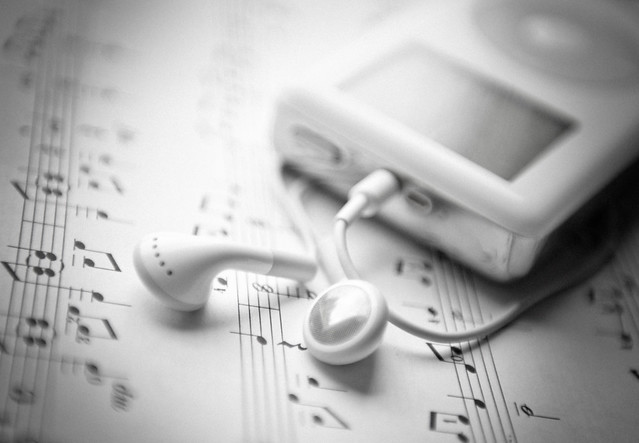 One of my favorite songs comes from fellow Houstonian, Clint Black. If you’re not a country music fan, you may know him from the second season of The Celebrity Apprentice. He’s had countless hits, but one especially resonates within me. In Clint’s 1993 hit, “State of Mind“, he strums his guitar and belts out:

Take you to another place in time

Completely change your state of mind

The lyrics are absolutely spot-on. I’m always amazed at how the opening bars of a song can instantly transport me to another time, place, or emotion. Some songs make me tear up, while others put a pep in my step. Ironically, “State of Mind” takes me to Thanksgiving in Lubbock, Texas. The first time I heard that song I was a sophomore at Texas Tech and cruising down 4th Street in a white pickup with my best friend and her boyfriend, Rob. We were stuffed from a day of eating and looking for a bar that was open. Rob rolled down the windows letting the cold winter air inside and cranked up the stereo.

Indeed, a melody can bring back a memory. 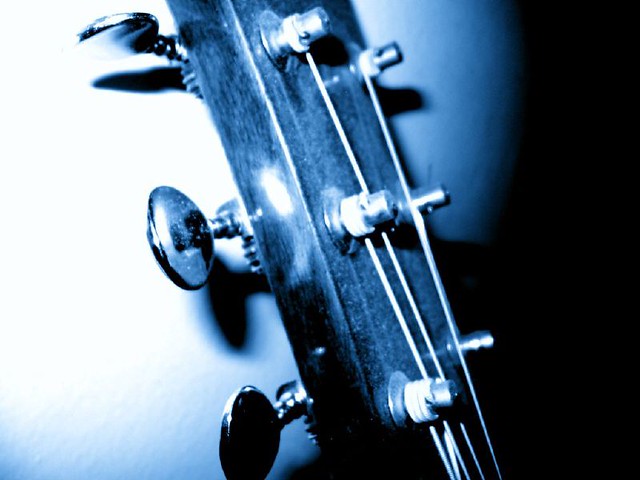 In thinking about this subject, I instantly was able to come up with songs that take me back to a specific time and place. Here are my top five:

“Mrs. Robinson” by Simon and Garfunkel

I wasn’t even born in 1968 when this classic song came out, but my mom and dad loved listening to oldies-but-goodies. During our road trips from Texas to Colorado in the summers, I must have heard this song a million times. Hearing the opening acoustic guitar riff, I’m suddenly eight years old in a beige Suburban. I’m fighting with my big brother, my mother is snapping her fingers at us, and my dad is firmly gripping the steering wheel trying not to explode. 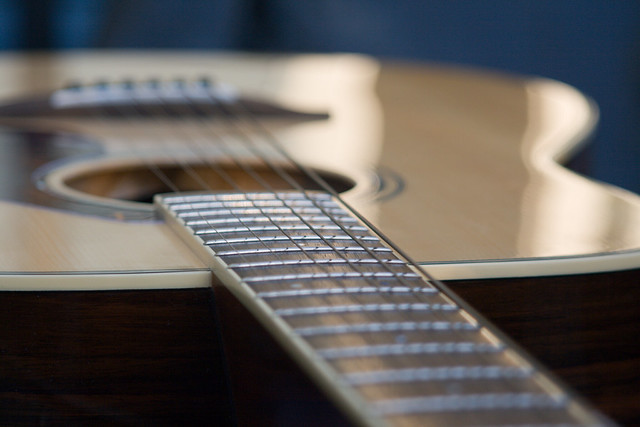 Outward Bound and Marble, Colorado is our final destination. I marvel at my dad and his ability to drive in the mountains. Dad tells me about hair-pin turns and how he knows one is coming up. We snake up a narrow, dirt road, and I try not to look out the window for fear of tipping the car off the cliff. We have to back up to a “wide” spot in the road when we greet another car coming down. I hold my breath, shut my eyes, and sing, “Heaven holds a place for those who pray…hey, hey, hey.”

“Hard to Handle” by The Black Crowes

The Otis Redding remake by The Black Crowes came out in 1990, but it wasn’t until 1992, my senior year in high school, that this Southern-rock hit made an impression on me. It was spring break, and I was a few months away from graduation. I’d never left the country, but somehow I convinced my parents that it was a good idea to send me to Acapulco with four of my girlfriends. This was a time when a passport wasn’t required to cross the border, and there was no need to worry about getting caught up in drug cartel crossfire. Acapulco was far removed from its glory years with Elizabeth Taylor and other Hollywood greats, but it was still magical to me.

I was seventeen and relatively innocent. I’d only drank once before and had no desire to try it again. But something happened when the five of us walked into our first club on the touristy strip in Acapulco. It’s as if the DJ saw us coming, because when we walked in we heard, “Baby, here I am, I’m a man on the scene. I can give you what you want, but you’ve got to come home with me.”  It’s as if Chris Robinson was serenading me. I don’t know if it was the freedom I felt from being in a foreign land or what, but I grabbed a fruity drink and danced with the closest person I could find.

“Crash Into Me” by Dave Matthews Band

In July of 1997, I was about to graduate from college. I lacked nine hours of Spanish credit, so my parents shipped me off to San Jose, Costa Rica. I guess they figured that was cheaper than putting me through three more semesters of school. I certainly wasn’t complaining, but it would be only the second time I’d left the country. Costa Rica wasn’t like it is now. It was still relatively undiscovered. There weren’t tour operators pimping their services or hoards of tourists willing to take them. There was one or two golf courses in the entire country. The only Americans I saw were the ones in school with me or on the beach smoking joints and waiting for the next wave. 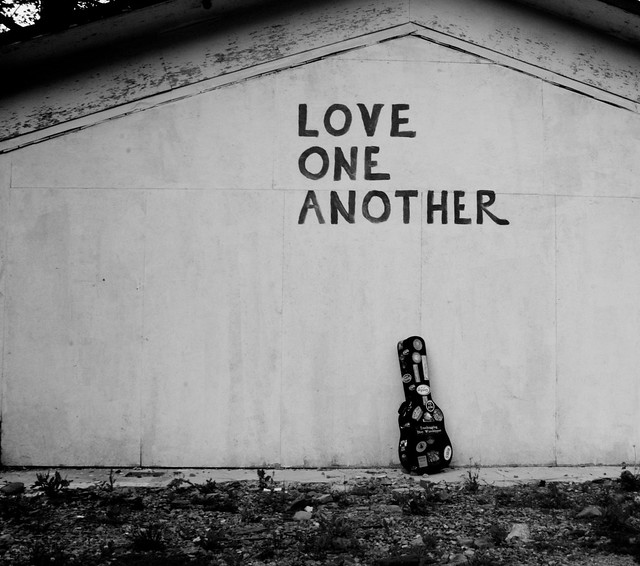 I, along with my classmates, got out of the city every chance we could. For a few colones, we’d catch a bus to places like Quepos and Jaco for a beach weekend. Un-airconditioned, hot, humid, and crowded were the rides, but for someone high maintenance, I didn’t seem to mind. With my foreign-fling-turned-boyfriend-turned-husband, we shared headphones and listened to Dave Matthews.“Hike up your skirt a little more and show your world to me”  took on a new meaning in light of our burgeoning love affair.

It was summer of 1999 and I was making my second trip to Las Vegas. My boyfriend-now-husband and I checked into the Tropicana on the south end of the strip. We dropped our bags in the tidy, yet dated room and set out to gamble. We crossed the bridge over Las Vegas Boulevard and entered the MGM, or the lion’s den as I call it. At the time, the MGM was the largest hotel in the world, and I wouldn’t be surprised if the casino was as well. I carved out a spot at one of the countless blackjack tables, and my boyfriend-now-husband set out to make his fortune elsewhere. After plugging away for several hours playing $5 a hand, there was a tap on my shoulder. I turned around to see a huge grin on his face and a man in a dark suit standing to the side. I’d seen enough movies to know that this could be bad. 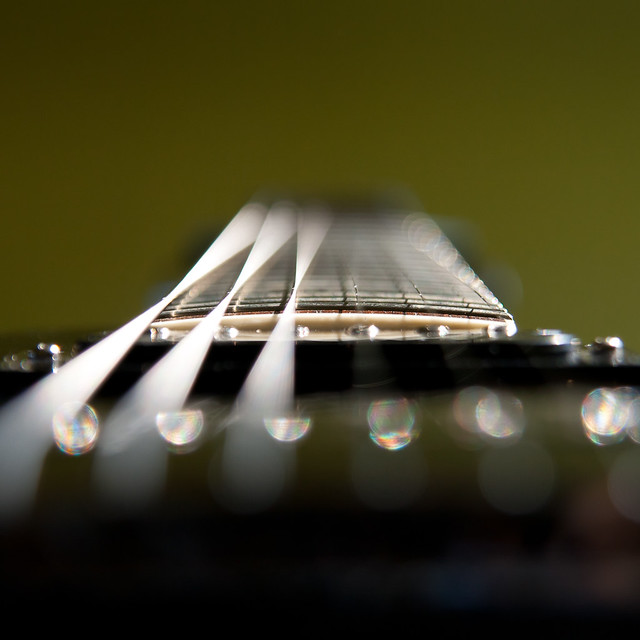 What I learned was that my boyfriend-now-husband hit it big at every single game he played. We were now invited guests of the MGM with a comped suite and meals. We’d been given the keys to the golden city. The VIP lounge was now a place for us to relax and grab a drink without waiting in line. Luggage was transported from our crappy Tropicana room and carried by bellmen to our giant, modern suite in the MGM. Once we got settled, my boyfriend-now-husband pulled out handfuls of $1,000 chips. This was too easy, I thought. I asked him what happened and he replied,“One, two, three, four, five, everybody in the car so come on let’s ride…”  Every time “Mambo No. 5” was played in the casino, which apparently was often, a winning streak ensued.

In 2008 on a southbound train out of Edinburgh, Scotland I sat looking out my fogged-over window. It was July, but early morning and cold. My mother sat next to me with a cap covering up her bald head. She was in remission from ovarian cancer and her hair hadn’t grown back yet. After three days exploring Edinburgh, we were on our way to Durham, England for a friend’s wedding. Mom had never been to Europe and neither had I. 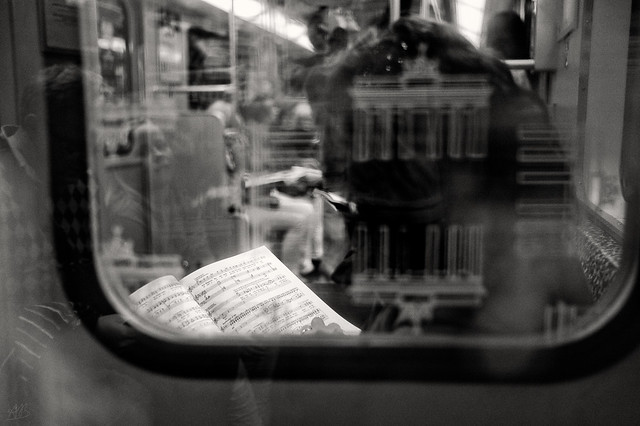 We’d set out on another mother-daughter adventure, but this time things were different. Instead of Mom leading me by the hand, it was I that stabled her as she walked along the cobblestones. I arranged all the travel details and carried all the luggage. Mom had done this for me all of my life; it was strange taking that kind of control. I was happy to have this experience with her, but sad thinking that this could be our last hurrah. I tended to zone out on the seven-day trip, and this train ride was no different. Instead of talking to her, I put in my Bose earbuds and blasted my iPod. I sang along with Chris Martin: 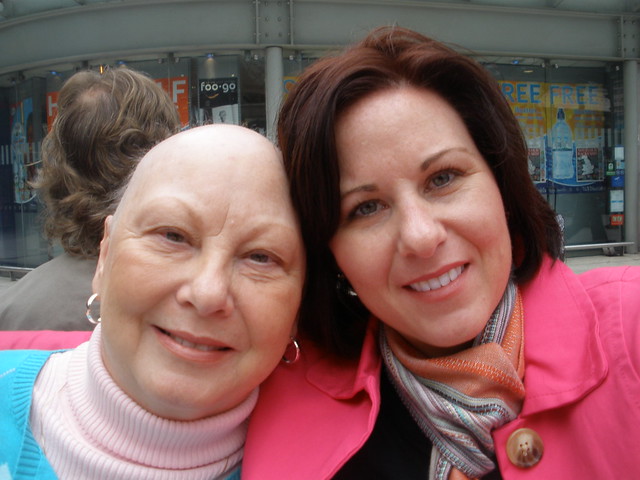 I regret not turning off the music and tuning into my mom. I should have soaked up every minute of that trip with her. How foolish of me. Now when I hear Coldplay’s tune, I feel a mix of melancholy and happiness. I remember my mom in a pink turtleneck and turquoise sweater smiling as she gazed out the train window. What was she thinking? I’ll never know because I was too busy listening to freaking Coldplay.

Now it’s your turn. Do you have a song that instantly transports you to another place and time? What is it? Where do you go?

Lufthansa’s A380 is Texas Sized