Around this time of the year, I see tons of _______ of the month clubs advertised. There’s absolutely a club for everyone’s taste: Bacon, cigar, dog treats, ice cream, PB&J, wine, salsa, teddy bear, flower, olive oil, and even a breakfast club, which makes this 80s child laugh. Seriously, I’ve seen just about everything a person could imagine. 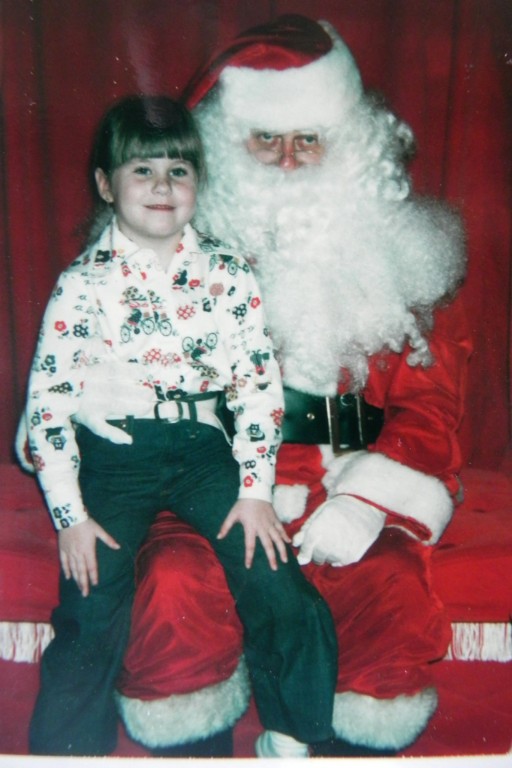 The one thing I haven’t found is a club for travel—a trip of the month club. It certainly would be my dream gift. How exciting would it be to know each month you’d have a trip already planned? One size does not fit all, so obviously this would need to be a customizable gift. So to make it easier on you, Santa {or anyone else}, this is my wish list for the currently non-existent 2014 trip of the month club. 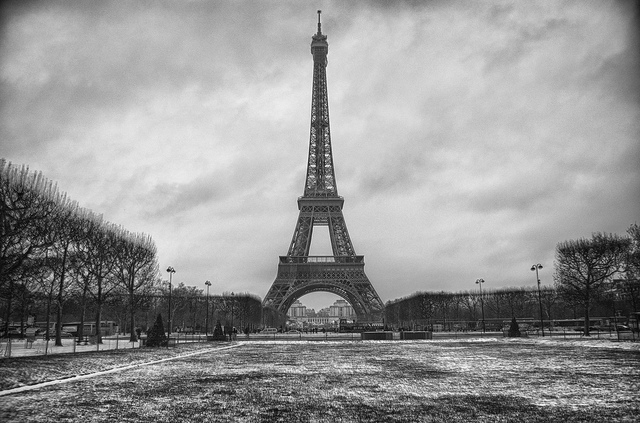 I kicked off my epic 2013 travel year with a quick New York City break, so I think it’s only appropriate to start off 2014 with a trip to another favorite city of mine—Paris. It’s a place that I visited twice, and I just can’t get enough. I tend to think that Santa brought me an early Christmas present when a round trip flight from Houston to Paris for $381 TOTAL was brought to my attention. I snapped it up quicker than reindeer off of a roof. 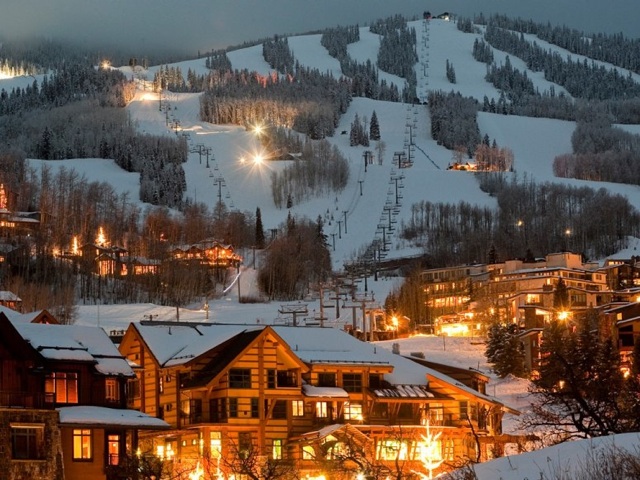 As a kid, I visited Colorado twice per year: once for skiing and once for summer. It’s a sentimental place, and one that I’ve neglected since graduating from high school. In 2012, I made it to Keystone and 2013 took me to Telluride. Thus, I must continue the streak for 2014. Methinks that February is the perfect time for Colorado skiing—the Christmas/New Year crowds are gone and spring break hasn’t yet begun. So, with so many wonderful ski resorts in Colorado, where do I want to go? Aspen and Snowmass will do just fine. 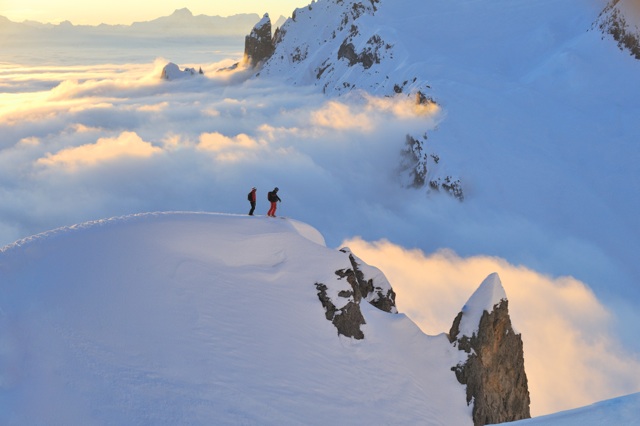 Maybe I have a bit of ski {or après-ski} fever, and there’s no place that will make me feel better than the Alps. In January, I got my first taste of European skiing in Verbier, Switzerland. Oh my! The Swiss Alps rank in the top three most beautiful places I’ve seen. But I’m not picky; any of the Alps will do—France, Germany, Austria, Italy, or back to Switzerland. And while I’m in that neck of the woods, I’d love to explore more of Austria. I suppose watching NBC’s terrible live version of The Sound of Music last week got me dreaming of Innsbruck, Salzburg, and Vienna. 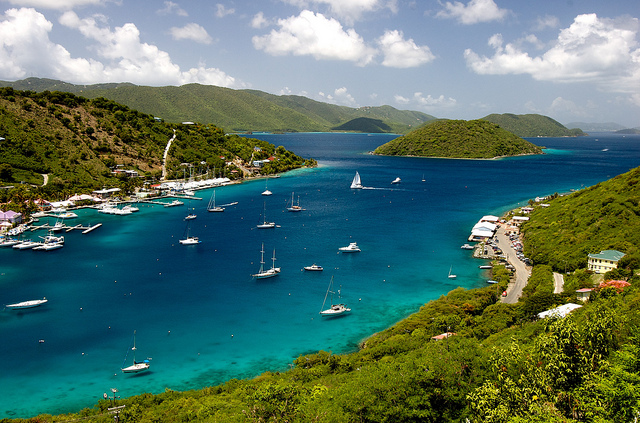 My travel life has totally been lacking in Caribbean time. I think April is a great opportunity to rectify that situation. Hurricane season has long passed, and after so many cold weather destinations, some sun-provided vitamin D is in order. The British Virgin Islands have been calling my name lately. With the pristine beaches, gorgeous water, and proximity to home–sign me up. Plus, there’s the BVI Spring Regatta happening at the beginning of the month. I’ve never fashioned myself as a sailor, but I love dressing the part. 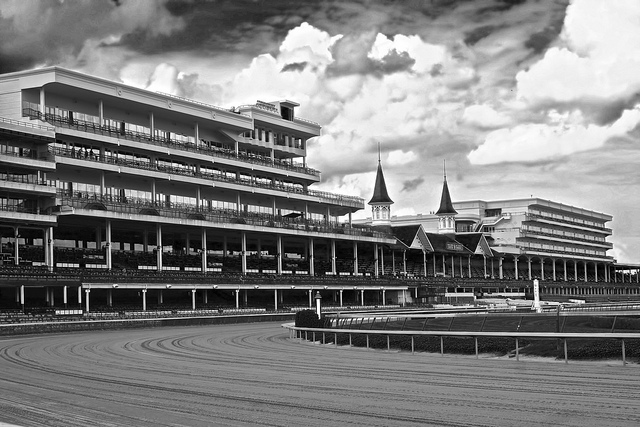 Three things that you probably don’t know about me: I like hats; I like tradition; and I like mint juleps. There’s nothing that combines these three things quite like the Kentucky Derby. Oh yes, I’m dying to visit Churchill Downs donning my biggest straw hat, and sip mint juleps from a silver cup while singing “My Old Kentucky Home” at the top of my lungs. I’m ready–I even know how to pronounce Louisville like the locals. 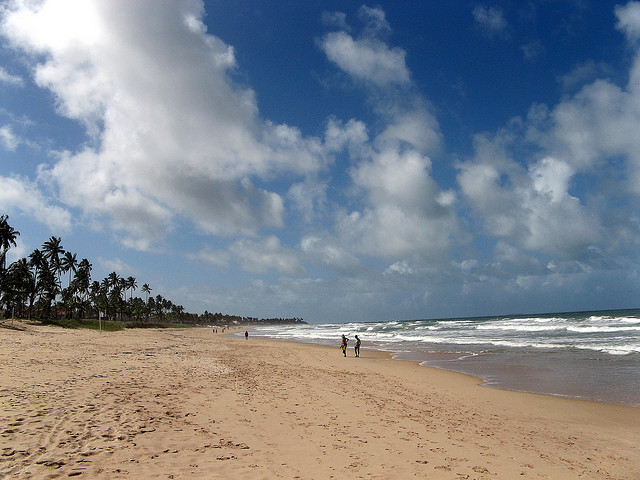 I’m not really a soccer {or football} lover, but I am a sports fan. After watching the brouhaha of the World Cup in South Africa four years ago, I decided that I wanted to experience this storied event for myself. It doesn’t hurt that the World Cup is being held in Brazil either. Hello! I’d love to be drinking caipirinhas and sporting the stars and stripes in Recife when the US of A plays Germany on June 26. USA! USA! USA! 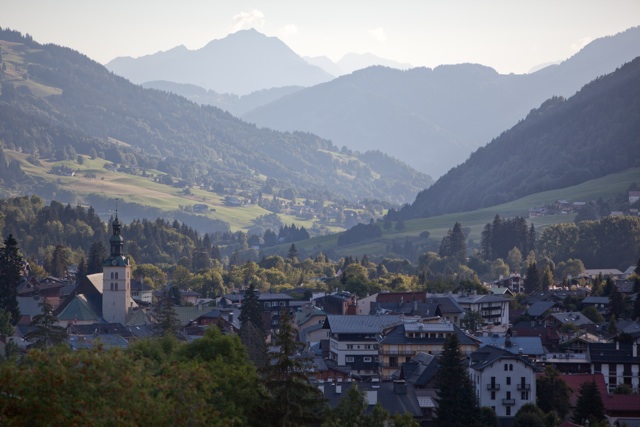 You’d think I’d learn my lesson about traveling to Europe during the summer, but alas, I’m just too thickheaded to learn. Perhaps if I stay out of the cities and visit the country then I’ll be better off. I’ve always wanted to explore more of France, only having been to Paris and Burgundy. I think the French Alps are calling my name. Higher elevation means lower temperatures and France means French wine and cheese. Plus, I’ll get to see what’s under all that snow and ice. 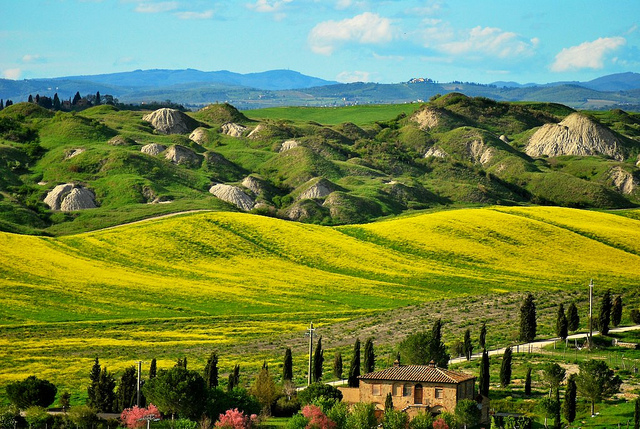 This is a VERY special month for me. On August 16, I turn 40. You know what also happens on August 16? The Palio in Siena, Italy is run. This historical horse race is decidedly older than me {having been run since 1656}, but it doesn’t miss a step. Thousands of people pour into Piazza del Campo to cheer on their favorite contrada. No doubt there are large quantities of Italian wine and food devoured during the celebrations. The Palio would be one big Italian-themed birthday party. The only thing that would make my 40th birthday better would be a villa in the Tuscan hills to share with a few of my dearest friends. Splendido! 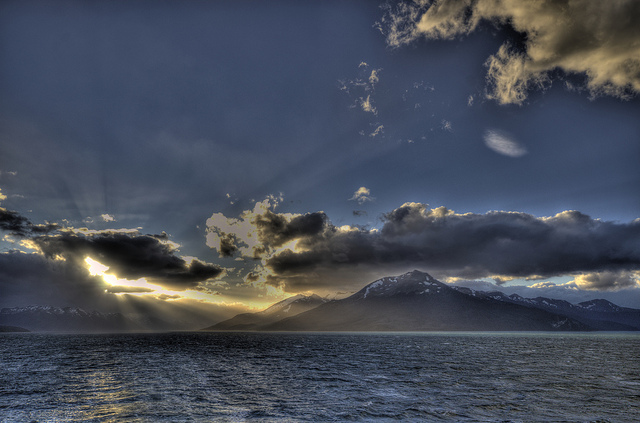 I think South America and I are going to be good friends in 2014. On the heels of the World Cup in Brazil, I think I’ll have hankering for more. I like the sound of Chile in September. Things are warming up south of the equator, and the country makes some brilliant red wines. There’s like a million wineries located in the valleys around Santiago, and everyone knows that wine is always tastier at its source. Too bad harvest season is February through May, because there are some awesome-sounding festivals occurring. Why not just go during that time, you ask? Well, I want to visit Patagonia, and it’s just too damn cold during that time of the year. Plus, I might be able to catch the impossible-to-predict, desierto florido {flowering desert}. Perhaps two trips to Chile are in order. 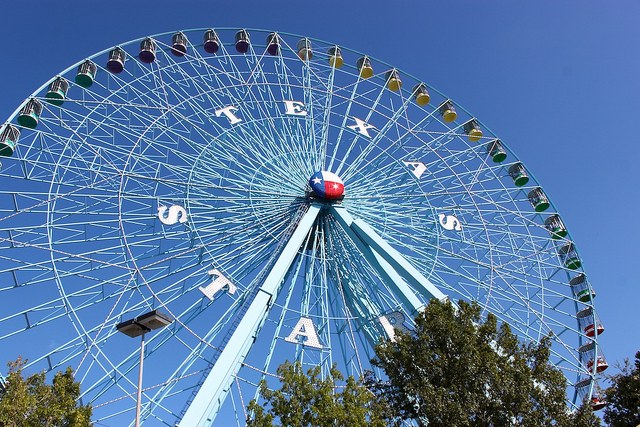 With so much worldly travel, I think I’d like to spend a little time in the great state of Texas. The heat has subsided, and it’s the thick of college football season. This is also when the State Fair of Texas occurs in Dallas. From Big Tex to the giant Ferris wheel to the Red River Rivalry to the assortment of fried food options, this is the only time that you’ll hear of me clamoring to visit Dallas. It’s a Houston thing, y’all. 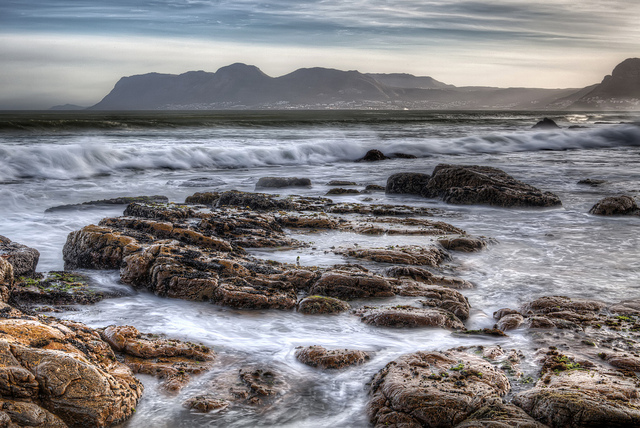 South Africa, and really the better part of Africa, has been my coveted destination for years. I’ve yet to step foot on the continent, but have been obsessing about it more than usual lately. I need to see the Big 5. I need to drive the Garden Route. I need to drink South African wine. I need to cross this off my to-do list in 2014. 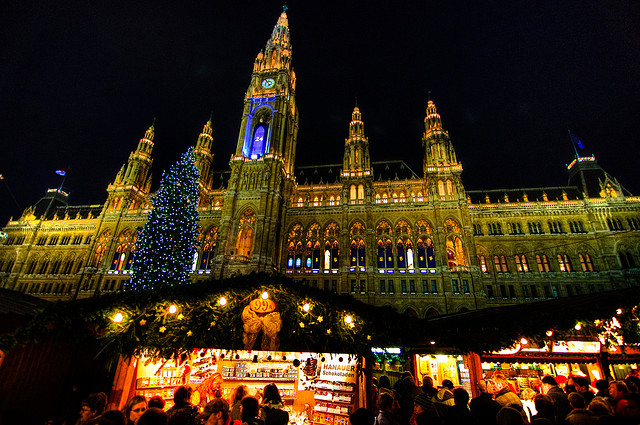 The twelfth month of the year is my favorite. I love the merriment and, quite frankly, the cold weather. Frosty hands, ice cube toes, tall boots, a red nose, and wool coats are some of my favorite things, because with them come Starbucks red cups, the Nutcracker, family, turkey and dressing, and Christmas lights. I can’t imagine an area that encapsulates this time of the year like Budapest, Prague, and Vienna. Known for their Christmas markets {and mulled wine}, I’m dying to visit all three during December. I had the pleasure of seeing them in July of this year, but I can only imagine how magical they are around Christmas. Yes, I’m dreaming of a Hapsburg Capital Christmas.

So, Santa, if anyone can whip up a trip of the month club at this late date, it’s you. Thank you for all the great gifts you’ve given me in the past, even when I should have made the naughty list. And if you want to meet me in Paris or Aspen, that would be totally cool. I imagine you could use a vacation after the busy holiday season.

Global Entry: Yet Another Advantage to Having Never Been Arrested